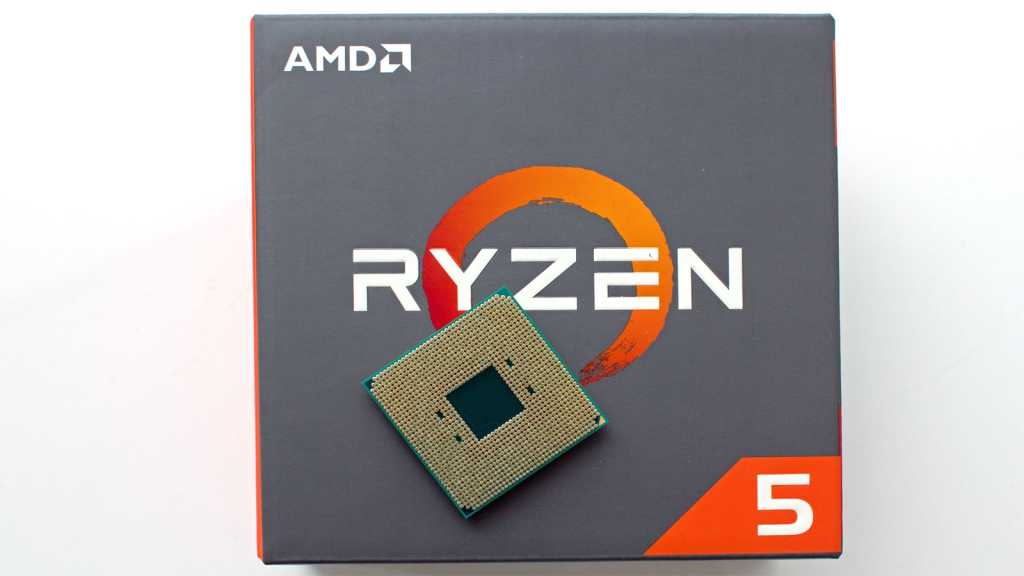 Although a little more expensive than the i5-7600K, it’s easy to see that the Ryzen 5 1600X is better value for demanding tasks such as 3D- and video rendering, video editing and compressing and decompressing files. The Intel chip still has an advantage for gaming, but as games are optimised for AMD’s new processors the gap will narrow.

We said it before and we’ll say it again, this really is an exciting year for desktop PCs. We haven’t been able to say that since, well, forever. It’s mainly because Intel has been so dominant in the CPU arena, but AMD Ryzen is turning everything on its head.

We’ve already reviewed the Ryzen 7, which offered essentially the same performance as Intel’s best at half the price. Now it’s the turn of Ryzen 5.

Because mid-range processors are much more competitive on price, we weren’t expecting Ryzen 5 to come in and undercut Intel’s Core i5 by half. No, here AMD competes by offering more cores and threads at a similar price to Intel.

We’ve tested the Ryzen 5 1600X against the Core i5-7600K because of their prices. But the Intel chip has only four cores to play with and doesn’t support Hyper-threading which doubles the number of threads.

The 1600X, on the other hand, has six cores and does support AMD’s version of Hyper-threading, which is called SMT. This gives the 1600X 200 percent more threads than the 7600K. So it should be an easy win, right?

Before we get to the benchmark results, let’s talk price and features.

That’s £1 less than the RRP: it’s brand new, so don’t expect to see any discounted prices for a while. 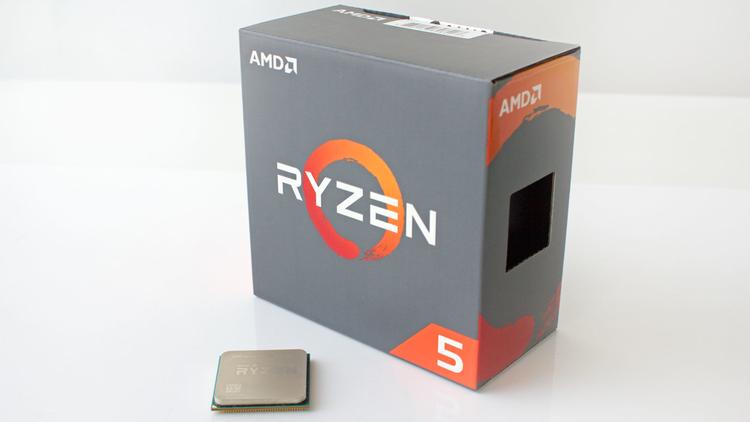 Here’s a summary of the Ryzen 5 range to show you how the 1600X compares with its siblings:

Separately, we’ve compared the latest Core i5 range with the Core i3.

Look closely at the specifications, and you’ll quickly realise that the 1600X seems a lot like a Ryzen 7 1800X. And there’s a reason for that.

The 1600X is basically an 1800X with two cores disabled. The 1800X is configured as two quad-core chips. AMD calls these Core Complex (CCX) units.

In a 1600X, one core from each CCX is turned off, effectively making it a dual-tri-core CPU, if that’s not too confusing.

These cores run at the same frequency as the 1800X: 3.6GHz base, rising to 4GHz (or 4.1GHz when using XFR). For more details on XFR and the SenseMI features, read our Ryzen 7 review.

Both chips are also unlocked and therefore overclockable.

Rather than using the X370 motherboard as for the Ryzen 7, AMD sent us an Asus Prime B350-Plus board with a newer BIOS that would allow for the best performance. (The tweaks in this BIOS version have subsequently been made available for X370 boards, we’re told.)

The B350 is the other chipset which supports overclocking and is a better match for the cheaper Ryzen 5 chips as it costs just under £100. 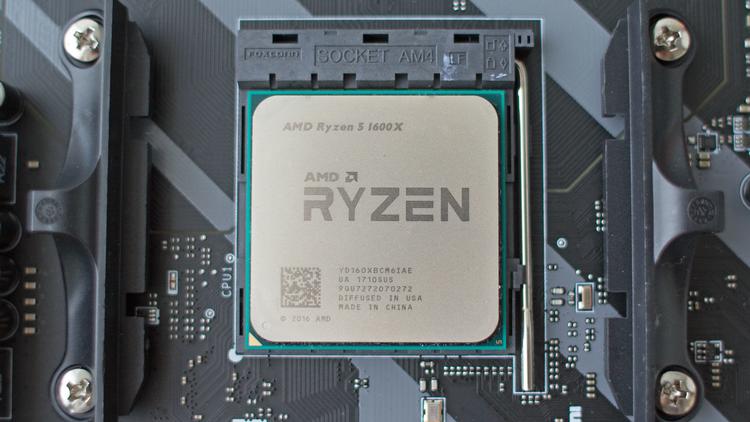 We used the stock AMD cooler on the 1600X and installed a pair of GEIL 8GB DDR4 memory modules, setting the timing to the figures AMD specified, and found they were stable at 3200MHz.

Then we stuck with the same GTX 1080 Founders Edition graphics card that we used for the Ryzen 7 tests.

Windows 10 was clean installed on a 256GB Kingston HyperX SSD, again just as we did for the Ryzen 7 review.

As you’d expect, the Cinebench single-thread result for the 1600X is pretty much identical to the 1800X as the individual cores are the same. But armed with just six instead of eight of them (and 12 threads rather than 16) the 1600X could muster ‘only’ 1246 in the multi-threaded test.

The i5-7600K, with only four cores and no Hyper-threading is around half as quick, scoring just 691.

7-Zip’s built-in benchmark also shows the benefit of those extra cores and threads, with the 1600X being – almost –twice as quick as the i5-7600K.

The Ryzen’s advantage lessens in the synthetic Geekbench 4.1 test, but the 1600X still commands a good lead. But again, when only one thread is used, the Core i5 skips back in front.

PCMark 8 is a much more real-world test, and here the Ryzen 5 displays its prowess in the Creative test (which includes encoding, photo editing and other ‘creative’ tasks).

It doesn’t out-punch the i5-7600K in the Work test which is made up of those undemanding tasks  like web browsing, spreadsheet work and Skyping.

When it comes to gaming, 3DMark offers some insight as to how Ryzen has the advantage when games take full advantage of every core and thread.

Overall, the FireStrike scores are similar, with Ryzen having a small lead. The Physics test (not shown in the graphs) demonstrates the theoretical performance advantage: the 1600X scores a whopping 16688 against the i5-7600K’s 6687.

But this isn’t a real-world test, and until real games start using all 12 threads, it’s rather a moot point.

In Ashes of the Singularity: Escalation, which has been optimised for Ryzen since the 1800X came out, the scores are virtually identical.

But when you lower the graphics quality and use the mode which tests the CPU more than the graphics card, Ryzen pulls further ahead.

In the DirectX 12 mode of Mankind Divided, Ryzen loses, but not by much.

As AMD has been at pains to point out, games are being optimised for Ryzen and performance will improve. If you’re concerned that developers might not bother doing this with older titles, it’s nothing to worry about since – as long as your PC is equipped with a decent graphics card, games from a few years back should run smoothly no matter which processor you have: Ryzen 5 or Core i5.