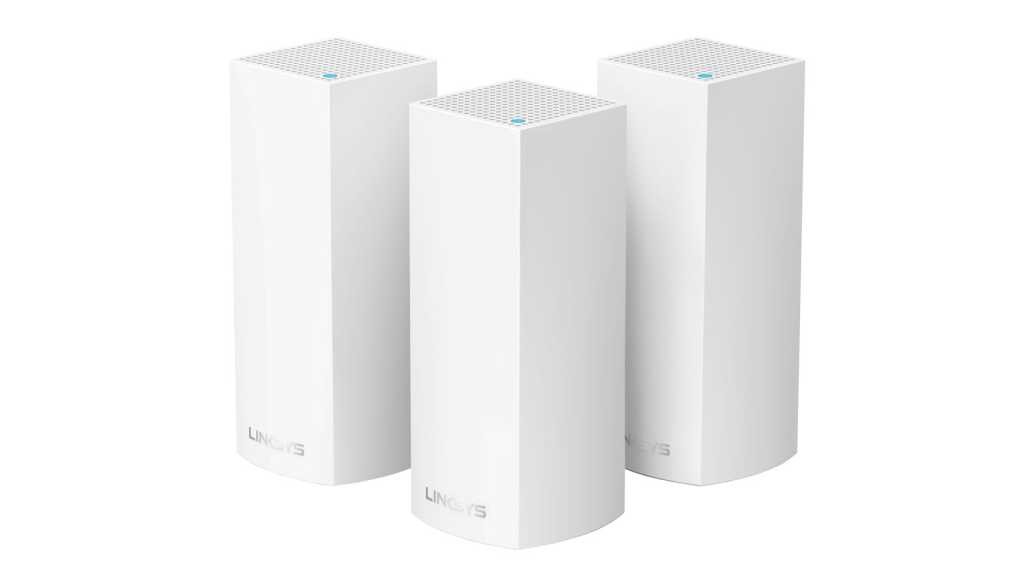 If your home is on more than one floor, or has a tricky dead-spot, then the simple set-up process and solid performance of the Velop could be the ideal solution for improving Wi-Fi reception throughout your home. The problem is the price: it’s more expensive than BT Whole Home Wi-Fi and Google’s Wifi. And, since the speed that it offers will be way beyond the speed of most current home broadband services, the Velop might be a case of overkill unless you have a large home that needs really extensive Wi-Fi coverage. If price is an issue, then Linksys now has a cheaper Velop Dual Band option.

We’ve seldom seen a new(ish) technology throw up so many new products in the space of a few short weeks, but ‘mesh networking’ has really taken off since the end of 2016.

Following on from the Netgear Orbi, Devolo Gigagate and BT’s Whole Home Wi-Fi, the latest new arrival is the oddly-named Velop from Linksys. You’ll find more alternatives in our roundup of the  best mesh Wi-Fi kits.

Like its rivals, the Velop uses multiple devices – rather than just a single router – which you can place in different rooms in order to establish a really strong and reliable Wi-Fi network throughout your entire home.

Just remember that, like most of its rivals, the Velop is only a router – it doesn’t include a modem for Internet access, so you’ll need to connect one of the Velop units to the existing modem/router that provides your broadband connection at home.

You have three options when purchasing the Velop. You can buy a single ‘node’ for £199 from Currys, which is quite pricey given that it effectively just acts as a straightforward 802.11ac router.

Of course, it is a bang-up-to-date router that provides tri-band 802.11ac on 2.4GHz and two 5GHz bands with 2×2 MIMO and a pair of Gigabit Ethernet ports.

A pack with two nodes costs £349 from Currys, which is a little less expensive than the two-piece Netgear Orbi (£370). There’s also a kit with three nodes available for a hefty £499 from Currys, which seems pretty steep, given that the three-piece BT Whole Home only costs £299.

Linksys also has a Velop Dual Band system that is £219 for a set of three which is much better value.

The Velop devices are attractively designed, with each node being shaped like a little white ivory tower. The nodes are all identical, so they all have two Ethernet ports in the base that you can use for wired connections, along with the Wi-Fi features.

Somewhat annoyingly, the Velop app – available for iOS and Android – forces you to provide an email address and password in order to set up an account with Linksys before you can even start to set up the Velop itself.

But once that’s done, the actual set-up process is very straightforward.

The app initially uses Bluetooth to connect directly to each node and configure it for you, and the app then checks to confirm that the Velop nodes have successfully connected to the Internet before you switch all your devices over to the new network.

But, as we’ve seen with some of the Velop’s rivals, the simplicity of the app does have limitations. There’s no browser interface available so that more experienced users can configure the Velop from a PC or Mac, and apart from the ability to create a guest network, or to change the network name and password, there’s not a lot of configuration options available in the app at all.

The highlight here is the ability to prioritise up to three devices for maximum bandwidth and performance, which would be useful if you have a particular PC or tablet or laptop that needs good performance for streaming video or playing games.

If the iMac switches to the Velop Wi-Fi network it can no longer see the printer connected the Home Hub.

But each Velop device does have its own Ethernet ports, so we could just attach the Ethernet cable for the printer to the Deco and it will worked fine.

As a reference point, our BT Home Hub 5 provides a speed of 93.8Mb/s to devices located in the same room.

However, this drops to a mere 9.3Mb/s a couple of rooms away through walls and doors.

The signal can be so unreliable that we’ve resorted to powerline adaptors to provide a wired connection to PCs far away.

With one Velop node connected to the BT Home Hub it produced an average speed of 450Mb/s in the same room, which is what we’d expected from a device in this price range.

However, it’s when you add a second Velop node that the real gains are seen. In the same far-range position where the Home Hub 5 gave 9.3Mb/s, the Velop boosted speed to a steady and reliable 300Mb/s.

A powerline kit with built-in Wi-Fi is a cheaper alternative for most people, but the convenience of having a single Wi-Fi network could make the Velop (or the other mesh network systems) more attractive to you.