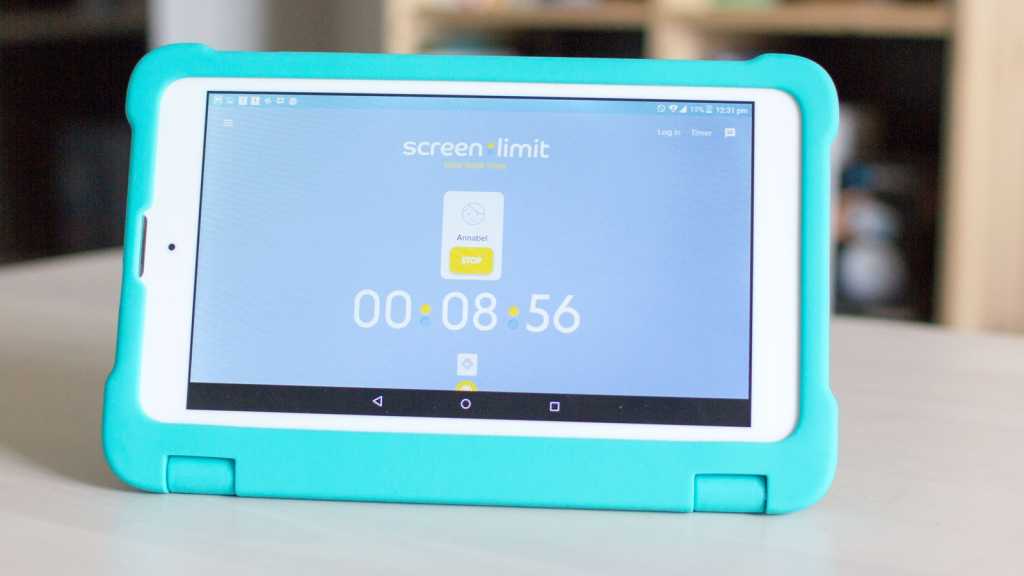 Screenlimit does its job well: it lets kids use various devices through the day and ensures they have only as much screen time as the parent allows. There’s room for improvement, particularly for warning kids that their time is almost up and in the ease of setting up schedules, but there are plenty of updates in the works. Overall, Screenlimit is an affordable service that does what it says.

As the name suggests, ScreenLimit is a service whose aim is to ensure kids don’t use their screens too much. It puts you in control, not only over how much screen time they have each day, but also which apps they can use on their devices. If you’re unsure, we’ve written a guide on how much screen time is healthy for children.

The app is available on Windows, iOS, Android and Amazon Fire which covers a lot of the devices your kids are likely to use. Currently macOS is not supported, but this – along with Chromebook support – is planned for the near future.

There’s a free version of Screenlimit which gives you basic blocking of apps, but if you want the schedule and timed mode (and you need those to restrict how much kids use their screens) then it’s £2.99 per month for an unlimited number of devices (and up to 10 children).

Alternatively you can opt to pay £29.99 for a whole year or a one-off lifetime payment of £75. All of these options can be bought direct from  ScreenLimit.

There are of course other apps which can do a similar job. See our roundup of the best parental control software for more.

Screenlimit lets you do two things that – without the app – are very difficult on most tablets and phones. First, you can set a timer which determines how much screen time a child can use on a particular day.

It runs in the background and monitors how long each app is used for and disables access to those apps once the daily allowance is used up. Certain apps – including those you choose – don’t count against the allowance, so kids can use them as much as they like. For example, an app that lets them read ebooks might be considered ‘good’ screen time.

The second main feature is blocking. From the ‘parent device’ you can remotely choose to block or unblock a child’s device (which effectively allows or denies them access to it) and also block or unblock individual apps. So if you don’t want them using YouTube at all one day, you can block it from your phone or any web browser.

There’s a rudimentary instant messaging system too, but this broadcasts to all children and devices. You can’t send a message to a specific child, and siblings can’t message each other. 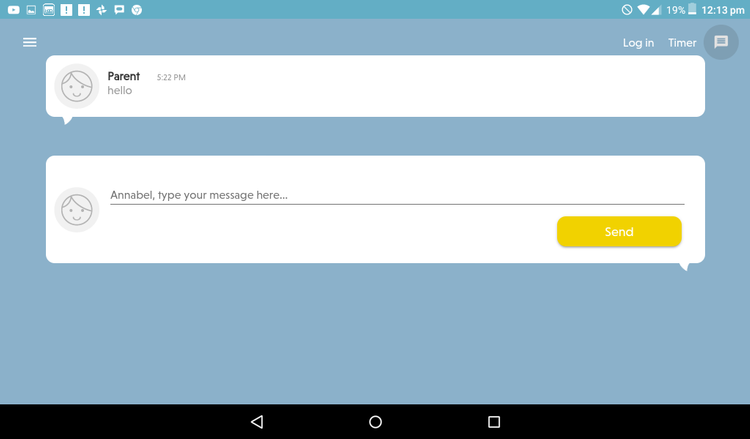 If your child has an Amazon Fire tablet, you might find it already has all the parental controls you need in the Fire for Kids app, which has child-friendly interface and the ability to block apps, set time limits and more.

And if you’re choosing a tablet, check out our list of the best kids’ tablets.

Screenlimit review: Setup and use

Setting up Screenlimit is as simple as creating an account and then installing the app on each device you want to control. It’s also best to install it on your own phone or tablet, which will become the Parent Device.

Once you sign into the app on each device, it can be controlled in almost real-time from the Parent Device. You can see a list of apps installed and their status: timed, blocked or unlimited. By default they’re all set to timed, which means when your child uses them their daily time limit will go down. 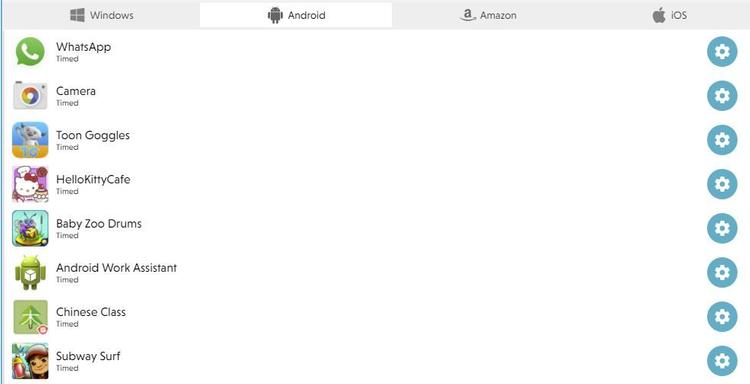 As the system is all about screen time, the safety aspect is up to you: there’s no content filtering beyond the ability to block entire apps (such as YouTube or the web browser).

On an iPad or iPhone, Apple’s restrictions mean you have to either block or allow all the apps as one. There are three exceptions: Safari, Camera and App Store. Via Screenlimit you can set these to unlimited use even if the device is blocked. Rewards (see below) and schedules work just as they do on Android and Windows.

When a child gets near to their time limit, a pop-up will show on screen telling them how much time they have left which – in theory – prepares them for the end of their screen time.

On Windows, they’ll hear an audible ‘ding’; on iOS the standard alert sound. Android and Amazon devices remain silent and use a system message pop-up, but the plan is to move to the Android notification system which will improve things, as the system pop-ups are easy to miss as they disappear quickly, and small children aren’t likely to be able to read them anyway. This just leads to frustration when the time is up.

And once all the time is all used up, attempting to use any timed apps will trigger a message telling them that the app is blocked by Screenlimit.

They can use the Screenlimit app on their device, even if they’re out of time, to message the parent and potentially request more time by completing tasks.

We particularly like this reward mechanism. You can create as many tasks as you like, such as doing homework, emptying the dishwasher or brushing their teeth, and choose how many extra minutes they’ll get if they complete them, and how many times per day they can get the reward.

The child can use the Screenlimit app to tell the parent the task is complete and – once the parent verifies this is the case (or trusts their offspring is telling the truth) – they can go to the Child section of the app and tap the Awardable Tasks button.

Having a daily time limit is one thing, but Screenlimit goes further and lets you choose when screens can be used.

This all happens in the Plans section of the app. It lacks polish at the moment, but is perfectly functional. 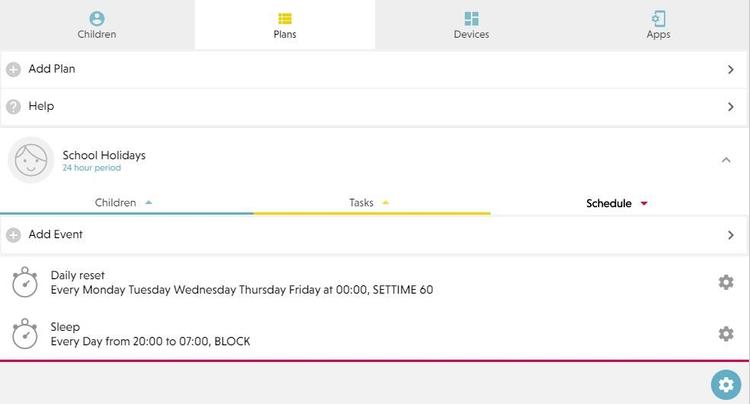 A plan is basically a schedule which controls when kids can and can’t use their device, and it can be different for schooldays, weekends and holidays.

You then have to set which child is on which plan manually, there’s no automatic switching based on day of the week or the date, but Screenlimit is looking into adding this feature.

And talking of upcoming features, there are plans to improve the messaging system by adding voice messages. Plus, you will soon be able to see which app a child is currently using.

If your kids share devices, you can stop them from using up each other’s time by creating a PIN. Then, as long as they keep their PIN secret, only they can start their session.

The fact that the timer is kept in sync across multiple devices is the real benefit of Screenlimit compared to, say, Amazon’s Fire for Kids app. That works fine as long as the child uses only that device, but if they use various screens then Screenlimit really comes into its own.