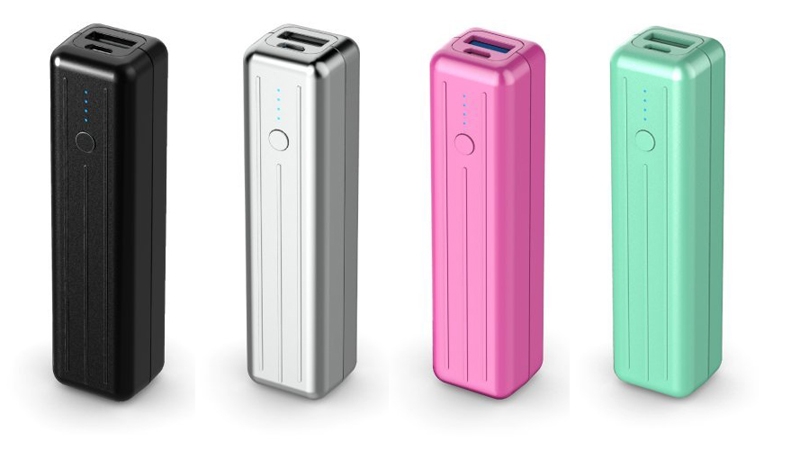 Sharing many of the same qualities as other devices in Zendure’s superb power bank line-up, the A1 is one of the better lipstick-style portable chargers we’ve seen. However, it is lesser specified than its brothers, and if you can afford to go up a rank to the £25.95 Zendure A2 we absolutely recommend that you do.

Zendure makes some of the best portable power banks we’ve seen, with a superb blend of high build quality, usable capacity and pocketability. The Zendure A1 is the smallest and most compact in the range, which now runs from this 3,550mAh A1 to the 26,800mAh A8 QC. Also see: Best power banks 2018.

You can buy the Zendure A1 from Amazon, where it costs an affordable £15.95 and is available in the usual Black or Silver, plus new Magenta and Mint colour options.

That puts it at just over half the price of the excellent 6,700mAh Zendure A2 (£25.95), which sits at the top of our power banks chart. Also see: How to charge your phone’s battery faster.

Naturally this is a much smaller device, roughly half the width of the A2 but slightly taller, at 96x25x23mm. At a quick glance it looks to have much the same design, with its ultra-tough crushproof plastic and ribbed shell that always reminds us of a Pelican case.

Unlike the A2, there’s no rubber band running the circumference of the power bank and protecting it from drops. There’s also no room for the embossed Zendure logo on the device’s front, which means where we would usually see the rubber band there is a logo and a series of specifications printed in very visible white. This approach just doesn’t afford the Zendure A1 the same premium design. Also see: How to improve smartphone battery life.

It’s bundled with a black cushioned mesh carry case, which makes a nice change from the grey cloth bags usually supplied with Zendure power banks – one we will no doubt find less easy to break, since the old ones had a habit of losing their drawstrings should you pull just slightly too hard on the cord. You also get a flat Micro-USB cable, though unlike the other models in the range the larger end doesn’t feature a reversible connector.

The two power banks share many of the same specifications, including the ZEN+ intelligent device-recognition technology, auto-on functionality and unbeatable long-term standby – the A1 can be left six months without use and still hold on to 95 percent of its charge. Also see: Best MiFi 2017.

There’s pasthrough charging too (referred to here as charge-through technology), which is a must if you’re short on power outlets or USB adaptors and would like the ability to charge both the power bank and a connected device at once.

Zendure batteries also offer very good energy efficiency, able to deliver around 80 percent of their total capacity to the end device, whereas most power banks max out at between 65- and 70 percent.

Whereas you might get two or possibly three (depending on the capacity of your phone’s battery) charges from the A2, you can expect one full charge for most phones from this A1, and potentially two if you’re using an iPhone or other low-battery-capacity device.

In many respects then, as lipstick chargers go the Zendure A1 is one of the better examples we’ve seen. Unfortunately, in terms of performance it falls more in line with those rivals than with the rest of its family.

With a 5V/1A (5W) USB output you’d be hard-pushed to find a slower power bank for charging up your phone, but the Zendure is small enough that it could sit in a pocket with that phone as you do so – you don’t need to be in a rush.

When the battery is depleted it will take around two hours to refill using a 7.5W charger, which is the maximum input the A1 can accept.