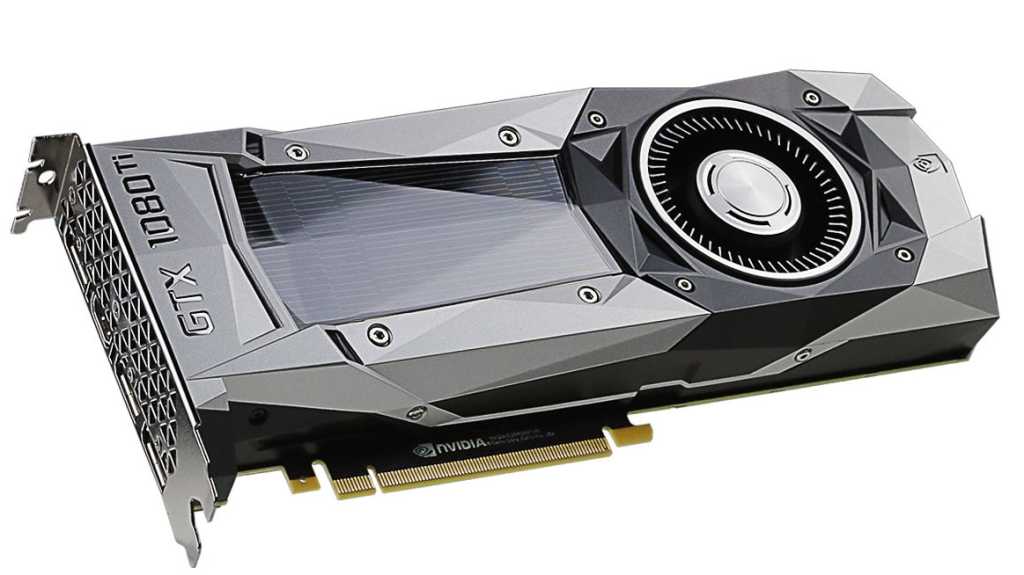 The GTX 1080 Ti Founders Edition is expensive, but offers stunning performance. Manufacturer overclocked versions will arrive soon and may be better value, but you can overclock the Founders Edition fairly easily yourself. If you’re not planning to buy a VR headset, you can save money and buy a GTX 1080, but if you can afford it, the 1080 Ti still offers good value and will be more future proof. However, AMD’s Radeon RX Vega cards will be out soon, and it’s worth waiting to see if they’re better value still.

Before Nvidia announced the 1080 Ti, the performance king was the Titan X. But no longer. The 1080 Ti is the fastest consumer graphics card you can buy right now, soundly beating the GTX 1080 too. Here we review the EVGA GeForce GTX 1080 Ti Founders Edition.

So what is the GTX 1080 Ti? Well, it’s the pinnacle of what’s possible with the Pascal architecture, at least for now.

To look at, you won’t immediately spot the difference between the Founders Editions of the 1080 and 1080 Ti as they both look the same although they do have slightly different sets of video outputs. The 1080 Ti lacks DVI, but a DisplayPort to DVI-D adaptor is included in the box.

You can buy the EVGA GTX 1080 Ti Founders Edition for £699 from Ebuyer, so even though it’s quicker than any GTX 1080 you’re paying a good chunk more for that performance. 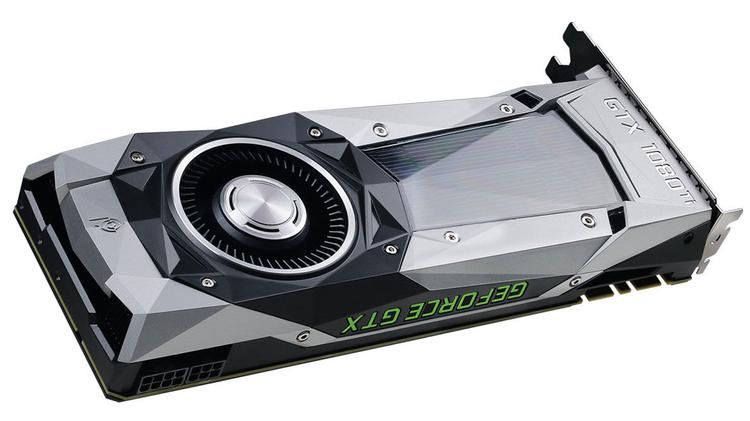 There’s just one fan on the card, and it runs surprisingly quiet even when playing games.

A backplate covers the entire top side of the card – the top when installed in a PC – and means there’s no circuit board on show at all. It also adds strength and dissipates heat. Nvidia is keen to point out that the card is built using premium materials including the die-cast aluminium body, and has a seven-phase dualFET power supply.

The two cards specifications are very similar, with the 1080 Ti using the same GP102 processor as the Titan X. The boost frequency is higher at 1.6GHz, and it has the same 3854 CUDA cores. RAM allocation is 1GB less at the odd amount of 11GB, but it runs 10 percent quicker at 11GHz. These higher frequencies are likely thanks to that improved dualFET power supply.

So, the 1080 Ti makes the Titan X irrelevant for gamers, as it is £300 cheaper. But it doesn’t make the 1080 irrelevant, mainly thanks to its large price drop that makes it much better value than before. 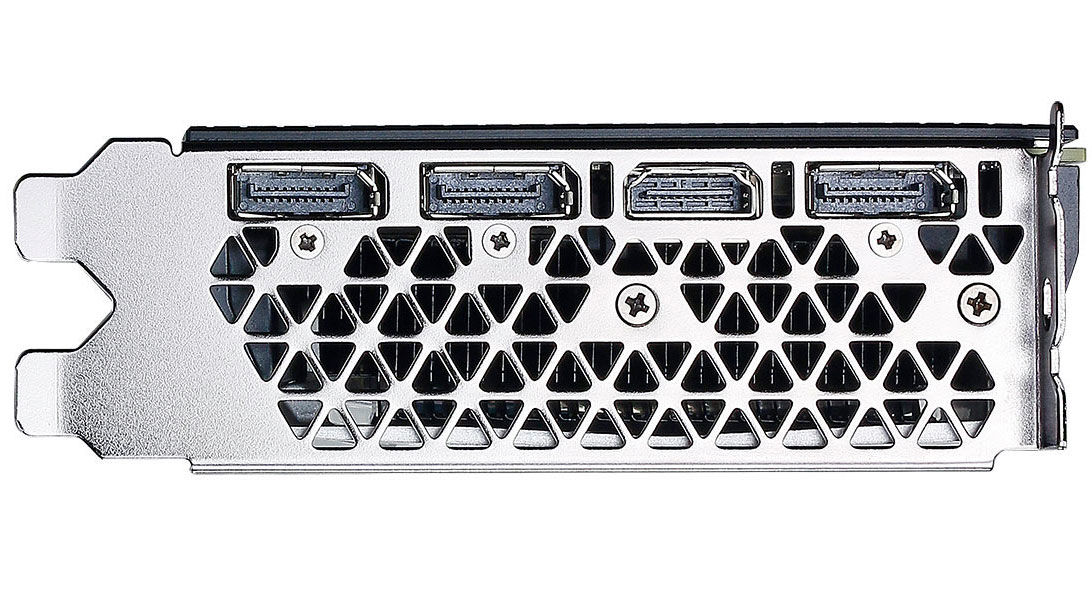 As you’ll see from the results below, the 1080 Ti is faster, but unless you want to pay that extra £200 to turn up the quality to max at 4K or run a multi-monitor setup, you could easily get away with a 1080 and still play at 4K.

If you’re coming from a GTX 980 Ti, the 1080 Ti is – in some cases – twice as fast. On average, it’s roughly 60 percent quicker. That’s a massive increase, and you will need that extra performance if you’ve just bought a 4K monitor or a VR headset. But, as we’ve said, you’ll still enjoy around a 30 percent boost by upgrading to the cheaper 1080. Plus, the 1080 uses around 70W less than the 980 Ti and 1080 Ti, which might be a big advantage if you’re running near the limit of your power supply’s wattage.

Unfortunately we didn’t have a 980 Ti to hand to re-test alongside the 1080 and 1080 Ti, but our results from last year show this is the case.

We used a slightly different test rig than our usual one, so we can’t compare performance to other graphics cards we’ve reviewed. But we did retest the GTX 1080 alongside the Ti so you can see exactly how much quicker it is in some popular benchmarks and games. The rig has 16GB of DDR4 RAM, an Intel Core i7-4770K CPU, an Intel motherboard and a Crucial BX200 240GB SSD.

Clearly this is a very fast graphics card. But buying one right now is perhaps not the most sensible thing to do. AMD’s Radeon RX Vega cards will launch in a couple of months, and could – as Ryzen has done for Intel processors – make Nvidia’s offerings look expensive. But until we know how fast the flagship Vega card goes, we can’t know for sure.

If you absolutely have to buy a graphics card right now, the GTX 1080 Ti is an excellent choice, though.