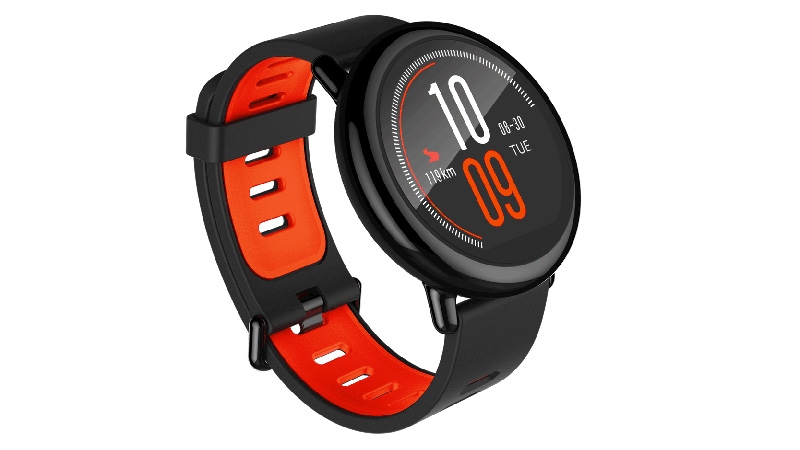 The Amazfit Pace is a solid smartwatch if you’re after GPS tracking without breaking the bank. It records runs and walks very well, is a passable notifications device and is very good looking. However, it’ll force you to view all the collected data on the watch screen only and might miss a few notifications. The need to press the small button to wake the screen so much is also annoying. But, when you can get one for around £100, it’s a solid entry point for those curious enough to want to record their exercise without spending a month’s rent to do so.

Though the smartwatch market is dominated by the Apple Watch and its expensive brand-reliant competitors, some of the best smartwatches are actually the lesser known, cheaper ones. Companies like Pebble, Misfit and Amazfit have quietly produced competitive products that don’t tend to sell very many units.

This is understandable. Amazfit is a sub-brand of Huami, a Chinese American company that also helps Xiaomi manufacture its Mi Band. It has a decent presence in the US and China, but over here Amazfit isn’t exactly a household name.

The Amazfit Pace is high-end on specs, but pleasingly not so on price. It packs GPS with run tracking, a heart rate monitor, music controls and more – so does the cheaper price mean it cuts some corners? The answer is yes, but not in the worst ways possible. Here is our Amazfit Pace review.

Amazfit doesn’t have an official UK reseller, so you’ll have to hunt one down from an international retailer such as Geekbuying.  At the time of writing, an English language Pace was on sale at £109.22 ($129.99), under half the price of the cheapest Apple Watch with comparable specs.

You may be able to find it on Amazon, but there isn’t currently a consistent, reliable seller. Amazon US however has it for sale here.

The Pace might not be everyone’s tastes design-wise, but if you’re into your reds and blacks then you’ll be fine. AFC Bournemouth fans will be laughing. Past that, the watch has surprisingly decent look and feel for its price point. Leaving cost aside, we used the black with red colour option (also available reversed) and liked the circular metallic rim around the face, giving it a near premium feel.

The rear casing that sits next to the wrist is comfortable and matte (Amazfit claims it is ceramic), with 4 flat connectors for the proprietary charging dock. These sit above the heart rate sensor, while the standard 22mm strap connectors hold a rubberised, comfortable band that is OK for work and for excessive sweat when exercising.

There aren’t different band size options, but the band has 15 different holes for adjustment, to the point at which the extreme ones are decorative, so this will fit everyone.

The screen and body aren’t tiny, but it never felt like it dwarfed our relatively small wrists. The screen does also have a flat tyre effect (a small cut-off at the bottom of the circular display) that is annoying on smartwatches. But because the entire screen has a thin black rim between it and the metallic rim, you don’t really notice it. Then again, it’s a shame that the screen doesn’t reach fully to the edges of its own casing.

The ceramic, metal and rubber combination is a winner for the Pace. As long as you like the colour options, this is an attractive watch with a decent, reassuring weigh to it (54.5g, to be precise.

Let’s get down to the nitty gritty, then. The circular display is 34mm across with a resolution of 320×300 (blame the flat tyre for the lack of 320×320). A neat trick of the Pace is its always-on transflective colour LCD. Watches rarely do always-on exactly right, and it’s the same here – though it’s an inate fault of the technology. Think of it like a screensaver, where power consumption is reduced by dumb projection.

The Pace will still tell you the time and all your stats on the watch face in always-on mode, which turns on after a period of inactivity. The only way to come out of the mode though is to press the only physical button on the watch, which is on the right at two o’clock. It’s a small niggle, but not being able to tap the screen or turn a bezel to wake is a tad less convenient and intuitive.

The screen also has trouble with auto-brightness. This is on by default, and you cant override to select a preferred constant brightness level. Therefore in bright sunlight, the screen is very hard to read. The always-on display is also darker, so you may think at first, like we did, that there was a fault. There isn’t, it’s just a small reminder of the price point and tech that the Amazfit Pace has.

This is one of the watch’s only major drawbacks, at least in terms of affecting daily use. The 1.2GHz core processor and 512MB RAM keep things ticking over nicely, and there is rarely significant delay when browsing menus, selecting functions or using GPS tracking. The vibration motor is noticeable, but not the strongest we’ve ever found on a watch.

The Pace also has Bluetooth 4.0, essential to connect to your iPhone running iOS 9 and later or Android phone running 4.4 and later. There’s also the option to connect to a Wi-Fi network, which you can use to wander out of Bluetooth range in your house or at work and still stay connected to your phone. You also need Wi-Fi to update the software on the Pace.

It is rated IP67, the same as gadgets like the iPhone 7, which means its resistant to water (sweat!) and dust, just don’t take it swimming or in the shower for too long. The on-board battery is 280mAh and is pretty good at keeping the thing powered. Amazfit quotes 5 days normal use, and 11 on just watch mode.

No one uses a smartwatch with all the functions turned off, but we comfortably got three days out of the Pace, even with constant Bluetooth on connected to an iPhone and intermittent GPS use to track walks and runs. Unfortunately where the watch falls down slightly again is after it’s recorded this GPS information.

Maddeningly, you cannot view GPS data anywhere but on the watch face – you can’t even look at it in the iOS or Android Amazfit app that you sync the watch with. This means GPS records are only on the 4GB hard drive of the watch and meant that we never bothered fiddling about looking at them.

Other running watch set-ups allow you to take a deeper look at stats on your workouts, whether that’s on your phone or computer. Here, the cool little map of where you ran is just a squiggle on a watch screen, with no map behind it. It’s frustrating, and means you will never really be able to see if you’ve improved by looking at the raw data, such is how it’s presented.

To add to this disappointment, the app is meant to communicate with Strava, a more popular social exercise analysis app, but basically it doesn’t work, and the interfaces within the Amazfit app are frustrating.

This is a real shame because the Pace excels at GPS data collection when out running or on a workout. You can record run, walk, indoor run, bike, indoor bike and trail run. It’s fairly easy to pause and record workouts once you’ve got used to the touch only inputs of the screen, waking it first with the button. Swipe right to go back on menus and you’re sorted.

The software also presents watch faces nicely, with many different complications and settings available to have it just how you want it. Generally, everything works like you’d expect, though small things are missing like the ability to clear all notifications. Also, notifications are set to display a certain number of characters that annoyingly split words in half to the next line, something we’ve not seen on many other devices.

App notifications are also bug ridden; sometimes we got them immediately, at other times never. It meant we had mixed feelings when successfully and easily recording a run, only for the Pace to them miss all our texts for the next two hours. It’s also worth noting you can’t interact with notifications to reply or action – this is pure viewing only.

Also included when swiping left on the home screen is activity progress. Heart rate graphs, weather, music, alarms, compass, stopwatch and sleep tracking. This is a healthy number of functions for, sorry to say it again, the price. There’s a lot here, but it doesn’t work on apps; you can’t close stuff to make it run faster. Either way, overall, the interface is well designed but slow and has one too many bugs. A recent software update has improved things slightly, though.