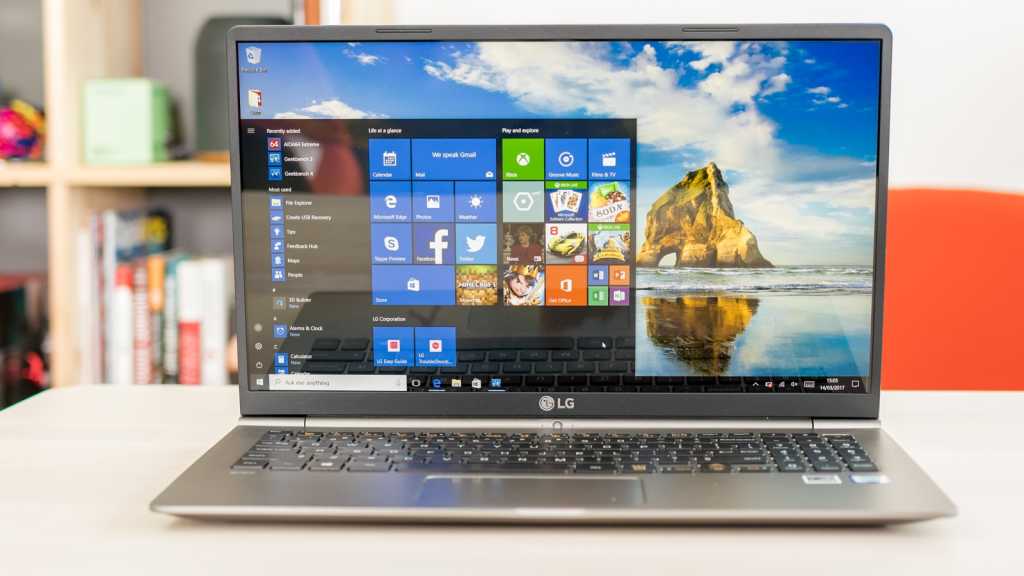 The LG gram 15 for 2017 does what it’s designed to do extremely well. It handles Windows 10 and undemanding apps with ease and lasts for ages away from the mains. It does all this while packing a 15in screen into a chassis that weighs just 1kg. That’s seriously impressive but it comes at a price that’s hard to stomach for UK buyers – in the US it’s not so bad. Any Brits reading this review should check out the Dell XPS 15 which has more impressive specs for a lower price, but it does weigh twice as much.

When you think about a full-size 15in laptop, the word portability doesn’t spring to mind. But LG has sought to change that with its latest incarnation of the gram 15, now with the latest Intel Kaby Lake processors for 2017. Here’s our LG gram 15 Z970 review.

An ultraportable 15in laptop with the latest Intel chip isn’t going to come cheap and the LG gram 15 will set you back $1,199 for the base model. We took a look at the higher spec option which is priced at $1,699, though.

While that might still be cheaper than the latest MacBook Pro with Touch Bar which fetches £2,699, the excellent Dell XPS 15 with similar specs costs £1,599.

So is it worth paying extra for the LG gram 15?

Like a lot of 2017 laptops, the design remains the same as the original model as this is a processor refresh. Nevertheless, let’s look at what’s on offer here in case you’re not familiar with last year’s model.

As the name suggests, the LG gram 15 is all about weight. It’s somewhat shocking that the laptop, despite offering a 15.6in screen, is just 1080g. Not quite under the 1kg mark but at just over it, it’s around half the weight of the Dell XPS 15.

This is achieved by it being slightly thinner at just 15mm but mainly due to the metal alloy body which LG says is made from ‘advanced nano carbon with magnesium’. It’s doesn’t feel like metal to the touch, much more like plastic, but the laptop is so light that we don’t exactly mind. The screen is rather flimsy so bends very easily, though the material appears to be scratch resistant.

The Dell XPS 15 might look and feel more premium but if you’re looking for a 15in laptop that won’t bog you down then you won’t find anything lighter than the LG gram 15.

It’s also around the same size as the XPS thanks to a very slim bezel around the screen – just 5.5mm at the sides – making it not only look good but feel like a smaller laptop. It seems neat to integrate the webcam into the hinge below the screen but the angle of the camera doesn’t always work with how you want the screen; and you can’t adjust them independently.

We’re pleased to report there’s plenty of modern connectivity on the LG gram 15 starting off with full-size HDMI, a USB 2.0 port and two USB 3.0 ports. The laptop also has the latest USB-C which is both reversible and offers high-speed data transfer and thankfully isn’t used to charge the device.

The Type-C port is also used to gain Ethernet connectivity as an RJ45 adaptor is included in the box. To round things off there is a Micro-SD card slot, 3.5mm headphone port with DTS Headphone X processing and a Kensington lock slot.

Most 15in laptops squeeze in a NUM pad onto the side of the keyboard and the LG gram 15 is no exception. While this will be handy for some, it creates problems elsewhere. The main issue being that it shifts the main keyboard to the left and typing off-center isn’t particularly comfortable. It also means some frequently used keys such as backspace and enter are smaller than they perhaps would be otherwise.

The keyboard is backlit which we’d expect at this price and has two levels to choose from but this doesn’t quite make up for other shortcomings. We found the keyboard took some time to learn in order to touch type due to the layout. Travel and responsiveness is ok but nothing to write home about.

Moving on the trackpad, it’s a decent size and nicely responsive. We found it easy to use with Windows 10 gestures as well as general use. It’s not especially quiet for press clicks and does require a bit of force towards the top.

When it comes to the screen we’ve already mentioned that it’s full-size 15.6in which is impressive considering the overall size of the device. It’s a pretty standard Full HD resolution (1080×1920) and uses IPS technology.

You might struggle with reflections at times but that’s an issue with most laptops and the LG gram 15 has a crisp and colourful display. However, the brightness goes to 257cd/m which is ok for indoor use but not so great outside or in bright conditions.

At this price, LG also includes touchscreen technology and although we didn’t find ourselves using it much but it may well be useful for certain types of users. That said, the screen is pretty wobbly when using touch input.

As mentioned earlier, the main reason for this year’s edition of the LG gram 15 is an update to the latest 7th-generation of Intel processors. So the laptop either has a Kaby Lake Core i5-7200U with a base clock of 2.5GHz or a Core i7-7500U which is a little faster at 2.7GHz. Both are dual-core chips with four threads.

The former is paired with 8GB of RAM and a 256GB SSD while the Core i7 model that we reviewed comes with 16GB and a 512GB SSD. The other key difference is that the Core i5 model doesn’t come with a touchscreen.

That doesn’t look great compared to the Dell XPS 15 with scores of 2810 and 14049 in PCMark 8 and Geekbench 4 but this is because the HQ CPU in LG’s rival is quad-core. It’s worth keeping in mind then, that the 7500U processor here is designed for lighter tasks and built for efficiency leading to better battery life – see below.

There’s no dedicated graphics card here so you’ll be relying on the integrated Intel HD Graphics 620 instead. A score of 1760 in the 3DMark Sky Diver benchmark isn’t very good but this laptop isn’t designed to run games. It’s designed to do office work and for a long time which is does very well.

You’d hope a laptop designed to be extremely portable to offer great battery life, too. And with LG keeping weight to a minimum it could have easily done this by putting a tiny battery inside, but that’s not the case.

It might not be as big as some rivals, but LG has managed to put a 60Wh battery inside the gram 15 so it’s a little larger than the Dell XPS 15. The firm claims it can offer up to 12 and half hours of power and in our benchmark test where we loop a 720p video at a screen brightness of 120cd/m (60 percent in this case) it lasted an impressive 12 hours exactly.

For comparison, the Dell XPS 15 with a 56Wh battery lasted six hours and 24 minutes. Opt for the Core i5 model of the gram 15 and LG says you’ll get up to 15 hours.