At £99 each, the Tracker isn’t cheap but the prospect of going wireless as well as features such as full-body tracking and multiplayer gets us excited. The Audio Strap is also £99 and the TPCast is $249 so it all adds up.

How do you make a virtual reality headset even better? Make accessories that open up a world of new possibilities, of course. Here’s our HTC Vive accessories hands-on review including the Vive Tracker, Vive Deluxe Audio Strap and TP Cast. See also:  The complete guide to virtual reality.

This is by far the most versatile and exciting of the new Vive accessories. This unassuming 85g has bags of potential and we were able to see some of the ways developers have utilised it already at MWC.

In a nutshell, it’s an additional tracker that you can attach to basically anything you want. For example, we tried it strapped onto a huge 3D printed gun to awesome effect.

It also allows for multi-player as shown by ‘Cover Me!!’. While, one person has the full VR experience with the Vive headset, other players can join in with the Tracker attached to a tablet or even a gun with a smartphone mount. Each player can see the others on the screen or in the headset. 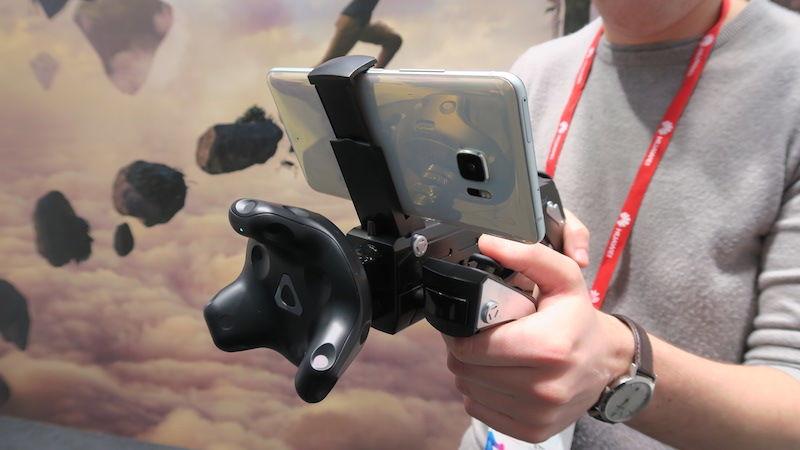 Get enough Trackers and you can do full body tracking for a more well-rounded a full experience. This is because although the Vive tracking means you can move around in the virtual space, it doesn’t know what you’re body is doing apart from your head and hands.

We strapped Vive Trackers onto each feet and one around the waist meaning you can see your legs in the game. The demo didn’t show off the full-body tracking as well as we hoped as we were made to kick dinosaurs instead of a football which seemed more appropriate.

That said, we’re keen to see what other games and experiences can do with full-body tracking. It arrived on 27 March for developer purchase through Vive.com with a price of £99, with a full release coined for later on in 2017. 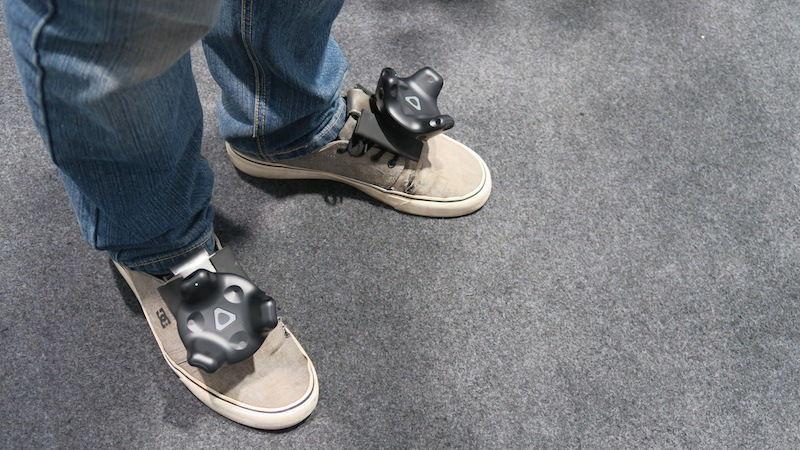 This Vive headset accessory pretty much does what it says on the tin. The headstrap has an improved design compared to the original making the headset more comfortable to wear. This is largely due to a sizing dial like you’d find on a sports helmet.

When it comes to the audio element, the strap has integrated headphones which takes the faff out of plugging your own in. We found them easy to use, although the audio quality might not be as good your personal cans. This is mainly about convenience.

HTC says the Deluxe Audio Strap will be available to buy on 6 June 2017 from Vive and other retailers. Like the Tracker, it will also be priced at £99.99. 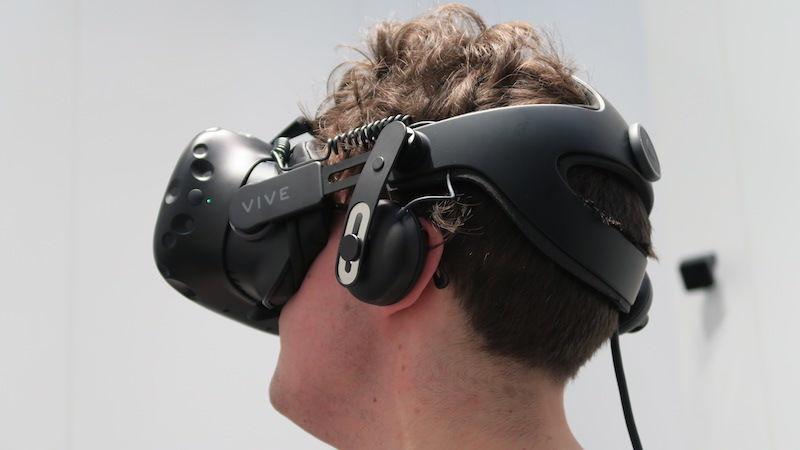 While the Vive is great, having a fairly hefty cable running from the headset to your PC or laptop can get really annoying and you can even trip over it sometimes.

Well the TPCast is a worthwhile upgrade at $249 if you want to go wireless. The simple gadget means that an extra module sits on top of your head and connects to a battery which simply fits in your back pocket. 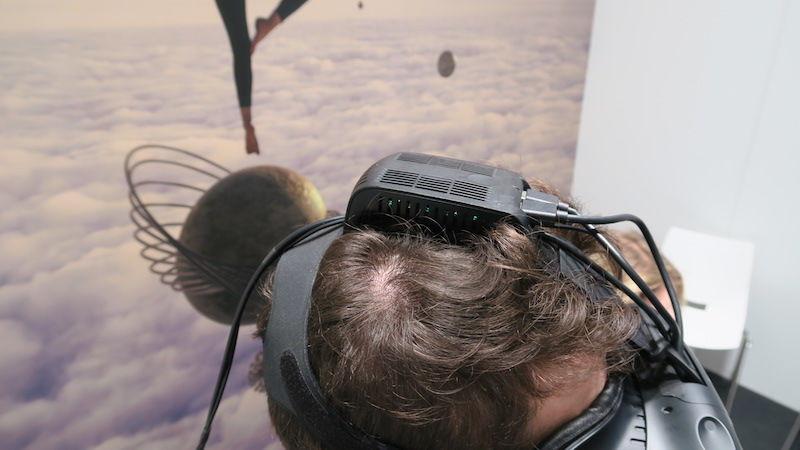 We were surprised at how it didn’t feel particularly heavier than normal but you will only get a limited battery life of one and a half hours. There will be an XL battery which will provide a five-hour battery life available at a later date.

It was also surprising that we noticed no additional lag compared to using the Vive wired.