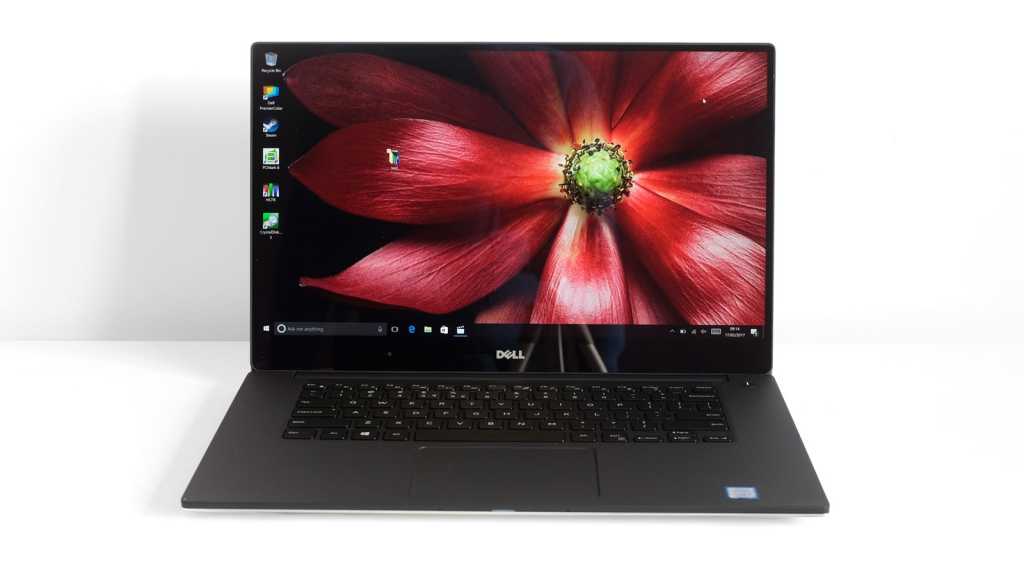 The Dell XPS 15 is an amazingly flexible laptop, despite looking like an ordinary high-end one on the surface. It’s very powerful but has unusually good battery life for its class. It has a 15in screen but is smaller than almost all other 15in laptops with one. And is its 4K version the XPS 15 has the colour performance for pro design work. It’s also good-looking, and while not ultra-portable is not that heavy given the components inside. It makes the new MacBook Pro with Touch Bar seem a bit frivolous in comparison, not to mention extremely expensive.

The Dell XPS 15 one of the best laptops in the world if you want a computer that can do just about everything. Rather than one that weighs as much as a multi-pack of crisps. It has a powerful processor, a decent graphics chipset, surprisingly good battery life and an excellent screen.

It’s also far smaller than the average 15in laptop. While we’d pick a 13-inch model to use on the road every day, the Dell XPS 15 is one of the most portable 15-inchers money can buy.

There’s very little to dislike about this excellent laptop.

The US model isn’t as highly specified. It has a Core i3-7100H CPU, 8GB of RAM and a hard drive with a speed-boosting 32GB SSD cache. And unlike all other versions of the XPS 15 which have an Nvidia GTX 1050 GPU, this one has just the integrated Intel HD Graphics 630.

All these models have 1080p screens. Only the very top-end £1799 Dell XPS 15 has the eye-catching 4K display. That may sound terrifyingly expensive, but the new 15-inch MacBook Pro with Touch Bar will cost you £2699 for similar specifications.

Dell offers a one-year on-site warranty, but you can extend that cover if you like. Two years costs £97, three £172 and four years £255, regardless of the spec ordered.

The 2017 Dell XPS 15 looks and feels much like the 2016 XPS 15 9550, reviewed.. Its changes are all about the insides: upgrading the CPU to a 7th Generation Kaby Lake model, and the graphics to one of Nvidia’s great new 10-series cards.

Dell is still well ahead of the competition here, though, thanks to the XPS 15’s InfinityEdge screen. Its tiny bezels make this laptop unusually small for one with a 15in display. It’s 357mm wide when, for example, the 15in Asus ZenBook UX501 is 383mm wide. This makes the Dell that much easier to fit in a bag. Its dimensions are similar to those of the 15-inch MacBook Pro.

At 2kg, it’s perhaps a little heavy to carry with you 24/7. However it is certainly among the best options if you need a laptop with a powerful quad-core processor and a 15in screen.

The lid and underside of the XPS 15 are aluminium, but the insides around the keyboard are soft-touch carbon-fibre reinforced plastic. There’s a carbon fibre-like finish on the top to tell you it’s not plain plastic.

This reinforcement makes the keyboard surround very stiff, managing the unusual feat of making something that at first appears to be basic plastic seem high-end. As with just about all of Dell’s more expensive laptops, the XPS 15 is exceptionally sturdy.

For all its forward-thinking design moves, there’s still more than a hint of that classic Dell pragmatism to the XPS 15, though. When Dell designs a style laptop, you can tell it still wants it to look at home in a board meeting.

The Dell XPS 15’s connections attempt to cover most bases too. There are two USB 3.0 ports as well as a newer USB-C shape 3.1 connector. For video there’s a full-size HDMI, and on the right side is a full-size SD card slot.

There’s no Ethernet connector, but the USB-C could be ‘turned into’ one with the right adapter, and Dell also makes a docking station for its laptops should you need true desktop-like connectivity. It costs around £155.

The XPS 15 also has a Kensington security slot and a little 5-LED display next to it, which displays the battery level when the button alongside is pressed.

A lot of 15-inch laptops fit in NUM pads as well as the standard array of keys, but to do so with the Dell XPS 15 would be a serious stretch. Instead, it just has the standard layout, with larger, for example, Shift keys than you often see in a laptop.

All that space to the left and right of the keyboard may look a bit funny, but in use it’s a great setup. It means you’re always working at the centre of the laptop, not off to the side. Look at the trackpad: it’s right in the centre of the XPS 15, where in a lot of 15in and 17in machines it’s shunted to one side.

Although a subtle difference, it’s increases how intuitive the XPS 15 feels.

The quality of the keyboard is great too. While key travel is ‘normal’ for a laptop rather than super-deep, the keys have a meaty feel provided by a decent less of resistance. There’s also a backlight that can be adjusted to two different levels

We’re read a few criticisms about trackpads of previous Dell XPS 15 models, but this one is great. There’s no floaty feel, it’s not prone to mis-firing right button clicks or phantom cursor lunges and the click action is spot on. There’s some resistance, but not so much that quick double-taps are laboured.

The surface of the XPS 15 trackpad is excellent too, made of textured glass with a super-soft finish.

It’s a very sharp display, but it’s the colour that impresses the most once you get over quite how small the screen surrounds are. It covers 99.9 percent of the sRGB colour standard, 96.9 percent of Adobe RGB and 91.4 percent of DCI P3. This is pro-quality screen in terms of colour. But you don’t need to be a graphics pro to appreciate this.

The XPS 15 screen looks very vivid, making films and games look fantastic, although the tone is a little cool/blueish. Pros will want to calibrate it before doing serious work.

We would like to see slightly better contrast, though. While the XPS 15’s 800:1 contrast is good, you can tell the blacks are less than perfect in a room with mid-level lighting. Some of Dell’s older laptops manage over 1000:1, which would be ideal for a high-end IPS LCD like this.

To reiterate: we’re only complaining because the price is quite high and the screen is otherwise beautiful.

The 4K version is also a touchscreen (the 1080p models aren’t). In a laptop like this we don’t think it’s a must-have, but it’s a neat extra if you’re accustomed to using a tablet.

Our review model has a quad-core Intel Core i7-7700HQ CPU and a borderline ridiculous (for most people) 32GB DDR4 RAM. However, for the most part the performance is going to be similar to the 16GB standard setup, as nothing we’re doing is going to be bottlenecked by 16GB, or even 8GB, of RAM.

This system is far more powerful than almost any other style-leaning laptop out there, because it uses a quad-core HQ CPU rather than the dual-core U-series ones seen in slim and light laptops. The Dell XPS 15 has desktop-replacement style power, and that extends to the ‘entry level’ £1349 Core i5 spec version too.

This is one of the smallest laptops ready to become a real workstation, if you upgrade the RAM to your requirements.

However, it does also seem to use a bit of system throttling to keep the fans quiet. For a laptop with a quad-core processor it’s eerily quiet most of the time, and its PC Mark score isn’t the best we’ve seen from a HQ i7 system.

The Dell XPS 15’s versatility doesn’t end there. It’s the first we’ve seen with the new entry-level Nvidia GTX 1050 discrete graphics card. We were hoping this would usher in a new selection of affordable gaming laptops, but even though the 9560 isn’t cheap, the 1050 still lets you play games fairly demanding games at decent frame rates.

You won’t hit 60fps with very demanding games and this laptop isn’t perfect for VR or 4K gaming beyond casual titles that won’t benefit hugely from the pixels anyway. But it is a perfectly good gaming laptop. And a surprisingly good one given it’s only 17mm thick.

If you’re wondering how well those games run at 4K, the results are less-than-favourable. Thief averages 13.4fps, Alien: Isolation 21fps. Hardcore gamers should consider a laptop with a GTX 1060/1070/1080 instead, depending on your budget.

Given the processor power underneath the aluminium lid, we’d expect the Dell XPS 15 to last 4-5 hours. That’s the standard for a very powerful performance laptop.

The Dell XPS 15 sails through that, though. Playing a 720p video on loop at 120cd/m brightness, it lasts six hours, 24 minutes. Part of this is down to the use of a decent-size 56Wh battery, but there’s far more to it.

Dell clearly uses much more dynamic (and invasive) power management than most, scaling back the CPU’s power to suit the situation. This is also why the Dell XPS 15 is so eerily quiet most of the time. We’ve noticed no obvious drawback, surprisingly. You don’t want to feel that shifting of gears or that any management of CPU clock speed is holding the laptop back, and we haven’t.

The Dell XPS 15’s speakers are decent too, although do not have much greater volume than some 13in laptops. Their tone is warmer than a MacBook, but with less pronounced treble.