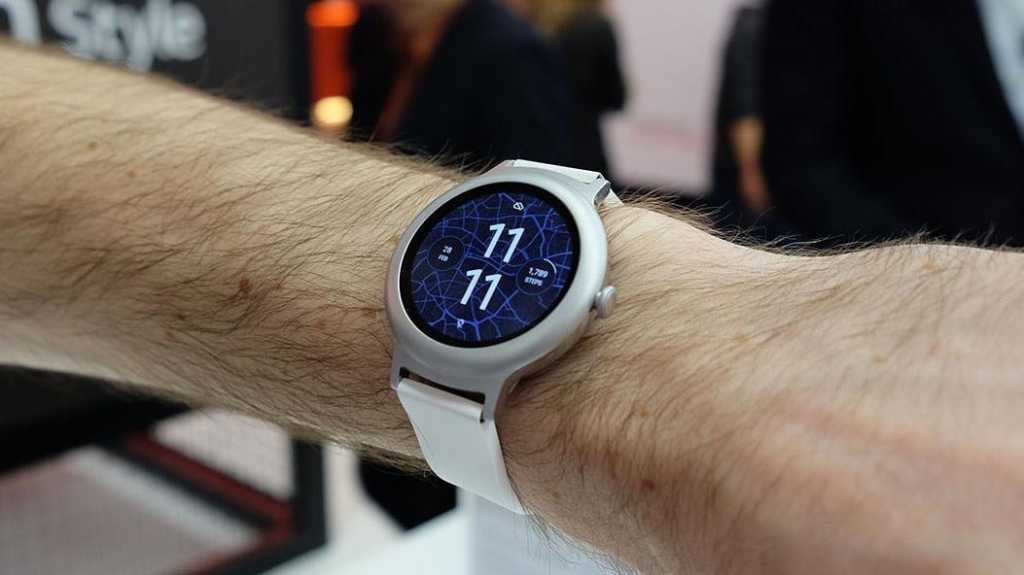 The LG Watch Style looks and feels great, and we love Wear 2.0 and the new crown scrolling, but beyond that it’s just too limited given the price. Without NFC, GPS, 4G, or a heart-rate monitor the Style feels overpriced, and you can get more for less from some of the other wearables on the market.

The LG Watch Style is one of the first watches to boast Google’s new Android Wear 2.0, which brings with it a new design, better navigation, and Google Assistant, along with a host of other tweaks. We’ve gone hands-on with the new watch at Barcelona’s Mobile World Congress 2017, and you can find out what we thought in our LG Watch Style review.

With Wear 2.0 set to arrive on most other Android smartwatches over the next few months, the Watch Style will have to do more than just show off the new software to justify a purchase. So is the Watch Style runway-ready, or is this just a case of style over substance?

So far LG hasn’t yet confirmed that the Watch Style or its sibling the Watch Sport are coming to the UK, but we are expecting them to announce a UK release eventually. You’d expect that they’d want to manage a release before too many other watches get Wear 2.0 though, so we don’t think there’ll be too long to wait, especially since the Style is already out in the US.

As for pricing, it costs $249 in the US right now, so we’d expect a UK price in the £220-250 range – we’ll update this review as soon as we know more. That would put the Watch Style up against the Moto 360 2 and Samsung Gear S2, at which point $249 feels like a steep asking price given the features on offer here.

In case the name didn’t give it away, the Watch Style has been designed with aesthetics firmly in mind. The body is slim and understated, with a matt finish on the front and a small crown on the right-hand side. The 1.2in P-OLED display is a comfortable size, though is surrounded by a frustratingly thick bezel, which feels especially ironic given that LG has made such a point of reducing the bezels on its new G6 phone. Meanwhile the back of the body is a simple plastic cover, which feels slightly cheap.

The watch is available in three colours: silver, titanium, and rose gold. You get even more options with the straps, which by default come in black, camel, or cream leather. There’s also a range of other straps available to buy separately, both in leather and rubber, and the good news is that swapping the straps out is really quick and easy using the built-in clasps.

The Watch Style is powered by the same Snapdragon Wear 2100 processor as the more expensive Watch Sport, and backs it up with 4GB storage and 512MB of DDR3 RAM. Paired with the new Android Wear 2.0 software, it’s more than enough horsepower to make sure the Style is snappy and responsive, and in our time with the device we never noticed any lag or irritating delays.

Where the Style might come unstuck is its 240mAh battery. LG promises the device should last all day, but we’re a bit sceptical, and some US reviewers have already reported problems with keeping the Style charged up. The watch also features wireless charging, IP67 water and dust resistance, and Wi-Fi and Bluetooth.

Most damning are the features it doesn’t include: there’s no 4G, no GPS, no NFC, and no heart-rate monitor. Sure, many smartwatch users won’t need all of those, but it’s hard to imagine many people won’t want at least some of those features. It’s especially troublesome given the Style’s price – $249 is a lot to pay for a device missing many of the features people have come to expect from a smartwatch, and it’s hard to shake the feeling that the Style is very limited.

If the hardware is a bit of a mixed bag, at least the Watch Style gets to show off Android Wear 2.0. As mentioned above, the OS is quick and responsive, with none of the sluggishness found on some early Wear devices.

There’s been a redesign and simplification of the visuals and interface, and one of the biggest improvements is in navigation. Swiping is no longer the only way to navigate around the OS: you can now scroll using either the touchscreen or the rotating crown on the side of the face, which also doubles as a home button. This feels really smooth and intuitive, though we imagine it could be awkward at times if your other hand gets in the way of the crown.

You also get Google Assistant built in, which should mean more and better ways to control the Watch Style using your voice and better integration with other Google services. What you won’t get is Android Pay, because the Style doesn’t have NFC, so you won’t be using it to make any payments.

Read next: How to upgrade Android Wear

Wear 2.0 seems like a major update for the OS, and the Watch Style makes the most of it, but it’s worth remembering that plenty of current models will be getting updated to the new software over the coming months anyway. They may not have the crown scrolling functionality of the Style, but otherwise they should still offer the full Wear 2.0 experience.