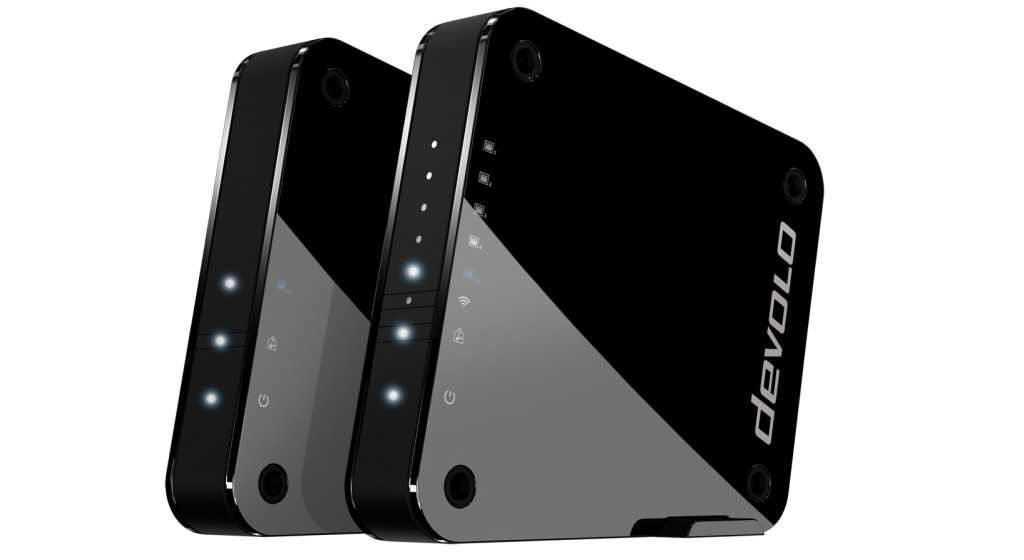 If a particular room in your house has poor Wi-Fi reception, the Gigagate should give you a faster, more reliable connection for the wired and wireless devices in there. It’s also very useful for people who have a big entertainment system in a room well away from their router. But if you’re looking for a more comprehensive system that will provide fast Wi-Fi coverage throughout a large home, then you’ll need to look at three-piece mesh networking kits.

After years of trying to sell us all on super-fast routers that were actually faster than most of us would ever need (especially given the woeful state of broadband here in the UK) manufacturers have now realised that reliability is the real priority for homes where multiple PCs, smartphones, and other devices are all competing for a slice of your precious bandwidth.

At first glance, the Gigagate seems like a direct competitor to the Netgear Orbi, as both systems consist of a base station that connects to your existing broadband router, along with a secondary satellite that you can place in another room to extend your network coverage.

However, there are a number of key differences that set the two systems apart – not the least of which is price. You can buy the Gigagate for £219.99 from Amazon and other online retailers, compared to more than £360 for the Orbi. If you want to extend the Gigagate system then additional satellites are available for £129.99 each.

The ‘mesh networking’ of the Orbi aims to extend its Wi-Fi network right across even the largest homes, but the Gigagate takes a more modest approach, claiming only to provide a high-speed ‘point-to-point’ connection between the base station and the room where the satellite is located. The idea is that you’d use the satellite in a bedroom, office, or perhaps a basement den that has all your internet-connected toys together in one main room.

The base station provides few features, and just focuses on speed. It has just one Gigabit Ethernet port that is used to connect it to your existing broadband router, but it then uses 4×4 MIMO technology to create a high-speed Wi-Fi link to the satellite, using 802.11ac Wi-Fi on the 5GHz frequency band. That 5GHz connection is reserved for the base station and satellite, so no other devices can slow down the Gigagate system down by grabbing any of that bandwidth.

Rather than providing ‘whole home’ Wi-Fi coverage, the Gigagate’s satellite station is primarily designed for wired connections, and includes one Gigabit Ethernet and four 10/100 Ethernet ports for those connections. So if you’ve got an entertainment system that includes a laptop, gaming console, NAS drive, or set-top box for your TV then the Gigagate could be particularly suitable.

The satellite does have a Wi-Fi option – but this is slower 802.11n on the 2.4GHz band. However, the speed on offer should still be enough for web browsing and streaming HD video and music from Spotify to tablets and phones.

The emphasis on wired connections means that the set-up process is simple enough even for networking novices. You just plug in an Ethernet cable at each end, and you’re ready to go.

Those who want more can download Devolo’s Cockpit app, which provides more detailed configuration options and is available for Windows, Macs and Ubuntu.

The Android and iOS versions of Cockpit didn’t seem to have been updated to work with the Gigagate when we looked at them, but Devolo told us that they’re in the processing of updating those apps.

As is often the case, the speeds quoted for the Gigagate are theoretical maximums, and Devolo told us that, in practice, the 5GHz connection between the base station and satellite will be closer to 1Gb/s

Our tests actually indicated a speed of 975Mb/s, but that’s still more than fast enough for streaming 4K video, online gaming and pretty much every other task you might throw at the Gigagate, even all at once.

The difference between the Orbi and the Gigagate – and the reason that the Gigagate is so much cheaper – is that the Gigagate doesn’t attempt to extend that high-speed Wi-Fi coverage throughout your home, and instead just concentrates on providing a reliable connection for the handful of wired devices that are connected to the satellite.