We think the Switch is an enticing piece of hardware with its many different ways of playing, improving vastly on the Wii U. Zelda alone might be enough for many to upgrade, even though it’s out on the Wii U too. However, the rest of the games line-up for the Switch is hardly killer as it stands so the Switch isn’t quite an obvious upgrade at launch. It might be worth waiting for some more top titles, and maybe a price drop too.

The  Nintendo Switch is finally available in the UK, but what’s different compared to the firm’s previous console, the Wii U? Whether you’re trying to choose between the two or considering an upgrade, here’s our Nintendo Switch vs Wii U review.

If you want to read our in-depth thoughts on the Switch itself, head to our full Switch review.

A big factor in your upgrade decision, or choice between the two, will be the price, and many are somewhat outraged at the Switch price of £279. But let’s not forget that the Wii U Premium launched at £299 back in 2012 – although it did come with Nintendo Land.

We’re actually fairly comfortable with the price considering the device is more than just a console you plug into the TV, and the fact that  Brexit has caused price rises across various other tech products. Something that makes it seems worse is the now affordable cost of the PS4 and Xbox One but we’ll save that for the PS4 and Xbox One comparison reviews.

For now, if you’re considering it, you can get the Wii U Premium with the excellent Mario Kart 8 for £235 from Game, but the best bet now is to look on eBay or at Game’s pre-owned stock, as shops are phasing out the console. 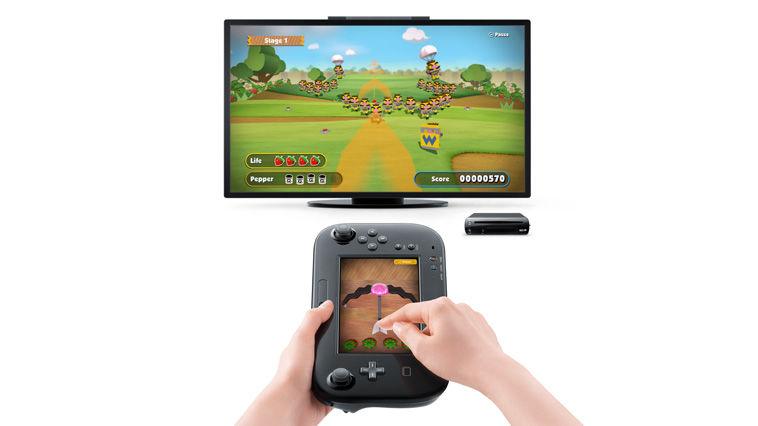 Nintendo Switch vs Wii U review: Specs, graphics and features

In typical Nintendo style, the Switch is not directly comparable to the PS4 and Xbox One. The firm has done something completely different which follows on from the Wii U.

A modular Switch, an evolution of the GamePad

On a visual and practical basis, the Switch is like a evolution of the Wii U’s GamePad – something which was a neat innovation but had various flaws and was under-utilised by the games.

The huge controller with its touchscreen meant you could play with a second screen to the TV or ditch the big screen entirely, enabling you to freely walk to another room in the house and carry of playing (as long as you didn’t go too far from the console).

With the Switch, Nintendo has taken the GamePad and made it the console. There is no main unit now, so all the tech is housed in what is effectively a tablet. You put it in a docking station to easily connect it to the TV. You can then remove it and carry on playing in Handheld mode seamlessly.

Nintendo has taken the GamePad and given it a much needed upgrade to create the Switch. The display is still 6.2in but the device isn’t half as bulky, the resolution is now 720p (up from 480p) and it’s finally a capacitive touchscreen like any modern phone or tablet, so doesn’t require a stylus or a firm prod with a finger.

We’ve mentioned the TV and Handheld modes but the Switch has a third option. Because the small Joy-Con controllers unclip from either end of the tablet, you can put the screen down on a flat surface with the kickstand to play in Tabletop mode.

In TV and Tabletop modes, you can attach the two Joy-Con controllers to the grip or use them in your hands like Nintendo’s Wii remotes. You can use two per person or one each depending on the game. They contain motion sensors and advanced HD Rumble vibration motors. 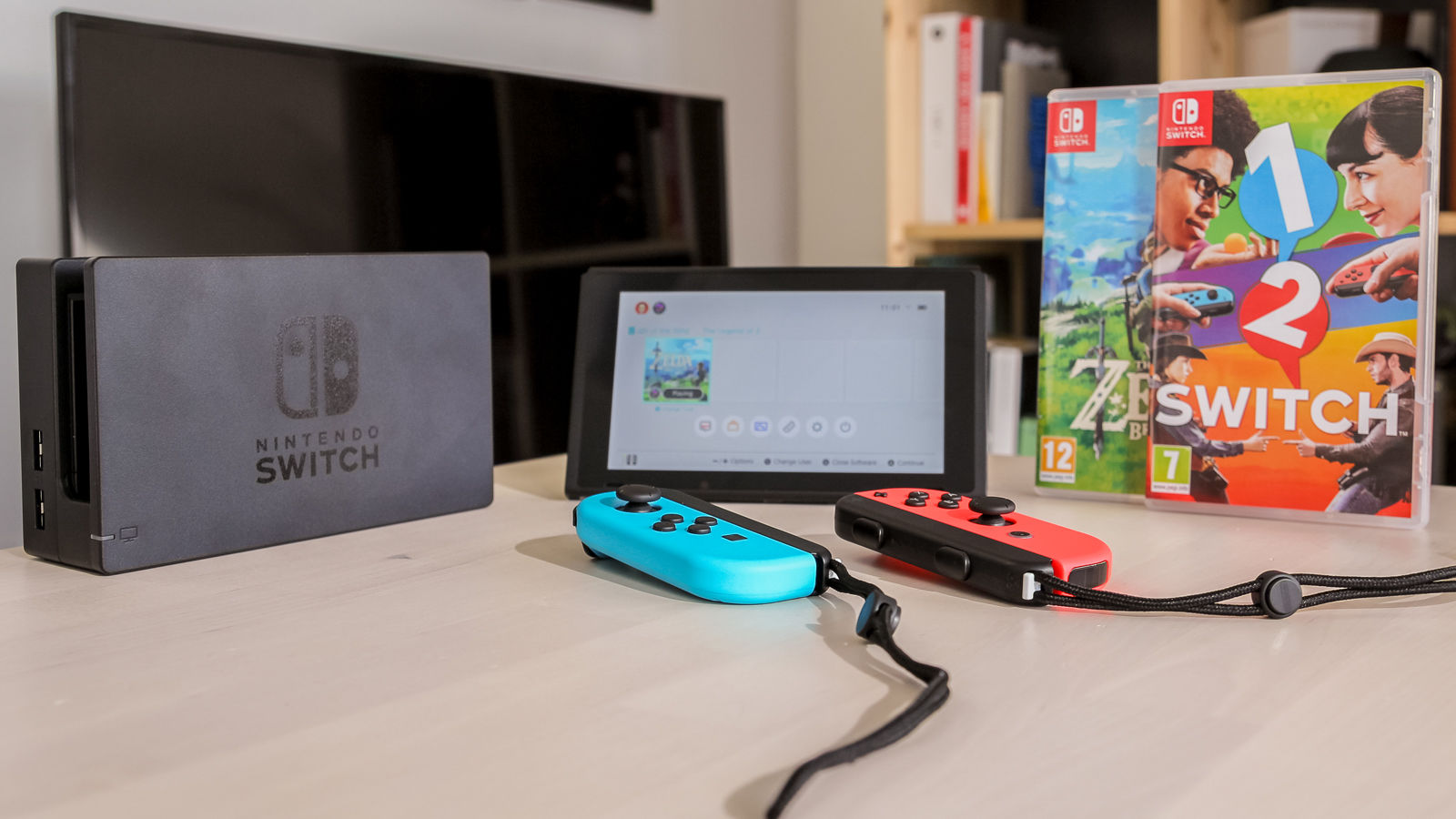 One of the huge downfalls of the Wii U GamePad was its poor battery life. It would typically last for around three hours and was so bad that Nintendo released a higher capacity battery pack for it at £25. Unfortunately, the Switch isn’t much better, and the battery life is comparable.

Nintendo has promised a battery life of three to six hours depending on what you’re using it for. We’ve had three hours of battery from the device while playing Zelda, but would expect it to last longer with some other games. One benefit of the Switch over the Wii U however if that it uses USB-C to charge, so is compatible with plenty of existing portable battery packs – we’ve rounded up the best power banks for the Switch in case you want to pick one up.

In terms of actual core specs, the Switch isn’t hugely different to the Wii U. It still has 32GB of storage (there’s no premium model this time), although you can easily expand it with the MicroSD card slot.

There is a more powerful processor inside, a custom Nvidia Tegra X chip and GPU. However the console’s video output is still limited to 1080p via HDMI. It’s worth noting that Zelda: Breath of the Wild will be limited to 900p on the Switch and 720p on the Wii U – that alone might be enough to convince some to upgrade. 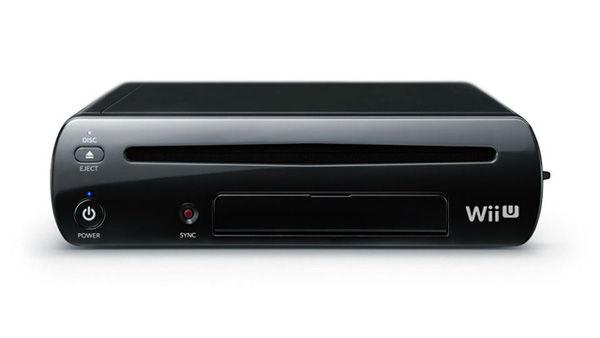 Nintendo Switch vs Wii U review: Games and software

Nintendo has also switched (sorry) from using discs to cartridges for the new console. This is partly because you wouldn’t want to fit an optical drive onto a tablet, but it’s also convenient for taking lots of games with you when out and about. The firm has also said it is ditching region locking.

The lack of something to put discs into almost certainly means the Switch isn’t backwards compatible with Wii U or Wii games. It also won’t play nicely with old peripherals like the Wii Remote or GamePad which is a shame, especially as a set of additional Joy-Cons will cost £75.

As for the operating system, the Switch has a pretty minimal set-up at launch, but it is incredibly fast, responsive, and easy to use. The downside is that it’s missing some key features like the ability to transfer save data between console or to a MicroSD card, and it also features a return to the nightmare of friend codes to add friends on the system. More online functionality will be added in the future, some of which will be run through a separate smartphone app.

The Switch also doesn’t have streaming apps like Netflix and Amazon Prime Video at launch. Although they will become available at some point it seems, sooner rather than later we expect, it’s strange considering even the original Wii had Netflix.

A lot more is known about the games for the Switch so we’ll focus on that for now.

One of the Wii U’s failing was a lack of killer titles so we’d like to say the Switch has an amazing set of launch games that make the new console a must buy. Sadly that’s not quite the case despite the long time period since releasing the Wii U in which to plan the launch.

The main launch title for the Switch is Zelda: Breath of the Wild. We absolutely love the game, but it’s also available on the Wii U, with very minimal performance differences beyond the resolution. Read our full Breath of the Wild review to find out more of what we thought.

Skylanders Imaginators, Just Dance 2017, Super Bomberman R, and 1-2-Switch complete the launch line-up, along with a few smaller titles. 1-2-Switch is the other major first-party release, but it’s the sort of mini-game collection that feels like it should have been bundled with the console, and doesn’t have the same lasting appeal or depth as the likes of Wii Sports or Nintendo Land.

In general, the masses want Mario games and there are none whatsoever for when the Switch arrives in shops. Mario Kart 8 Deluxe (hardly a new game) will arrive on 28 April and Super Mario Odyssey won’t launch until ‘Holiday 2017’.

That said, the third party line-up does look stronger than the Wii U’s, with Elder Scrolls, Minecraft, NBA 2K and FIFA games all confirmed for this year.