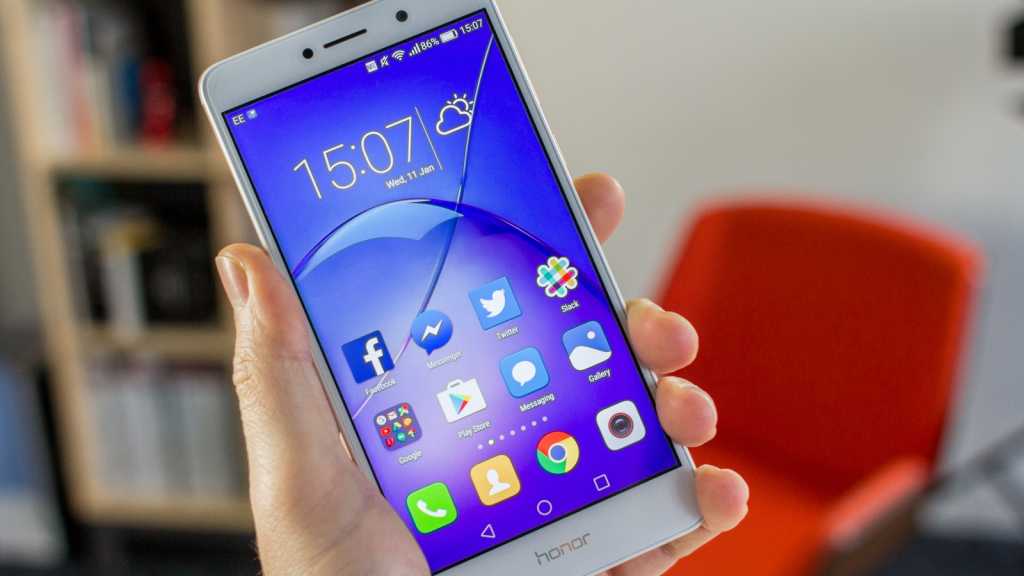 The Honor 6X manages to be a budget phone but not remotely feel like one. This is high praise, and while it could never hold a candle to the performance of phones three times the price, that’s not the point – the Android experience you get is still nigh-on top drawer. As long as you can get on with Huawei’s still-not-there EMUI skin, the Honor 6X is one of the best, most affordable mid-range Android handsets going – and it’s easy to pick one up in the UK.

In 2016 Huawei took big, confident strides into the Western market. It’s continuing to do so in 2017, announcing the US availability of its flagship Mate 9 and this, the Honor 6X. Honor is Huawei’s not-so-secret sub-brand, its phones largely similar to its parent brand with lower specs. It even says ‘Huawei Technologies Companies Ltd.’ on the rear of the 6X.

But that’s not to say Honor smartphones are overly inferior. You may be considering the Honor 6X if you are on a budget and aren’t concerned with the highest specs possible. So how does the 6X stack up against not only Huawei’s phones but the oh so crowded Android market? Here’s our Honor 6X review.

Note: There’s now a successor to the 6X. It’s called the Honor 7X and may be coming to the UK shortly.

After it was announced at CES in January 2017, the Honor 6X was made available immediately in the UK. You can pick one up for just £224 from vMall UK here. That’s outstanding value for the amount of smartphone you’re getting. It’s also good to see it so easily available in the UK, unlike some Huawei phones.

Just be aware that, as we will explain further, the specs differ for each region. In the UK, the Honor 6X is available with 3GB RAM and 32GB internal storage.

The Honor 6X looks better than its price tag suggests. Our review unit came in gold with a white front, but it’s also available in silver with white and grey with black as modern smartphone trends dictates. It has a generous 5.5in screen with thin bezels on the sides meaning the device isn’t overly huge in small hands. The overall dimensions are 150.9 x76.2 x 8.2mm and the weight of 162g is about right for a phone of this size; it’s certainly not too heavy.

The rear casing has a pleasant curve to it so that the phone is comfortable to hold in one or both hands, and the texture of the rear is akin to an iPhone’s metallic sheen – again, great to see at this price. Also packed into the phone are dual rear-facing cameras (more on those in a bit) that sit above a fingerprint sensor, a front camera, power/lock button, volume keys, headphone jack, SIM/micro SD slot, micro USB port and speakers on the bottom edge.

Out the box, the 6X also comes with a handy pre-applied screen protector that you can of course discard if you want.

Without banging on about the great price, this is a very good looking phone with higher-end materials to back it up. It doesn’t compromise on look and feel and for that it is commendable.

Check out a number of other mid-range phones in our list here.

So it’s an attractive Android handset at a good price. Where does it cut corners I hear you ask? Well, it does, but not to the extent you might expect. The 6X still has enough tricks – tricks, not gimmicks – up its sleeve to warrant praise. That sizable 5.5in screen is a full HD display with a resolution of 1920 x 1080p and a pixel density of 403ppi.

The 6X is powered by a Huawei Kirin 655 octa-core processor that is firmly in midrange territory, but it had no real trouble browsing the web, shooting off texts from various apps, playing games or videos or anything else we threw at it.

The phone is heavily marketed on its appeal to millennials, hence the dual rear cameras and photo editing software that may appeal Instagram and Snapchat addicts. One camera is 12Mp and the other 2Mp with a wide aperture range from f/0.95 – f/16, and they’re able to produce surprisingly decent effects. More on that in the software section further into this review. It is also capable of full HD recording. There’s also a decent 8Mp front facing camera.

Honor is releasing this phone to several markets with different specs depending where you are. In the UK, the 6X is available with 3GB RAM and 32GB storage, but our review model is the 4GB RAM and 64GB storage version. This will mean that ours is capable of ever so slightly more multitasking, but 3GB is still excellent for a smartphone (and, again, a steal at the asking price). So don’t worry. You can expand the internal memory up to 128GB with a micro SD card.

You even get NFC at this price, and full compatibility with Android Pay, which is impressive. It’s also great to see a huge 3340mAh battery onboard. Honor claims this will last 2 days on moderate use and 1.5 days on heavy use. We found this to be pretty much bang on – the 6X didn’t let us down for nigh on 2 days using it for all our smartphone needs. Very impressive.

In our benchmark test, the 6X performed as expected, with a decent score for its onboard specs. It even compared surprisingly well against its parent company’s Huawei Nova that retails for over £100 more. It also came out very similar to our usual budget phone of choice, the Moto G4 ( over £50 less at £159.99).

Software is unfortunately where this phone is let down slightly – but bear with us on this. The Honor 6X ships with Android Marshmallow 6.0 with Honor’s (read Huawei’s) skin Emotion UI 4.1. Considering Android is now into 7 and above and the Huawei Mate 9 comes with EMUI 5, it’s quite behind. However, at CES the company stated in a presentation that the 6X will receive an update to Android Nougat and EMUI 5 at some point in Q2. So, fingers crossed, if you buy the Honor 6X, it’ll have the latest software updates by July 2017.

This is not something to get overly upset about considering it’s a tad over £200. Many Android phones don’t get such upgrades for months. What’s more annoying is the software itself, which is one of the most modified versions of Android on the market.

Little things such as not being able to pull down the notification panel on the lock screen or there being no app tray (so that apps display as an iOS style grid) may well be minor things, but ones we missed when using the device. The joys of Android are hidden in its quirks and customisations, but EMUI decides to give a little fewer to you than other manufacturers.

One cool thing you can do is use the rear fingerprint sensor to pull down and retract the notification panel or scroll left to right through pictures in the Gallery, while you can turn on a function so when you uninstall apps you can physically shake your phone to realign them.

Other little things you might only expect in higher end phone are here too, like the ability to view the homescreen in an attractive landscape angle.

Having said all this, the EMUI 5 update will bring an app tray option so all is not lost. Plus we are nitpicking.

The notification pull down panel on the Honor 6X with EMUI 4.1

The camera software leads the marketing for the 6X front and centre. The bottom line is while it is capable of cool shooting effects, the results will never be as good as other dual camera phones with better parts such as the iPhone 7 Plus or Huawei’s own P9.

The rear cameras definitely perform best on near shot subjects and macro style photos. There’s a cool wide aperture mode that allows you to background blur images on a sliding scale before capture, a ‘splash’ mode to isolate one particular colour of an image with the rest in monochrome, or a long exposure mode to capture streams of car lights at night, for example. There’s also the usual Honor addition of beauty mode for selfies, which remains plain weird.

All the usual apps we use, from Facebook and Instagram to Skype, National Rail and Words with Friends opened pleasingly quickly, with multitasking speeds more than acceptable. As with all Android phones you can expect a decline in speed over time, but as tested, the Honor 6X actually made us feel more positive about the whole experience of using it daily because it’s just so cheap but its hardware and software just don’t feel it.

However we can say with confidence that the Honor 6X will please what is clearly its target market – teenagers and young adults on a budget who want to take decent pictures all day without the battery dying. In this respect, the phone succeeds admirably.