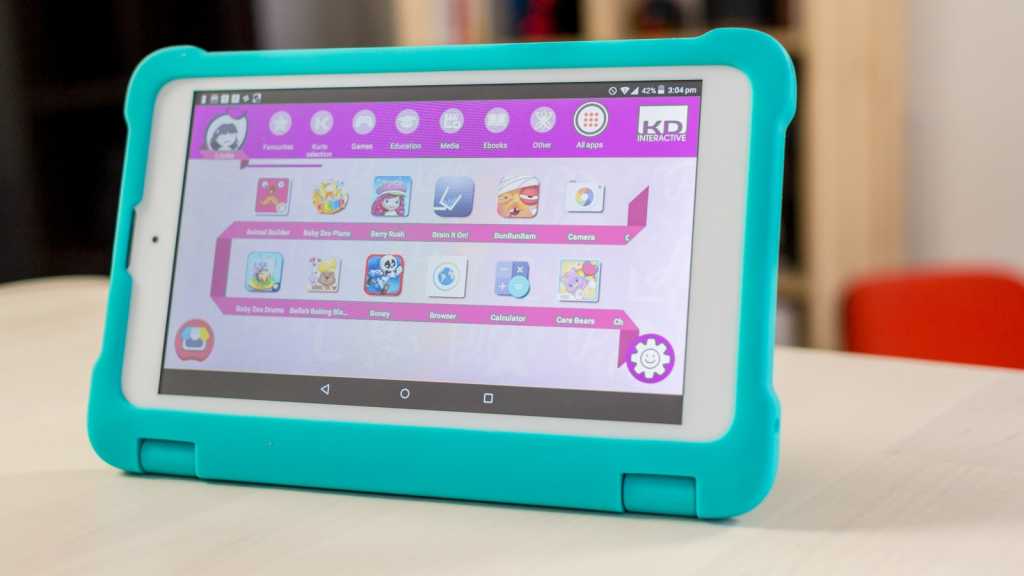 With a poor-quality screen, dismal cameras and woefully underpowered processor, this is a deeply unimpressive tablet which is barely worth the £29.99 up-front cost. What you’re really paying for here is the data contract, and if you’re specifically after a kid-friendly tablet with 4G, this is one of few options available. If you can live with just a Wi-Fi connection, Amazon’s £49.99 Fire is a better tablet – but it can’t run Pokemon GO.

EE’s Robin is a kids’ tablet with built-in 4G so they can watch videos and use internet-connected apps wherever they are – without borrowing your phone.

This isn’t the first version of the EE Robin, but the upgrades over the first model are pretty minor. It’s a 7in tablet that fits into a kid-proof case and comes with child-friendly software. Here’s our late-2016 EE Robin review.

£29.99 seems a great price for a tablet, but this is only the upfront cost. The main cost is the EE contract, which is £17 per month for two years. This makes the total price £437.99, and that is a lot. You can  buy the Robin from EE’s website.

The tablet itself is built by Alcatel Onetouch and is called the Pixi 3. It has a 7in screen with a resolution of 1024×600 and – like many kids’ tablets – uses a relatively poor quality panel with limited viewing angles. 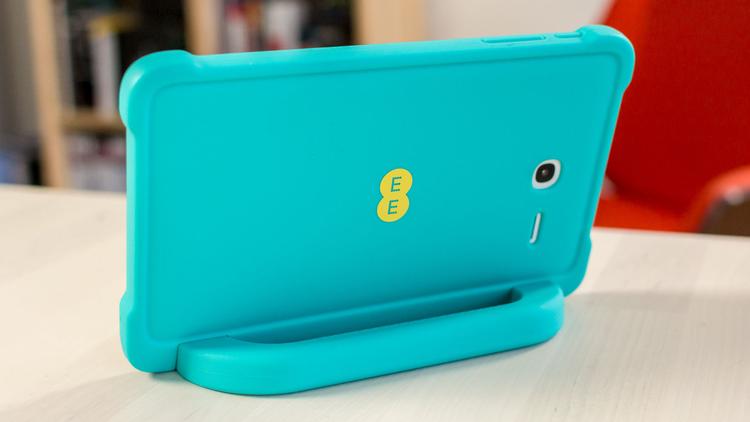 You can buy an Alcatel Onetouch Pixi 3 from many UK retailers – including Amazon – for around £75. But even at this price, it’s still disappointing to see such old tech, which is beaten by cheaper tablets such as the £49 Amazon Fire.

What the Amazon Fire lacks, of course, is a 4G SIM slot which would give it internet access when out of Wi-Fi coverage.

Getting back to the EE Robin, it has a paltry 1.9Mp main camera which takes dismal photos (and videos) and a front camera that seems to be there just for use with games that use it for gesture recognition, because it’s useless for selfies.

The processor isn’t at all powerful – it can take 30-40 seconds to load some games – and while there’s nominally 16GB of storage, you actually get 7.7GB of free space to install programs, download videos and music. You can add a microSD card up to 32GB for more storage, though.

There’s a standard headphone minijack on the top so you can attach some kid-friendly headphones and it charges using a standard microUSB connector.

EE bundles a bumper case that has a folding handle which doubles as a stand. This is handy when watching videos and playing certain games.

The tablet runs Android 5.1.1, which is now two whole versions old. It’s not a major problem, though, as the interface hasn’t changed a lot and virtually all apps are still compatible with this version. 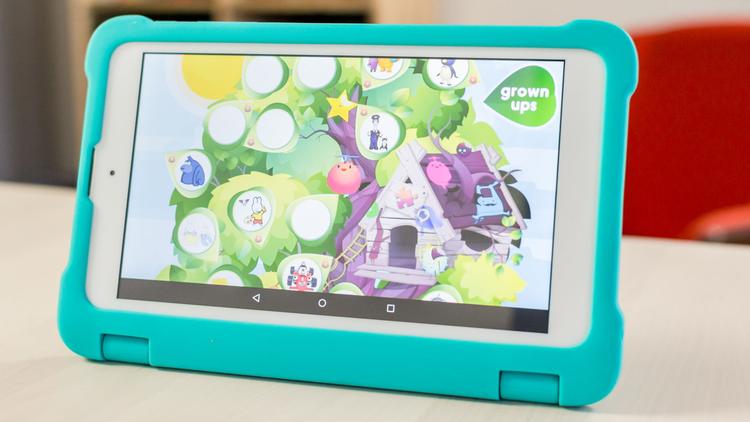 EE has partnered with Kurio and uses its software on the Robin. This means it’s exactly the same kids interface as you’ll find on Kurio’s own Tab 2.

While it has decent parental controls, which you can read about in our Tab 2 review, it’s far from the best interface. Icons and text are small, and the default view isn’t ‘all apps’, so your kids will at first be confused and wondering where the rest of the apps are hiding. 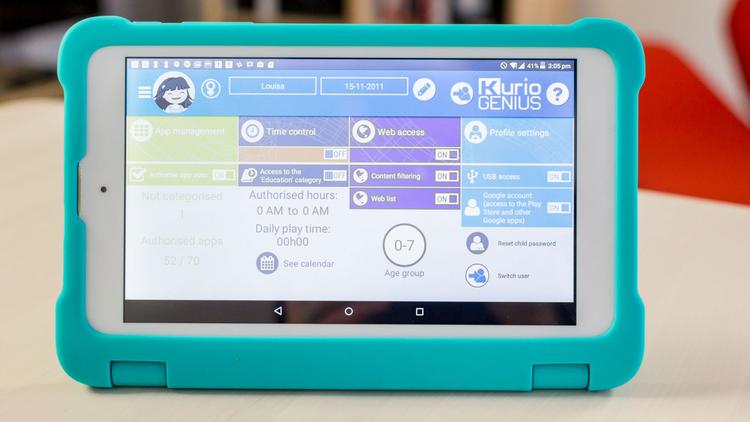 Many of the apps in the Kurio selection aren’t great for young kids as there’s no voice guidance – something you get with Leapfrog tablet apps – and include annoying adverts.

But as this is an Android tablet, you’re free to install whatever apps and games you like and add them to your child’s profile. You can create several profiles, and each child can choose their avatar and background colour. 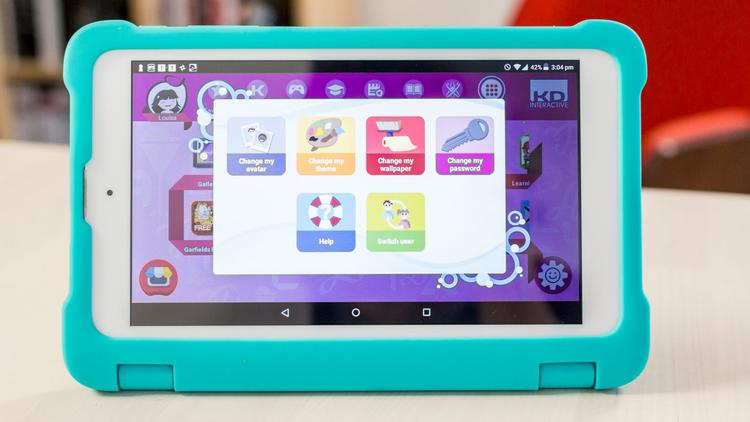 One good app is Hopster which is aimed at 2-6 year olds and offers hundreds of episodes of downloadable UK kids’ TV shows and learning games with no adverts. Unfortunately, you only get three months free if you buy the Robin on one of EE’s standard plans; it’s only on the Extra plans where it’s free for the duration of the contract. (Hopster costs a reasonable £3.99 per month if you want to pay for it after the trial.)

A bonus is that along with 4G there’s built-in GPS, so you can install and let your kids play Pokemon GO. For some people, this will be the Robin’s saving grace.