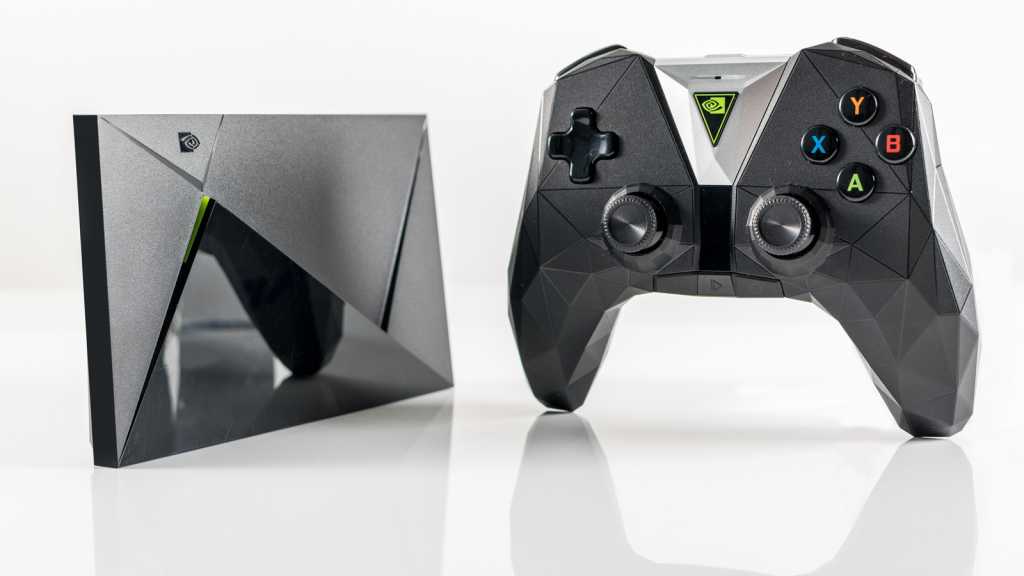 The Nvidia Shield TV is one of the most capable 4K HDR-enabled media streamers we’ve seen, and with the combination of GeForce Now and local game streaming in 4K, it’s the best option on the market for gamers. First-generation Shield TV owners get the key new features via a free software update, so there’s no major reason to upgrade. With that being said, we do recommend grabbing the new controller as it’s a huge improvement over the original.

Following a CES 2017 announcement, the Nvidia Shield TV (2017) was made available to buy weeks later and can now be purchased from not only Nvidia, but Amazon, John Lewis and other high street retailers too. The £189.99 price tag is £30 more than the original Shield TV was at launch, but when compared to the likes of the £139 32GB Apple TV that doesn’t offer cloud-based game streaming or even a controller in the box, the Shield TV offers a high-end streaming and gaming experience.

It’s also worth noting that unlike with the first-generation Shield TV, the 2017 Shield TV comes with both the Shield controller and remote, although the stand remains an optional accessory available after purchase.

Before we go into the details of the new Nvidia Shield TV, let’s take a look at its design. While the 2017 Shield TV is almost identical to the 2015 model with an angular design and mix of matte and shiny surfaces for a sleek and sexy look, it’s much smaller than the original. We’re not talking about a few millimetres being shaved off either – the new Shield TV is ­much smaller. Specifically, the new Shield TV measures in at 16 x 9.9 x 2.5cm and only 848g, compared to the 21 x 13 x 2.5cm first-gen Shield TV.

It’s not the only thing that has had a makeover, either. We loved the original Nvidia Shield TV, but we had our reservations about the controller: it was chunky, awkward to hold and wasn’t very comfortable to use over long periods, not ideal for long gaming sessions. Nvidia took this on board and redesigned the controller for the second-generation Shield TV. Featuring an angular design like that of the media streamer, the controller is now slimmer and much, much more comfortable to use than its predecessor.

Unlike the controller, the Shield TV remote looks much the same as the first-generation remote, featuring a button for Google/voice control, and a touch-sensitive volume controller along the central grove of the remote.

Read next: How to set up Steam Link and stream games to your TV

Unlike the 2015 Nvidia Shield TV, the standard 2017 variant only comes with a single storage option: 16GB, which can be extended only via USB storage. While the first-gen device came with a microSD card slot for users to increase the base storage, it’s one of the few features to have been dropped in the second-gen Shield TV – one of the sacrifices that had to be made to fit all that tech into such a small body. Those looking for extra storage without attaching an external hard drive should opt for the Nvidia Shield Pro, a more expensive version of the media streamer with 500GB of storage.

In terms of features, the flagship feature of the 2017 Nvidia Shield TV is 4K HDR support, which provides incredibly detailed and smooth 60fps video playback from the likes of Amazon Prime Video and Netflix – but only for those that have a HDR-enabled TV. Those without a HDR-enabled TV may struggle to find any real difference in terms of quality when compared to the first-generation Shield TV, which also had a 4K output (and HDR support, thanks to a recent OTA update).

In terms of internals, the first- and second-generation Shield TVs are almost identical. The 2017 model is powered by Nvidia’s own Tegra X1 processor, which Nvidia says is three times more powerful than any other media streamer (including the 2015 Apple TV) on the market and after spending some time with the streamer, we agree. When coupled with a 256-core CPU and 3GB of RAM, the Shield is responsive whether it’s being used to stream the latest series on Netflix or play the latest Android games via Google Play.

One difference from the original Shield TV is improved game streaming. If you’ve got a Nvidia GTX-powered PC at home, you can easily stream your entire game library via LAN to the Shield TV in glorious 4K – if your PC can handle it, that is. The 4K resolution from a maximum output of 1080p HD on the original device, and provides gamers with a crisp TV gaming experience with minimal lag. Sure, there’s a sacrifice to be made in terms of response time, but it’s not bad enough to affect gameplay and makes it much easier to game on a big-screen TV.

Update 13 July 2018: Nvidia has updated the Shield TV to include support for the revamped GeForce Now service, which allows you to stream games that you already own on PC and play them through the Shield TV, rendered in the cloud by Nvidia’s high-spec servers. The service is still in beta, but all Shield owners have been granted access to the beta and can test it out for free now. The prior GeForce Now subscription service described below is no longer available.

Now, if you don’t happen to have a beefy GTX rig in your possession, then don’t worry because Nvidia has the perfect solution for you. Using GeForce Now, gamers can stream PC games from the cloud to the Shield TV with the power of Pascal-powered GPUs. Think of it as the Netflix of gaming, with subscriptions starting at £7.99 per month for access to a library of on-demand games powered by Pascal-level GPUs at Nvidia’s server farms.

While the base game collection is updated on a regular basis and should keep gamers preoccupied, those wanting to play newer games can buy them on GeForce Now. Take No Man’s Sky for example; it’s not a part of the base library, but can be purchased for ~£40. It’ll then be available to stream remotely (ideal if you don’t have a powerful PC) but that’s not all – in addition to having the game available via GeForce Now, Nvidia will also provide a Steam code to access the game on your PC.

We love GeForce Now. Granted, some of the games on the free tier are a little dated, but for such a low monthly cost, you can’t expect a roster of the latest games. It’s a great option for casual gamers that don’t want to invest in a high-end gaming PC just for it to be used for a couple of hours per week, and is also great for kids as there’s a wide selection available, including quite a few LEGO games.

The only downside? Gaming over Wi-Fi. Even though the 2017 Shield TV features 802.11ac 2×2 MIMO 2.4GHz and 5GHz Wi-Fi, trying to stream GeForce Now games over a wireless connection was a rather painful affair. We experienced severe framerate drops, audio glitches and, in the case of No Man’s Sky, we couldn’t even get past the main menu. However, if you can connect via Ethernet, the experience is much more pleasant and isn’t that much different to playing the games locally with impressive response times and gorgeous 1080p@60fps gameplay.

What else is interesting is the evolution of GeForce Now, as Nvidia announced at CES that the service would also become available for not only PC users but Mac, too. It could revolutionise gaming on Mac, and negate the need for a high-end gaming PC.  Read more about GeForce Now for PC and Mac.

Let’s talk software: the original Shield TV ran Android 5.1 Lollipop, while the new model features the latest iteration of the Android operating system, Android 7.0 Nougat, so you have access to a wealth of apps via the Play Store and plenty of other handy features. The UI is neat and extremely easy to navigate, even for those new to the Android TV operating system.

While there are a few omissions in terms of TV catch up apps (All4, ITV Player, etc), the Shield TV comes with Google Cast 4K built-in so you can easily cast content from devices like your smartphone (Android and iOS) as if you had a Chromecast plugged into your TV.

As announced during CES 2017, support for the Google Assistant is ‘coming soon’ so you can interact with Google, ask questions and perform tasks like ordering an Uber, switching lights on or off or adjusting a smart thermostat. We’ll make sure we update our review with our thoughts once Google Assistant makes an appearance on our Shield TV later this year.

While we haven’t been able to try it out, Nvidia also announced the Spot, an accessory for the Shield TV which some will find very useful once Google Assistant lands. It’s a small and unassuming little thing which plugs directly into a power socket. It’s essentially an easy way of using Google Assistant anywhere in the home, thanks to its built-in microphone and speaker.

The Nvidia Shield TV is one of the most capable 4K HDR-enabled media streamers we’ve seen, and with the combination of GeForce Now and local game streaming in 4K, it’s the best option on the market for gamers. The operating system is incredibly easy to use, there’s a wide range of apps and games available via Google Play and GeForce Now can bring PC gaming to those on a budget. It lacks support from the likes of All4 and ITV Player, but with the addition of Google Cast it’s easy to connect your iOS or Android device to the Shield and broadcast to it wirelessly.

First-generation Shield TV owners get the key new features via a free software update, so there’s no major reason to upgrade. It’ll even get Google Assistant, although that’ll come after the new model receives it. With that being said, we do recommend grabbing the new controller as it’s a huge improvement over the original.