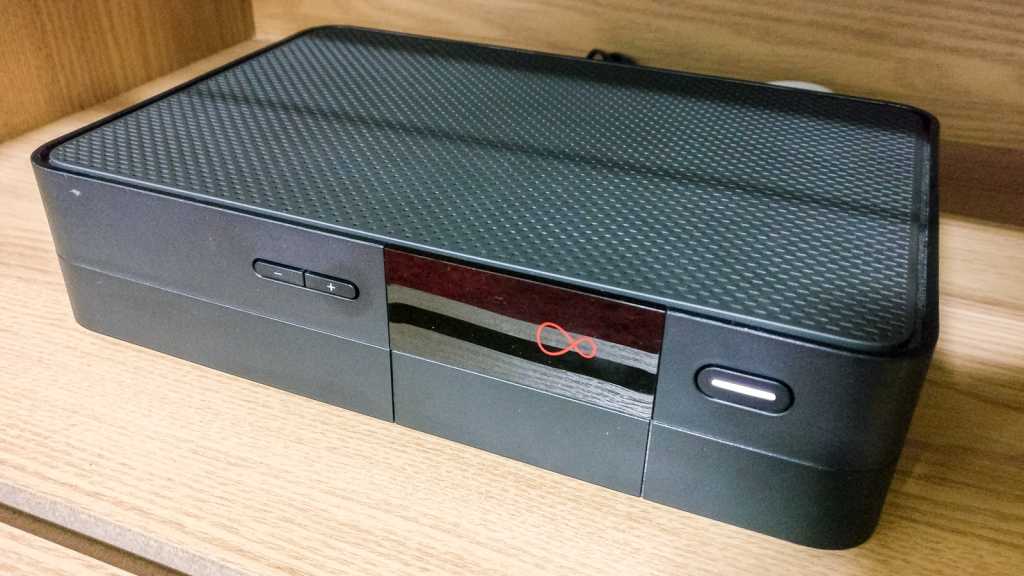 We completely fell in love with the new V6 box, but really only for its incredible speed and size. Is that worth £99? We’re not completely sure, but it’s a one-off payment that’ll make a huge difference to your TV experience. We pay more than £60 per month for our TV and broadband package with Virgin, so when you consider that £99.95 could make that £60 per month more worthwhile, it seems reasonable if you can afford it. It’s definitely worth it for anyone that wants to record loads of shows at once, or those with more than one Virgin box in their home. We just wish the TV Anywhere app was a bit easier to use, but hopefully the company is working on that as we speak.

Virgin’s new V6 box for its TV customers brings more speed, style and sophistication to the TiVo experience. Record six shows at once, sync seamlessly with other TiVo boxes in your home or the Virgin TV Anywhere app, and navigate significantly faster to find exactly what you want to watch.

Having problems with Virign sevices? Here’s how to check if Virgin is down.

If you’re already a Virgin TV customer with TiVo, your subscription pricing plan will remain the same should you decide to upgrade to the V6 box.

If you’re already familiar with Virgin’s TiVo box, the first thing you’ll notice is the size of the V6 in comparison.

It’s significantly smaller, with a neat, squared design with soft rounded edges. It’ll free up a lot of space in your TV cabinet, that’s for sure.

The remote control has had a bit of a makeover too. It’s smaller and much more comfortable to hold and the buttons are more tactile. We like

We like new design of the main buttons surrounding the pause button – they fall beneath your fingers much more naturally than before.

Virgin has also added a search button directly onto the remote to help you find what you’re looking for quickly without having to navigate to Home, then scrolling down to Search. It’s a big time-saver.

The new remote is also RF rather than Infared, which means you don’t need to point it at the box for it to work. In fact, you can tuck your V6 into a cupboard and still use the V6 with ease.

That new functionality has allowed Virgin to add a handy Find My Remote feature too – just press a button on the box to get the remote to make a sound.

In addition to the new box design and its new remote control, the V6 sports plenty of other features that will tempt users to upgrade and could entice new customers too.

TiVo doesn’t have a reputation for being fast right now, that’s for sure. It can be painstakingly slow to launch an app such as BBC iPlayer or Netflix, or search through the content available in My Shows.

That’s all changed with V6. Virgin claims that it is ten times faster, and we honestly believe it’s even speedier than that.

We used to wait for a minute or more for the Netflix app to load on our TiVo box, and it felt like forever. When you’re used to instantly loading web pages and fast mobile devices, waiting any more than 10 seconds for something to load is hugely frustrating.

And then, when Netflix finally did load, we’d always find that it would lag painstakingly when we tried to navigate to a show we wanted to watch, and often it would take several minutes just to start watching something.

With V6, Netflix loads almost instantly. The first time we tried it I genuinely gasped because I was so surprised by the difference in speed. Browsing is actually enjoyable now, too.

There is also no lag when navigating through the menus of Virgin TV itself, or scrolling through channels and shows. It has made such a huge difference, we wish we’d upgraded sooner.

Speed isn’t all that’s changed with the V6 box though. You can now record up to six shows at once whilst watching a seventh, a significant upgrade over the three shows whilst watching a fourth that the previous box could achieve.

This feature might seem unnecessary to some, but for serious TV-lovers it’s a dream come true. Those shows are stored on the box’s 1TB drive, which is enough space for 500 hours of SD content or 100 hours of HD.

If you want to, though, you can keep your original TiVo box too for use in the bedroom or another room, and the new V6 can seamlessly talk to and sync with the TiVo.

That means you’ll get the extra storage on the TiVo box (which could be 1TB or 500GB depending on the model you have) and you can also choose to have additional V6 boxes installed if you’d prefer. Of course, this comes at an additional cost, and on average it’s about £7.50 per month to have one extra box in your home.

The way the boxes can talk to each other is quite sophisticated though. For a start, when you get the new V6 box you won’t lose any of your recordings or settings as they can be copied straight over from TiVo.

But more than that if you do happen to have an additional box, you can access your recordings from either box, and even pause a recording on one box and pick right up where you left off on the other.

And if you have a 4K TV, it’s gets better yet. The V6 box brings support for 4K Ultra HD TV with Netflix and YouTube, and more 4K programming is on its way. It’s HDR compatible too.

Many of these features will sound familiar to Sky Q customers. Sky launched its new home entertainment box more than a year ago, so it’s about time Virgin joined in with a strong contender.

Right now Sky Q customers can record four shows whilst watching a fifth but in reaction to Virgin’s six recordings the same is coming to Sky’s 2TB box in the near future.

Sky Q is also 4K, has multi-room capabilities called Fluid Viewing and an app like Virgin’s TV Anywhere, which we talk more about below.

You can find out more about Sky Q in our Sky Q review.

Virgin hasn’t given the interface of TiVo a big makeover. Instead, it’s focused on getting it exactly right with much-appreciated tweaks and changes within the familiar purple interface we’re used to.

The new interface features are rolling out to TiVo users who choose not to upgrade to the V6 box too, though.

This includes much more visual menus, movie and TV show collections, a new SeriesLink+ feature that shows you where you can watch previous episodes and seasons of your chosen show on demand on services including Netflix, BBC iPlayer and more.

All of these changes mean a much smoother, simpler experience that presents just what you’re looking for in one place that’s easy to navigate and doesn’t require you to dive in and out of menus.

With the V6 box, the Virgin TV Anywhere app gets a bit of an update too. It’s an app for phones and tablets that offers an advanced remote control and an easier way to browse your boxes, but it now also lets V6 box owners watch live TV, on-demand content and most impressively selected recordings wherever you are in the house, directly on your mobile device.

Some box sets and live TV is available to watch even when you’re not connected to your home network, and you can sync some of your recordings to watch offline on your commute from wherever you left off. You can also set, cancel and delete recordings, right from the app.

The TV Anywhere app isn’t the prettiest thing ever, or the most intuitive, so we’re keeping our fingers crossed for a significant update in the near future. But it’s functional at least, so that’s a good start.