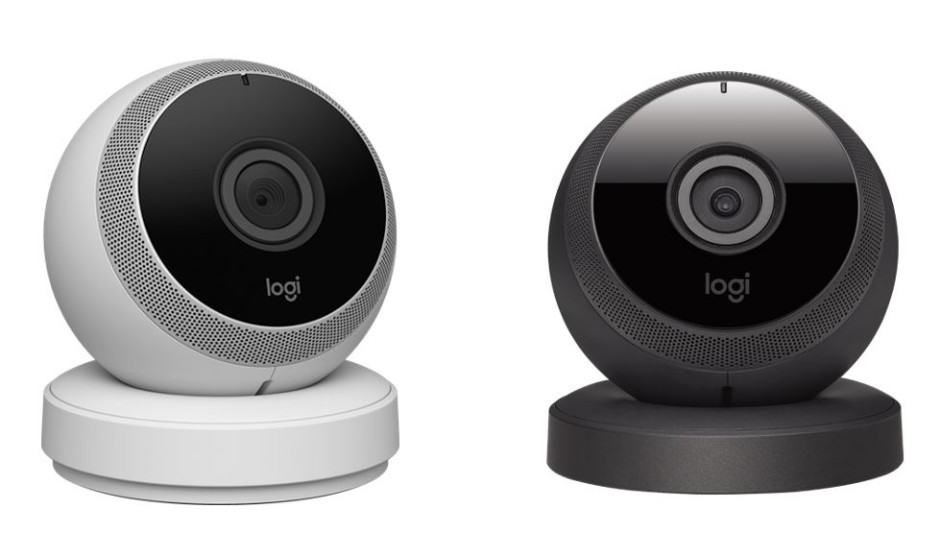 For the price, the Logi Circle is definitely an attractive option for those seeking a smart security camera for the home. The 1080p video quality is impressive, it boasts night vision, advanced movement detection and a two-way audio system, all for under £160. That’s without even talking about Logi’s innovative Day Brief feature, bringing a social aspect to security cameras by smartly recording importantly events and providing them to you in a nicely edited, shareable video. However, it’s not perfect – there’s no motion zone support or built-in siren, two features that are fairly standard when looking to buy a smart security camera.

Home security cameras are getting smarter, as well as cheaper – good news for those looking to invest – but in terms of functionality, not much has changed. While remote viewing, night vision and two-way audio systems are all impressive smart security camera features, Logi looks to offer something unique with the Circle – security, with a social, creative aspect. While that may sound confusing, all will be revealed in our Logi Circle review. Read next: Best home security cameras 2016/2017

So, before we delve into what the Logi Circle offers, let’s first discuss the pricing and availability. In the UK, the Logi Circle will set users back £159.99, and can be ordered from both the Logitech website and Amazon – although Amazon’s pricing is much cheaper at £117 at the time of writing. This puts it in line with Neargear’s Arlo Q, with an RRP of £169.99 (and £129.99 on Amazon).

On top of the initial price tag, those that want to take advantage of the Circle’s Circle Safe subscription will have to pay out an additional £7.99 a month, or £79.99 per year. All users receive access to a free 24-hour cloud backup, as well as a one-month trial of Circle Safe. Circle Safe enables extra functionality including custom time-lapse Day Briefs and a 31-day cloud backup.

As far as home security cameras go, the Logi Circle is definitely one of the better-looking cameras on the market. Unlike other cameras that aim to blend into the environment around it, the Circle makes a statement by looking modern and ‘fun’, and should complement its surroundings. This is due to the Circle having more of a social aspect than traditional home security cameras – something we’ll go into in more detail about below. It’s available in two colours, black or white.

The Logi features an intuitive magnet system that not only allows the Circle to be rotated a full 360 degrees on its base, but also provides it with wireless charging capabilities. While it won’t work with any standard wireless charger, it means that you can easily remove the Circle from its base and temporarily relocate it – the on-board 1600mAh battery claims a 12-hour battery life, and we found this to be fairly accurate, although using the speakers and night vision may bring that number down somewhat. As well as being able to rotate 360 degrees on its base, the Circle also offers a 110-degree tilt, although both the rotation and tilting must be performed manually.

It’s small in dimensions measuring in at 6.7 x 6.5 x 7.5cm and weighing in at only 186g, making it fairly portable and easy to relocate when needed. The camera is surrounded by a ring of infrared LEDs for night vision capabilities, and a speaker ring for two-way communication. There’s a single LED that displays the status of the camera – starting up, connecting to Wi-Fi, live streaming, etc – and it’s worth noting that it can be disabled in-app. It’s one less annoying light in homes slowly filling with tech, right? The supplied magnetic base can be screwed into the wall, although it must be within 10ft of a power socket to keep the camera charged up.

I must admit, I’ve seen my fair share of smart security systems and with most, the setup is a long-winded process that takes around half an hour to accomplish. However, the Logi Circle was different. After plugging in the camera and downloading the Logi Circle app (available for both iOS and Android), I simply enabled my Bluetooth and followed the in-app instructions. Within two minutes, the camera was successfully connected to my home Wi-Fi and was streaming directly to my iPhone. No fuss. No connection errors. Straight forward and fast, as a smart security camera setup should be. The camera features both 2.4GHz and 5GHz Wi-Fi capabilities, with the latter offering speedier connections and thus less lag-in app, and less time spent waiting for the live stream to connect.

Another nice surprise was how well-built the app was. While many security cameras boast an impressive set of features, the app usually lets it down. This wasn’t the case with the Logi Circle app, with its clean and intuitive UI offering a refreshing change compared to its’ clunky competitors. The app opens with the stream displayed full screen, with several timestamps dotted along the right-hand side – these are events, colour co-ordinated to show clips where (it thinks) a lot happened, alongside clips where it detected minimal movement. A swipe from the left-hand side of the screen will bring up the options menu where you can change streaming options (choose from 360p, 720p or 1080p HD depending on the speed of your internet) and toggle on/off the various features of the camera. The Circle also offers a browser-based interface that can be accessed from any PC or Mac browser, offering similar functionality to the app.

As noted above, the Logi Circle offers a 1080p HD camera that we think provides detailed and well-lit video that’s surprisingly smooth too – as long as your Internet connection can handle it, anyway, Apart from impressive camera quality, the Circle boasts a 135-degree wide angle lens that provides a wider view of the area, making it easier to cover larger areas with only a single camera – and to make sure you don’t miss out on any of the action. Along with a wide angle lens, the camera also features Night Vision up to 15 meters, which should suffice for most rooms in the average household. The night quality of the night vision is impressive, although there’s a level of ‘ghosting’ when people move around. There’s also a two-way audio system, allowing users to communicate with those near the Circle from wherever they are in the world.

It’s not perfect though, missing a handful of features that many have come to consider as basic features of a smart security camera, including motion detection zones where only motion detected within specific areas triggers the camera (ideal for homes with pets), and sirens to ward off would-be intruders. However while Logi has missed a few of the basics, it makes up for it with the ingenious use of the camera.

Remember the ‘social aspect’ of the Logi Circle we mentioned above? It may be the most intuitive use of a security camera we’ve seen, although it depends on what’s going on in your household. The Logi Circle provides users with Day Briefs, which collects the main events captured on the camera within the past 24 hours and provides it to you in a nice little video that you can export and share with friends. This functionality, coupled with the easy-to-detach magnetic base and 12-hour battery life means that the Circle doubles up as a video camera, ideal for parties and other gatherings. Simply set it up with a view of the room and it’ll automatically capture the highlights of the day, be it a kid’s birthday party or Christmas Day.

While the standard subscription provides a brief of the past 24 hours, the Circle Safe subscription enables 31-day cloud backup and as such, 31 days of footage to choose from. You can create briefs of entire weeks, or a from an event that happened weeks ago. It’s a great feature of the camera, adding extra value to a camera that is already decently priced.