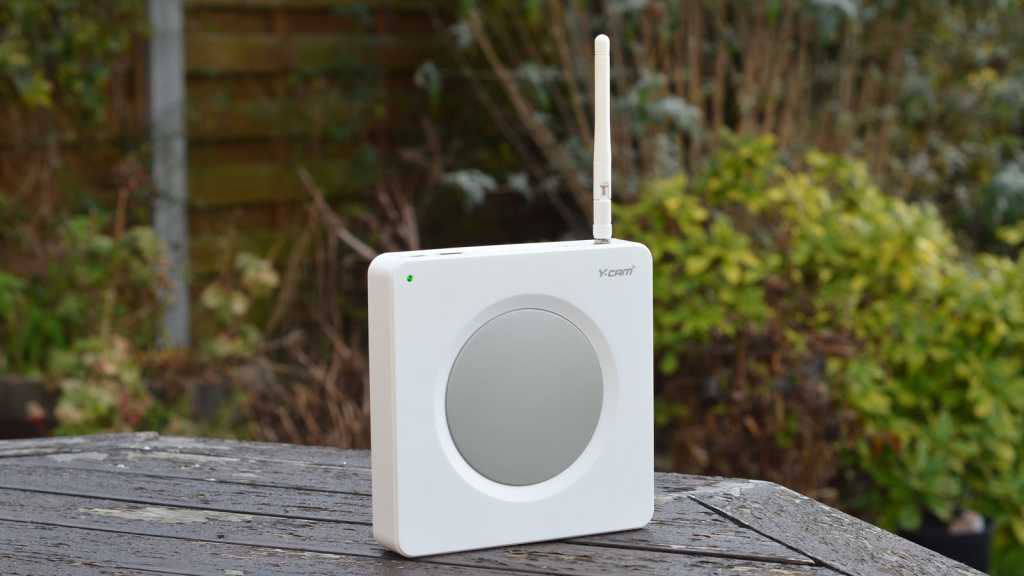 The Y-Cam Protect is a good-value home alarm system which reliably informs you when a sensor has been triggered. It has a built-in battery and SIM so will continue to work even if there’s a power cut or your broadband fails. Using the SIM demands a small subscription fee, but this also brings a list of other benefits, and it’s good value overall.

Before launching the Protect at the end of 2016 Y-Cam had been focusing on producing great home security cameras such as the  Y-Cam Evo but has now broadened its offering to alarm systems.

Y-Cam reckons it’s the best smart alarm you can get in the UK. As well as connecting to your router, it also has a built-in SIM and battery, so the alarm will sound and can phone you even if your broadband goes down or there’s a power cut.

Recently extra components have been launched including a solar-powered outdoor siren, a dummy siren and a pet-friendly motion sensor which won’t be triggered when your cat or dog walks around.

The Protect costs £149 from Y-Cam. Included in the box is the hub, a motion sensor, a door/window sensor and a remote fob. 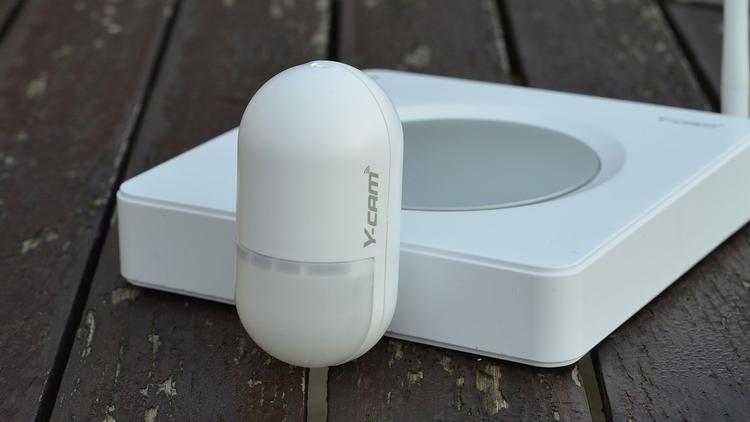 The starter kit is good value, especially when some competitors such as the MyFox Home Alarm cost £100 more and don’t offer a built-in SIM. See also: Best home security cameras

As you might expect, you will have to pay a monthly subscription fee to use the SIM, and it’s either £5.99 per month or £59.99 per year. This is called the Plus service and it gets you not only app alerts when using the SIM, but also text messages and phone calls when the alarm is triggered (even if the hub is using your broadband to connect).

You can also set the Plus button on the fob or in the app to send a custom emergency message to two mobile numbers, which could be useful in some situations.

The Plus subscription also gives you a three-year extended warranty and unlocks a 30-day activity log, which you can’t see if you go for the free internet-only plan.

And if you own a Y-Cam HomeMonitor camera, you’ll also get upgraded to 30 days’ storage for recordings rather than the standard seven days.

There’s also a Plus Premium option which is £9.99 per month and gives you 30 days’ storage for an unlimited number of HomeMonitor cameras. 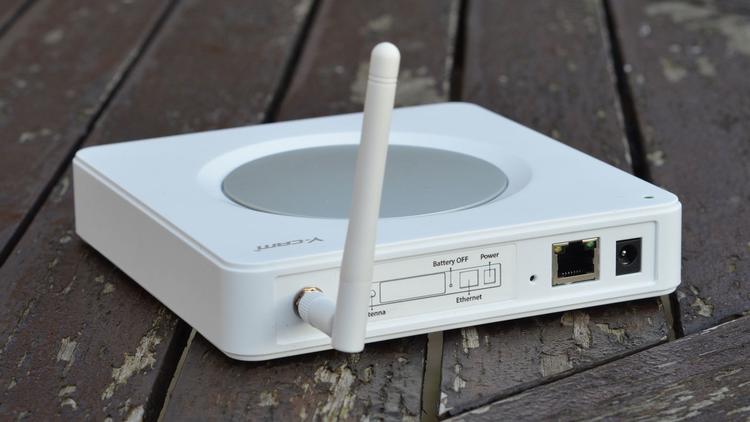 There are lots of smart alarms, but the Protect has what Y-Cam is calling “Triple Layer” security. It means that it keeps protecting your home if your internet or mains power fails: there’s always a backup.

The battery lasts eight hours, which is hopefully long enough to cope with most power cuts. The motion- and door / window sensors are battery powered and should last a year before needing replacements. They keep their size down by using non-standard batteries, but these are easy enough to buy online. The motion sensor is just like a traditional home alarm system and detects any motion, which means it can be triggered by pets as well as people. 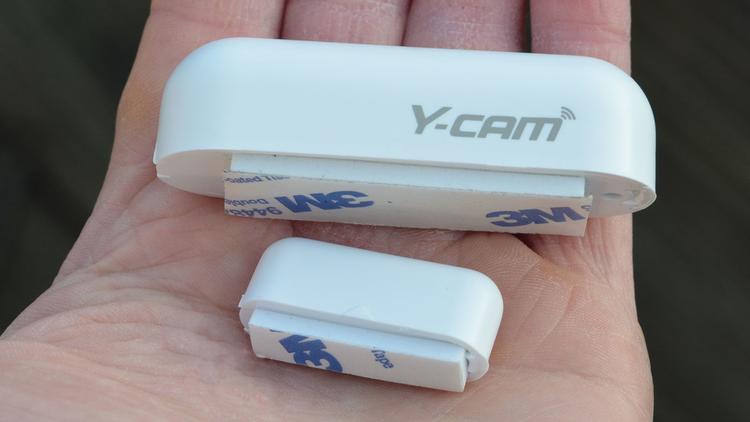 As well as full arming there’s a ‘home’ arming button. This enables only the door/window sensors. Unlike some rivals, though, there are no vibration sensors which would trigger the alarm if a potential break-in is detected.

Of course, unlike a traditional dumb alarm, you will get a notification on your phone whenever the siren is triggered, and a phone call and text message if you subscribe to the Plus service. You can also arm or disarm from anywhere – so long as you have an internet connection on your phone. This can be useful if you have a cleaner, for example.

When you arm it, the hub informs you with an English voice and it beeps for a few seconds to let you exit (you can set the time delay for this). Similarly, if you trigger the alarm because you’ve stuck the sensor on your front door, you’ll hear beeping and then a spoken message when you’ve disarmed it.

A recent update is integration with the company’s cameras: now all cameras will record when the alarm is triggered.

There’s a Y-cam Protect skill which you can enable in the Amazon Alexa app which lets you control the Protect alarm with your voice.For example, you can say “Alexa turn my Y-Cam alarm on”.

For security when disarming, you need to say your 4-digit PIN number.

The skill also lets you arm and disarm the alarm (as opposed to turning it on and off) and also setting it to home mode by saying “Alexa tell my Y-Cam to Select Home Mode”.

The hub measures 157x157x30mm and is designed to sit next to your router, or hang on the wall. It needs a wired network connection to the router as there’s no Wi-Fi: Y-Cam deemed Wi-Fi too unreliable for an alarm system. But, if you do want to place the hub somewhere else, you can use powerline network adaptors. 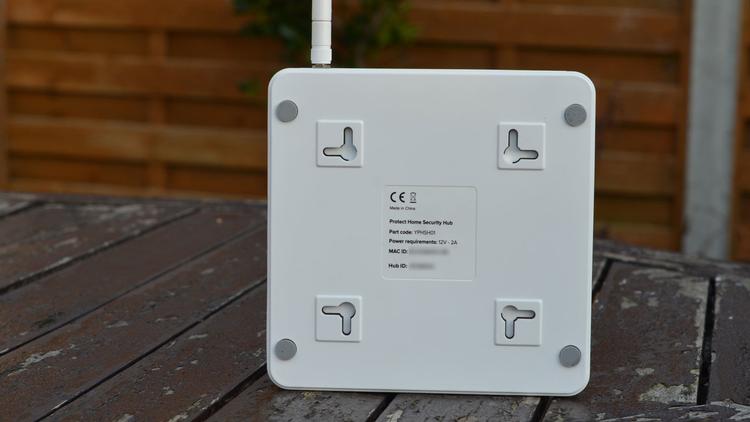 The motion and window/door sensors are wireless and come with sticky pads, making installation a breeze. Adding them in the app involves entering a code printed on a sticker, but it’s a shame this can’t be automatically recognised by your phone’s camera as with Apple HomeKit products: you have to key it in manually. It’s quick enough, though, and only has to be done once.

You’ll need the Y-Cam app for iOS or Android, but you’ll already have this if you own a HomeMonitor camera. 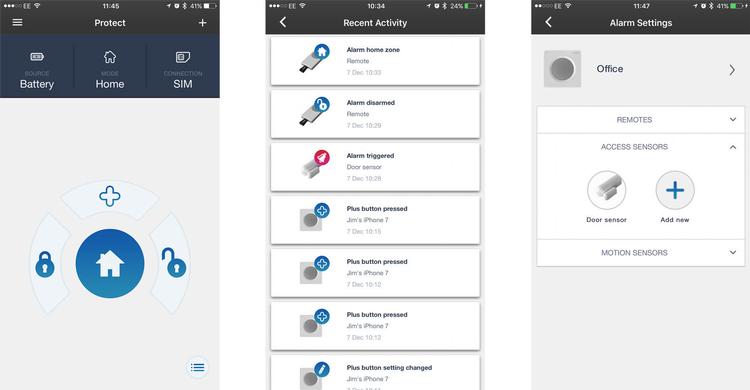 The interface is simple enough, and clearly shows the status of the hub: its power source, armed status and whether it’s using the SIM or your broadband.

Below is the same button layout found on the fob, which makes things easier.

The settings are a little hidden away, as you have to go to the hamburger menu, then settings, then choose your Protect hub, and then tap the arrow pointing right. 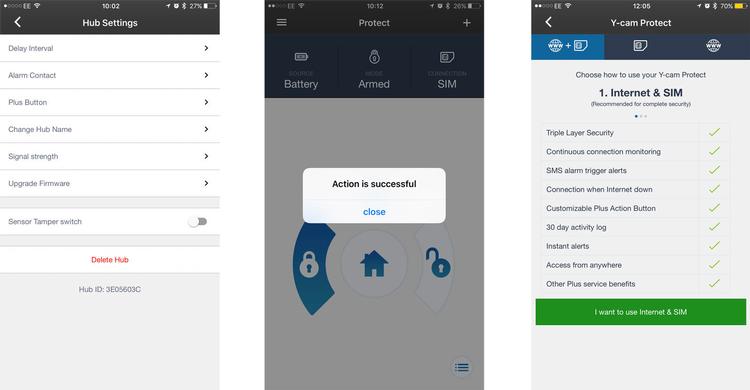 Here you can choose the time delay for triggering a sensor after arming, the name of your hub, the custom text message to send and whether or not the sensors’ tamper triggers are enabled or not. Note that the tamper switches are internal and won’t be triggered if someone rips the sensor off the wall or door / window frame. However, doing so will trigger the alarm anyway.

You can also see which network the SIM is connected to (it will use whichever UK network provider’s signal is strongest, usefully) and upgrade the hub’s firmware.

UPDATE: More features have been added since launch. One is the ability to override a sensor with a low battery or a faulty sensor and still arm the alarm.

Another useful update is the ability to temporarily ignore individual sensors, so you can leave a window open without its contact sensor triggering the alarm.

There’s also a home mode which lets you choose which sensors to use when you’re at home. So you could disable any upstairs motion sensors after bedtime and still monitor downstairs.

Lastly, the app tells you the SIM’s signal strength and which operator it’s currently using. As it’s a roaming SIM, you can use the system in Europe as well as the UK.

In general, the Protect performs well. It arms and disarms quickly after pressing the button on the fob, or in the app. Alerts also arrived swiftly to say the system was armed, disarmed or triggered, and there are also alerts sent if certain settings are changed.

On occasion we found it took a long time to get a response in the app to tell us that the system had been armed or disarmed. There’s no immediate feedback to let you know a button press has been registered, either, but Y-Cam is working on an app update to address this and a few other things such as a warning to tell if you phone has no internet connection.

The app can also be a bit slow to load images and the settings page, and we’re certain it’s not an issue with our own 4G or Wi-Fi.

One other problem with the app is that if you set the Plus button to turn all your HomeMonitor cameras on or off, it merely responds with an “Action is successful” message when the button on the fob or in the app is pressed. It is at least feedback, but doesn’t tell you if the cameras were switched on or off, so you could inadvertently turn them off when you meant to turn them on.

Our only other criticism is that the siren isn’t particularly loud, certainly not loud enough to make a thief want to leave the premises immediately. It’s doubtful any neighbours would hear it, but this isn’t such a bad thing as people tend to ignore house and car alarms: the important thing is that you’ll know if the alarm is triggered wherever you are. You can then view the feed from your HomeMonitor camera(s) and call the police if necessary.

This issue has now been addressed by the addition of an optional external siren, though.