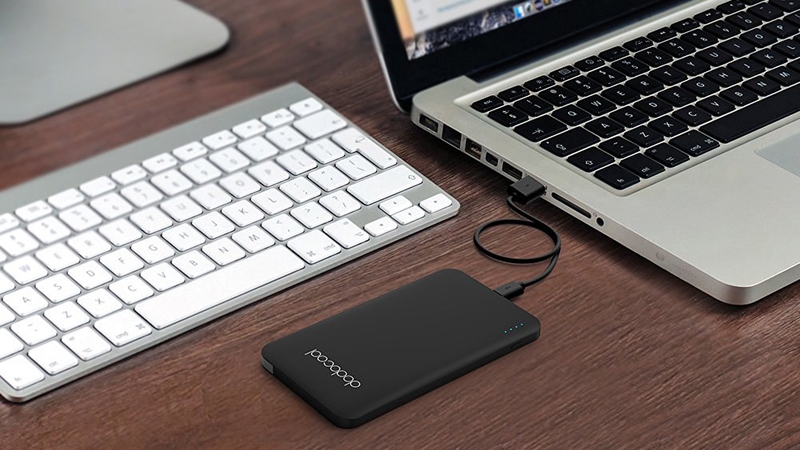 A great-looking compact power bank that has a built-in charging cable for Android or iPhone. Android users will find it slow, but the Dodocool 5000mAh power bank will prove an ideal travelling companion for iPhone users.

This Dodocool portable charger is a compact and pocket-friendly power bank with built-in charging cable much like the EasyAcc 6000mAh Ultra-Slim Power Bank, but with some key differences that could affect your purchasing decision. Also see: Best power bank

Whereas the EasyAcc is a 6000mAh power bank, which should charge any iPhone twice or Android phone once, the Dodocool is a 5000mAh power bank that will fill an older iPhone twice, but newer models just under two times. It holds less portable power for Android devices, but it’s better designed to accommodate them, with its MFI-certified Lightning cable detachable in order to swap in the Micro-USB version also supplied in the box.

You would think, then, that this would be the better all-round power bank, suiting Android and iPhone users alike. Actually, Android users would do better to look elsewhere, to power banks with higher capacities and faster outputs. It is, of course, nice to have the option to charge either device should the need arise in an emergency. Also see: How to charge your phone’s battery faster

The Dodocool may be a pound more expensive at £17.99 from Amazon UK (although a dollar cheaper in the US at $21.99 from Amazon.com) and lower in capacity, but it has some distinct advantages over the EasyAcc. As well as the detachable and swappable charging cable, the Dodocool has by far the nicer design. 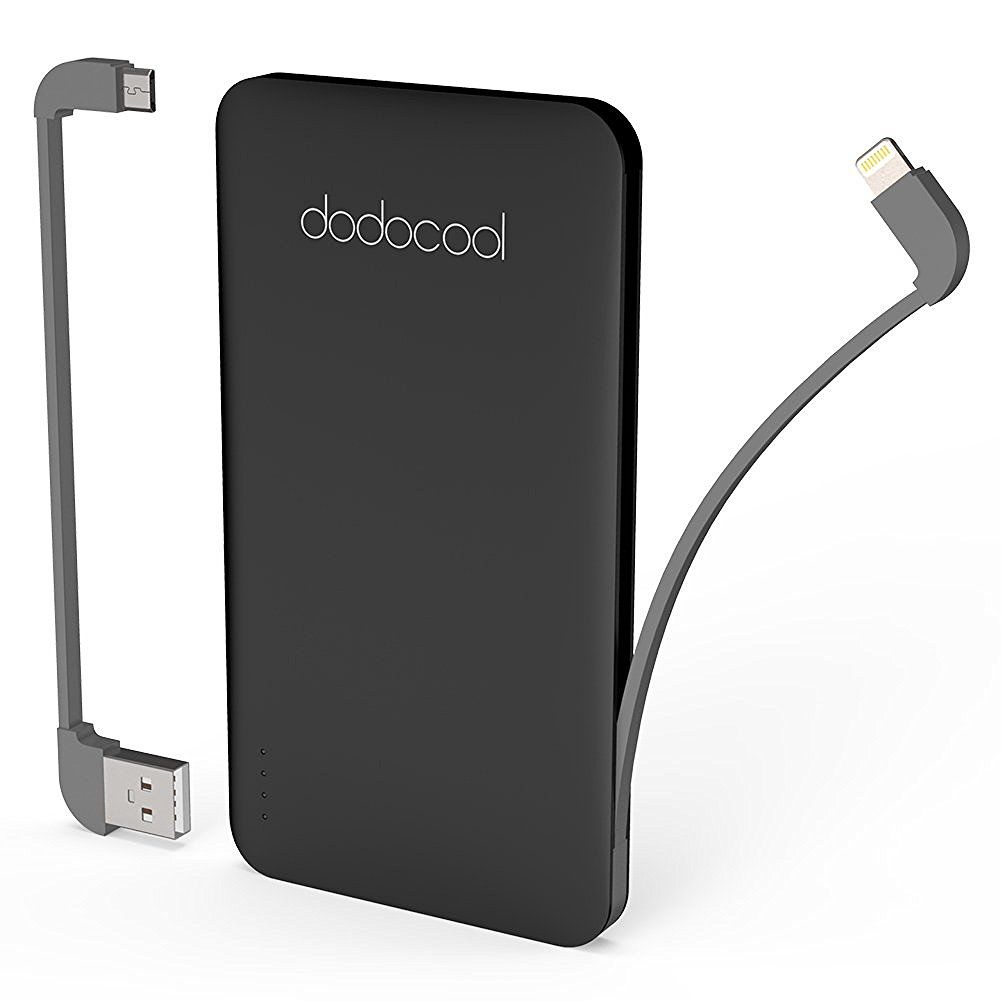 The Dodocool is a sleek slab of high-gloss black plastic that is very easy on the eye. It’s a touch wider than the EasyAcc but shorter and slimmer. The corners are nicely rounded, and everything lies flush, with no pullout tabs spoiling the clean lines. Based on aesthetics alone, we’d choose this Dodocool over the EasyAcc every time. See all power bank reviews

Specification-wise the two banks are very similar. Each has two outputs, both rated at 5W with a total max output of 10W (in other words the power bank can simultaneously support both at full-speed). That’s not very fast at all, although it is standard for iPhone charging.

The input is faster at 10W, and both power banks are refilled and supplied with a Micro-USB cable in the box. Whereas the EasyAcc will refill in around 3.5 hours, its slightly smaller capacity means the Dodocool will charge in 3 hours. That’s provided you’re using a 10W USB charger, of course. Also see: How to improve smartphone battery life

The EasyAcc appears to support passthrough charging, whereby you can charge both phone and power bank at once, though it isn’t mentioned in the spec. With the Dodocool you are expressly advised not to charge the two simultaneously as it may harm the device. To be fair it’s really only super-high-capacity power banks where passthrough charging is soughtafter.

The Dodocool also lacks an LED flashlight if such a feature is important to you, and there’s no auto-on functionality, so when you connect a device you will need to tap the power button to begin charging.

In common with the EasyAcc LEDs are used to reveal how much power remains in the bank, but here there are four rather than five. At this capacity level that’s really not an issue.