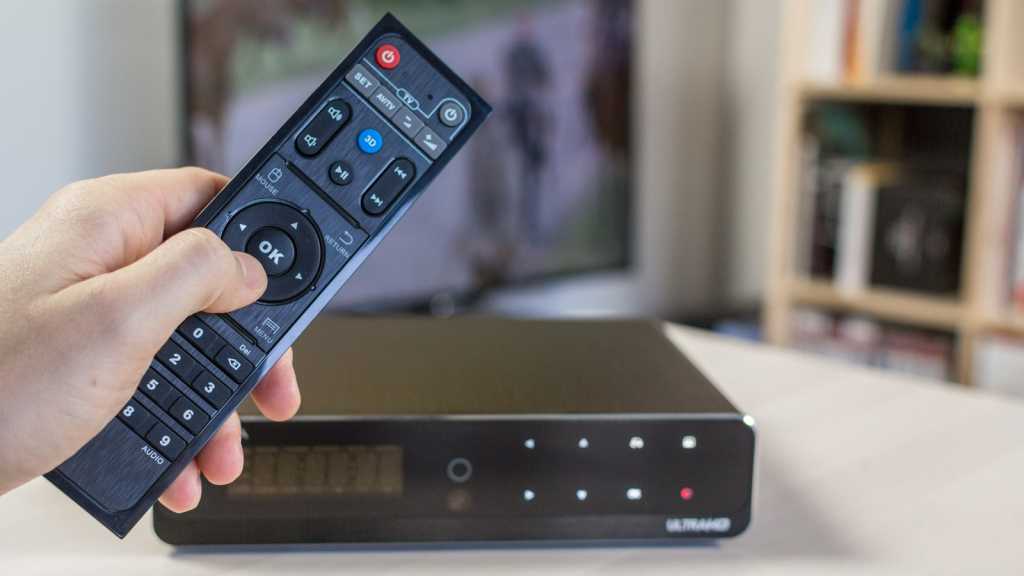 The Q10 Pro prices itself out of range for those wanting a simple, no-frills box that adds Android functionality to their TV set, but the HiMedia offers so much more than this. Fantastic format support, expansive storage options and good 4K image quality make this a great Kodi box for enthusiasts.

The Q10 Pro brings together Kodi’s excellent media management and HiMedia’s insane format support and 4K image quality in one stylish Android TV box. But is this the best Kodi box to buy? We find out in our HiMedia Q10 Pro review. Also see: Best Kodi boxes 2016

HiMedia is a Chinese manufacturer of Android TV boxes, and the Q10 Pro is one of its latest devices. It’s more expensive than many Android TV- or Kodi boxes, though with good reason.

The cheapest we found the Q10 Pro was at Futeko for £159.99. It’s a UK-based vendor, though not one we’ve previously dealt with. Because it’s in the UK you won’t be required to pay import duty, which is an advantage over grey-market sites such as GearBest and Geekbuying (where it also costs more, at £239.70 and £247.20 respectively).

An alternative is to buy the HiMedia Q10 Pro from eBay, where it costs £165.99 with free UK delivery.

However, Android TV boxes – especially those with Kodi preinstalled – are available reasonably cheaply from a number of vendors, so why would you want to fork out above the odds for this HiMedia alternative? Let’s find out.

Also see: How to use Kodi 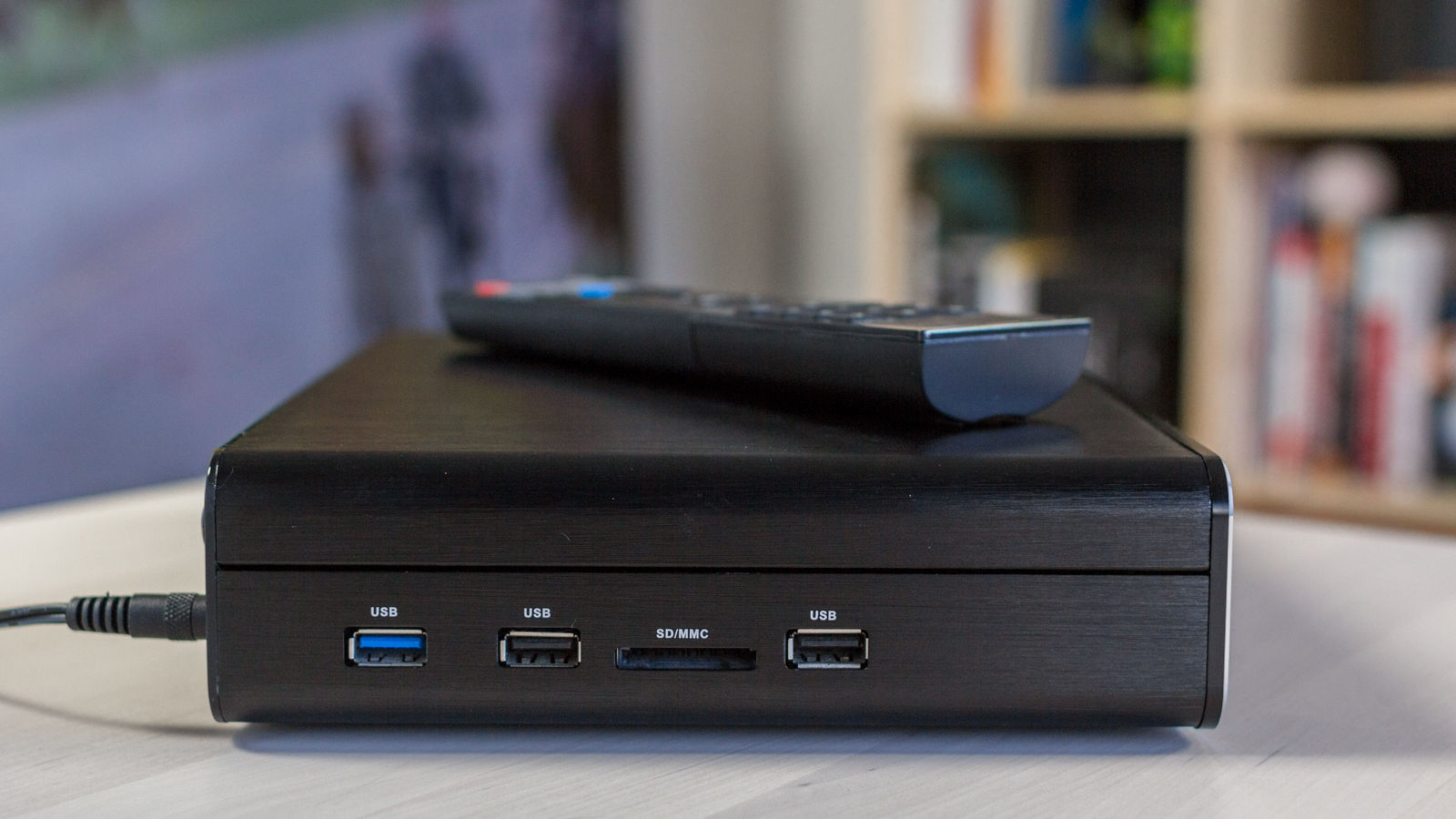 HiMedia Q10 Pro review: What it is, what it does

In its most basic form the HiMedia Q10 Pro is a box that connects to your TV over HDMI and allows it to operate as a giant Android tablet, though without the touchscreen (you get a remote control instead). You can install any apps you might install on a phone or tablet, whether that be games, social media, catch-up TV or other.

One of the most commonly installed apps on Android TV boxes is the Kodi media-management app, which is helpfully preinstalled and fully integrated here. But the HiMedia Q10 Pro sets itself apart from most Android TV- and Kodi boxes with a great deal of extra functionality. Also see: Best Kodi builds and Best Kodi add-ons 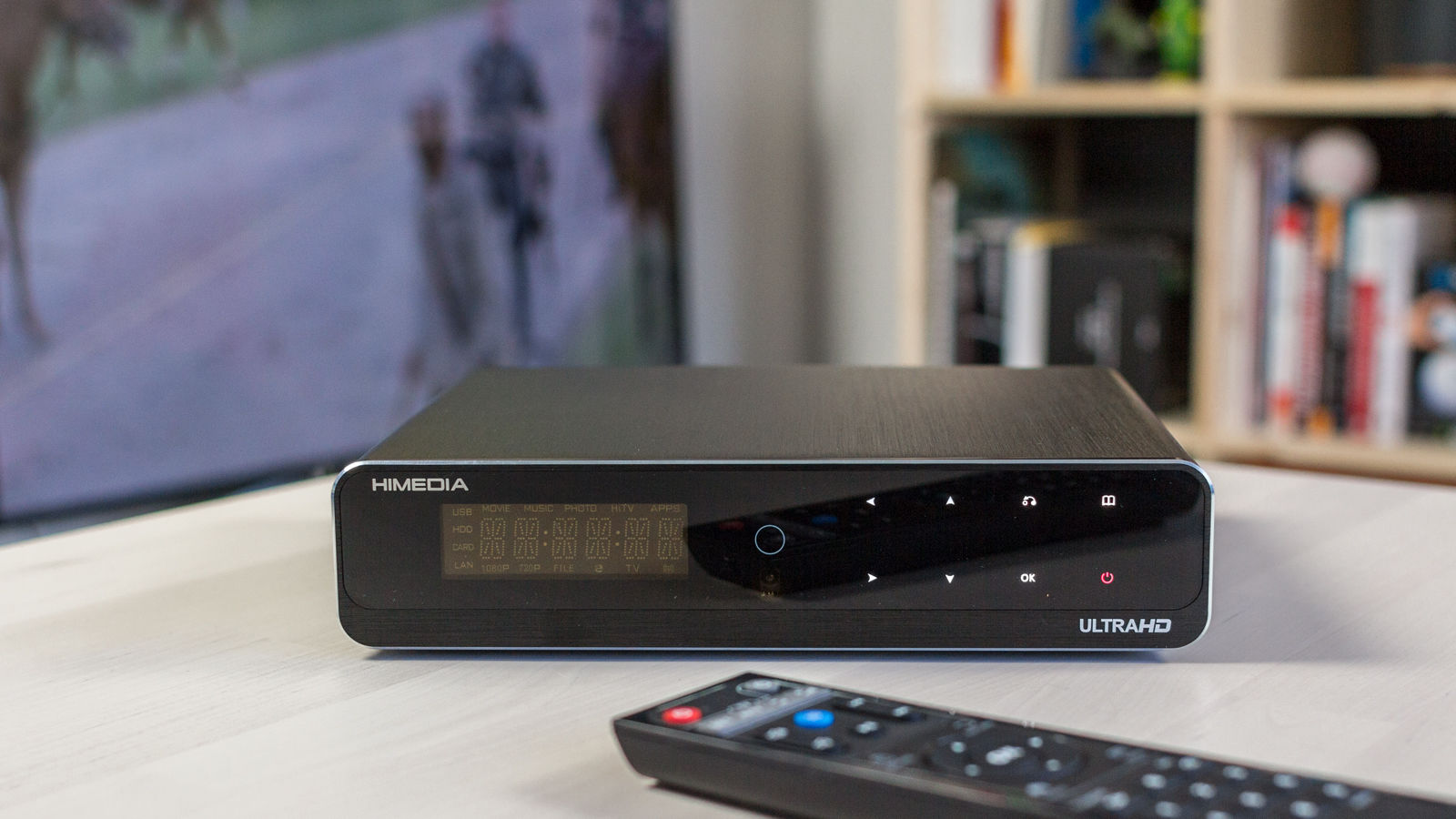 Let’s start with the obvious: the HiMedia Q10 Pro doesn’t look like your average Android TV box. It’s larger than most – more so when you factor in the rear-mounted detachable Wi-Fi antenna – and yet it’s still easily one of the better-looking examples we’ve seen.

The Q10 Pro has a black premium brushed aluminium casing (that thanks to a rear cooling fan kept its cool during our testing), with a glass panel at the front revealing an LCD display and a useful touch panel. An IR sensor at the centre pairs with a bundled remote that would appear to do it all (except ‘Stop’, though we’re told there is a workaround). The chrome trim and gently rounded corners are nice finishing touches that will allow this Kodi box to slip right into any home-entertainment setup.

The reason for its size becomes obvious when you slide the catch on the right edge and open up the lid: the HiMedia Q10 Pro has a 3.5in drive bay that allows it to support up to a staggering 6TB of storage. Should you need more there’s also support for NAS reading, simplifying sharing and backup across a network, plus an SD card slot. A USB 3.0 and two USB 2.0 ports on the left edge enable you to attach USB peripherals or even more storage. It’s worth pointing out, though, that with 16GB Flash storage built-in you can use this Android TV device right out the box. Also see: Best media streamers 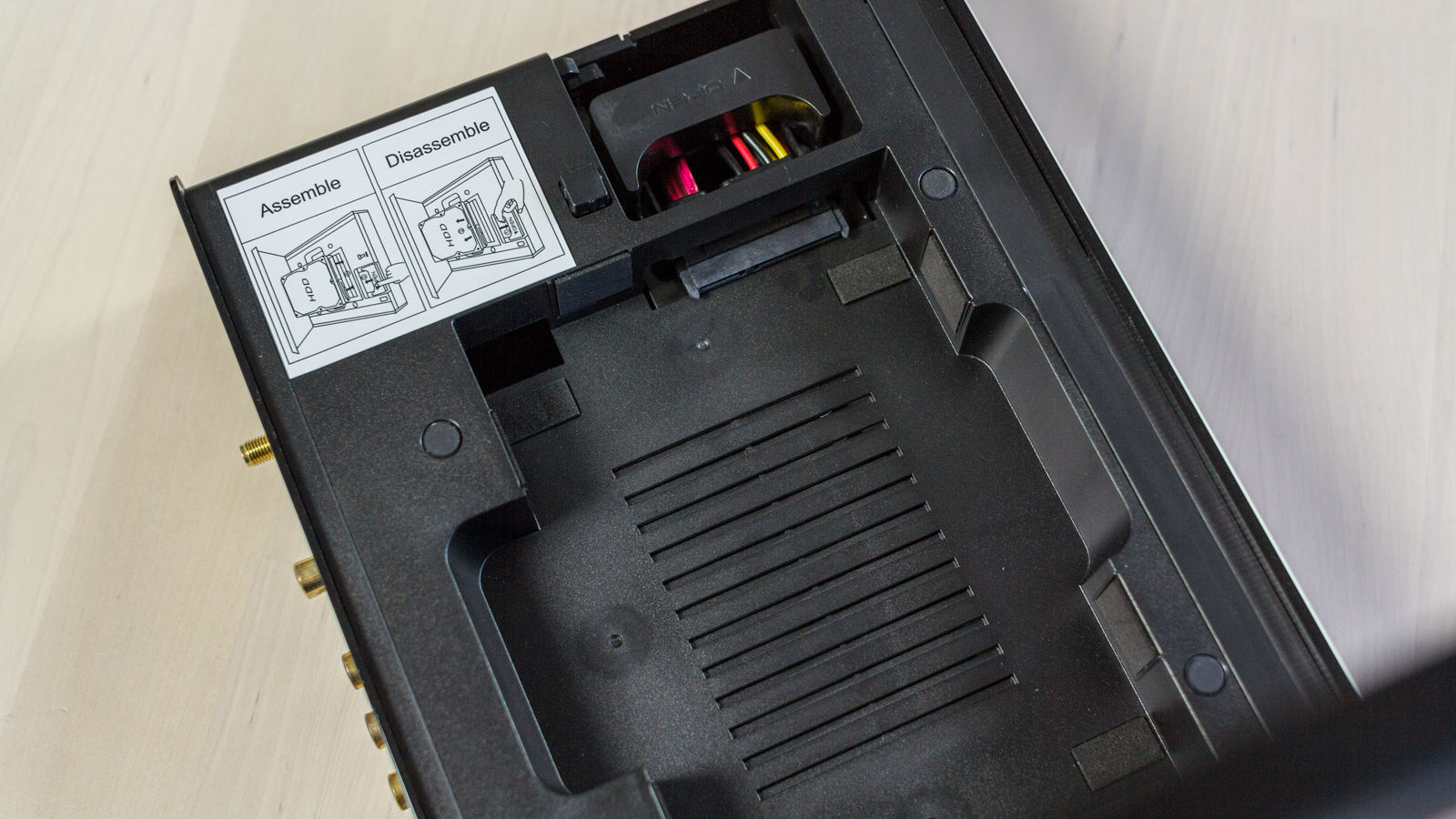 The aforementioned USB 3.0 port is another highlight in this HiMedia Android box (there’s also a USB 3.0 Slave port), and when you factor in the sheer number of connections on the Q10 Pro you begin to see another reason why it is so large. With support for SATA 3.0, USB 2.0, USB 3.0, Gigabit Ethernet, Optical & Coaxial SPDIF, Composite and HDMI 2.0a, there are few devices you won’t be able to connect to this box. Miracast, HappyCast and Bluetooth 4.0 +EDR are also available for wirelessly connecting devices. 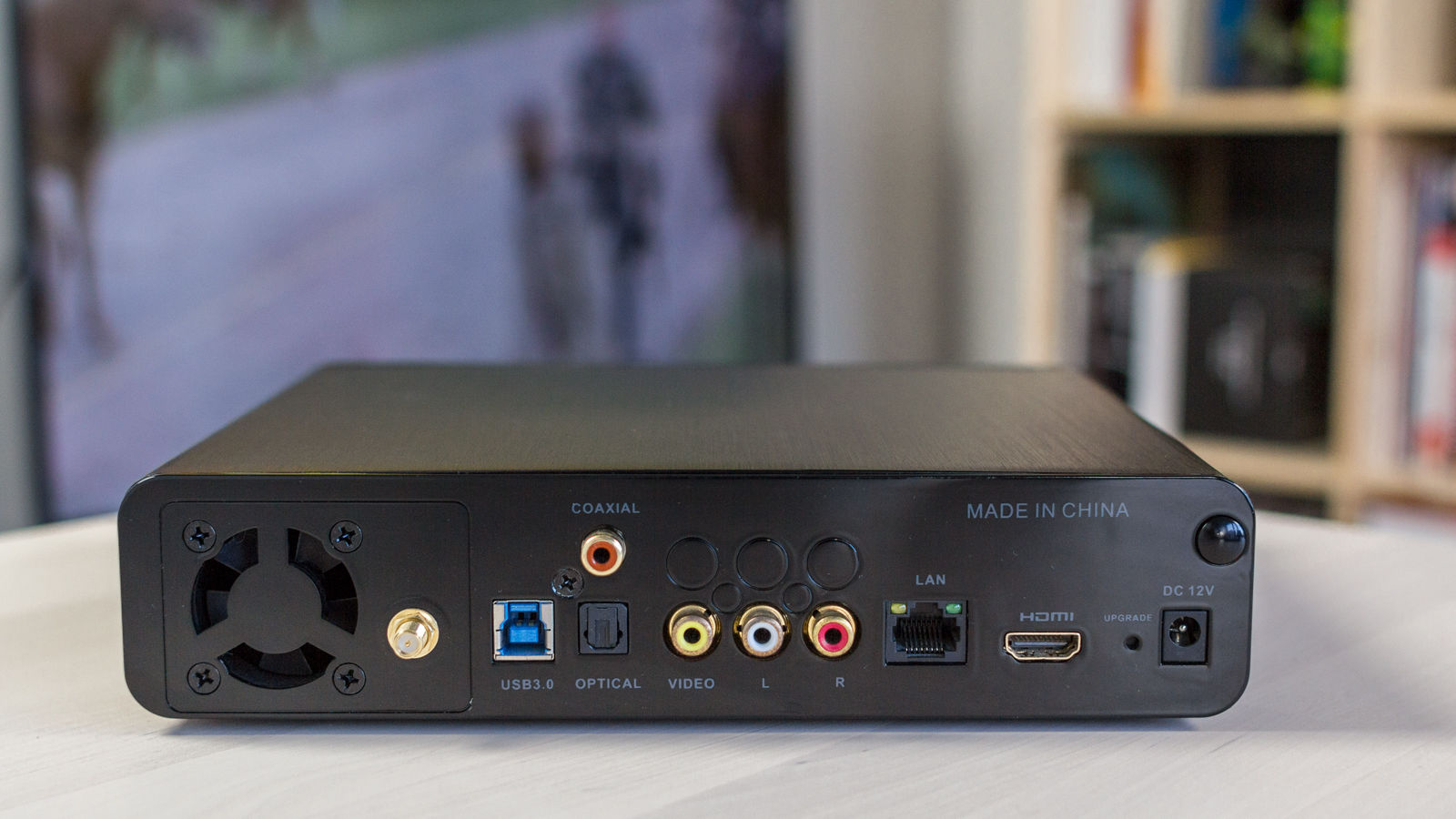 The Q10 Pro’s support for HDMI 2.0a is particularly interesting, and something of a game-changer over HDMI 1.4. Where HDMI 1.4 has a transmission bandwidth of 10Gbps, HDMI 2.0a can handle 18Gbps. This enables it to deliver 4K streams at 60fps with no fuss. The HiMedia Q10 Pro can also support 3D, though UltraHD content is really where its strengths lie.

Of course, it’s all very well connecting any device you can think of, but the hardware also needs to be able to read the files stored on them. The HiMedia gets a thumbs-up here with very strong audio and video file format support: HiMedia says it will support any format you can name. Also see: Is streaming pirate movies legal?

Out of the box the HiMedia Q10 Pro runs Android 5.1.1 Lollipop, though an update to Android N is promised. However, you wouldn’t necessarily know that this was Android Lollipop, since the custom UI makes it somewhat unrecognisable. In fact, its colourful tiled interface reminds us more of Windows 10 than it does Android. But for use on a TV this type of setup is essential, and the HiMedia Q10 Pro really couldn’t be easier to operate. 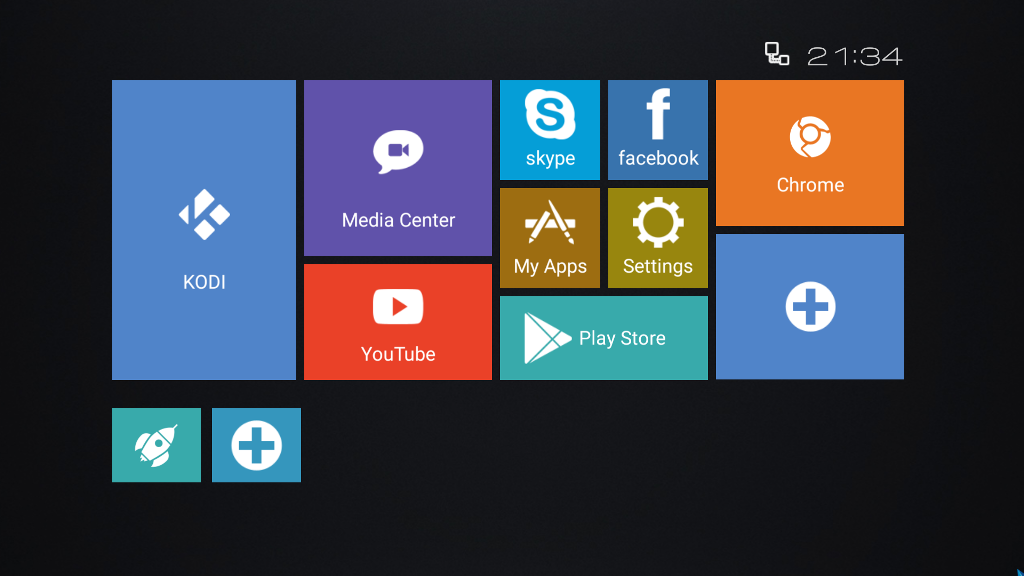 The largest tile on the home screen is for Kodi, which is preinstalled on this box. HiMedia also includes in the software a Kodi wrapper, which is in essence software that pairs Kodi’s media management expertise with HiMedia’s format support and image quality, allowing you to take advantage of 4K Ultra-HD, HDR, 10-bit colour, 7.1 HD-Audio and 3D ISO support within the application.

It’s more than just a Kodi box, though: the HiMedia Q10 Pro is a full Android system, and you can install any apps you like to start streaming content. From the home screen you can access a MediaCenter, YouTube, Skype, Facebook and Chrome – but remember that this is Android, so any app you’d use on your phone or tablet can be installed from the Play Store.

Whereas a phone or tablet has an app tray, the Q10 Pro has a My Apps menu available from the home screen that lists all the apps downloaded to the box. We were pleased to find very little bloatware preinstalled here, though as we’ve noted storage shouldn’t be an issue. Also see: Android Nougat review 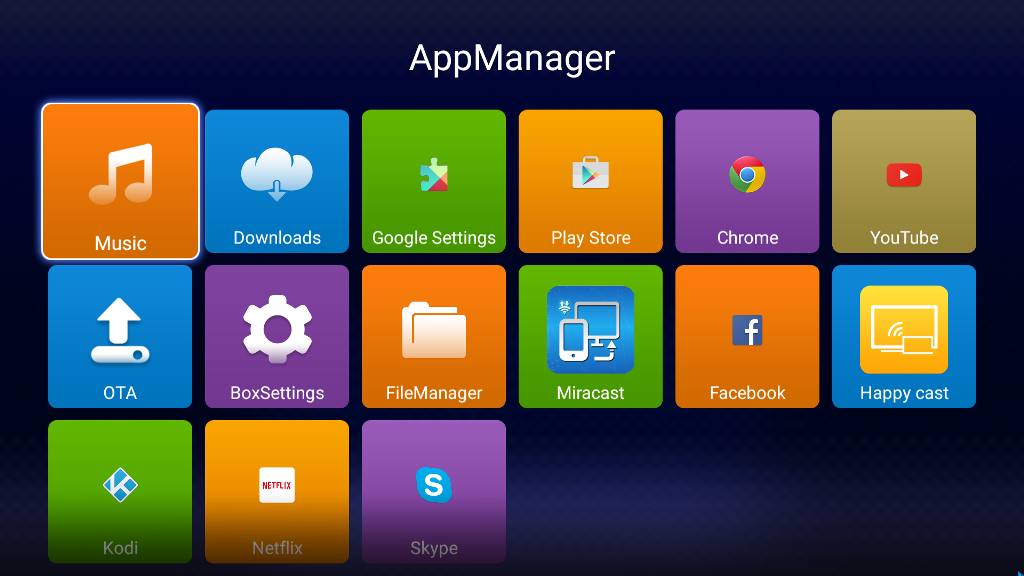 If you’re missing Android as you know it, the one place it looks familiar is in the Settings menu. This is where you’ll find options to upgrade the software, join a wireless network (which we weren’t prompted to do during setup) and alter display and playback options.

Our first impressions of the HiMedia Q10 Pro were good, with the device booting up and ready to go in under 20 seconds.

With 2GB of DDR3 RAM, the Mali T720 GPU and a HiSilicon Hi3798C V200 quad-core processor (based on the Cortex-A53) inside, our perceptions of its real-world performance were also very good.

Operation was fast and fluid, and the Q10 Pro is easily capable of 4K streaming. The picture is good, and shown in the best possible light by HiMedia’s wide colour gamut, 10-bit colour and HDR.

We ran the HiMedia Q10 Pro through the benchmarks we use for all our Android phone and tablet reviews, though the differences in their usage makes drawing comparisons rather unimportant. Nevertheless, in Geekbench 4 it recorded a multi-core score of 1891, and in GFXBench it recorded 17fps in T-Rex and 7ps in Manhattan. In AnTuTu it’s capable of around 38,000. These are good scores for an Android TV box.