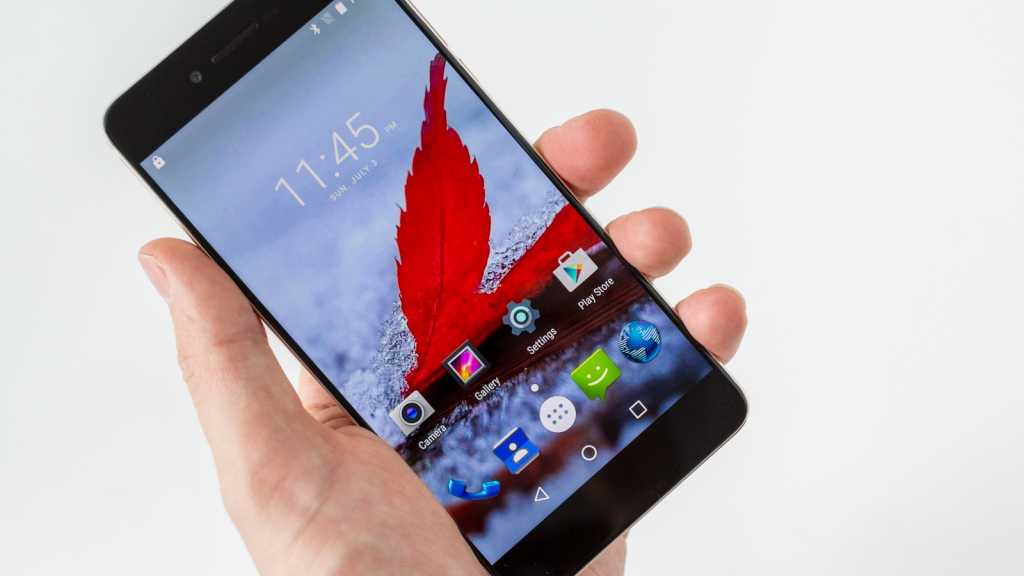 The Vernee Mars is a decent budget smartphone with a great build and adequate performance. With 32GB of storage as standard and support for quick charge, microSD and dual-SIM operation, it may prove a more attractive option than many UK budget rivals – especially when purchased from GearBest’s EU warehouse.

We were impressed with what Vernee was able to offer with its Apollo Lite at under £200, but arguably more so with the Mars. While this octa-core smartphone isn’t as fast as the deca-core Apollo Lite, it has a great build at this price point. Also see: Best Chinese phones and Best budget phones

By comparison, there is currently no EU warehouse option for the Vernee Apollo Lite, so you must buy from China. The price is lower at £144.30 ($179.99), but with import duty on top the difference will be much less. Read our advice on buying Chinese tech before you make a decision.

Both phones are sold SIM-free, and support all three 4G bands used in the UK. With a hybrid SIM slot they can support either microSD (up to 128GB) or a second (Nano-) SIM. The primary SIM is a Micro-SIM, although an adaptor is supplied in the box. Also see: Best budget phones 2016

Whereas the Apollo Lite majors on performance and less so on design, the Vernee Mars is the complete opposite. It’s not a slow phone by any means (and we’ll talk more about this in the Performance section below), but where it really excels is in design.

From the rear, at least, the Vernee Mars could easily be mistaken for an iPhone 6 – especially in gold as per our review sample. The Mars is built entirely from 6000 series aluminium, with a camera sensor slightly raised from the surface in the top left corner (though not by enough that the phone rocks when placed on a desk). As with the iPhone there are slim antenna stripes visible on the rear to help combat the problem of poor mobile reception in all-metal phones.

But this is no iPhone, and viewed from the front it has a very clean appearance. There is no physical home button, and the Android-standard Home, Back and Multitasking buttons are software keys that sit at the bottom of the screen and are visible only when it is awake. All that breaks up the jet black surface is a speaker, selfie camera and notification LED at the top. See all smartphone reviews

The Mars is one of few phones we’ve seen to sport a fingerprint scanner on its right edge – something we’ve seen on recent Sony phones, but here it sits below the power button rather than integrated to it. This is a fantastic place to place the fingerprint scanner as it is where your thumb or middle finger (depending on whether you are a leftie or a rightie) falls naturally as you hold the phone. In our tests it worked well, living up to its claimed 0.1s recognition speed, and it looks right at home on the Vernee Mars’ smooth metal edges.

Thinly chiseled at the top, this metal edge runs smoothly into the 2.5D curved glass sitting atop the screen. There’s no obvious join here as you run a finger across the surface, which adds to the phone’s aesthetic appeal. Also see: Best smartphones 2016

The screen itself is a 5.5in full in-cell LCD display, protected with Gorilla Glass 3. It has a full-HD resolution of 1920×1080 pixels, which is still not always a given at this price point. Everything on screen seems crystal clear, while viewing angles are very good and colours realistic. Vernee states a 1000:1 contrast ratio, though we’d like to see higher brightness. Again, at this price it’s difficult to complain.

The screen bezels are just 1mm thick at the left and right sides, which helps keep down the overall size. Although this is strictly speaking a phablet, it certainly doesn’t feel as unwieldy as some, measuring 151x73mm with a thinner than the Apollo Lite 7.6mm frame. However, there is a fair amount of space top and bottom, resulting in a screen-to-body ratio of 81 percent. Also see: Best mid-range phones 2016

In common with the Apollo Lite there is a mono speaker grille on the phone’s bottom edge, which is a much preferable position than on the rear (as is the case with many budget phones) where sound is fired exactly where you don’t want it. It, too, sits beside a USB-C port, which supports digital audio. No USB-C (or other) headphones are supplied in the box, so we weren’t able to test the improved quality such a feature is expected to provide, but it’s good to know you can still use a standard pair of headphones with a traditional 3.5mm jack also present.

On the left side is a single slot-loading SIM tray. This is a hybrid tray that can accept either one Nano-SIM and one Micro-SIM, or one Micro-SIM and one microSD card up to 128GB in capacity. Not being able to use two SIMs and microSD at once will be a frustration for some users, but not everyone needs both – and it’s worth pointing out that many UK budget phones offer neither. Also see: Best Android phones 2016

Performance from the Vernee Mars is certainly adequate for daily tasks, though it’s not really anything to shout about. In real-world use we found operation mostly fluid, which is little surprise given the sheer lack of bloatware and almost entirely vanilla Marshmallow setup on this phone – a real bonus. Also see: Best phablets 2016

In terms of core hardware the Vernee Mars runs an octa-core Helio P10 processor, a chip building in eight Cortex-A53 cores which is also used by the Elephone P9000 and Meizu M3 Note. In most respects it is a touch faster than both those phones, if not as fast as the deca-core Vernee Apollo Lite.

We recorded scores of 2732 and 50,004 in the Geekbench 4 and AnTuTu 3D general performance tests, and 8- and 18fps in the T-Rex and Manhattan components of graphics benchmark GFXBench. In JetStream, a Javascript benchmark, the Mars recorded 24.712, which is about average for a budget phone. You can see how its performance compares to all those phones in the chart below. Also see: What’s the fastest phone 2016?

We’ve already mentioned that the Vernee Mars supports up to 128GB of removable storage via microSD, but arguably more impressive is its 32GB of internal storage. We still live in a time where many budget phones come with just 8GB, and perhaps 16GB if you’re lucky. Many users will find 32GB is enough for their needs without expansion.

The battery is a highlight, and we managed to get in excess of a full day’s usage from the 3000mAh cell. Of course, this is difficult to measure exactly since everybody uses phones differently, so your mileage may vary. What’s more interesting though is that it supports quick charge. That’s not quick charge as in Qualcomm Quick Charge, but Vcharge; using the supplied adaptor you can get a 50 percent charge in 30 minutes.

It is in this section that we come to the one departure from vanilla Android Marshmallow for the Vernee Mars: it supports Turbo Download, which combines the power of cellular and Wi-Fi internet to speed downloads. How much that appeals really depends on how often you download large files.

There’s no IR blaster or NFC support on this phone (ruling out Android Pay), though it does cover most other bases with dual-band 802.11a/b/g/n/ac Wi-Fi, Bluetooth 4.0, GPS, A-GPS and GLONASS, and OTG.

The dual-SIM capability will be a real draw for some, and whereas some Chinese phones (notably Xiaomi) do not provide support for the 800MHz 4G band used by O2 and Giffgaff, the Vernee Mars can work with all UK 4G bands. The Mars supports a Micro-SIM plus either a Nano-SIM or a microSD card. Also see How to tell whether a phone is supported by my network.

With the Apollo Lite Vernee plumped for two Samsung cameras, but here it has selected the 13Mp Sony IMX258, which in our opinion is a reasonably good choice at this price. It has an f/2.0 aperture, phase-detection autofocus and a dual-LED flash, plus support for full-HD video recording at 30fps, but no image stabilisation – which became quite obvious when trying to take photos from a windy 7th floor roof terrace. At the front is a 5Mp Samsung S5K5E2.

As with the Apollo Lite the camera app is very basic, offering little more than normal, Panorama and HDR modes. In the Settings menu you also have options for face detection, smile shot and auto scene selection, plus a 40-shot burst mode.

You can see a couple of our test shots, taken in Auto and HDR modes, below. There’s quite a lot of blurring visible, while HDR mode overcompensated for the dreary conditions outside. However, the camera can do an acceptable job given decent lighting. Also see: Best phone cameras 2016

One of the best things about this phone, other than the build, is that it’s running an up-to-date version of Android – 6.0.1 Marshmallow. And better still, Vernee hasn’t messed around with the OS any more than adding the aforementioned Turbo Download mode. That does mean you don’t get extras such as gestures, for example the ability to double-tap to wake the phone, but many users will be pleased to see Android as it was intended.

As with the Apollo Lite Vernee has not preinstalled Google apps such as Gmail, YouTube and Maps, though installing these is as simple as visiting the Play store.