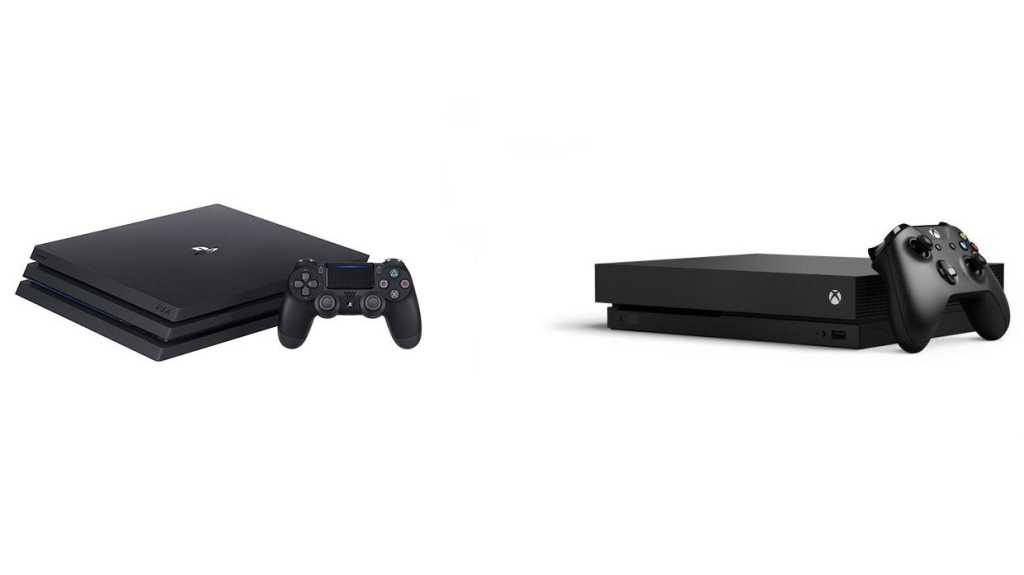 While Sony’s PS4 Pro is not to be sniffed at – it still provides a bump in performance compared to the PS4 – it simply can’t compete with what the Xbox One X provides. True 4K@60fps gameplay is stunning, and the inclusion of a 4K Blu-ray player means you can enjoy UHD movies too.

Sony’s PlayStation 4 Pro was the most powerful games console on the market by some way since release in 2016, but it looks as if that crown has now been taken, as Microsoft’s souped-up Xbox One X is now available to buy in the UK. We take an in-depth look at it separately, in our Xbox One X review.

Some gamers might already know they’re planning to own both consoles, but that’ll be too pricey for a lot of us. So if you’re just looking for one, should you grab the PS4 Pro or the One X?

If you’re in the UK, head to  GAME,  Amazon,  Argos and the  Microsoft Store. There’s high demand for the console though, so you may have to wait a while before getting your hands on the console. 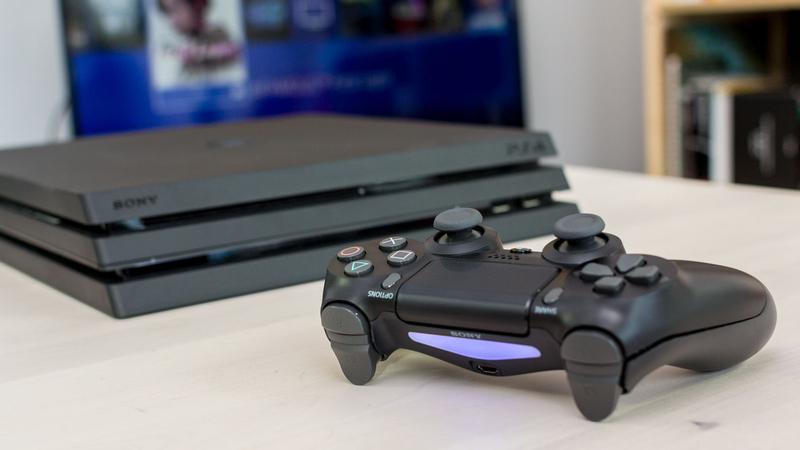 So the Xbox One X costs a fair bit more than the PS4 Pro, but will you get more for your money? On paper at least, yes.

The One X boasts a custom-built eight-core CPU, with each core clocked at 2.3GHz. That’s similar to the octa-core setup in the PS4 Pro, but that only runs at 2.1GHz, giving the Xbox a slight edge.

That’s needed to drive the biggest hardware change here: the GPU. The entirely custom AMD chip boasts 40 compute units each running at 1172MHz – dramatically faster than the 911MHz the PS4 Pro’s 36 units run at. Microsoft has lived up to its promise to offer six teraflops of GPU power, especially impressive when you consider the tiny dimensions of the console compared to the PS4 Pro.

The extra tech ensures smooth, consistent 4K gameplay, which requires plenty of bandwidth elsewhere. To that end, the One X has 12GB of GDDR5 RAM (versus 8GB in the PS4 Pro), with a total memory bandwidth of 326GB/s (218GB/s on the PS4 Pro).

In terms of how all those specs affect performance, the One X is capable of running games at 60 frames-per-second in 4K resolutions, or at least that’s the aim. The framerate can occasionally drop, but it’s not as noticeable as what we’ve seen playing certain games on the PS4 Pro.

By contrast, the PS4 Pro offers upscaled or ‘dynamic’ 4K, and doesn’t typically offer a smooth 60fps – the difference between the two is immediately noticeable. 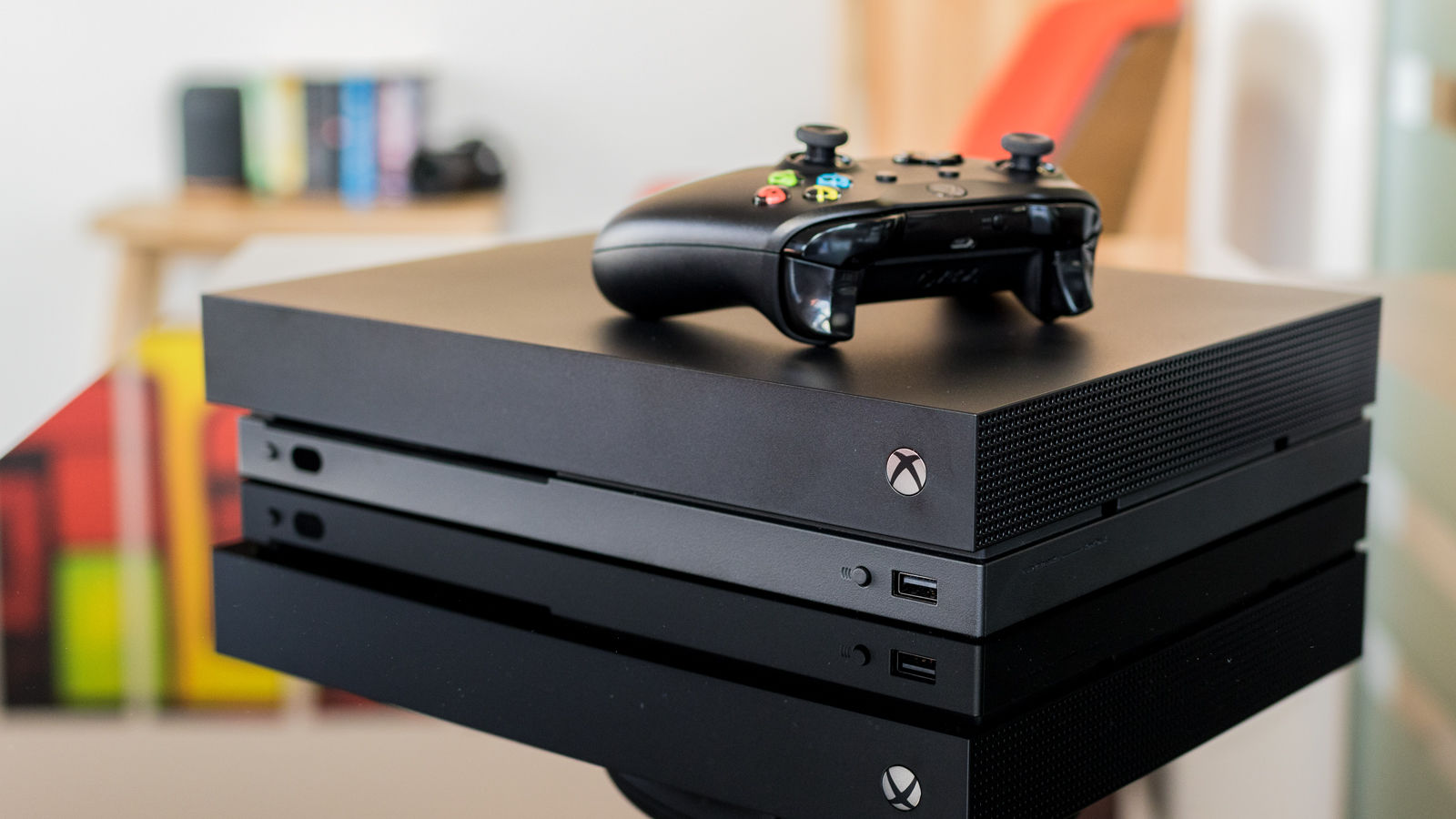 The Xbox One X also plays 4K Blu-rays, though the PS4 Pro doesn’t. That’s probably not a big deal for most people, but if you know you’re going to want to watch films in the highest definition you can, you might want to grab the One X.

Both consoles are also capable of improving performance for other games, not just those with specific Pro/One X support. Boost mode lets the PS4 Pro run at a higher GPU and CPU clock speed in order to improve gameplay on some PS4 games that were released before the Pro. It should provide higher frame rates for some games, and can reduce load times too.

However, One X has the slight edge here, because Boost Mode won’t work on every PS4 game, while Microsoft claims the One X will offer native performance boosts for every Xbox One title.

The company has emphasised that different games will see different benefits based on their software architecture, but that all should see some improvement, whether in resolution, graphics quality, or frame-rate.

Much of the hype around both consoles has been about one thing: VR. With increased processing power, both consoles promise serious performance upgrades for anyone looking to pick up a virtual reality headset, which both Microsoft and Sony are betting will be a big draw.

Sony has launched its own PlayStation VR, which comes with a variety of exclusive titles and retails at £259.99/$399.99 — pretty affordable by current VR standards. You don’t need the Pro to use PSVR — a regular PS4 will work just fine — but it will help make sure that VR games and experiences run as smoothly as possible. 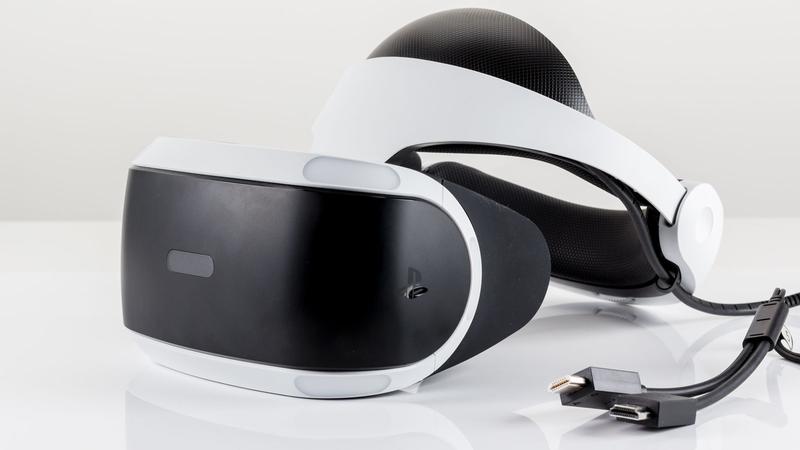 Microsoft isn’t making its own virtual reality headset, and while consumers initially assumed that the company would partner with Oculus to bring support to the console, it doesn’t look like that’s going to happen. So, if VR is your thing, the PS4 Pro is the best bet.

Last but not least, what about their game libraries? This is less of an important factor if you already own either console (or even both), but if you’re new to this generation then it might matter a lot more.

Obviously, to some extent it’s a matter of personal taste, and the main thing to look at is each console’s lineup of exclusives. The PS4 boasts the likes of Uncharted 4 and Bloodborne, and has major titles including Hideo Kojima’s Death Stranding on the way. Thanks to the PlayStation Now streaming service, you can also play a whole range of older Sony titles for a small fee. 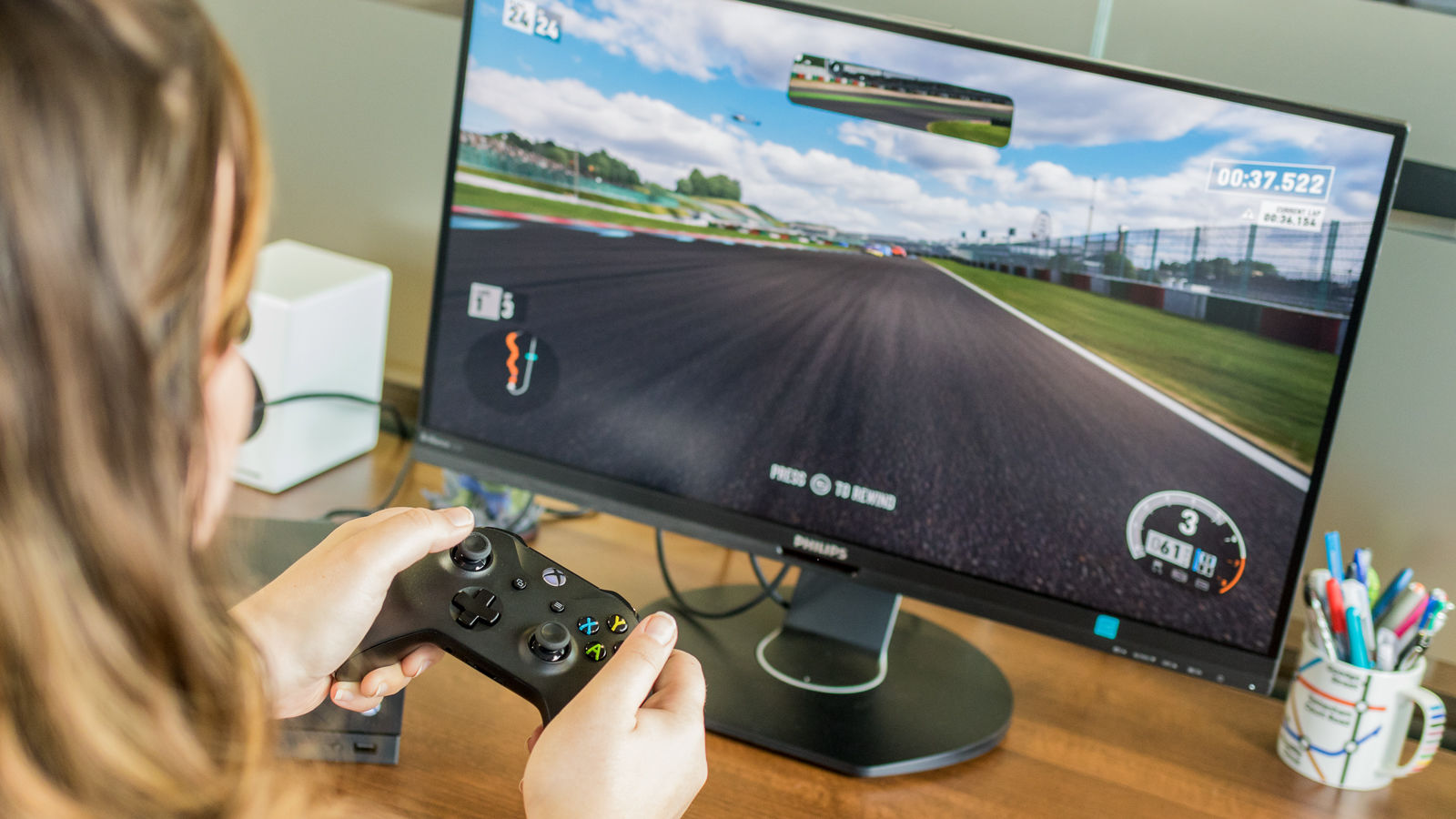 For the Xbox One, it’s a similar story: Halo, Gears of War, Crackdown, ReCore and Forza are just a few of the exclusives that you can play on the platform. The more you care about those, the better the argument for sticking with Microsoft.

The Xbox One also offers backwards compatibility, offering the chance to play old Xbox and Xbox 360 games (though not all are supported). Microsoft is also launching the Xbox Game Pass, a subscription service that lets you download (not stream) a variety of Xbox One and 360 games for a set monthly fee – and it’s cheaper than PS Now.

Both consoles have a great selection of multi-platform titles to choose from as well, and the One X’s superior specs mean you’ll likely get the best version of these games on Microsoft’s platform.

While Sony’s PS4 Pro is not to be sniffed at – it still provides a bump in performance compared to the PS4 – it simply can’t compete with what the Xbox One X provides. True 4K@60fps gameplay is stunning, and the inclusion of a 4K Blu-ray player means you can enjoy UHD movies too.

The PS4 Pro may be a better choice for those that are interested in VR though, as the console provides a high-end PlayStation VR experience (although the headset is sold separately). There’s also arguably better console exclusives on Sony’s console.