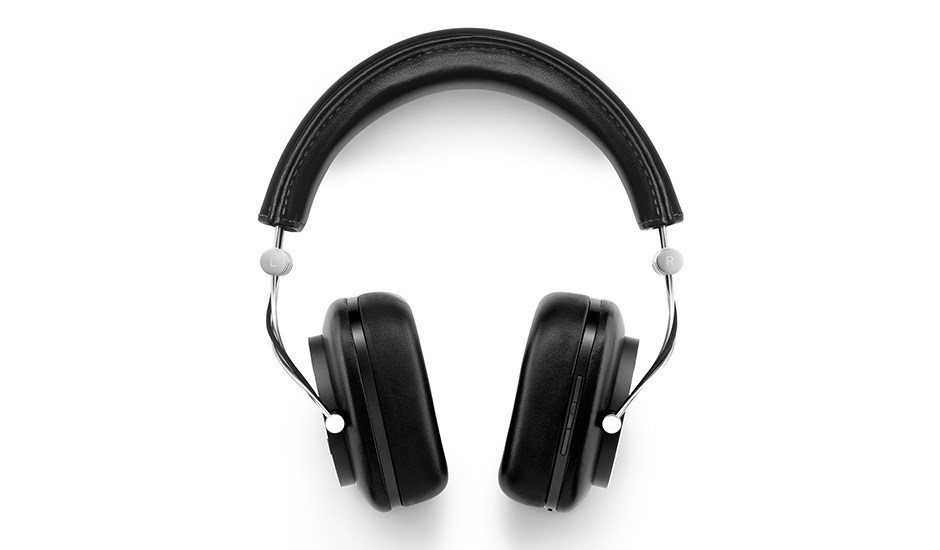 If you’re specifically after wireless headphones, the P7 Wireless are some of the best around. They’re not cheap, but they’re reliable, look great and – overall – sound great. They’ll suit those who like heavy bass, but don’t forget about the Bose QuietComfort 35, which may not sound quite as good, but has active noise cancelling and are £30 cheaper.

B&W makes top-quality headphones, and the P7 is widely regarded as a good over-ear choice if you have around £300 to spend. The P7 Wireless is essentially the same headphone but with Bluetooth and a built-in battery. See also: Best headphones to buy

They’re larger than the P5 Wireless, reviewed, being over-ear rather than on-ear, and are also a bit heavier.

Like the P5, you have the option of connecting the included cable so you can listen when the battery has run out, or if the audio source doesn’t have Bluetooth.

You can buy the P7 Wireless for £319.99 from B&W’s website as well as from John Lewis and various other retailers. This is a lot for a pair of headphones, but it’s roughly the same price as the P5 Wireless (at launch) – you can now pick up those headphones for  £229.99 from John Lewis

If you already know the P7, or any of B&W’s other headphones, you’ll find the same premium build quality on the P7 Wireless. There’s lots of (great-smelling) sheep leather, high-quality stitching and aluminium cups with embossed Bowers & Wilkins lettering. 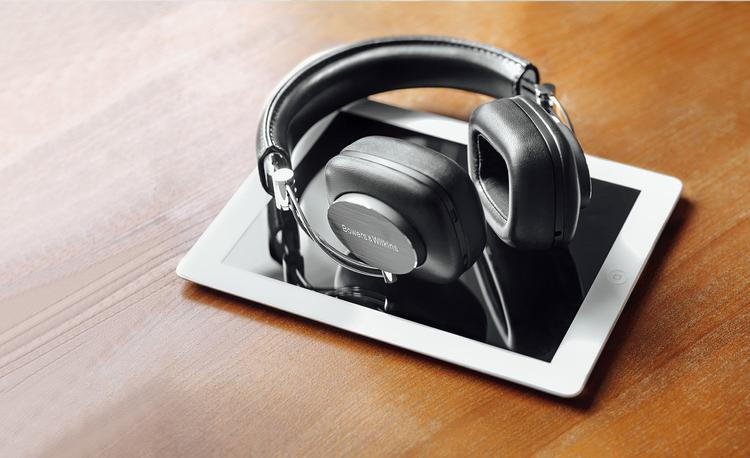 The headband is adjustable and has plenty of padding. Memory foam is used for the ear cups – said to be different from that in the original P7 – and we found them comfortable from the off.

Like the P5, the fit is quite tight, and long periods of listening can lead to discomfort, especially if you wear glasses as the arms are pushed into your head.

A good seal forms around the headphones which helps to isolate the outside world and improve sound quality, but unlike the Bose QuietComfort 35, there’s no active noise cancelling.

Pairing with a phone is easy: slide the power button, then hold it down for two seconds. The first paired device becomes the primary one, but the headphones can also remember seven secondary devices.

B&W quotes 17 hours of battery life and we’ve no reason to doubt that. They didn’t need charging during our testing, but when they do, it’s a simple case of attaching a microUSB cable. No mains charger is included, but it’s very likely you already have one. 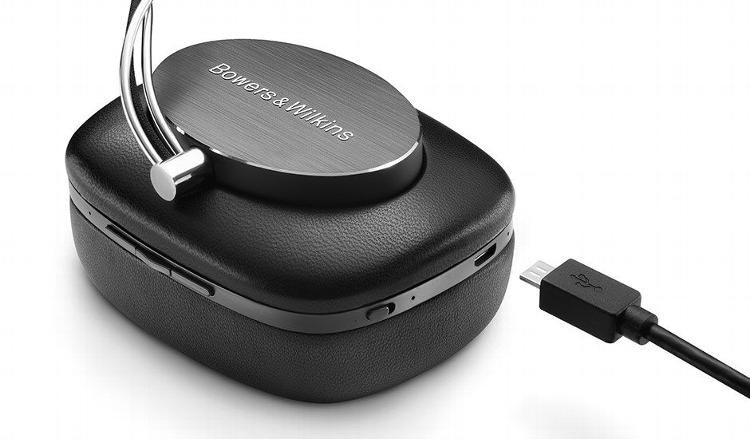 To attach the included 2.5mm to 3.5mm cable you prise the cover off the left earcup: strong magnets hold them in place. The recessed jack means you can’t accidentally disconnect the wire when it gets tugged.

On the back of the right earcup are three buttons, just like the P5 Wireless. The outer ones control volume, while the middle one is used to pause and skip tracks. They’re made of plastic and feel a little out of place on a headphone this expensive. Some people found their placement awkward, while others (including this reviewer) was perfectly happy with it.

There’s also a built-in microphone so you can make or receive a phone call, and you can even hold the middle button down to call Siri on an iPhone.

Hinges allow the P7 Wireless to fold up – a bit – and you get a soft carry case in the box. 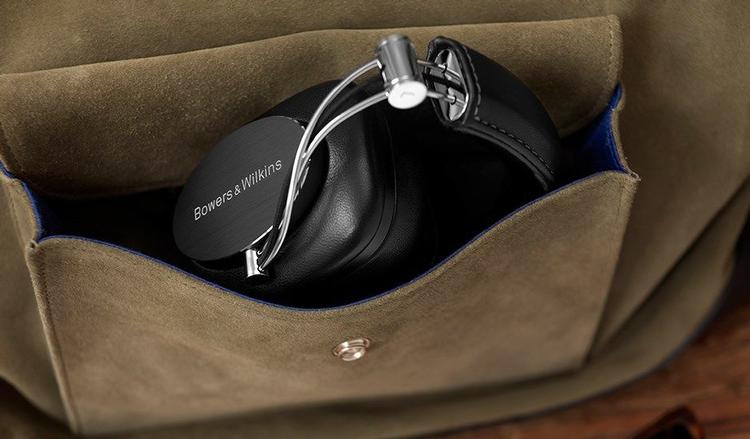 Thanks to the inclusion of aptX, sound quality is excellent considering it’s a wireless connection. You’ll notice the warm, chunky bass straight away: only the most discerning listeners will be able to tell the difference between these and the wired P7s.

As is B&W’s signature, bass is pronounced – almost overwhelming in some tracks, especially busy songs with lots of instruments and singers. Don’t buy these expecting reference-quality audio. If anything it’s worth seeing if you can try out of pair before you buy, just to make sure you’re happy with the warmth of the sound.

Vocals come over loud and clear, and there’s a wonderful clarity to instruments which you simply don’t hear on most cheap headphones, so if you’re upgrading from a basic pair of in-ear buds, you’ll be blown away.

Whether it’s the brushes of a jazz drummer, the finger picking of a guitar riff or a breathy vocal, the P7 Wireless delivers every last detail. But again, when tracks get loud and energetic things can get a little muddy.

If you have an iPhone, you won’t benefit from aptX as Apple doesn’t licence Qualcomm’s technology. And it’s worth pointing out that the P7 Wireless doesn’t have an Apple W1 chip which Apple uses in its AirPods (and new Beats wireless headphones). This uses its own wireless streaming standard (over Bluetooth) and adds extra functionality.

Despite this, we can’t imagine that many people will be disappointed with the quality of the P7 Wireless when used with an iPhone. We couldn’t really tell the difference between an aptX connection on a compatible Android phone to the iPhone 7 that we mainly used for testing.

We were impressed with the Bluetooth connection – more so than we were with the P5 Wireless. It’s rock solid and cuts out only when you walk more than about 20m from your phone. Of course, if you introduce walls or other obstacles, this range is reduced, but in general, you won’t have any issues.

Pairing and re-pairing was flawless, and we liked that we could easily resume listening to a track after turning on the headphones by pressing the middle button.