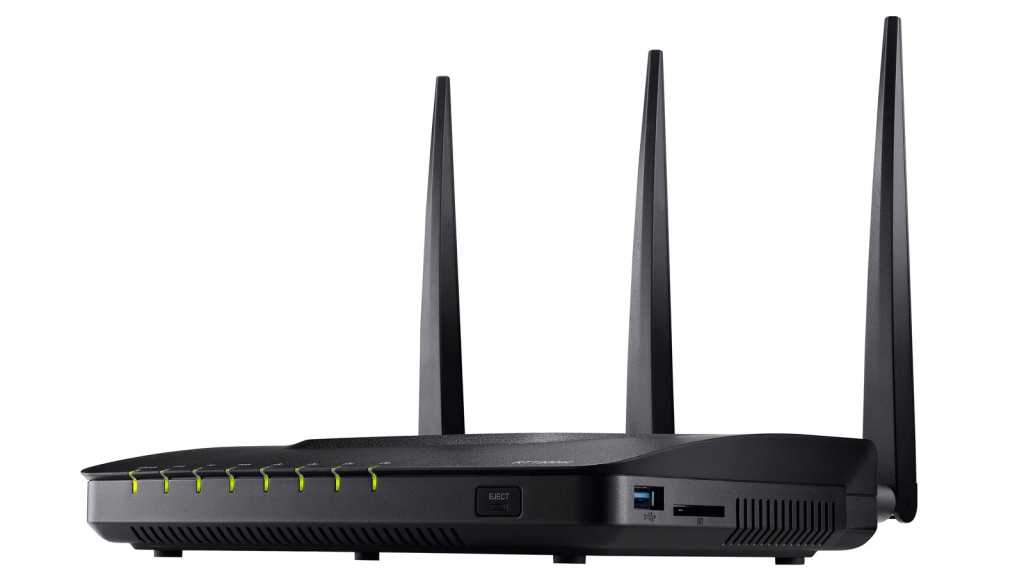 The Synology RT1900ac is a very good router marred slightly by occasionally inconsistent performance and occasional 5 GHz dropouts. That aside, performance is very good, which is impressive considering its compact size. It doesn’t feature cutting-edge tech such as MU-MIMO, but that’s still a work in progress and there are still very few phones and other Wi-Fi devices that can take advantage of it. Its reasonable price also works in its favour. But if you want to share files across the network, and even access them remotely, without forking out on a NAS, then the Synology RT1900ac will do the job.

For technology enthusiasts the name Synology is, aptly, synonymous with Network Attached Storage. The company has offered a string of well regarded NAS drives for many years. What it’s not known for, however, is routers, but with the RT1900ac it’s clearly looking to change that.

One of the strengths of Synology’s NAS drives has always been its software, so that’s one area that we hope is carried over into this new arena. As its name suggests, the Synology router offers a maximum theoretical throughput of 1900Mb/s – 1300Mb/s at 802.11ac 5GHz, and up to 600MHz at 802.11n 2GHz. Of course, real-world speeds are much lower than this, but for an AC1900 router the Synology is one of the less expensive in its class. But is it a performance bargain?

Taking the Synology out of the box, the first thing that we noticed is that it’s quite small, which is a pleasant change. So many routers these days are excessively large and will be conspicuous in many homes, but Synology’s RT1900ac is pleasingly compact. At the rear there are the standard four Ethernet connections and a single WAN socket for hooking up to your modem – this doesn’t have one built in so you’ll need to supply your own. The router supplied by your ISP will normally do. 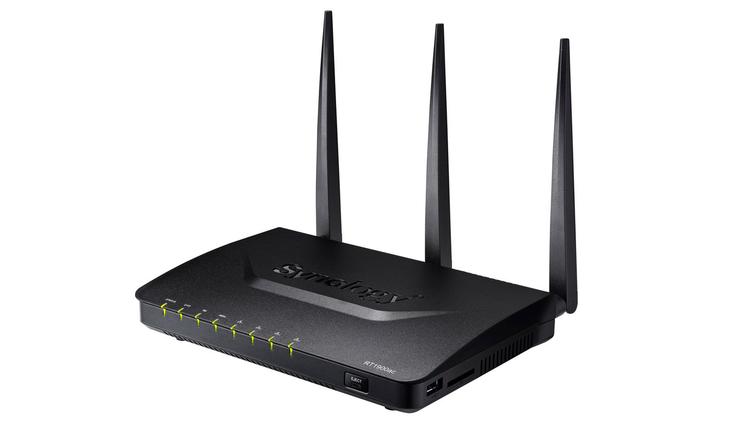 On the right of the Synology there’s a single USB 3.0 port and a SD card slot providing on-board storage for media playback over the network. On the other side there’s a button for enabling WPS – so you can connect to devices such as Wi-Fi enabled printers without having to mess around with passwords and there’s also a switch for turning Wi-Fi on or off, without having to delve into the interface.

There are three small antennas at the rear – a modest number these days, reflecting its specification as a 3×3 MIMO dual-band router. In standard mode it offers up to one single SSID to the user and automatically assigns a device to a band, but you can separate them out if you wish, which is what we did for testing. 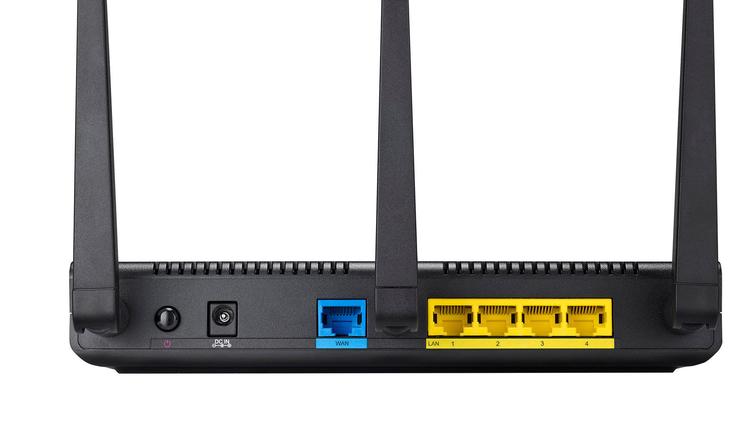 Set up on the Synology proved straightforward, and when you login you’re rewarded with an interface called the Synology Router Manager (SRM). This is essentially a mini-OS for your router contained within a browser. It’s clean, simple looking but powerful, with many features. It is also very easy to use. 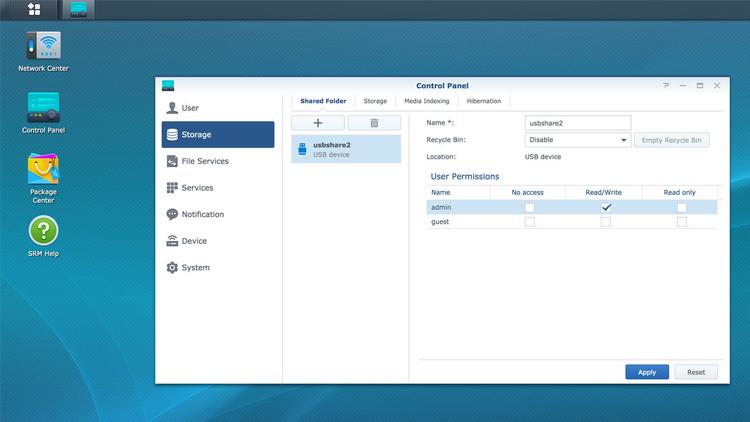 The status page on the router displays graphs that let you see your upload and download activity and from here you can perform the regular functions you’d expect such as port forwarding and setting up your SSIDs. These can be separated out into 2.4 GHz and 5 GHz, which we did for testing, or combined into one SSD with the router automatically assigning devices to the most suitable frequency depending on their capabilities.

There are parental controls built in that let you set a safe search level providing filtering of web content. You can also set network access times on a per device basis, so you can apply these filters to your children’s devices without it affecting yours. You can also easily ban devices from the network. 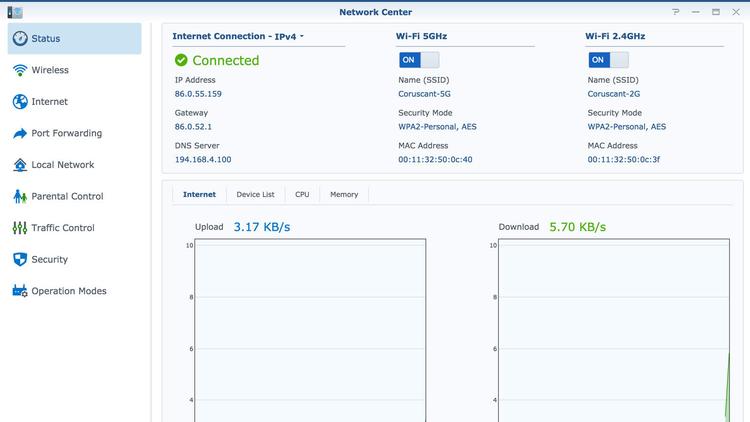 From the same interface you can enable ‘Beamforming’, an 802.11ac feature that will direct Wi-Fi signals directly from the router to where a device is located, enhancing signal strength and performance, but only to compatible devices over 5GHz.

We also appreciated small touches such as being able to turn off the LEDs should you not wish to be distracted by the many (too many)  lights on the front.

The real power of the SRM is that it enables you to download apps or ‘packages’ – essentially small programs that run directly on the router. These include a Download Station, so you can download P2P files directly to the device and a DLNA compatible Media Server package, so you can store content on USB or SD card and play it over the network without even having to attach an external hard disk or NAS drive. A USB drive connected to the router will appear as a ‘Synologyrouter’ network share in Windows and you can even set privileges for access to files and folders over the network. It all works very well. 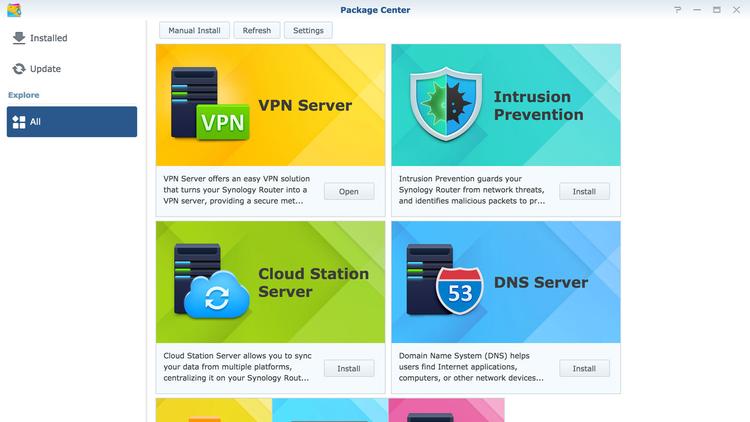 Other packages available enable you to turn your router into a DNS server, a VPN server or use it to access files remotely using Cloud station.

We were impressed by the Synology’s SRM software and it all ran smoothly thanks to the ARM cortex A9 processor that powers the router.  We would expect functionality to be further enhanced over time, and during our testing there were two firmware updates made available.

Initially we were disappointed by the performance results from the Synology, but fortunately after a firmware update things seemed to sort themselves out and we achieved much better results.

We tested with the network tool Jperf to drive as much traffic as we could through the network using 10 streams at once with a 512Kb buffer. Our first test was from a laptop acting as the server to a desktop PC equipped with a 4×4 MIMO radio in the form of the Asus PCE-AC88.

With the PC switched to the be server and moving around with a laptop as the client we tested both with the integrated 2×2 Wi-Fi and a D-Link DWA-192 3×3 MIMO USB adaptor, in order to maximise performance. With the latter at 5 GHz achieved 534 MB/s, compared to  317 Mb/s from the integrated chip . This is less however than we’ve seen from other routers to the 2×2 integrated chip.

Surprisingly, when we moved upstairs we saw an improved performance – 259 Mb/s at 2.4GHZ and 408 MHz at 5 GHz. However, when we tested with the D-Link the performance dropped to unexpectedly poor levels.

This was indicative of slightly inconsistent performance we saw from the Synology over our testing time. Most of the time it was very fast, but on occasion it would slow up unexpectedly – and we did find that the 5 GHz network would drop out occasionally so we’d have to manually switch to 2.4 GHz to get back online.

These were untypical however, and most of the time the Synology proved a speedy network tool. Running LAN Speed Test we saw a decent 161 Mb/s to a USB 3.0 drive connected to the router.