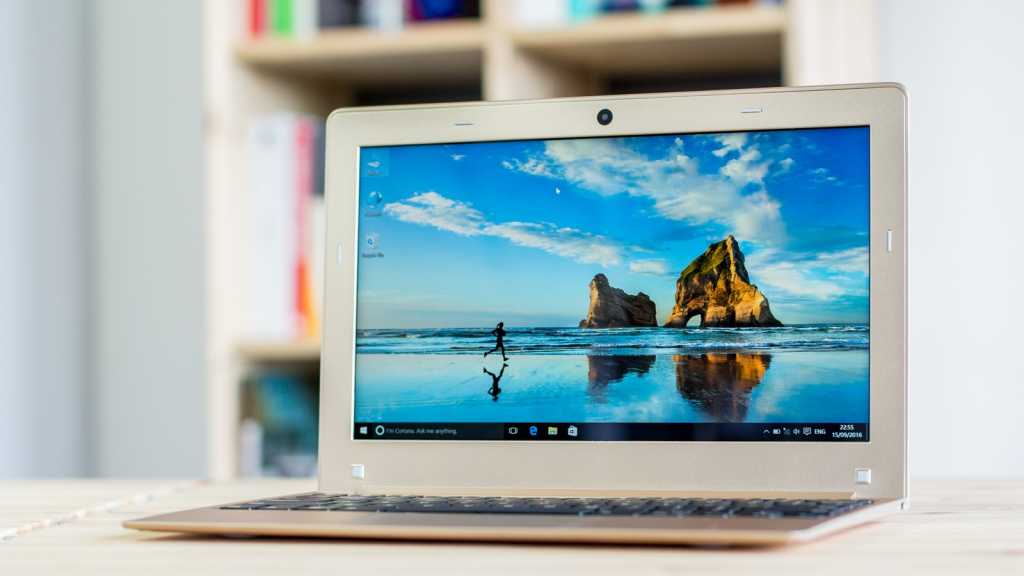 For £230 the Jumper EZBook Air is something of a bargain if you’re looking for a cheap Windows 10 laptop. While it isn’t powerful enough for playing intensive games or much in the way of multitasking, it is easily portable and has good battery life. For casual use it’s a good buy, provided you can live with the poor connectivity.

Jumper is a new name to PC Advisor, but the EZBook Air follows the EZBook 1 and EZBook 2 as the company’s third super-budget Windows 10 laptop. We find out what it’s capable of in our Jumper EZBook Air review. Also see: Best budget laptops

Jumper is a Chinese brand that is sold in the UK via grey-market importers such as Geekbuying. It charges £230.44 with free shipping to the UK for the EZBook Air, although you may also have to pay import duty when it arrives in the UK. For more on this see our grey-market tech buying advice.

As soon as you take the EZBook Air out the box you’ll get that feeling that you’ve seen this laptop somewhere before. It’s not a complete Apple MacBook clone, but it’s pitched somewhere between the 11in MacBook Air and 12in MacBook. Some of the more obvious hints toward the latter include a single USB-C port and the Champagne Gold colour scheme.

But this laptop is a very different beast to those in Apple’s stable, just a fraction of the price and running Windows 10 Home 64-bit rather than macOS Sierra. As a budget imitator there are some clear differences in its build, from the thicker screen bezels to the plastic parts used for heat dissipation found at the rear. (And as we’ll come to later, it’s nowhere near as fast.)

So build quality isn’t quite up to Apple’s standards, but the EZBook Air is a very long way from awful for a Windows 10 laptop at this price. This laptop is incredibly thin and light, weighing in at under a kilo and measuring just 4mm at its thinnest place. And while the aforementioned chunky bezels and grey rubber bumpers around the screen and on the laptop’s underside spoil the effect somewhat, its primarily aluminium shell, fanless design and full-HD screen take it up a notch from some of the cheap and nasty-looking Windows 10 laptops we’ve seen.

We’re not massively keen on the sickly gold colouring, but neither were we fans of Apple’s gold MacBook and recognise that others may appreciate it. And we have to say it does look good set against the black Scrabble-tile keyboard nestled under the screen. See all budget laptop reviews

With only an 11.6in screen fitted to the EZBook Air the keyboard was never going to be the roomiest of designs, but Jumper has done a good job with the space available to it. While there’s no room for a separate numberpad the keys are all adequately sized (roughly 15mm in diameter) and spaced. These floating keys are comfortable to type with and reasonably quiet, while the one-piece touchpad below is large and easy to use without accidentally knocking it with a stray wrist. Our only real complaints concern the fact this is a US-layout keyboard, and that the touchpad doesn’t support gestures.

The display is about as small as you’ll find on a Windows 10 laptop, but this is no bad thing for portability, which is probably the EZBook Air’s strongest suit. It’s also a fairly decent screen, full-HD (1920×1080 pixels) in resolution and with good colour reproduction and contrast.

A 0.3Mp basic webcam sits above the display, which will suffice for video calls. There’s little else of note around the EZBook Air’s Spartan chassis, but that in itself is interesting. When Apple removed all the ports save for a USB-C input/output from its 12in MacBook Air we couldn’t understand the logic: Apple’s all about the design, but at the expense of usability? Why make it difficult for people to attach a USB hard drive or mouse, or an HDMI display?

Jumper has done exactly the same with its EZBook Air, and all you’ll find here is a 3.5mm headphone jack (thankfully not a Lightning connector) and a single USB-C port. However, in the box it supplies a handy USB-C to full-size USB adaptor, which will allow you to hook up your hard drive, disc drive or mouse (one at a time, mind). We should point out that it’s possible to buy reasonably cheap adaptors that let you add extra USB and HDMI ports, such as this ChoeTech USB-C Adaptor (£31.99 Amazon UK), although still frustrating that you need to.

With no ethernet port the Jumper has to connect to the web over Wi-Fi, but it’s well covered here with support for dual-band 802.11a/b/g/n/ac. There’s also support for Bluetooth 4.0.

Although they aren’t visible from the outside, we’ve been told there are stereo speakers inside. The volume is pretty decent, although some distortion is present at the top end.

In common with some of the cheap Windows 10 tablet-laptop hybrids from Chuwi we’ve reviewed of late, processing power is handled by the Intel Atom X5 (Cherry Trail) Z8300 quad-core processor, which is paired with 4GB of DDR3L RAM and integrates Intel HD graphics. It’s not the most powerful combination, but for a cheap Windows 10 laptop that is required only for browsing the web, tapping out emails and writing the odd Microsoft Word doc, it’s up to the job. It also means there’s nothing inside pushing this fanless laptop to break into a sweat.

In our benchmarks the Jumper EZBook Air performed in line with the Chuwi Hi12 and Chuwi HiBook, recording 1052 points in PCMark 8 Home against their 1010- and 1058 points respectively.

It fared better in the GFXBench graphics test, recording 26fps in T-Rex and 13fps in Manhattan where the HiBook was capable of 23- and 11fps respectively.

We ran the two Chuwi hybrids through Geekbench 3, but this has since been updated to version 4.0 and the results are not comparable. In Geekbench 4 the EZBook Air recorded 729 points single-core and 2050 points multi-core, with the latter roughly half the 4000-point baseline set by the more powerful Intel Core i7-6600U. This score would be closer in comparison to the dual-core Intel Core i3-4030U, which recorded 2060 points in Geekbench 4.

The EZBook Air has 128GB of flash storage, of which just over 100GB is available. There is no microSD slot for expansion, and if you want to plug in a portable drive you will need to either buy a USB-C-connected drive or use the supplied adaptor.

Something the Jumper does very well at is runtime, and with some not especially powerful hardware inside its 8000mAh lithium-polymer battery can last a full working day away from the mains. With the USB-C input able to accept 3A of power it’s reasonably fast to charge, but it’s a shame you can’t attach any other peripherals while the laptop is charging.