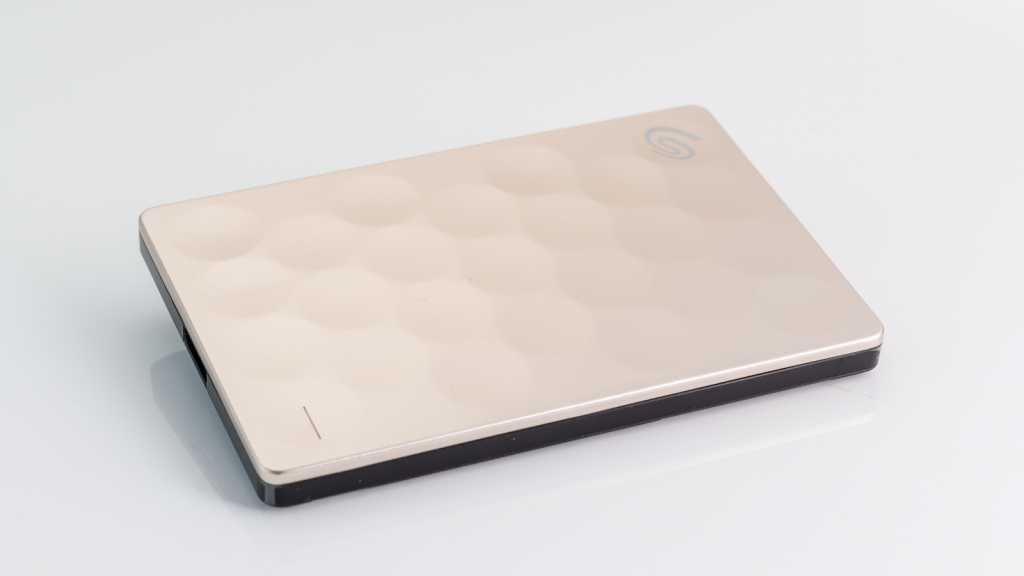 The Seagate Backup Plus Ultra Slim is not a top performer, but with its 2TB storage and super slim design, the Seagate portable drive is fantastic for backing up documents.

Portable hard drives offer large capacity storage at a low cost, but are often bulky and not ideal to carry around. The Seagate Backup Plus Ultra Slim is true to its name, as with a thickness of only 9.6mm, this drive is as thick as most smartphones. Also see: Best portable hard drives.

The drive is certainly affordable with a very attractive 4p per GB, the Seagate Backup Plus Ultra Slim offers ample of storage at an affordable price. The new Ultra Slim drive can be found in both 1TB and 2TB sizes. There are also two colour options: Platinum and Gold – both of which are easy on the eye.

Its main competitor is the Toshiba Canvio Connect II 3TB that offers 1TB more space at a fractionally lower price per GB (3p).

With a full plastic enclosure, the Seagate drive is lightweight, but yet well-built to survive knocks. The top of the enclosure has a nice pattern to it, making it stand out from the rest of the rather plain-looking drives out in the market.

In Windows you’ll get a total of 1863GB (1.8TB) of storage. The drive comes with a two-year warranty and doesn’t feature any hardware encryption. Also see: Best NAS drives. 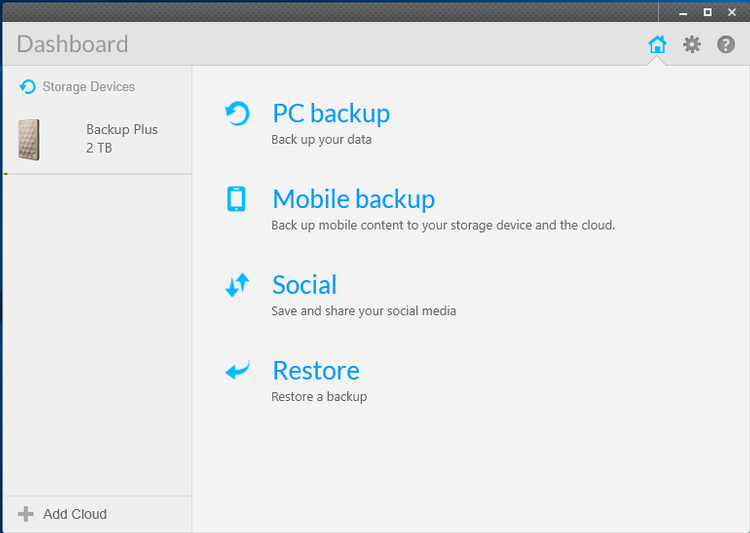 Seagate Dashboard is the accompanying software included with the portable drive. Through the software you will be able to setup a regular PC backup, but will also be able to directly backup your mobile and share your content directly on social media. There is also the option to add cloud storage with the drive, where you will get a free 200GB, 2-years free storage with Microsoft’s OneDrive. You can also use Dropbox and Google Drive to backup your files.

The drive uses a regular spinning HDD, where in comparison to other drives in the market that use a NAND flash SSD, the Seagate is more old-fashioned. This does mean you’ll have to be careful dropping it if it’s being used – as it can create read/write errors down the line. On the plus side it’s connected through a USB 3.0 interface.

Its sequential read performance is distinctly average at 134.6MB/s, but it’s the write performance that really lets down the drive; at only 34.8MB/s it’s one of the slowest drives we’ve tested for write speeds – making it excruciatingly slow for copying large files across to the drive.

Smaller files don’t get any better with a read/write of 0.6/0.2MB/s for 4KB files. In comparison to other portable hard drives in the market, the Seagate is still below-par, but does perform in a similar fashion to other HDDs. In other words its slow read/write 4KB speeds are to be expected.