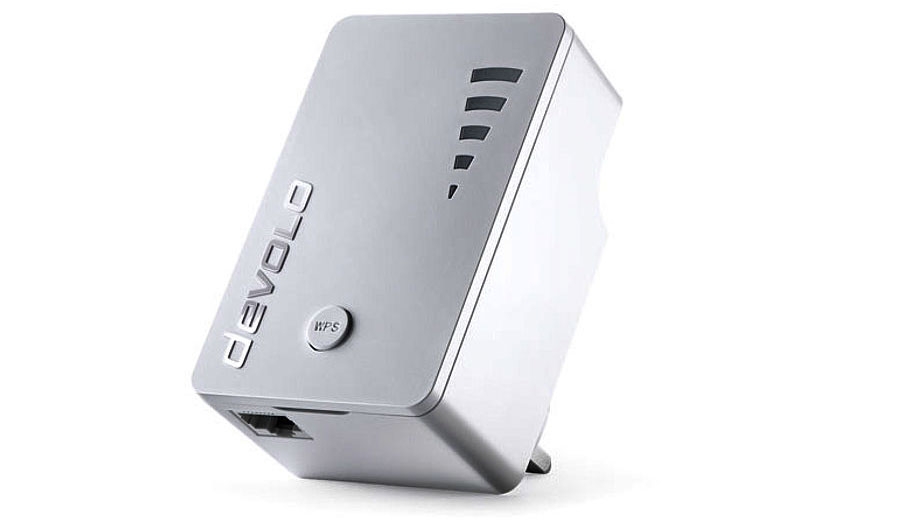 By their nature, Wi-Fi repeaters are hobbled on performance. However, they can give you a usable Wi-Fi signal where you previously had none. Should you buy the Devolo WiFi ac Repeater though? It’s hard to justify the £49.99 price when other repeaters will do a similar job for around half this price. So in short, unless you can find it a lot cheaper, go with something like the TP-Link TL-WA860RE which can be found for less than £20.

Routers are getting better and better when it comes to Wi-Fi coverage and speed, but it’s unlikely you’re going to want to shell out hundreds of pounds on a super router like the  Linksys EA9500 if you can buy a Wi-Fi repeater for £50 or less. And that’s the aim of the Devolo WiFi ac Repeater.

A basic Wi-Fi repeater can cost less than £20.

Devolo WiFi ac Repeater review: How does it work?

Here’s the thing about Wi-Fi repeaters, or at least those currently on sale: only one Wi-Fi device can “talk” at one time. It might seem that your router is able to stream YouTube or Netflix to several devices in your home at the same time, but in reality, it’s sending data to each device in turn, and until both router and devices support MU-MIMO, that’s the way it will remain.

Wi-Fi repeaters are also limited in this respect. Because they have to receive the signal from your router, then retransmit it on the same frequency, they start with – at best – a 50 percent loss of speed. 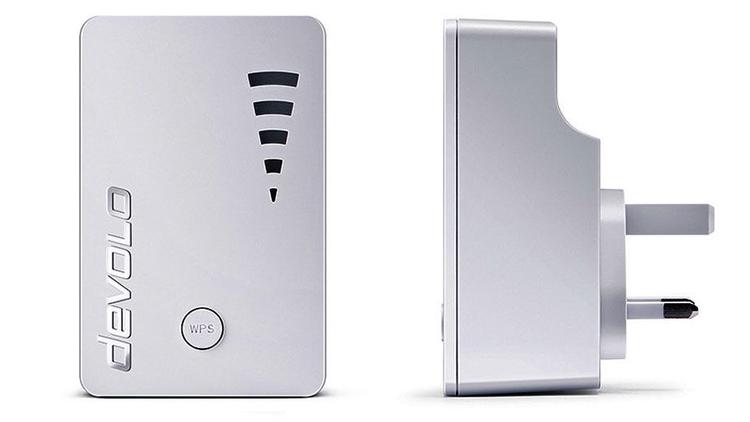 Like most of its rivals, the Devolo is very easy to set up. In theory, at least. You plug it in somewhere close to your router, and press the WPS button on both devices. On the Devolo, this means holding the button for 3-9 seconds. They automatically pair and you can then turn off the repeater and plug it in further away – ideally half way between the router and the room in which you need a better Wi-Fi signal.

The problem comes if your router doesn’t support WPS, or you can’t get the WPS setup to work, as we couldn’t. Pressing the WPS button for 1-2 seconds allows it to connect to a phone or tablet, although that didn’t work for us either, and we found it impossible to get to the setup page even after connecting to the repeater’s own Wi-Fi network on an iPhone running iOS 10.

In the end, we resorted to connecting to the repeater using a laptop and could at last browse to http://devolo.wifi (don’t forget the http://) to get to the configuration screen. Here you can choose between repeater and access point mode, although the latter creates its own new network and it’s hard to see why you would want this, having bought a Wi-Fi repeater to increase Wi-Fi coverage.

If your router is dual band and has both 2.4GHz and 5GHz networks, you can choose to repeat one or both of them. You can also opt to repeat with the same network name, or choose a different one. We went for the latter so we knew we were connected to the repeater and not the router for testing purposes.

You’ll need the manual to understand the flashing lights, but once set up, the five LEDs show signal strength. Confusingly, you’re aiming to have only three lit up as this is the “optimal” position for the repeater.

We set the repeater to re-broadcast the signal from a BT Smart Hub, positioning it around 10m away from the router in a different room at the back of the house. We then carried out testing a further 20m down the garden to see how the repeater fared.

The Smart Hub is a particularly good router, so it wasn’t too surprising that it outperformed the Devolo repeater, even though it was 10m closer.