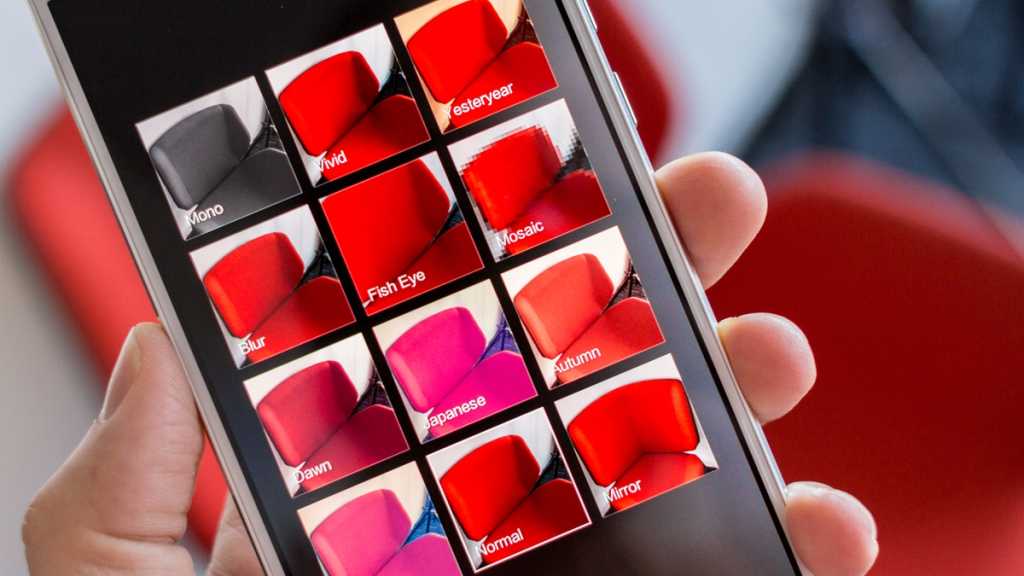 The Xiaomi Redmi Pro offers unbeatable value for money at around £250, undercutting every flagship yet offering much the same performance and many comparable features. Due to the lack of Google Play and a number of Chinese preinstalled apps we’d recommend Xiaomi phones only to seasoned Android users, however.

Xiaomi’s Redmi Pro is a beast, the first phone we’ve seen to feature 10 processor cores, plus 3GB of RAM and a colossal 64GB of storage. Add to that a fancy Dual Camera, a 5.5in OLED display, a large-capacity battery and USB-C, and the Redmi Pro offers staggering value at £256. Also see: Best phones.

Xiaomi doesn’t officially sell its phones in the UK, which means if you want one you will need to buy it through a third-party importer. Several such sites offer this service, but our go-to for Xiaomi phones is GearBest. It lists the 64GB Xiaomi Redmi Pro reviewed here for £256.04 (though note that prices can fluctuate daily). This includes free shipping to the UK, unless you opt for an express service, but you will have to pay import duty if requested by Customs upon its entry to the UK. You can learn more about the pros and cons of buying Chinese tech in our article on grey-market tech.

The Xiaomi Redmi Pro is currently available to pre-order, and GearBest says it will ship after 13 October. Also see: Best cheap phones 2016. 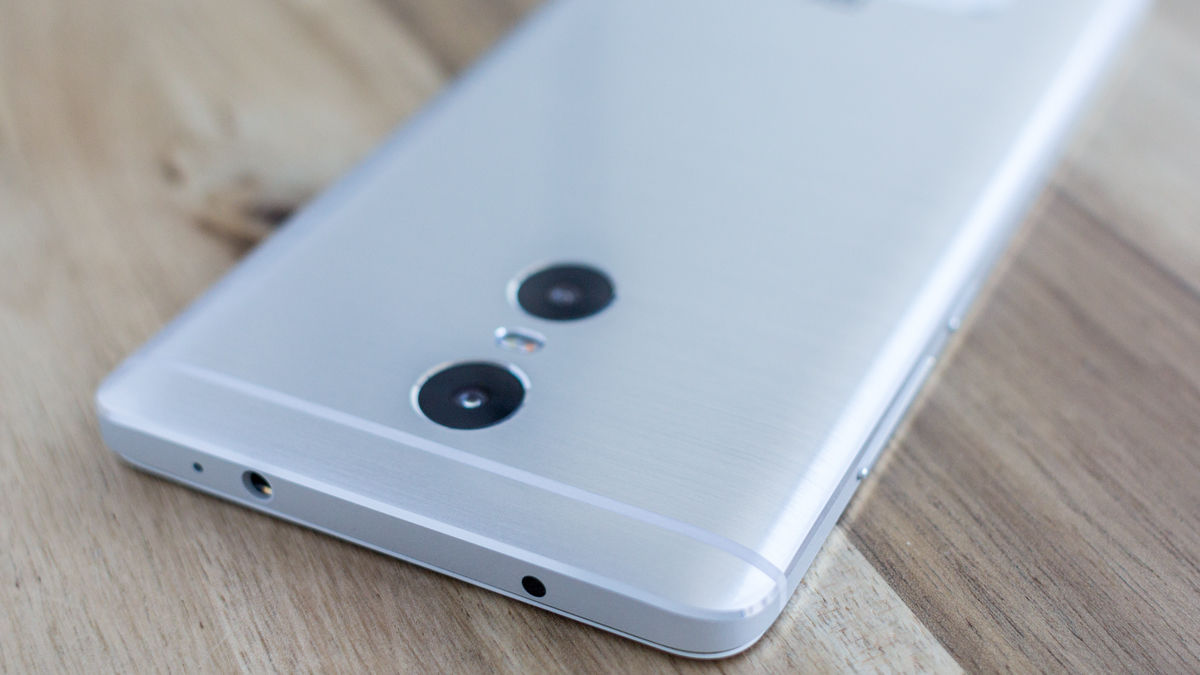 The Xiaomi Redmi Pro is a very well-designed phone that mixes a brushed metal rear and high-quality chamfered edges with a white plastic screen surround and a 2.5D Arc screen. It’s a high-gloss, premium design that feels reassuringly solid, with utmost attention to detail.

There’s a bit of space above and below the screen, and the latter is where you’ll find the fingerprint sensor built into a ceramic home button, but to the left and right slim bezels help make this large-screen phone feel less cumbersome when used in one hand. It is a large phone nevertheless, at 151.5×76.2×8.2mm and 174g.

With a large 5.5in screen this is what we refer to as a ‘ phablet’ rather than a standard smartphone, and as such it may not be suited to the tiniest of hands. However, one of the things we like about the MIUI interface is the ability to downsize the visible display area (to 4.5-, 4- or 3.5in) and put everything within easy reach. There’s also a Quick Ball setting that allows you to place anywhere you like onscreen options to return to the home screen, open the multi-tasking window, lock the screen or take a screenshot. Also see: Best Android phones 2016.

The screen is by no means an annoyance, though. A display of this size is perfectly suited to multimedia, and its full-HD resolution ensures everything onscreen is crystal clear. Xiaomi has fitted an OLED panel, which doesn’t require a power-draining backlight and therefore tends to be uniformly bright and able to offer excellent contrast. OLED also produces near-infallible viewing angles and vivid colour reproduction that is more than worthy of the colourful new MIUI 8.0 interface. 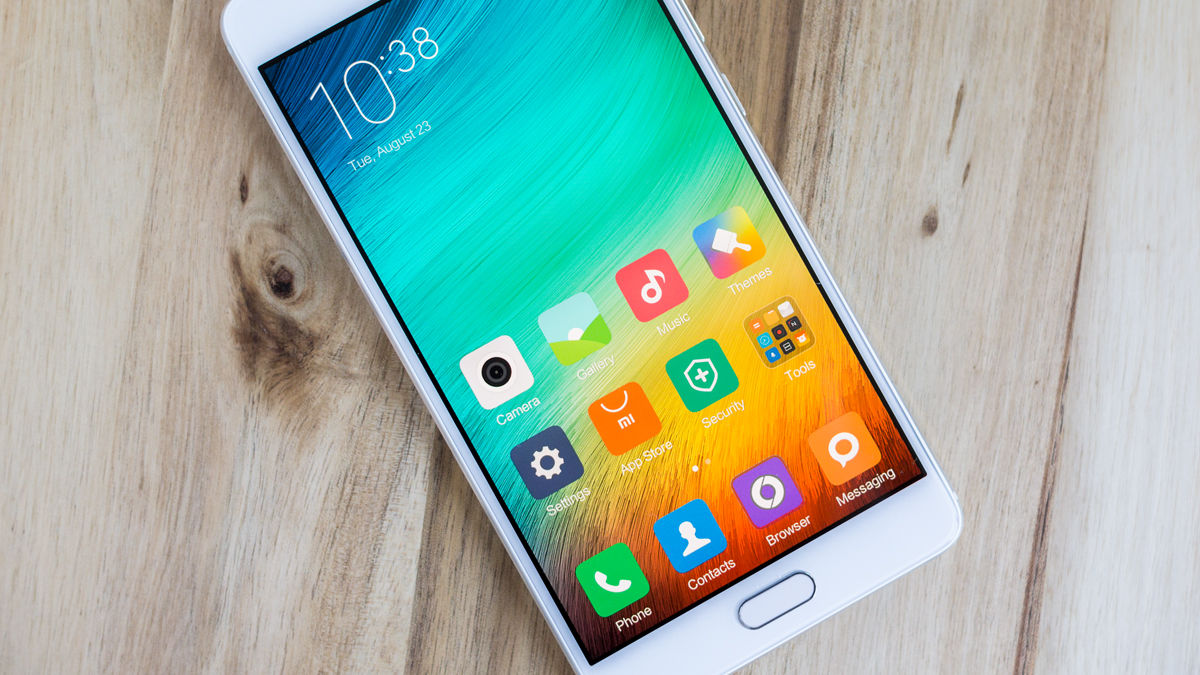 The Redmi Pro is the first phone we’ve reviewed to harbour a deca-core processor. The 1.55GHz Helio X25 integrates two Cortex-A72 cores and eight Cortex-A53 cores, as well as the Mali T880 GPU. This is paired with 3GB of RAM, which is generous but just half that of some phones such as the OnePlus 3.

In real-world use running MIUI 8.0 the Redmi Pro is fast, with no lag when launching apps or switching between home screens. It also gave a very good showing in our benchmarks.

We use AnTuTu and Geekbench to measure general processing performance and here the Redmi Pro fared well. Its 79,487 points scored in AnTuTu is very good, and a little ahead of the Xiaomi Mi Max’s 74,156.

Geekbench has recently been updated to version 4, which makes it difficult to compare performance with the vast majority of phones we’ve benchmarked using Geekbench 3. Geekbench 4 scores are calculated using a baseline score of 4000, which has been set using an Intel Core i7-6600U. Higher-than-4000-point scores are better, and double the score indicates double the performance. 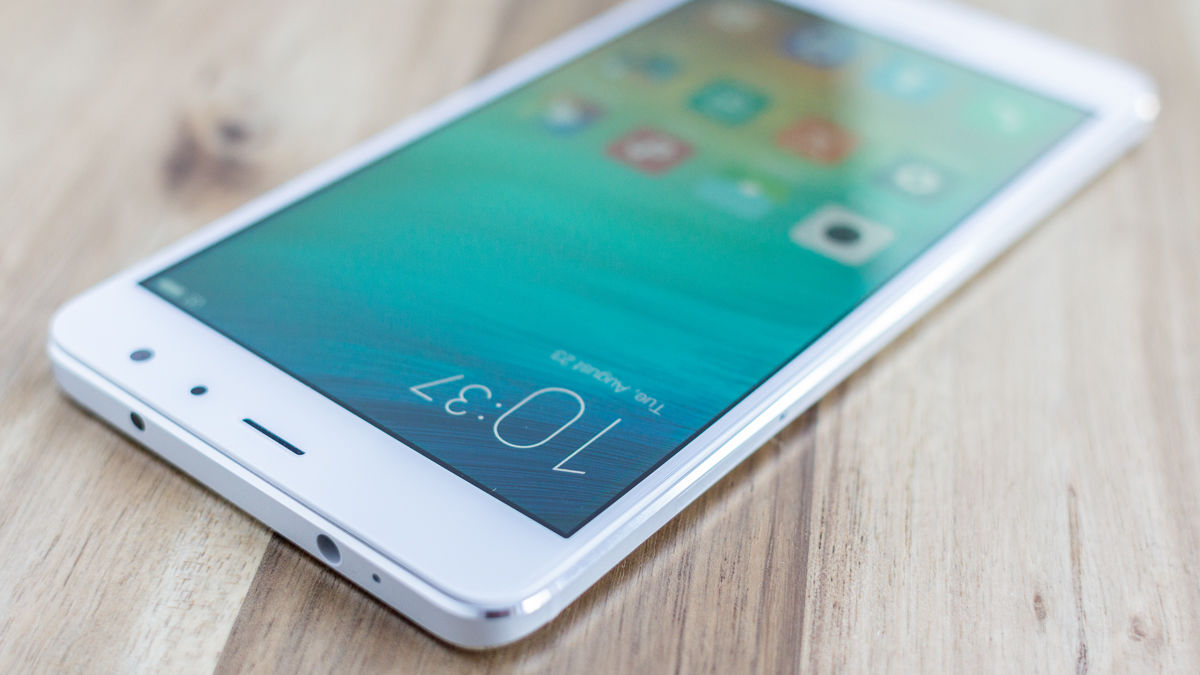 Our next test is GFXBench 3.0, which measures onscreen graphics performance. The Xiaomi Redmi Pro turned in a respectable and easily playable 25fps in T-Rex and 15fps in Manhattan. That’s not up there with the flagships, but it wipes the floor with many a mid-range Android.

JetStream is used to measure JavaScript web browsing performance, and here the Redmi Pro recorded 24.719. That’s not bad, but also not brilliant, and just a touch above the likes of the Xiaomi Redmi 3S. Also see: What’s the fastest phone 2016?

Usually we would also measure battery life using the Geekbench 3 battery benchmark, but the test has been removed from Geekbench 4 so it’s temporarily back to the drawing board for that one.

However, the Xiaomi Redmi Pro has a large 4,050mAh non-removable battery that in our experience should be good for a couple of days, but your mileage may vary depending on your usage. 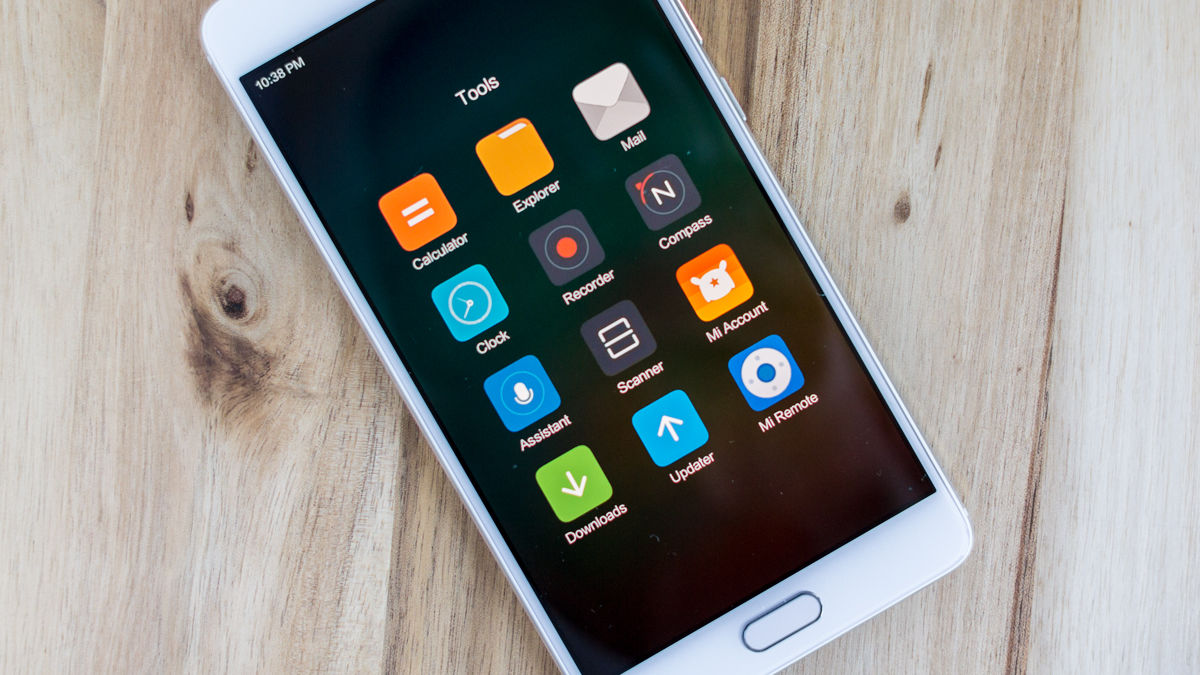 As with any foreign phone you buy for UK use you should ensure the Xiaomi Redmi Pro will be supported by your network. In common with all Xiaomi phones the Redmi Pro supports two of the three 4G bands used in the UK: 3 (1800MHz) and 7 (2600MHz), but not 20 (800MHz).

In essence what this means for UK users is that any customers of networks that rely solely on 800MHz for 4G connectivity won’t be able to receive anything faster than 3G. O2 is the primary network to rely on 800MHz 4G, but others such as giffgaff that use its network will also be affected. For more advice read our separate article on how to tell whether a phone is supported by your network.

The Xiaomi Redmi Pro is a dual-SIM phone that operates in dual-standby fashion. It utilises a hybrid SIM tray, which allows you to either add two SIMs (perhaps you want one for work and one for leisure) or one SIM and a microSD card up to 128GB in capacity. Our review sample came with a generous 64GB of storage, but if you take a lot of photos and video (and you may well wish to do so given the Redmi Pro’s Dual Camera) then you may appreciate the extra storage space. It’s frustrating that the phone can’t be both dual-SIM and storage-expandable, but you can always swap in a second SIM or microSD card as required. Also see: Best dual-SIM phones 2016.

In other respects the Xiaomi Redmi Pro covers most connectivity bases, but a notable omission is NFC which is required for Android Pay.  There’s the latest dual-band 802.11ac Wi-Fi and Bluetooth 4.2, as well as GPS and GLONASS. And there’s even an IR blaster, which these days is becoming something of a luxury.

A fingerprint scanner is built into the ceramic Home button, and there’s a reversible USB-C port at the base of the phone, located in between what looks like twin speakers but is actually a mono speaker hidden behind a dual grille. Sound quality is reasonable nevertheless, and a vast improvement over phones that place the speaker at the rear where it may be muffled by the palm of your hand or fire sound directly into a surface. 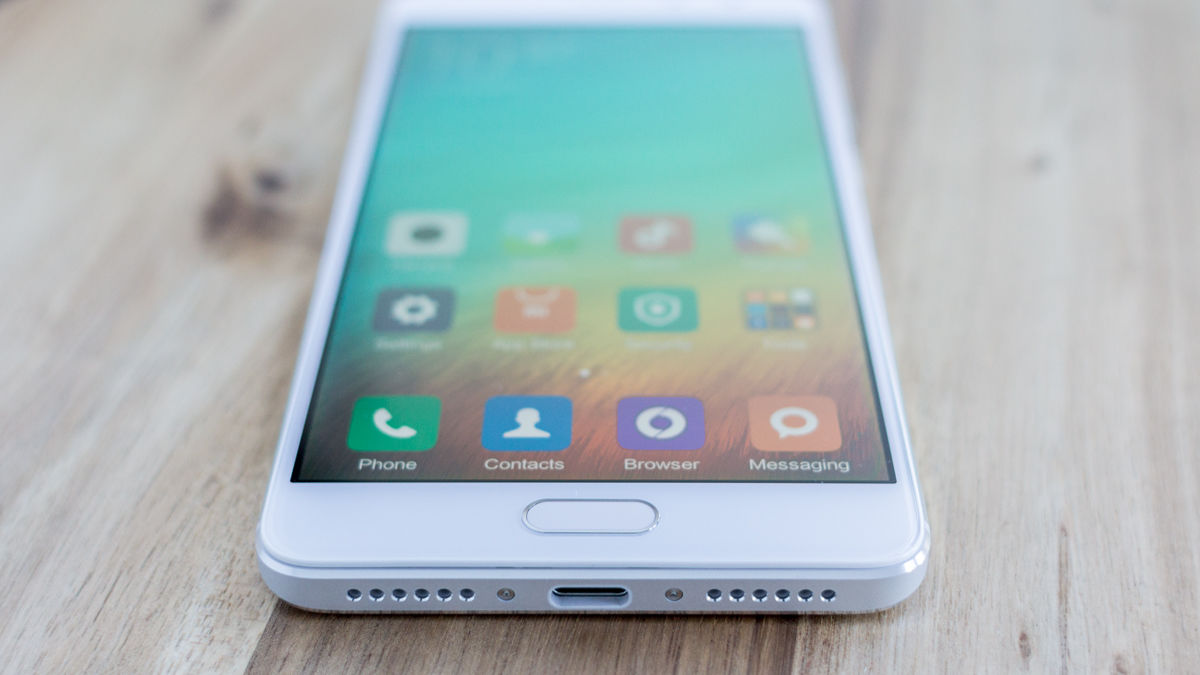 The Redmi Pro features something we’re increasingly seeing in flagships: a Dual Camera. This combines a 13Mp Sony IMX 258 sensor with a 5Mp Samsung sensor that is used purely to capture depth information. This allows you to create a bokeh effect, altering the focus in specific parts of the image. A dual-tone flash sits in between the two cameras, while at the front there’s a separate 5Mp camera for selfies (actually 3.7Mp but software-boosted). Also see: Best camera phone 2016. 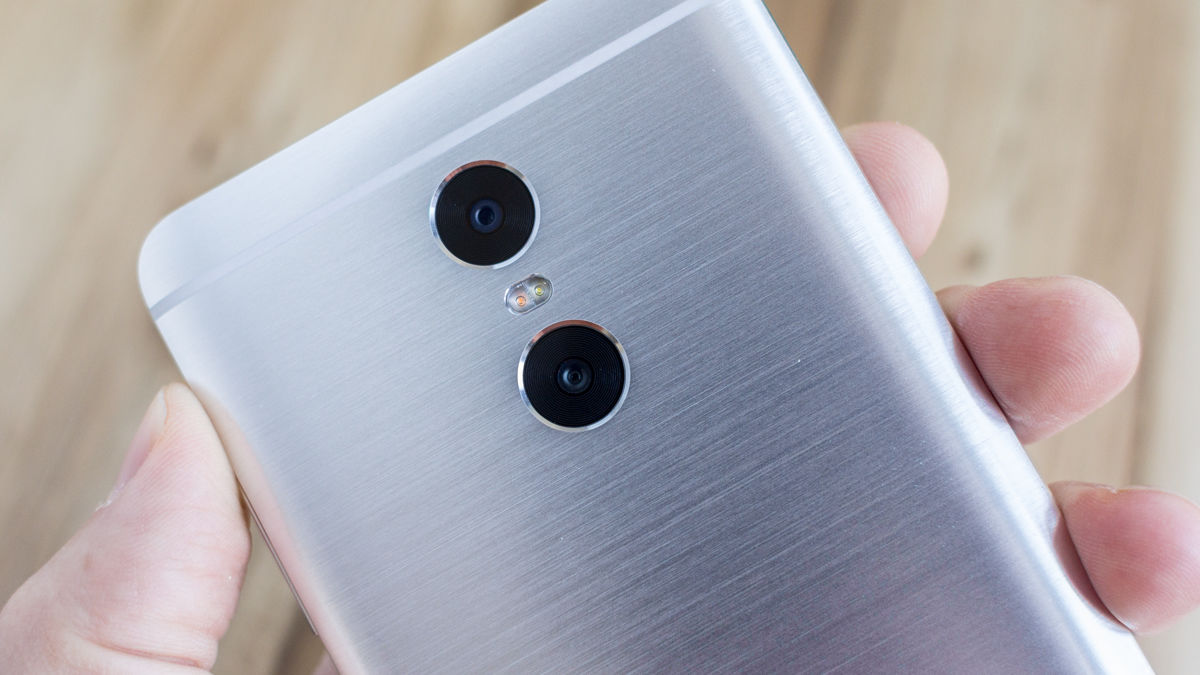 The camera app is very good, and allows you to apply real-time filters or select from various modes including HDR, Panorama, Manual, Beautify and Scene among others. In auto mode you simply tap to focus, then press the shutter to capture the shot. You then get options to share, edit or delete, with various editing options allowing you to apply a different filter, crop and rotate, tweak the image sharpening, brightness, contrast, saturation and vignette, add a sticker or doodle on the photo.

The selfie camera features similar options, and will display onscreen how old it thinks you look in each pose. It’s interesting to see how much this age can jump up and down as you switch between the various filters. (Interesting, but not always welcome.) 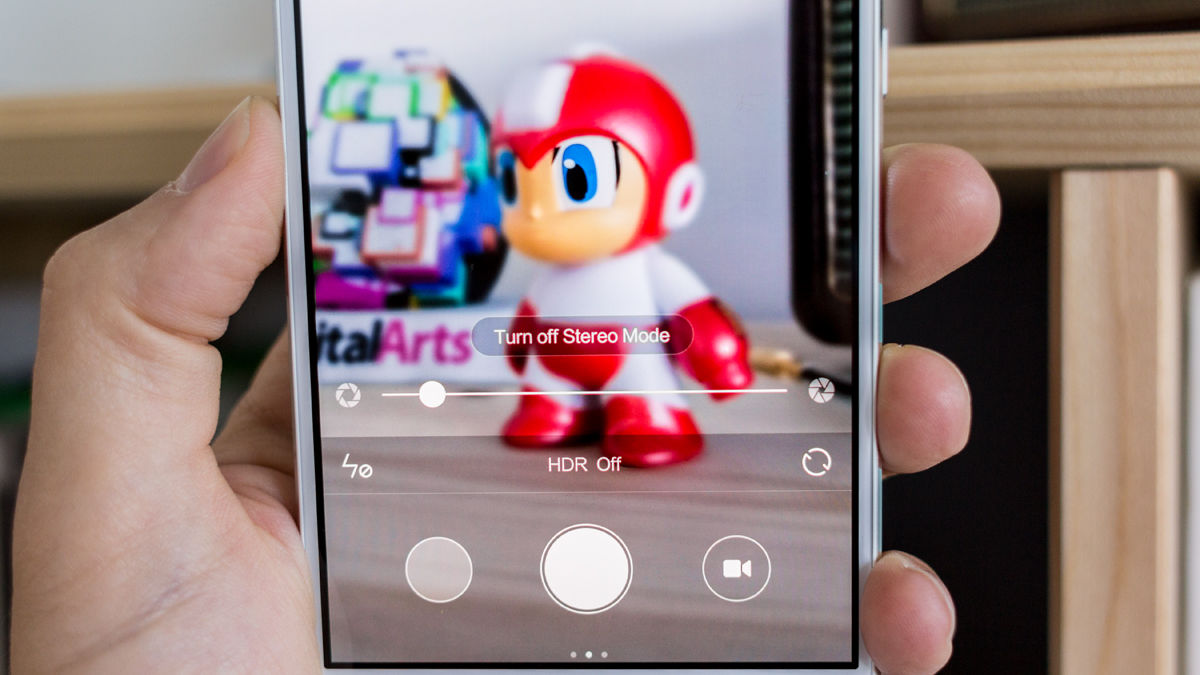 On the whole we were pleased with our test images. As usual, we took shots of the St Pancras Renaissance Hotel in both Auto and HDR modes, shown respectively below, and found realistic colours and good reproduction of detail: 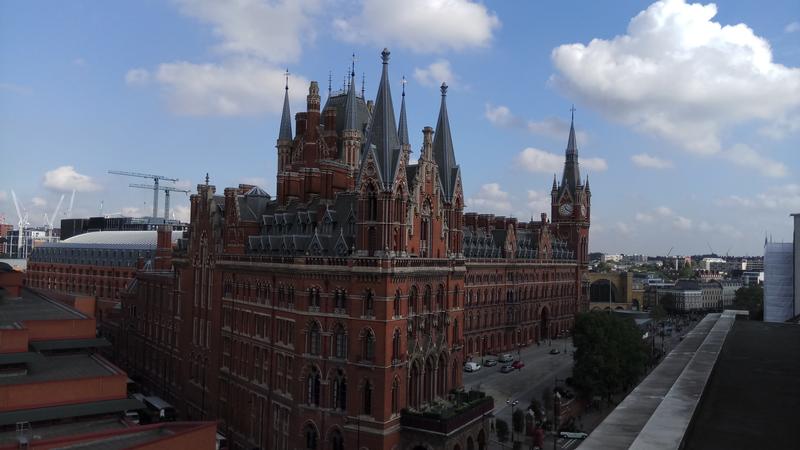 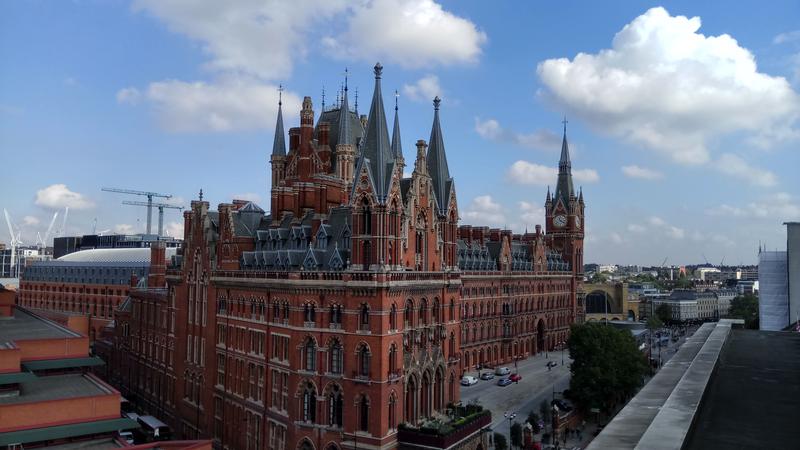 We also experimented with tweaking the focus of a shot after taking an image, which was easy enough to achieve (provided you remember to put the camera in stereo mode), but you really need to compose the shot with this feature in mind. 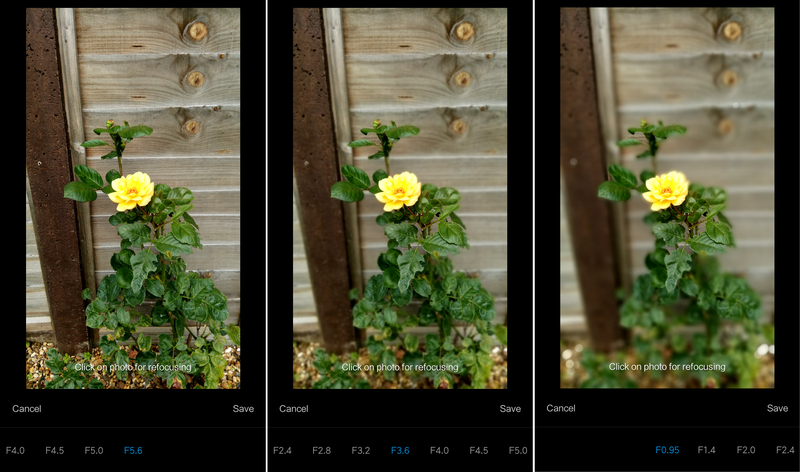 Out of the box our Redmi Pro review sample ran Android 6.0 Marshmallow with MIUI 7.3, however an update to brand-new MIUI 8.0.3 was available.  You can read our full Android Marshmallow review here.

Some new features in MIUI 8.0 include the ability to password- or fingerprint-protect notes, a new energy saving mode, enhanced video-editing tools plus some photo features that allow you to add doodles and stickers and quickly share your snaps, the new and supposedly easier-on-the-eyes Mi Lanting font, updated QR scanner and calculator apps, an enhanced multi-tasking menu, brighter colours and new lock screen wallpapers.

MIUI 8.0 is a great take on the standard Android operating system, but it won’t be familiar to those who haven’t used a Xiaomi phone before. Settings are found under different sections to standard Android, there’s no app tray which results in an iOS-esque experience, the drop-down notification bar has also been tweaked and, more importantly, there are no Google apps. 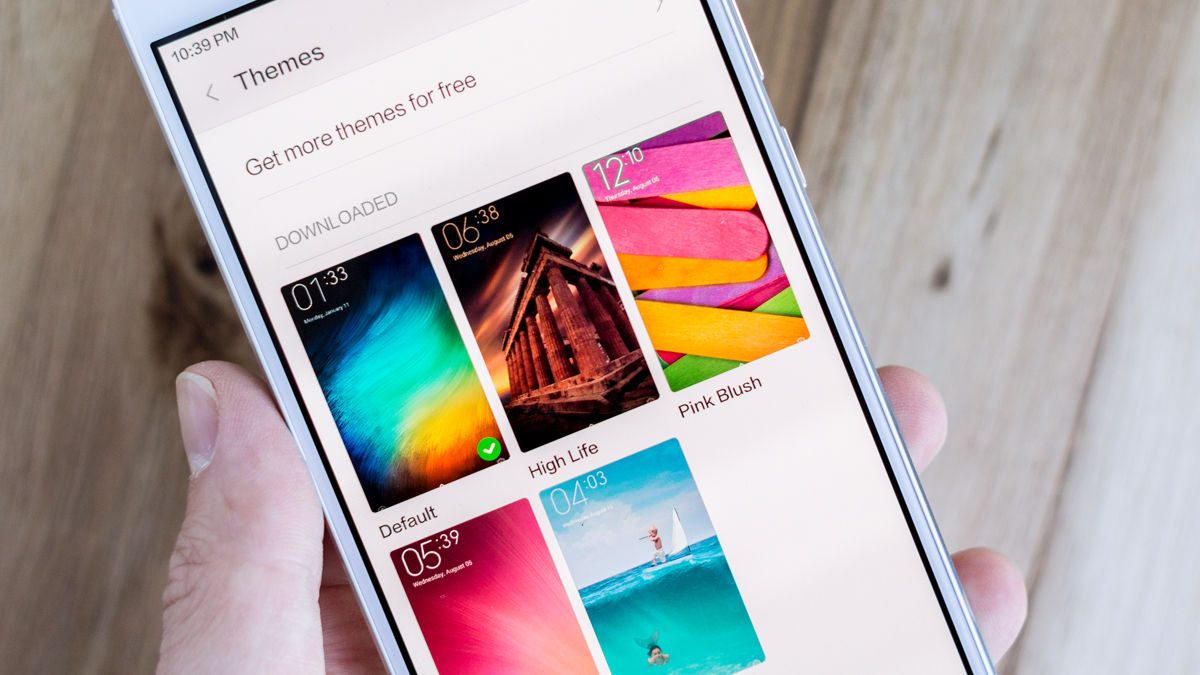 Xiaomi has its own app alternatives for many of the standard Google apps you’d expect to find on an Android phone, but some of these are Chinese (they can be uninstalled or tucked away in a folder), and if you’ve ever used an Android phone before you’ll probably prefer to use Google apps to seamlessly sync your data.

It’s easy enough to install the Play Store, and you simply create a Mi account and search for Google Play in the Mi App Store. Everything here is Chinese, but if you tap on the first option with the Google Play icon it will download the Play Store and any associated services that are required to run it.

Having done so you may find it takes half an hour or so for the Google account to register on the phone, so you may not be able to immediately download apps from Google Play.  In our impatience we found it easier to sideload the apps we use for benchmarking, but to do so you’ll first need to enable the installation of apps from unknown sources in the privacy settings.

One thing we highly recommend for UK users is to download the Google Keyboard, since the Chinese characters on the standard keyboard can be confusing and much of the time you’ll be relying on guess work to find they button you want.