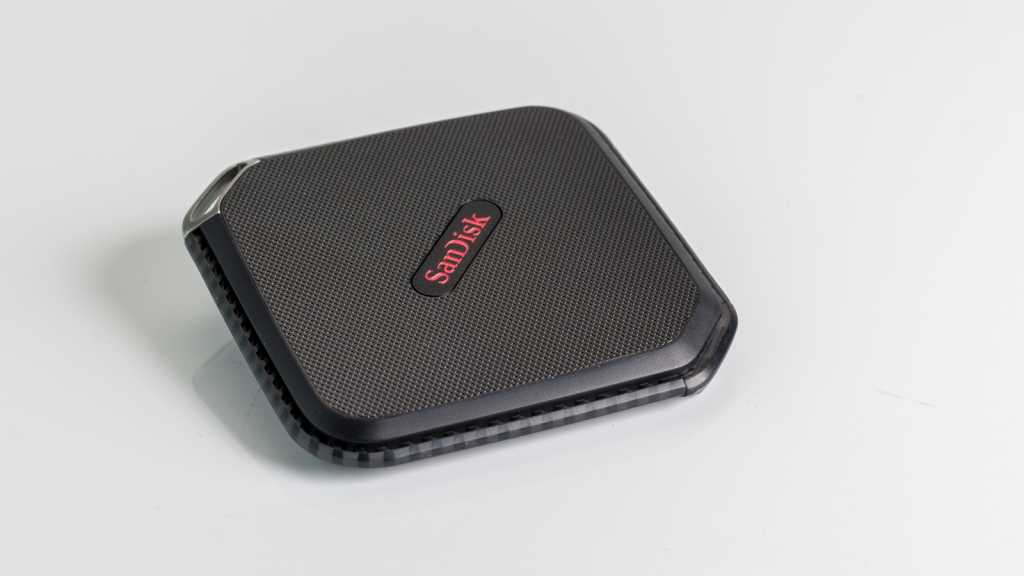 For those that need high-speed portable storage, the Extreme 500 is a solid choice. Capacities extend to 480GB which should be fine for most people. If you need more, look no further than the Samsung T3.

SanDisk is well known for its flash memory, and the Extreme 500 is a portable SSD which joins the ranks of the company’s well-known SD cards and USB flash drives. Unlike many portable drives, this one should withstand life on the road as it’s both dust and water (well, splash) resistant. Also see: Best portable hard drives.

The price of flash memory is slowly dropping, but we’re still a long way from a time when solid-state storage is as cheap as traditional hard drives. The Extreme 500 costs around 30p per GB and is available in 120GB, 240GB and 480GB capacities.

If you need a drive that’s properly waterproof, there’s the Extreme 510, but this is only available in a 480GB capacity for £199 (slightly over 40p per GB).

SanDisk’s portable SSD is so light, it almost feels almost like a toy. Its diamond shape casing is unusual, as is the position of the USB port on one corner. That port itself is unusual because – rather than using a modern, reversible USB-C – Samsung has gone for an older microUSB 3.0 connector. Also see: Best NAS drives.

This is protected from the elements by a rubber cover and on the opposite side is a loop so you can attach it to a lanyard, your keys or even your camera. 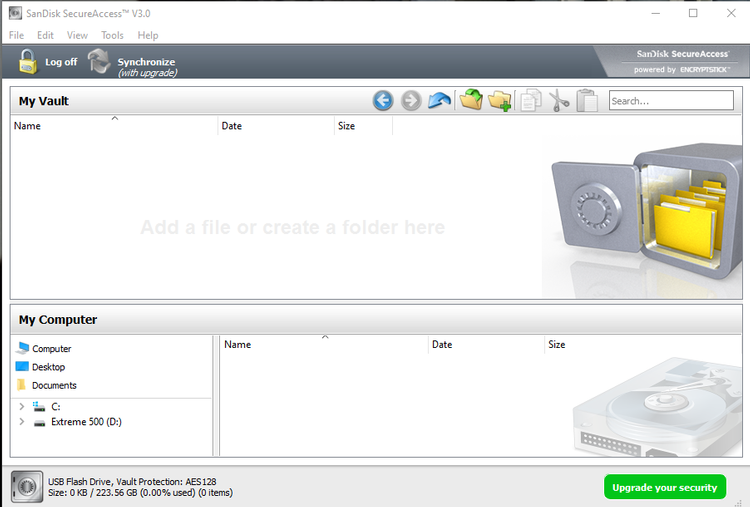 It comes with SanDisk SecureAccess. This is easy to setup and allows you to encrypt files with 128-bit AES encryption. By default the drive is formatted with exFAT – this makes it compatible with most devices. Note, though, that it comes with only a standard USB cable, so it’s not easy to connect to a phone.

Performance is in line with our expectations, and only slightly behind its competitors. In CrystalDiskMark’s sequential read test, it managed just shy of 400MB/s, and then roughly half that in the read test. Only Adata’s SE730 is significantly quicker at writing. Also see: How to build a PC.

The Extreme 500’s 4KB performance isn’t too bad either, writing at 3.7MB/s and reading at almost 20MB/s. Again, it was outperformed in the write test by the Adata, but that drive also costs a lot more per GB.