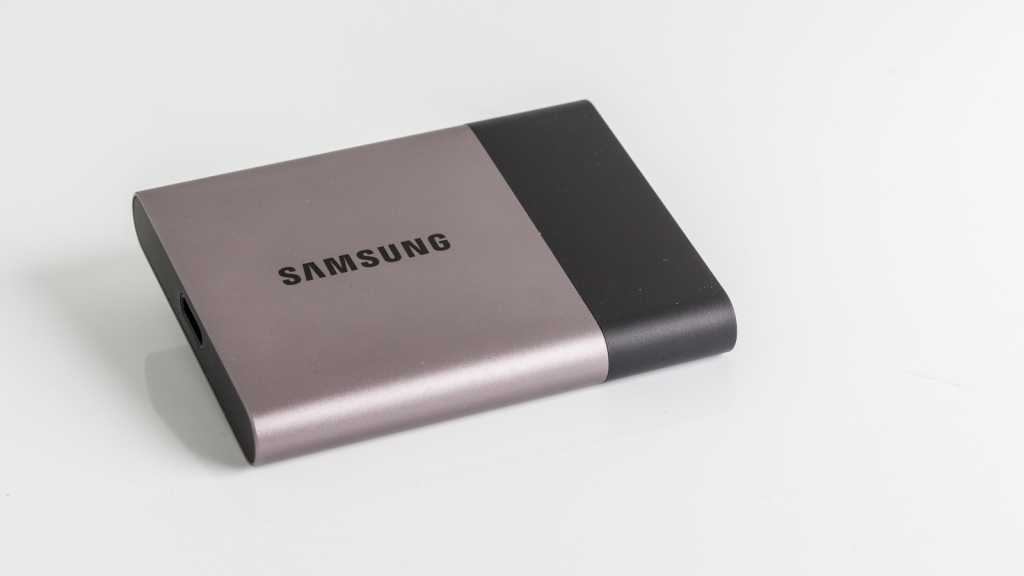 If you’re after a large capacity portable drive for backing up your photos, videos, music and other precious data, the Samsung T3 is a great choice. However, a traditional hard drive is still much, much cheaper if speed isn’t your main priority.

It’s not uncommon to do a double-take when you read the available capacities for Samsung’s T3 range. Topping out at 2TB – a size you’d normally associate with traditional mechanical hard drives – this diminutive SSD shows the promise of what’s to come from the technology. Also see: Best portable hard drives.

Obviously the downside is price. A 2TB portable SSD might sound tempting, but any enthusiasm you have will be quickly dampened when you realise it costs over £600. It’s only 32p per GB, but it’s easy to forget that a 2TB hard drive costs ten times less than this: even a portable version can be found for less than £55. You can find the drive on Amazon UK for £606.06 and on Amazon USA for $710.82. Note: prices do fluctuate.

SSDs have plenty of advantages in terms of their robustness and speed, but whether that will persuade you to pay ten times more is debatable.

The T3 is a stylish, well-made device. It looks purposeful in silver and grey, with the latter being a soft-touch rubbery finish and the former being a seamless band of aluminium.

On one end is a single USB-C port which supports USB 3.1 Gen 1 (half the theoretical speed of Gen 2’s 10Gb/s). In the box is a USB-C to standard USB, so you’ll need to buy your own cable if you want to connect the drive to a device (such as an Android phone) with USB-C or microUSB.

The T3 has 256-bit AES hardware encryption which can be used through Samsung’s Security Enabler. Just beware that if you forget the password you set, there’s no way to access the data on the drive. It’s possible to obtain a factory reset tool via Samsung’s service centre, but this will wipe all your data. Also see: Best NAS drives.

Oddly, Samsung doesn’t provide any backup software with the drive, so you’ll either have to copy files to it manually or source your own software.

We tested the range-topping 2TB version, which arrives formatted with NTFS, and were impressed with its performance. It managed a sequential read speed of 407MB/s and a write speed of 211MB/s. It didn’t disappoint when reading 4KB files, doing so in Crystal Disk Mark at almost 22MB/s, but faltered when writing them, achieving only 2.3MB/s.

However, you probably won’t notice this limitation if you’re planning to use the drive as a vault for all your media. Also see: How to build a PC.