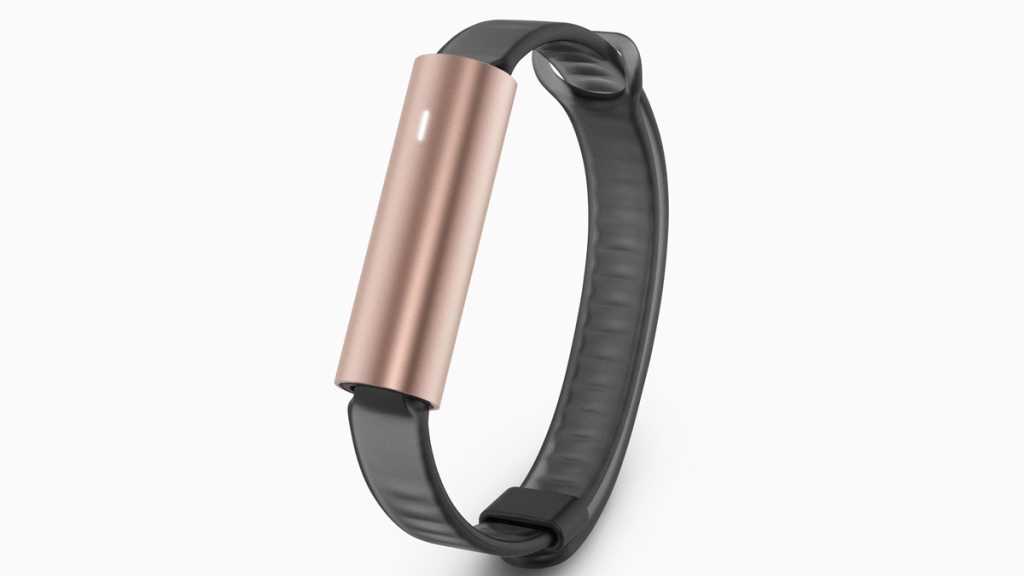 We’d recommend the Misfit Ray. It’s really good-looking and the choice of colours makes it even more stylish to suit each individual, haptic feedback is a real boon and it compares really well with rivals in the same price range. Battery life is excellent and the app is intuitive too. You’ll find that you’re motivated to get out there and get fit in no time.

We’ve reviewed several of Misfit’s activity trackers over the past few years, and have found them to be a very worthy Fitbit rival. The Misfit Ray is our favourite yet, with a stylish design, solid feature set and a really reasonable price tag to boot. Read on for our Misfit Ray review. See also: Best fitness tracker 2016

Misfit’s growing fitness tracker portfolio has a new addition, the Misfit Ray. It’s a bit of an odd one, because its features are actually not all that different from the older Misfit Shine 2. Both offer the usual fitness tracker features to help you count steps, calories, miles and other activities; they both use the same app to help you see all of that data in one place; both offer automatic sleep tracking; both offer haptic feedback and both are swim proof.

The main differences are the design, which in turn means that only the Shine 2 can be used as a watch. The Ray has a stylish cylindrical design that we really like, whilst the Shine 2 is a slightly less stylish disc shape that’s more in-keeping with a traditional watch. It will come down to personal preference and the need for a timepiece when deciding between the two, but for us the Misfit Ray is the winner here. And if you’re up for it, the Ray can sit comfortably next to your current watch without looking too clunky, so that’s an option too.

Read on to find out more about the Misfit Ray in our full review.

Each has multiple band options too, including a leather option if you’d prefer that to the default plastic, although that will bring the price up. 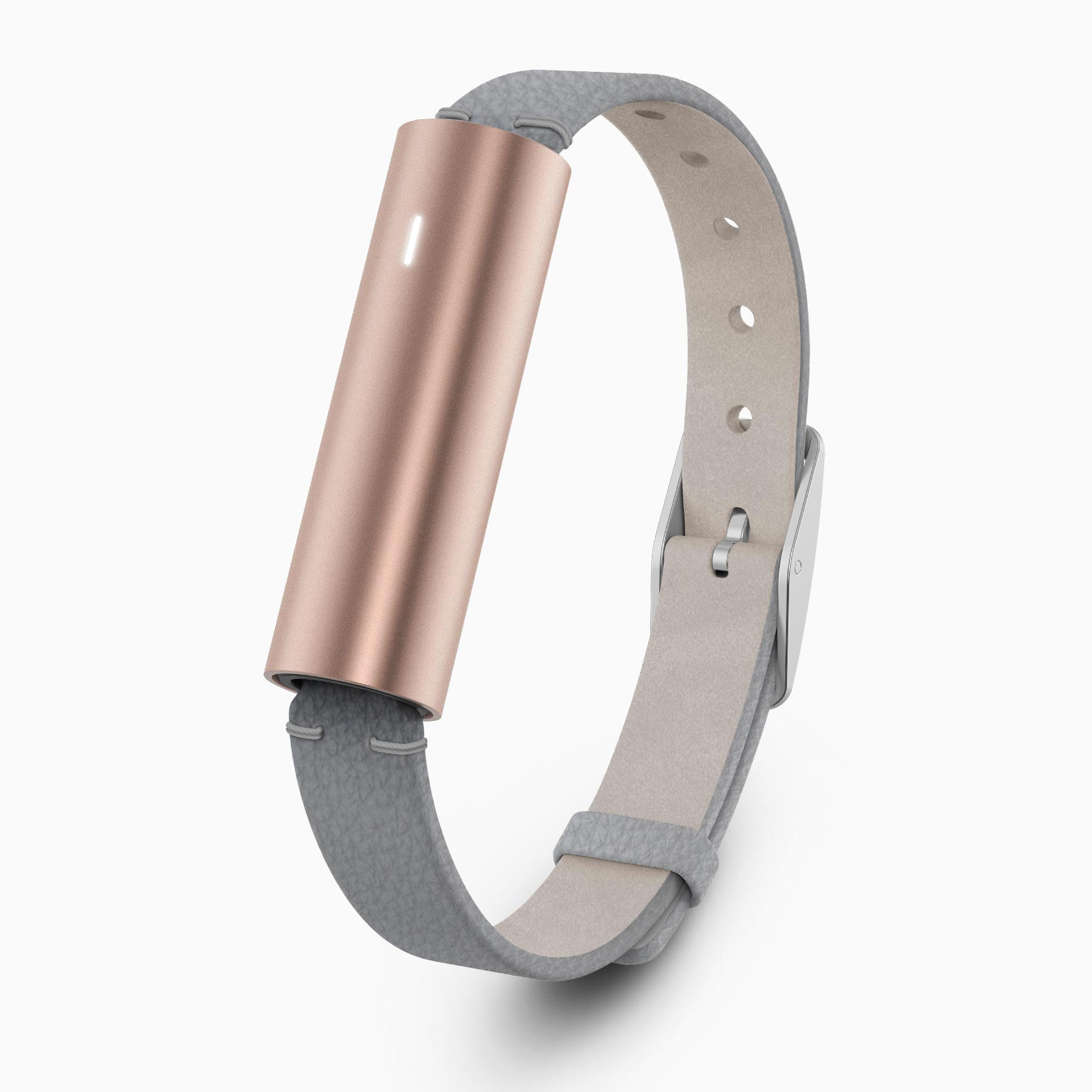 There are also accessories packs available for the Ray, including strap 3-packs to help you coordinate with your outfit, a really nice double-wrap leather band, or even a chain that lets you wear the Ray as a necklace. 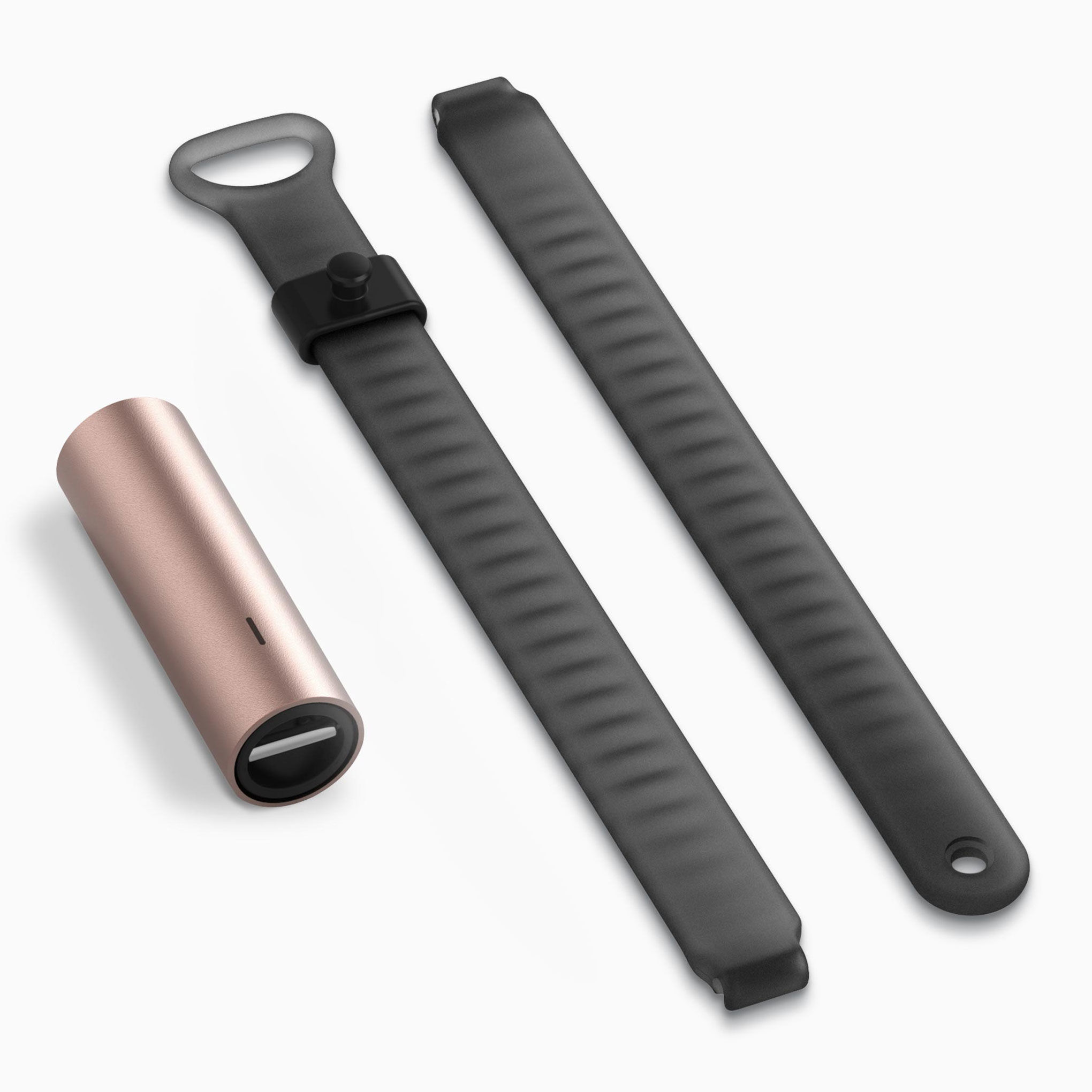 The Ray can’t be removed from the band for attaching to your belt or popped into your pocket, though – the Shine 2 can but that means you won’t be able to take advantage of the vibration or the watch features anyway. Whilst testing the Shine 2, we did pop the device into our pocket during a fancy meal out because we weren’t the biggest fan of its plasticky and somewhat masculine design, but we felt much more comfortable wearing the Ray on an evening out.

We found the Misfit Ray really comfy to wear – we usually get uncomfortable with activity trackers on our wrist while we sleep, but this one is easily adjustable to make it as loose or as tight as you’d like it, and it rests comfortably on the top of your wrist too. The plastic band and the device itself are very durable – they look as good as new after our several weeks of constant wear.

It’s waterproof, so there’s no need to take it off in the shower or during a swimming session, although we’d advise taking it off if you’re swimming in the sea.

Setting up the Misfit Ray is super-easy. You simply download the Misfit app to your Android or iPhone, and then connect the Ray using Bluetooth. It will work with any device running iOS 7 and above or Android 4.3 and above.

You’ll need to set up a Misfit account if this is your first tracker from the company, which requires your gender, age, weight and height to improve the tracker’s accuracy. Once that’s set up you can pair your devices and you’re good to go. 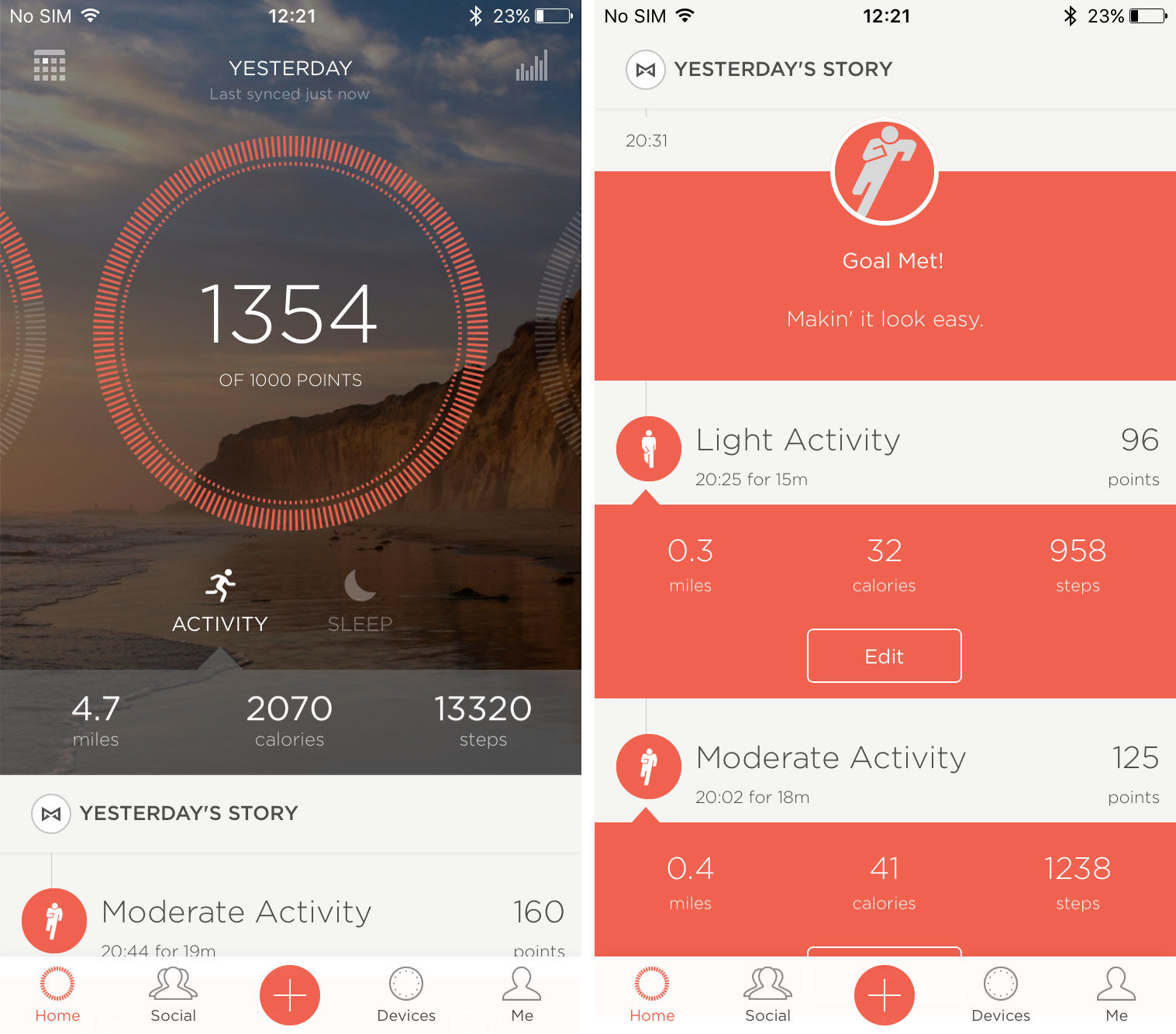 You don’t need to tell the Misfit Ray when you start running or sleeping either – it’s all automatic. Your default targets are an hour of walking, 20 minutes of running and 30 minutes of swimming, and you’ll be awarded points for your activity each day. You can change those targets to suit you, then try to hit them each day. 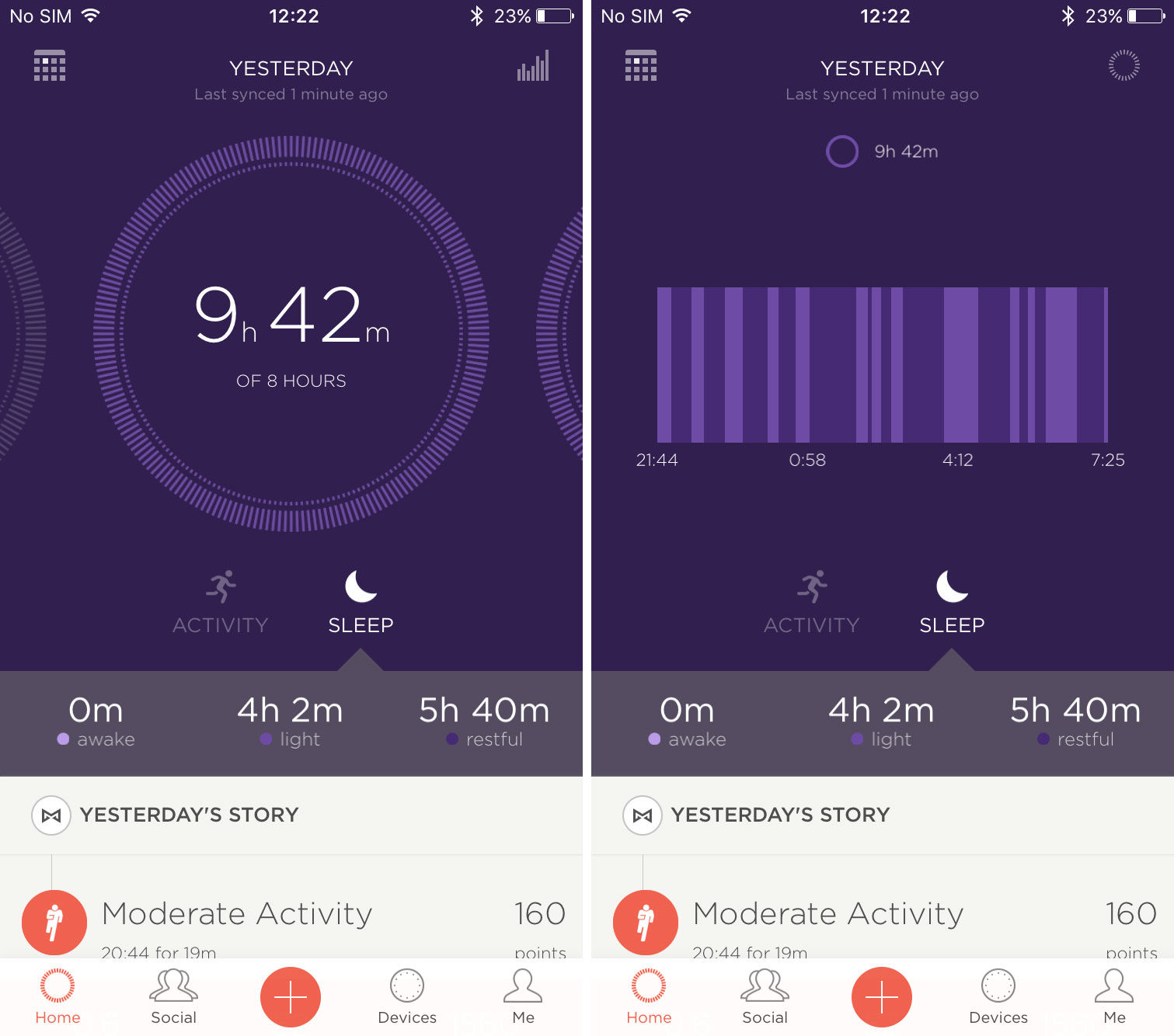 We’ve found wearing the Misfit Ray very motivating. When there’s the option to take the bus or walk, we’ve been choosing the latter (and saving a few pennies, too). It’s even more motivating if your friends have a Misfit device, as you’ll be able to connect with them and compete.

We’d like to see an altimeter for tracking how many floors you’ve climbed, and it’s also missing a heart rate monitor and GPS. That’s why we’d argue that the Ray is for the more casual user, rather than a serious athlete. If you’re in the second group, we’d advice looking at a GPS-enabled tracker or even one of the more pricey Fitbit models like the Fitbit Blaze, Fitbit Surge or Fitbit Charge HR.

See: Which Fitbit is best to buy?

Additional features of the Misfit Ray include the incredibly handy notification vibration alerts, which means you don’t need to have your phone with you at all times to know that you’ve got a message or a call.

Those notifications are paired with a light, too. If it’s an incoming call, for example, you’ll see a green flashing light as the Ray vibrates. For texts you’ll see a blue pulse, and for other alerts you’ll see purple.

You can actually download the Misfit Link app and pair it with the Ray too, although we found it to be a bit on the clunky side. You can tap the Ray twice or three times to perform a preset action, but it’s hard to know whether your taps have registered so we tended not to use it.

When it comes to battery life, there is absolutely no charging involved. You’ll need to replace its little button batteries about once every six months, but you’ll be alerted when the battery is running low by the app so there’s no need to worry about them running out without you realising.

If you’re comparing it with other fitness trackers, it sits in the same price bracket as the Fitbit Flex, which has very similar features but a less attractive design. There are more colours of the Flex available, though, but we still prefer the choice of colours offered by the Misfit Ray. The Fitbit Flex charges via USB, but the downfall there is that you’ll need to recharge it every week rather than the 6 months you can leave the Misfit Ray before replacing its batteries.

Plus, the Fitbit Flex isn’t waterproof so it can’t be used for swimming, and it doesn’t alert you to notifications or incoming calls.

If your budget can stretch, though, the Fitbit we might choose over the Misfit Ray is the Fitbit Alta, which offers Caller ID and the ability to read texts on your wrist, which the Ray lacks. It’s also similar in thickness to the Alta with a nice slim form factor that we like, so it’s worth considering if you’ve got extra to spend.