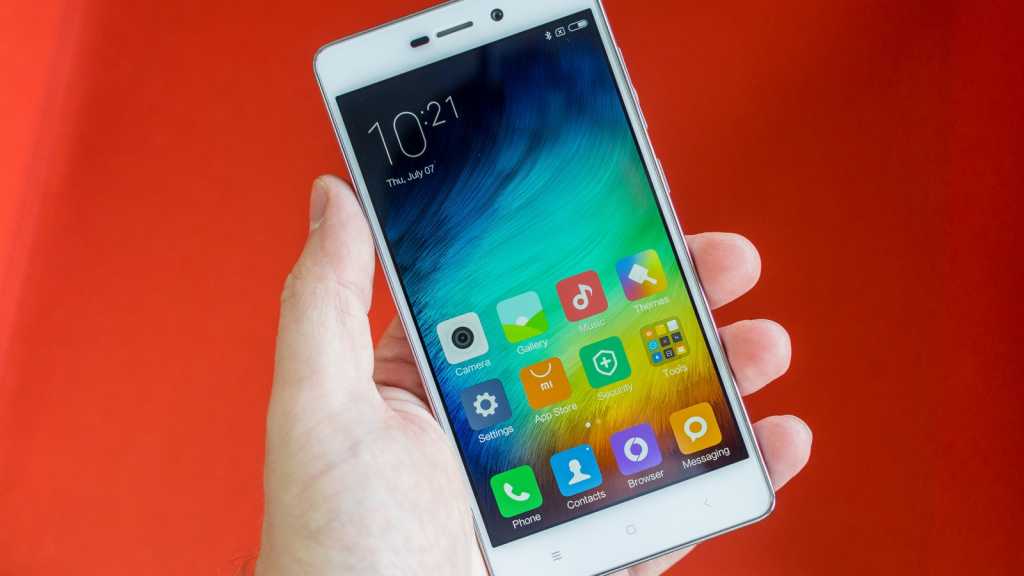 Right now the Redmi 3S Pro is available for just an extra £5 over the 3S, but ordinarily we would have said you will struggle to find better value for money than what is offered by Xiaomi’s new Redmi 3S. This budget Android phone is feature-packed and capable, and has a new fingerprint scanner. You can’t expect any more for £120, just remember that Google Play isn’t installed out of the box.

Xiaomi has excelled itself with the Redmi 3S, taking the already very good Redmi 3 and fitting a newer processor and a fingerprint scanner, and tweaking the design. The resulting Xiaomi Redmi 3S has all the things that made the Redmi 3 great, including phenomenal battery life, but now it’s even better. Also see our Xiaomi Redmi 3 review.

£120 really isn’t a lot of money when it comes to buying a SIM-free Android phone, and you will pay much more than this for a comparable UK network-locked budget Android. But while the Redmi 3S offers incredible value at this price, it’s also worth checking what deals are available on the 3S Pro. Separating the two right now is a gig of RAM, 16 gigs of storage, and just a fiver. Also see: Best cheap phones 2016.

You won’t get the Redmi 3S on a contract in the UK, but at these prices you can afford to buy the phone outright and opt for a much cheaper SIM-only tariff that ties you in only so long as you wish to be contracted. We wouldn’t advise using an O2-, Giffgaff- or other mobile network’s SIM that relies on the 800MHz band for 4G, however, since Xiaomi phones don’t support it. The 2100- and 2600MHz 4G bands also used in the UK by other mobile networks are supported.

People can rightly be wary about buying smartphones from China, but we’ve never had an issue with buying from GearBest. Do note that you may have to pay import duty when shipping the Xiaomi Redmi 3S from China to the UK, however. You can read all about this and other potential pitfalls in our guide to buying grey-market tech.

Viewed from the front the Xiaomi Redmi 3S is identical to the Xiaomi Redmi 3. It matches the 3 in size and weight, and has the same 5in HD screen that makes it so easily manageable in a single hand. A Chrome-effect metal trim and reasonably slim bezels go some way to conceal the Redmi’s budget roots, but at 8.5mm it retains the chunk that is typical of cheap smartphones. Also see: Best Android phones 2016.

The display is much lower in resolution than what you might find at the other end of the smartphone market, but an HD screen is easily justified by the price of the Redmi 3S. It’s sufficiently clear nonetheless and, more importantly, it’s IPS tech, which means colours are realistic, viewing angles are good, and this display technology is also a firm friend of longer battery life.

And that is one of the key selling points of this phone. Going some way to explain the chunky design (though you’d never guess just how much battery power lay inside) is a very generous 4,100mAh battery. We’ll talk more about performance below, but suffice to say the Xiaomi Redmi 3S gave the best showing in our Geekbench 3 battery life we’ve ever seen. Also see: Best phones 2016.

The only visible differences between the Redmi 3 and this 3S are seen from the rear. New on this Redmi 3S is a circular fingerprint scanner, located toward the top of the phone’s rear in a central position. Gone is the diamond-patterned casing at the back, which was arguably somewhat feminine-looking and also gave the phone a plasticky appearance.

The Redmi 3S feels the same in the hand, but it’s more obviously built from metal than was the Redmi 3. You’ll still find plastic panels top and bottom housing the camera and speaker, but that’s already a lot less plastic than you’d find on most budget smartphones.

Build quality is excellent, and though this might be a cheap phone no obvious corners have been cut. As before, there’s no creaking, no flexing, no sharp edges, no gaping holes – nothing to cause any concern. Our only real gripe is the rear-mounted speaker, though a small plastic protrusion helps to raise it from a flat surface.

The layout is standard for Android, with Home, Back and Multitasking capacitive buttons below the screen, a Micro-USB slot at the bottom, and headphone jack and IR blaster at the top. Power and volume buttons sit on the right side, and there’s a dual-SIM tray on the left. The second SIM slot can instead be used to add a microSD card up to 128GB in capacity if you so wish. Also see: Best dual-SIM phones 2016.

A key change between the Xiaomi 3 and Xiaomi 3S is the processor. In place of the Snapdragon 616 you now get the Snapdragon 430, which integrates the upgraded Adreno 505 GPU where we previously saw the 405. Both are 64-bit octa-core chips, and supported by 2GB of RAM and 16GB of internal storage.

Performance in our benchmarks didn’t see a huge boost, and both phones proved capable for day-to-day tasks and casual gaming. We’ve compared the results from each in our chart below. Also see: What’s the fastest phone 2016?

One thing the Redmi 3S excells at, though, is battery life – and this may be as much down to the move from Android 5.0 to Android 6.0 as it is the new processor. Recording 11 hours 53 minutes in our Geekbench 3 battery life test, this phone has longer runtime than any other we’ve tested. By comparison the Redmi 3 recorded 9 hours 50 mins. If you want a budget Android phone with long battery life you will not find a better example than the Xiaomi Redmi 3S.

Aside from the new processor and move to Android 6.0, the fingerprint scanner is the key addition to the Redmi 3S over the Redmi 3. It’s found at the rear, which tends to fall naturally under the forefinger when holding the Xiaomi, so you can authorise access to the phone without even realising you’re doing so.

Another highlight for this budget Android is its dual-SIM functionality, and the Redmi 3S is able to simultaneously support a Nano- and Micro- 4G SIM in a dual-standby setup. It’s a shame that in adding a microSD card you lose this functionality, but it’s possible that your need for two SIMs is sporadic and the rest of the time you can benefit from extra storage.

Giffgaff customers and those of other UK mobile networks that utilise O2’s infrastructure should note that the Redmi 3S does not support the 800MHz 4G band in the UK. These customers can still use the Xiaomi, but they won’t be able to benefit from its 4G connectivity. Also see: How to tell whether a phone is supported by your network.

IR blasters are increasingly rare and, though they don’t appeal to everyone, it’s good to see one on the Redmi 3S. Other connectivity specs are basic, with 802.11b/g/n Wi-Fi, Bluetooth 4.1 and GPS. There is no NFC.

The cameras have not been updated for the Xiaomi Redmi 3S, which means you still get a 13Mp camera with PDAF and a single-lens flash at the rear and a 5Mp selfie camera. The camera quality isn’t bad, though some detail is lost when viewed at full-size, but photos come alive with HDR mode engaged (see our auto- and HDR shots respectively below). Also see: Best camera phone 2016.

The Xiaomi Redmi 3S runs MIUI 7.5 on top of Android Marshmallow, and will be updatable to MIUI 8 soon. It’s a great OS, although it can take a few moments to find certain menu options when you’re more familiar with standard Android. The first thing you’ll notice is there is no app tray, and in iOS style all app shortcuts are found on the home screen.  You can read our full Android Marshmallow review here.

Xiaomi preinstalls its own apps for just about any task you require, but one thing you won’t find is Google Play or any Google apps. This is less of a problem than it used to be, since you can now install Google Play and the various services it requires from the Mi App Store, though it may not be immediately obvious to novice users that they should do so.

While you’re at it we strongly recommend downloading the Google Keyboard, since the keyboard preinstalled on the Redmi 3S contains many Chinese characters and can be rather confusing if you don’t speak the language.

You’ll still find various Chinese-language apps and notifications on this phone, but many of the apps can be uninstalled or hidden away in a folder and the notifications can usually be ignored.

As with MIUI 7 that comes on the Redmi 3, you’ll find several welcome extras over standard Android. For example, one-handed mode lets you shrink down the screen size for easier operation with smaller fingers. And you can change the colour of the LED for different types of notifications, you can change the font and its size, and automatically lock the screen when you place the 3S in a pocket.

The pull-down notification bar has also been tweaked. When you drag down from the top of the screen you’ll see quick settings and must swipe left to access notifications. A pinch on the home screen brings up options to move apps, add widgets and alter the wallpaper and effects (the transitions as you move between home screens).

We also like the Child mode, which lets you allow access only to certain apps installed on your phone before handing it over to the kids.