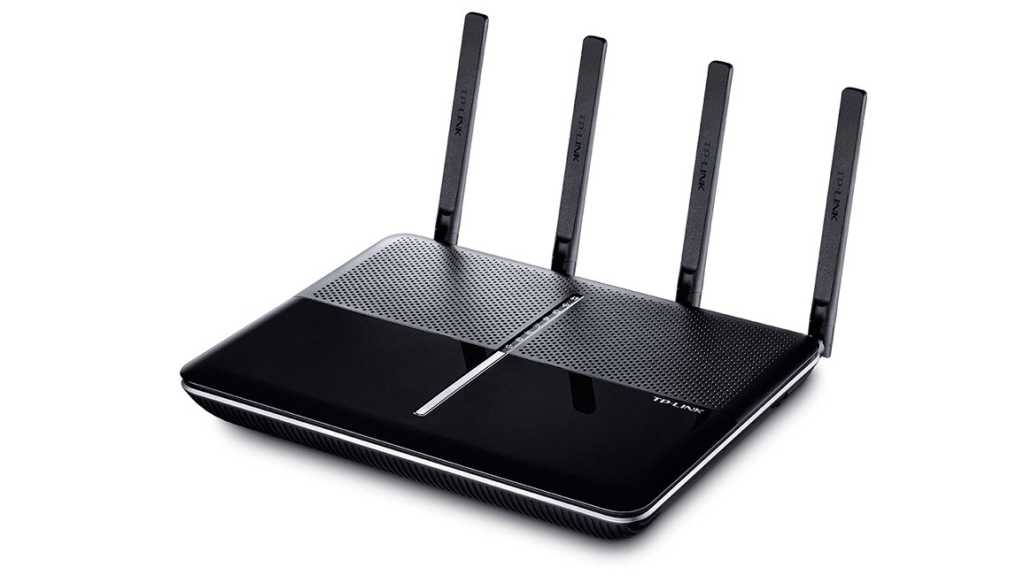 We hope MU-MIMO performance can also be improved further and 2.4 GHz performance at a distance was middling. Aside from these caveats we were impressed with the TP-Link Archer VR2600. If you can stick with 5 GHz channels all the better but if not, you’ll still have a very strong all-round performer. If you’re looking for a one-box solution to replace a BT Home Hub we’d recommend the Archer VR2600.

Well-built and comprehensively featured, this second-gen 802.11ac wireless router puts in a good all round showing across both 2.4 GHz and 5GHz, making it a worthwhile upgrade over your ISP supplied router. Here’s our TP-Link Archer VR2600 review See also: Best wireless routers

When it was first introduced 802.11ac introduced a significant increase in performance over the previous generation 802.11n. It’s now been standard for a while and the industry is moving rapidly on to what’s known as ‘Wave 2’ devices – those that support a new feature called MU-MIMO or Multi-User MIMO. It’s designed to make the most efficient use of the bandwidth that 802.11ac delivers, but enabling the routers to communicate with multiple devices simultaneously. To take advantage of it client devices will need MU-MIMO enabled Wi-Fi radios inside them too. It can be found in several new smartphones such as the Samsung Galaxy S7, Nexus 5X, and Lumia 950, and several laptops from Acer, such as the Aspire V15 Nitro. However, no current Apple device includes it.

While rare as hen’s teeth not six months ago, there are now a good number of routers that offer MU-MIMO – including BT’s new Home Hub 5. If you’re looking for a branded alternative, then the TP-Link Archer VR2600 should be on your shortlist. It’s a 4×4 MU-MIMO router, claimed 1733 Mb/s of bandwidth at 5 GHz and 800 Mbps for 2.4GHz. It has a built-in ADSL and VDSL modem, making it compatible with BT Infinity, but it can also be used with Virgin Media cable connections, so you won’t be locked-in should you choose to switch broadband providers. Additionally, it’s compatible with 3G/4G dongles, should you be in an area without conventional wired broadband.

You can buy the Archer VR2600 for £174.99 from Amazon. If your broadband is supplied by BT, it’s well worth checking out its new Smart Hub, though – not least because most BT customers can get it for free.

It’s a smart device, in both technology and aesthetic terms. The top half is housed in shiny black plastic that looks great to us, though dust will inevitably collect on it. A light strip runs down the bottom half of the centre, and above this, icons light up to indicate relevant connections. 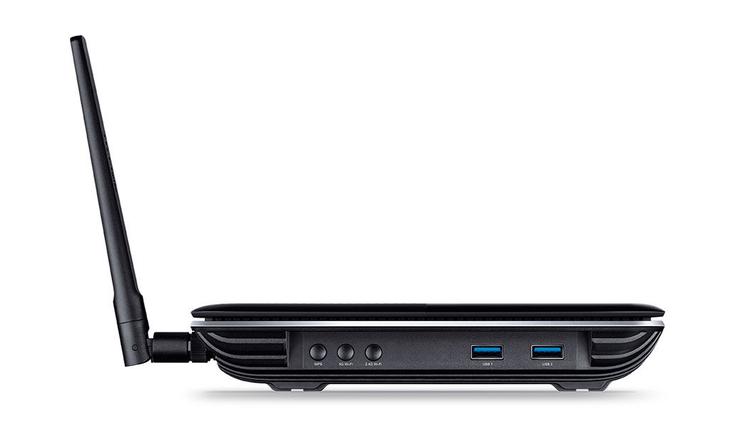 Down the side there are two buttons to activate/deactivate the 2.4 GHz or 5GHz Wi-Fi networks and a USB 3.0 port sits on either side. Four antennae protrude from the rear.

Set up was easy and the interface has a stripped down minimalist look to it but everything we needed was easily accessible. From here you can enable guest networks – one for both 2.4 GHz and 5 GHz and choose whether to allow guests access to content on USB port connected devices and the local network.

A basic access control feature lets you whitelist or blacklist devices on your network and under the Parental Controls section you can schedule when those devices can be active on the network via an easy to use GUI.

Oddly we could see no way of auto-updating the firmware from inside the web interface but we could do so via the supporting smartphone Tether app – this indicated that we were running the latest firmware. 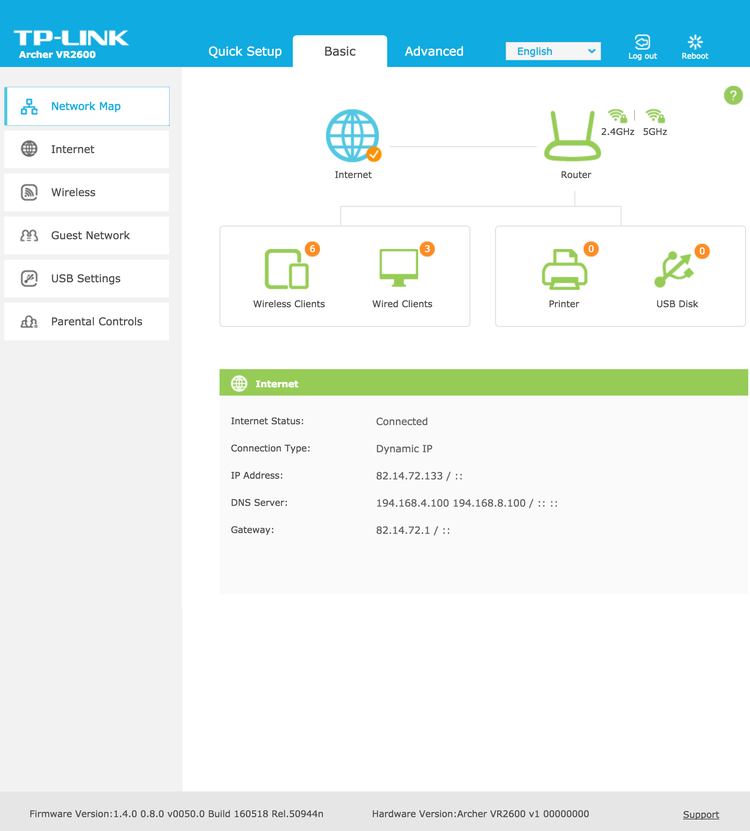 Performance-wise the Archer 2600 left us impressed. We tested by hooking it up to a desktop PC equipped with an Asus PCE-AC88 – a PCIe Wi-Fi adaptor that offer full 4×4 antenna capability – and used JPerf for Windows to generate data traffic at a distance of 3m from the router. We saw average throughput of 597 Mb/s, which we’d rate as very good – though we’ve seen even faster. At 2.4GHz the result of 201.7 Mb/s was excellent, faster than the same test on an Asus RT-AC87U and a much more expensive Linksys EA9500, which got 82.1 Mb/s and 79.6 Mb/s respectively.

We then ran the same test at 2.4GHz 3m from the router on a Macbook Pro Retina using its built in Wi-Fi chip. Not as powerful as the Asus card, performance dropped to 114 Mb/s – still faster though than the Asus and Linksys. At 5 GHz the average throughput was 438 Mb/s.

Moving upstairs in our test house, performance dropped out quite dramatically to just 35.5Mb/s average at 2.4GHz, but the 5 GHz result of 235 Mb/s was faster again than the Asus and Linksys.

To test MU-MIMO we used four laptops, each equipped with a MU-MIMO compatible Linksys WUSB6100M Max-Stream adaptor. This gave us combined average throughput of 285.4 Mb/s. There is no option in the settings to deactivate MU-MIMO making it difficult to directly evaluate its effectiveness. To give you some comparison, the result though was a bit faster than an Asus RT-AC87U which gave 263.2 MB/s in MU-MIMO mode, and near double what we saw from the same four-laptop test from a non-MU-MIMO capable Virgin Superhub 2ac router. However, the Linksys EA9500 managed 475 Mb/s in the same test. 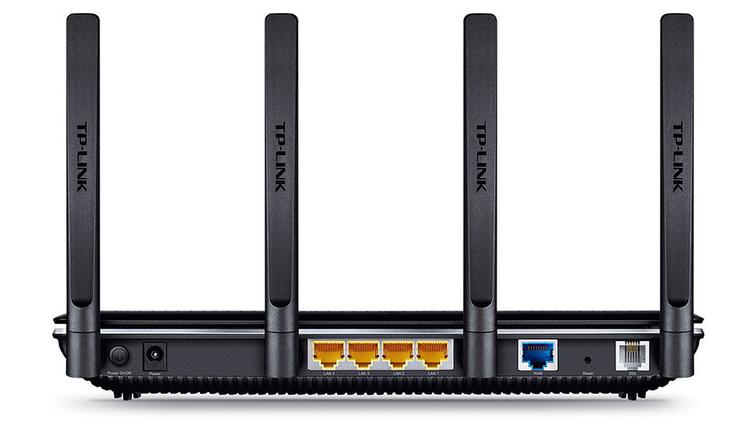