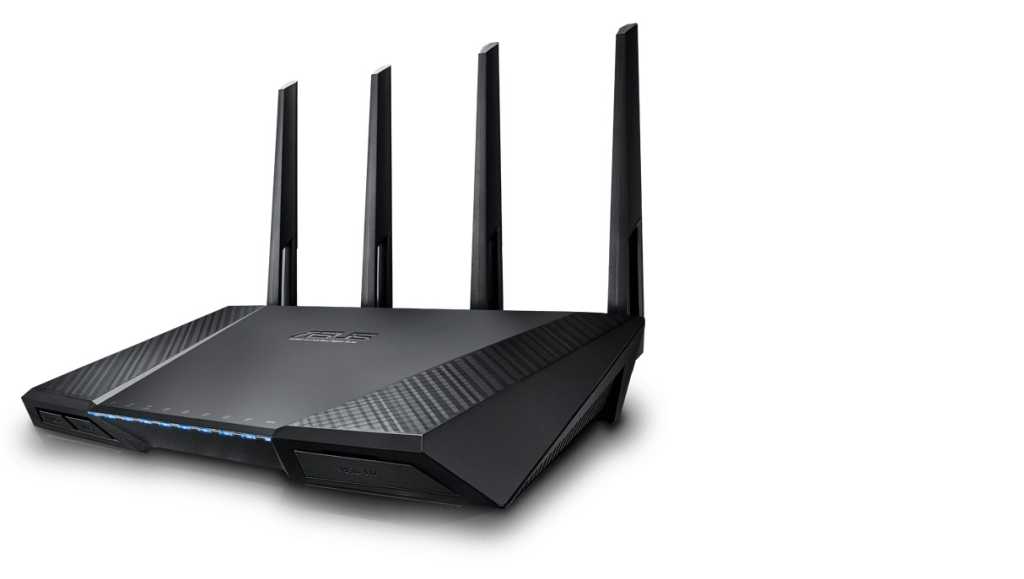 The Asus RT-AC87U combines smart design with a simple to use but featured-packed interface. Performance impresses, especially over 5GHz and also at distance. From our tests the MU-MIMO feature currently only offers a small speed increase but as a package, for the money, this router is an excellent buy.

This 4×4 MU-MIMO enabled wireless router delivers consistently strong performance. The interface is very good and there are plenty of settings for tinkerers to get their teeth into and – for the money – it’s an impressive router. Here’s our Asus RT-AC87U review.

The RT-AC87U has many claims to fame, Asus would be keen to tell you, including that it was the first router to offer a 4×4 antenna capability combined with MU-MIMO technology. What does that all mean? We’ll look at performance later but it indicates that the RT-87U should be fast, and very capable in homes with multiple wireless devices connected.

However, those devices will need MU-MIMO enabled Wi-Fi radios inside to take advantage of the feature. There are several new smartphones that support it, such as the Samsung S7, Nexus 5X, and Lumia 950, and several laptops from Acer, such as the Aspire V15 Nitro. No current Apple device includes it.

The fact that it’s been out for a while is good thing too, as it means that it has dropped in price. You can buy the RT-AC87U from Amazon for £159.99. It’s by no means the cheapest router, but this is a decent price for a second-generation 802.11ac router. Just remember that there’s no built-in modem, so you can’t connect it directly to your phone line – it’s best suited for cable broadband packages such as Virgin’s.

The Asus RT-AC87U has a sleek angular appearance, thicker at the back before tapering down to a thinner edge at the front, which contains an array of flashing blue LED lights. A large button on the underside turns these off, which is useful if you don’t want the distraction of the disco effect. Be careful when you do, though, as next to this is another button that turns of the radios, thus switching off the Wi-Fi – it’s very easy to accidently press the wrong one – we did a couple of times. 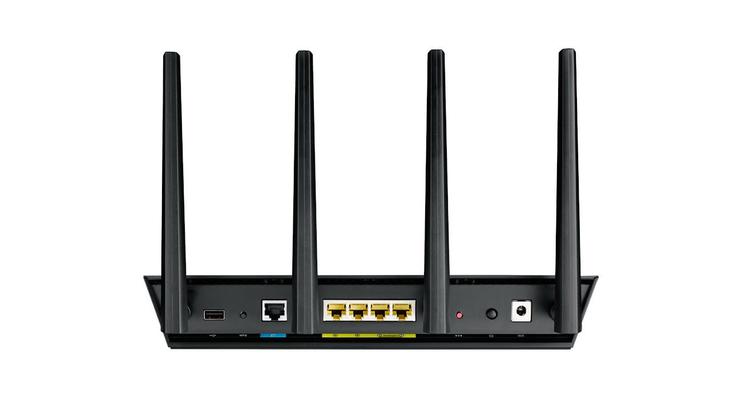 There are four antenna sticking out of the rear (one for each stream of its 4×4 array), which indicates it means business, but subtle it is not. At the back are five Gigabit Ethernet ports, one of which is a WAN port to connect to your modem – there’s no internal modem here.

Overall, it’s a slick, futuristic-looking device which we didn’t mind having on show. The build does have a light, slightly flimsy feel to it, and one of the four antenna refused to stay at an angle and tended to droop, even after tightening.

Two USB ports are present – USB 2.0 on the rear and a USB 3.0 located under a flap at the front and the contents are shared over the network via DHCP. You can also gain remote access to these via Asus’ AiCloud smartphone app.

Delving into the interface and you’ll find a system that’s really superb. It’s well-featured but also very easy to use. Everything is clearly labelled and the whole thing is responsive – no doubt its 1GHz CPU system processor played its part.

You’ll find a Quality of Service settings, which enables you to give priority to a particular device on your network and it’s easy to order devices by drag and drop. And if you’re the type that likes to keep an eye on the data travelling over your network you’ll appreciate the information in the Traffic Analyzer section. 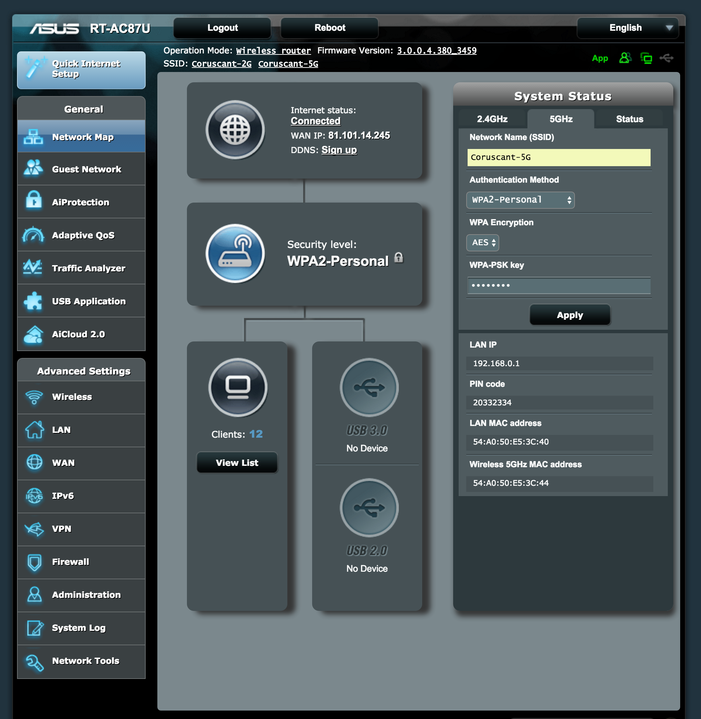 Enhanced security is provided by Trend Micro and alerts you to potential security vulnerabilities, though turning some of these off, such as DHCP, does mean you’ll limit the functionality of your router and we wouldn’t recommend it.

The advice about weak passwords was welcome. There’s also basic built-in Parental Controls, providing filtering for types of content and the ability to schedule when specific devices can access the network – perfect for stopping late night access to smartphone obsessed teens. Or spouses.

A link for the firmware setting appears at the top so you can go straight there and ensure you have the latest version running on your router. Other routers automatically update their firmware, though.

A supporting app is also available. It has a very different look and feel to the web interface but is easy to use.

To make sure we could see as much potential from the Asus we tested with a desktop PC equipped with the Asus PCE-AC88 – a PCIe Wi-Fi adaptor card with 4×4 MIMO capability. We used JPerf for Windows to generate data traffic. The Asus delivered with an average performance of 570 Mb/s over 5GHz and 150 Mb/s over 2.4GHz. We’d rate that as very good for real world performance, but we have seen even faster. It did comfortably outperform our standard Virgin Media Superhub 2ac router, which delivered an average of 416 Mb/s over 2.4GHz and 104 Mb/s over 2.4GHz.

We switched to a Macbook Pro Retina to test performance at a distance and saw an average over 5 GHz of 521 Mb/s at three metres – a very impressive figure, besting a much more expensive Linksys EA9500 and a TP-Link Archer VR2600. Moving to a floor upstairs saw average performance drop to 210 Mb/s over 5GHz– not quite as good as the 235 Mb/s we saw from the TP-Link Archer VR2600 but comfortably outperforming the Virgin Superhub 2ac.

At 2.4 GHz its result of 50 Mb/s was very good – if performance at a distance is important then this is a trump card.

To test MU-MIMO we lined up four laptops, each equipped with a MU-MIMO compatible Linksys WUSB6100M Max-Stream adaptor. Using this the most throughput we saw was 263.2Mb/s. For comparison we turned off MU-MIMO in the settings, and achieved 244Mb/s. In our tests then, MU-MIMO only delivered a 7.9 per cent increase. We ran the same test again with two devices connected and saw very similar performance. We got slightly better MU-MIMO from the TP-Link Archer 2600 and far more from the Linksys EA9500, which delivered 475 Mb/s. But it does also cost twice as much.

In the settings page, Asus has indicated that MU-MIMO technology is just in beta, so we’d suggest there is more work that could be done to improve its performance and as more powerful MU-MIMO enabled clients appear and firmware improves, this aspect will hopefully improve.