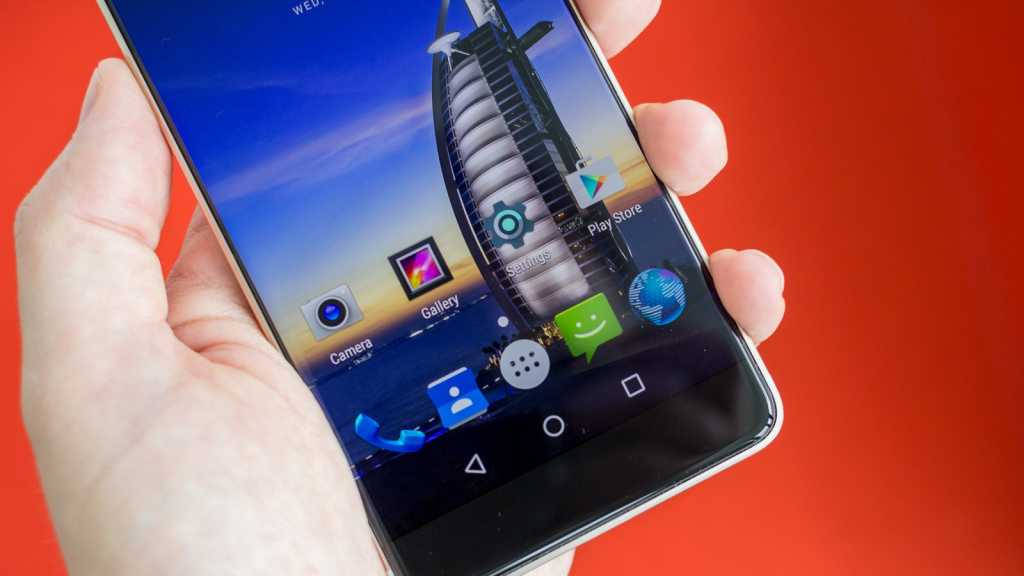 Ulefone has attempted to build a futuristic phone with the Future’s edge-to-edge display and USB-C port. For a mid-range Android phone performance is good, and the design is good, even if the phone is on the heavy side. We can’t turn a blind eye to the camera quality, although a software update should be able to fix the issues we saw.

A bezel-less display, side-mounted fingerprint scanner and USB-C are among the highlights in this futuristic phone appropriately named the Ulefone Future. A dual-SIM phone with an octa-core Helio P10 processor, 4GB of RAM and 32GB of storage inside, this mid-range Android phone also performed pretty well in our performance benchmarks. Also see: Best cheap phones

The Future is a Chinese phone available in the UK through grey-market sites such as GearBest, which sent our sample for review. Right now you can buy the Ulefone Future for £188.57 ($244.46 in the US) with free shipping. Do note that you may have to pay import duty when it arrives at UK customs, however – read our advice on buying tech from China.

From the rear the gold aluminium-titanium alloy casing, white lines and corner-sited camera make the Ulefone Future look very much like an iPhone wannabee. Turn it over and things get a lot more interesting.

We have to start with the screen, since this is the first time we’ve seen a Chinese phone sold with an edge-to-edge or bezel-less display. It looks fantastic, and 2.5D curved glass atop the display gives the feeling that the screen might extend further, wrapping around the sides. Alas, this seamless design is spoiled by the gold case visible from the sides. Had our review sample been black we imagine it would look a lot nicer.

But even as it stands the screen is a nice feature. It’s a 5.5in full-HD (1920×1080) panel that’s crystal clear and sufficiently bright. Colours look realistic, and viewing angles are good. It’s protected by tough Gorilla Glass 3, plus a very thin black plastic coating around the otherwise vulnerable edges of the glass. Also see: Best Android phones 2016.

On the right side a fingerprint scanner sits just below the volume rocker and power button. This is something we’ve seen before with the Sony Xperia Z5 family, where it was actually integrated to the power button. At first we were a little stumped as to what it was, given that it looks as though it’s some sort of port cover and the SIM- and microSD card slot sits at the top left.

However, in use the fingerprint scanner is actually one of the best out there. It’s incredibly fast, with a 0.1-second recognition speed, and it is perfectly placed for righthanded users. Lefties won’t have much joy with it, but our only real gripe is that the first time you access the phone following a restart you must enter a PIN or passcode rather than using the scanner.

There’s a third interesting design feature, too, although we have to say we’re not overly enamoured with it. The SIM tray pin, which everyone always loses and ends up resorting to a paperclip, plugs into the headphone port at the top, thus keeping out the grime and ensuring the pin is never misplaced. It’s a great idea… but it also looks really weird.

The headhone jack looks as though it has a little hat on, sticking out the top of the phone and spoiling the clean lines. And where are you supposed to put the pin when using the headphone jack out and about? To be honest, we’re not even sure whether you’re intended to store the pin here, although that is how it came in the box. Also see: Best phablets 2016.

In general design has been carefully considered. For example, two speaker grilles sit either side of a reversible USB-C port at the bottom of the phone, and in this position they ensure sound is fired outward and not into a palm or desk.

However, we’d like to have seen the three-standard Android back, home and multitasking buttons sit below- rather than on top of the screen (there is plenty of room below the screen, if not at the edges), and given its height and the size of the screen it would be nice to see the Future slimmed down further than 8.5mm. As things stand, it weighs a noticeable 190g.

A couple of nice touches supplied in the box include a clear silicone case and a Micro-USB- to USB-C adaptor. The latter is particularly useful, since it’s probable that the only USB-C cable you’ll have around the house is the one that comes in the box.

The Ulefone Future is very fast for a mid-range Android phone. It has some capable hardware inside, which includes an octa-core Helio P10 chip (the MediaTek MTK6755), the Mali-T860 MP2 GPU, 4GB of RAM and 32GB of storage (25GB is available). Should you need more storage space you can also insert a microSD csrd up to 128GB in capacity, though you do so at the expense of the second SIM since they share a slot.

In real-world use we found it up to the job of all everyday tasks, even when tasked with several at once. Launching apps isn’t instant, but it is fast, and navigation on the whole feels slick. The camera app – which is where you’d usually see the most lag – is up and ready to go in about three seconds.

Of course this is all our subjective experience, so we also run a variety of benchmarks to compare performance with that of comparable phones. We run GeekBench and AnTuTu to get an idea of overall processing performance, GFXBench for graphics power, JetStream for JavaScript performance and the Geekbench 3 battery test to compare runtime. Also see: Best phones 2016.

In our benchmarks we found performance a touch faster than the currently £60 more expensive Elephone Vowney, a Helio X10-powered phone with 4GB of RAM and a 5.5in quad-HD screen. In Geekbench 3 we recorded 3276 points against its 3299, but the Future came out on top in AnTuTu where it recorded 50,676 against the Vowney’s 49,842.

The difference in screen resolution affects graphics performance, so despite the more powerful processor inside the Vowney the Ulefone Future came out on top in GFXBench. Whereas the Vowney scored 16fps in T-Rex, the Future managed 18fps. Both recorded 6fps in Manhattan.

The Vowney failed to complete JetStream, but the Future completed the test in 27.423. This isn’t amazing, but it’s acceptable for a sub-£200 Android phone.

Our final test is for battery life, and sadly here the Ulefone Future fell down with one of the lowest scores we’ve measured. It managed 4 hours 38 minutes, and was awarded 2778 points. In our experience it will last you a day’s use, but heavy users will likely need to top up before bed time.

You can compare the Ulefone Future’s performance to all the phones we’ve recently tested in our article What’s the fastest phone 2016?

While battery life isn’t outstanding, the 3,000mAh non-removable battery inside the Ulefone Future does support fast charging over USB-C. Using the mains charger in the box (with an adaptor if you’re in the UK), you can fully charge the Future in an hour. We also appreciate the inclusion of this USB-C port in terms of future-proofing and convenience – USB-C is reversible, making it quicker to plug into the phone without needing to check its orientation.

We do like the fact the Ulefone Future supports two SIM cards (one Nano-, one Micro-), too. Dual-SIM phones are still rare in the UK, although we’ve yet to see a Chinese phone that doesn’t include this functionality. Also see: Best dual-SIM phones 2016.

As always when buying a phone from abroad you should check it supports your home country’s network bands. In the UK we use 800MHz (Band 20), 1800MHz (Band 3) and 2600MHz (Band 7) bands for 4G LTE, and it’s pleasing to find the Ulefone Future supports all three.

The only down side to this dual-SIM dual-standby functionality is that you must choose whether to use this or to take advantage of the microSD card support. With 32GB of internal storage inside the Future we think many users will get along just fine without the removable storage, however.

Other connectivity specs are fairly standard, although there is no NFC which is required for mobile payments such as Android Pay. MediaTek processor-powered phones often come with HotKnot, which is a bit like NFC, but the Ulefone Future doesn’t have this either.

It’s no surprise to find the Ulefone Future also lacks an IR blaster – these are becoming increasingly rare – though you do get dual-band 802.11n Wi-Fi, Bluetooth 4.0, Miracast, OTG and GPS.

The Ulefone Future has a 16Mp primary camera with a dual-tone flash. It’s also capable of recording full-HD video at 30fps, but this can be rather jerky with no OIS. Also see: Best camera phone 2016.

When testing the camera in Auto mode from our 7th floor roof terrace overlooking the St Pancras Renaissance Hotel we found the camera tried to focus on the sky and the hotel itself appeared very dark. Turning on HDR fixed this, but with both shots we saw a very strange effect where only the very centre of the photo was sharp. The blurring is particularly evident in the right half of the photo, but when you zoom in it’s evident everywhere except the middle section.

This is a real shame, because in the centre the camera quality is excellent. We suspect this is a software issue that an update should be able to fix.

View our Auto and HDR shots (respectively) below. (Click to view at full size.)

The camera app is rather basic, with a selection of real-time filters, but only Panorama, HDR and Normal shooting modes.

You’ll also find a 5Mp selfie camera at the front.

The Ulefone Future runs a vanilla version of Android 6.0 Marshmallow which, until Nougat is released within the next few months, is the latest version of the OS. You can read our full Android Marshmallow review here.

The only addition is a Turbo Download feature, which allows you to combine cellular data and Wi-Fi to speed downloads over 20MB in file size.