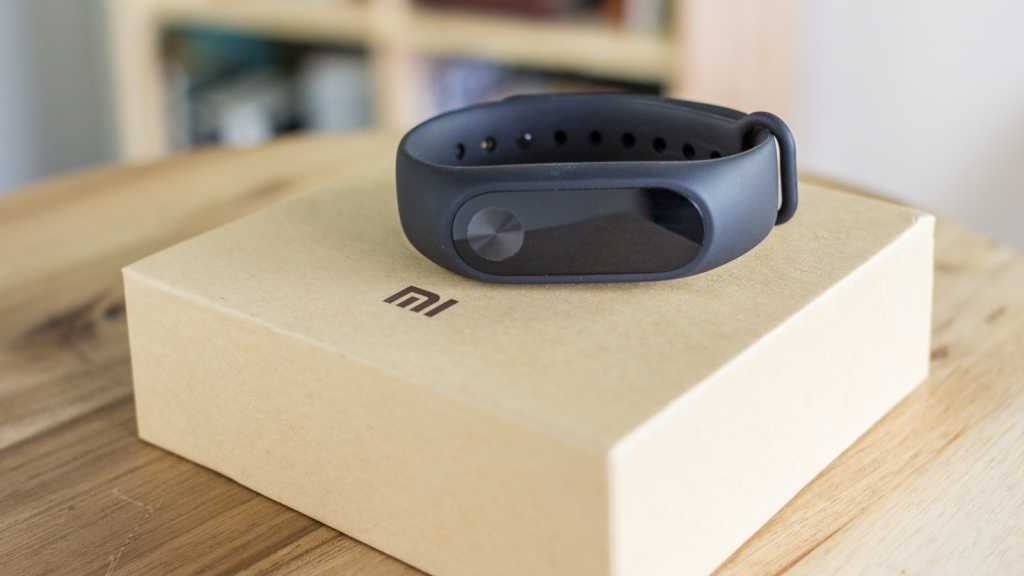 With a new OLED screen the Xiaomi Mi Band 2 offers better value than ever. We’d like to see better integration with third-party apps, but at this price the Mi Band 2 is impossible to fault.

The Xiaomi Mi Band and the Mi Band 1S were the best-value fitness bands we’d ever seen – until now. The Xiaomi Mi Band 2 adds a 0.42in OLED display that lets you monitor your steps and pulse as well as the time, without ever needing to pick up your phone. Also see: Best fitness trackers 2016

Unless you’ve ever tried to work out what three flashing lights meant on the Mi Band 1 or Mi Band 1S you won’t appreciate how useful an addition is the screen to the Mi Band 2.

Admittedly the addition of the screen results in a decrease to battery life over the original Mi Band, but it’s still a class-leading 20 days from a 70mAh rechargeable battery. That’s Xiaomi’s claim, but it’s also in-line with our experience and one reason we’re not too bothered by the lack of a battery indicator on the screen. The only real down side here is the fact the Mi Band 2 still uses a proprietary cable for recharging, so you’ll need to be careful not to misplace it.

In order to scroll through options on the screen Xiaomi has also added a button. This anodised button lies flush with the display, and is activated with a simple touch rather than a press. It’s large in comparison to the tracker itself, but we don’t think that detracts from the overall design. In fact, we think the Mi Band 2 looks much more like a premium device than the original ever did. See all activity tracker reviews 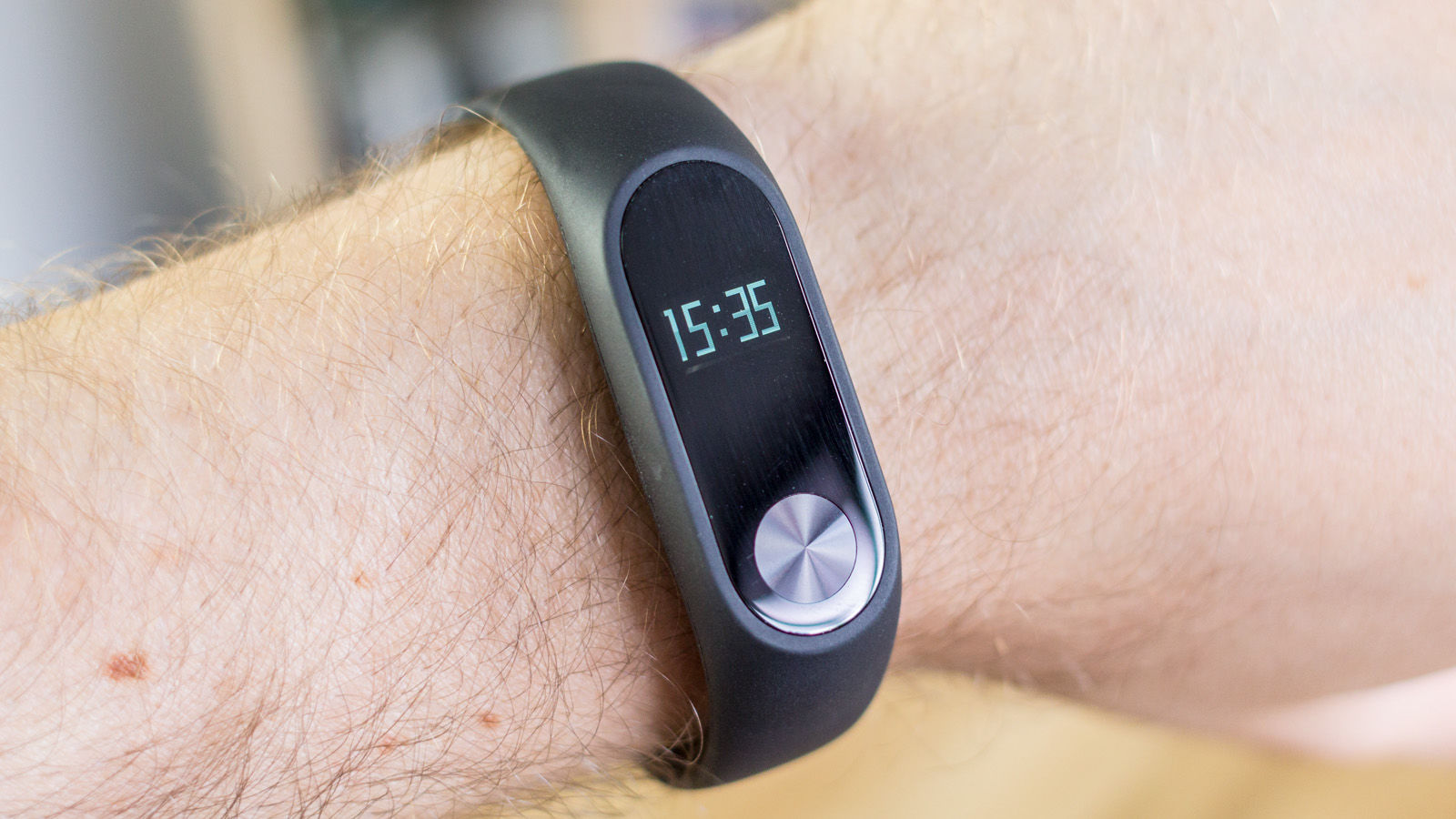 It’s not. While you’ll pay more than its RRP due to the fact Xiaomi products are not officially sold in the UK, you can pick up the Mi Band 2 for just £33.36 with free UK shipping. That’s from Geekbuying.com, which supplied our Mi Band 2 for review. (If you do buy from Geekbuying, be sure to check out our advice on buying tech from China first.)

Okay, so it’s a little higher than the price of the Mi Band 1S which, at the time of our review, cost £22.04. But even at this price the Mi Band 2 offers fantastic value. More so when you consider that Xiaomi has within this budget managed to add an OLED screen, yet not lost any of the features that made the Mi Band 2’s predecessors so great. Also see our Mi Band review and Mi Band 1S review

The Mi Band 2 retains the optical heart-rate scanner (though not the irritating green light that would constantly flash whenever you took off the band) introduced with the Mi Band 1S, and as with both bands before it the Band 2 can also track your sleep quality and length. While we can’t vouch for the quality of our sleep, its timings do seem to be fairly in line with when we think we dropped off to sleep or woke up.

The Mi Band 2 remains an incredibly lightweight fitness band. The removable tracker itself weighs just 7g, and comes with a 155- to 210mm adjustable hypoallergenic band. As before, the entire thing is waterproof (rated IP67), and lifting it to your face (as you would a watch) returns a status update. (This is still just as tricky a gesture to perfect, however.) 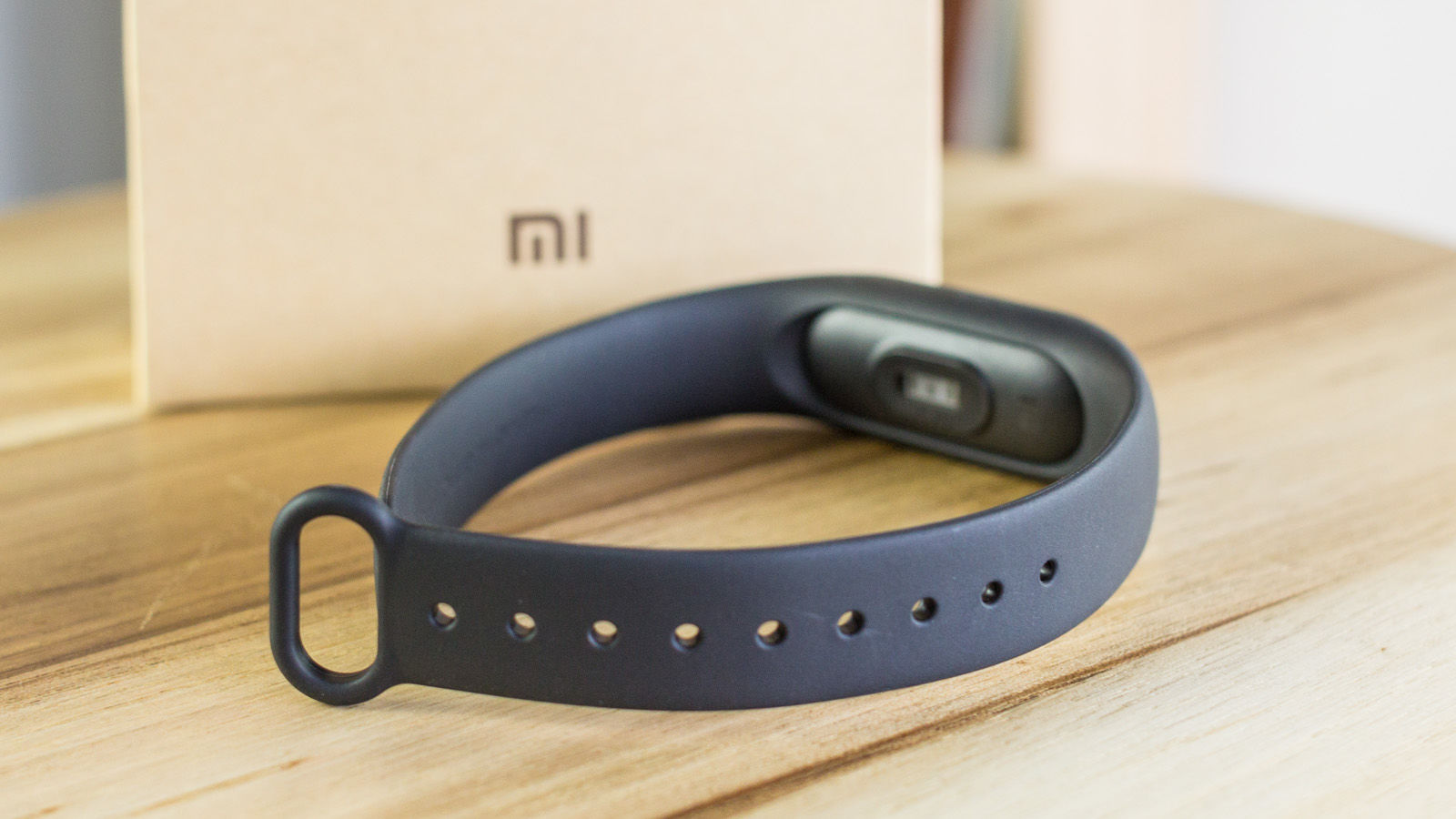 We had issues with the silicon band supplied with the original Mi Band, which over time began to weaken where the tracker was removed for charging; eventually it became unable to securely hold it to our wrist. But the polycarbonate band introduced with the 1S is much tougher. Even if you do have issues it’s relatively easy to get hold of spare bands, and these come in various colours should you not fancy the standard black version we reviewed. See all wearable tech reviews

Xiaomi says it has upgraded the pedometer algorithm for the Mi Band 2, and much to our excitement it has also tweaked the accompanying Mi Fit app. We had real headaches trying to set up the Mi Band 1S, since the software available in the UK Google Play store didn’t support the heart-rate scanner, but with the Mi Band 2 we simply logged into the Mi Fit app, paired the band and were good to go.

As before Mi Fit syncs data with the band as soon as you launch the app. It offers the usual step-, sleep-, pulse-, distance and calories burned counters, and you can track your activity, sleep and heart-rate by day, week or month. The Mi Band 2 also lets you set alarms, idle alerts and have the Mi Band 2 warn you of incoming calls and texts by gently vibrating on your arm. 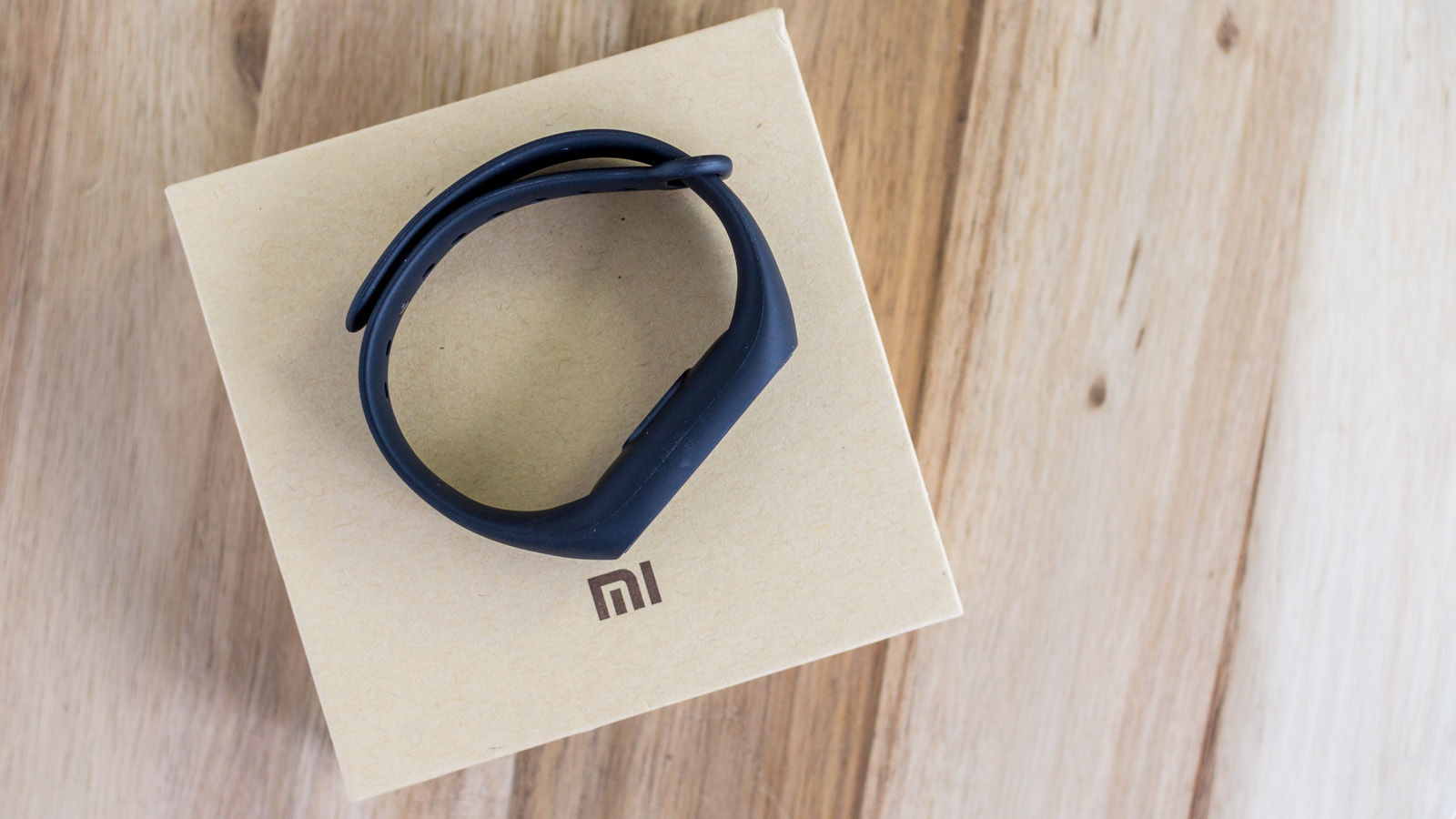 With the Mi Band 2 (as with the 1S) you can also add app notifications: you can choose up to five apps for which the Xiaomi will vibrate to alert you to new notifications. Do keep in mind, though, that the more you use this feature the lower the battery life will be.

Setting up app notifications is frustrating, since there is no order to the list of apps you can choose and Mi Fit lists every service running, but you do so only once. Worse is the fact Xiaomi hasn’t better utilised the new screen for app alerts. We accept that the display is too small for printing even just the subject line of a notification, but we’d like to see the icon of the app the notifcation relates to rather than the word ‘app’ when a new notification is received.

The one place the Mi Band 2 continues to fall down, unfortunately, is third-party app integration – at least in the UK. Though it does now tie in with Google Fit, one of the most attractive aspects of Fitbits and other popular fitness bands over here is the ability to compete with friends – we don’t think many UK users will be familiar with WeChat or Sina Weibo.

You can, of course, set your own activity and weight goals using Mi Fit, and by default you’ll get notifications when you achieve these each day. But it’s not quite the same thing.