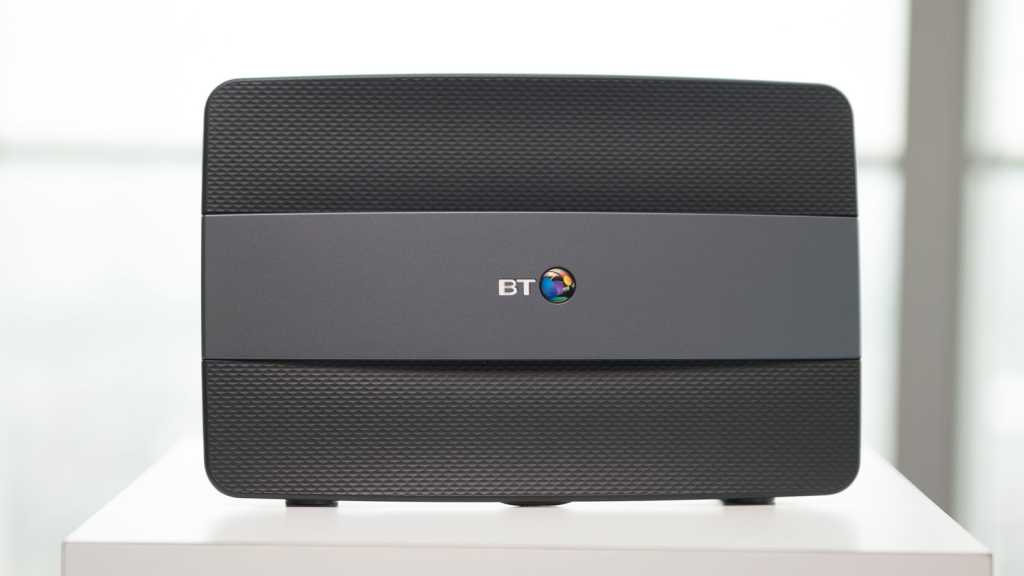 Upgrading to the Smart Hub is a no brainer, especially if you’re out of contract and aren’t planning to move to another broadband provider as it’s free. While it may struggle to provide a strong Wi-Fi signal in the largest houses with thick stone walls, it will fix Wi-Fi blackspots in the majority of normal-sized homes without having to resort to Wi-Fi range extenders or power line adapters. It’s still easy to recommend at £50 for BT customers already in a contract.

The new BT Smart Hub isn’t your run-of-the-mill ISP router offering. No, this is a major upgrade from its predecessor, the  Home Hub 5, that’s a compelling reason for BT customers to recontract. Here’s our BT Smart Hub review.

There’s now a new version, the Smart Hub 2. You can read our review of the BT Plus system including Smart Hub 2.

Here’s the good part. The Smart Hub is free. Or at least it is if you’re a new BT customer: you’ll get a free Smart Hub included in your broadband package. If you’re an existing customer on BT Infinity 2, 3 or 4 and out of contract, all you need to do is recontract for 12 months you can get one free. However, as a reader has pointed out, you’ll only be eligible if you’re paying full price. If you have any discount for BT TV, Caller Display or anything else, you will have to pay £50, plus £8 delivery.

If you’re in contract but still want to upgrade, the Smart Hub will cost you the same (but this time reasonable) £50 plus postage, a huge £79.99 discount on the standard price of £129.99 that non-BT customers will pay. However, it’s hard to imagine that anyone will ever pay full price, as the Smart Hub only works with BT broadband, so you can’t buy it and use it with TalkTalk or any other ISP.

Without getting too bogged down with the technicalities, BT has brought its router up to date by adopting the Wi-Fi tech that’s also offered by the main players in the home router world such as Linksys, D-Link and others.

The Smart Hub has more antennae – seven to be precise – which generate better Wi-Fi coverage – and it also supports MU-MIMO. Unfortunately this isn’t switched on yet, but will be in a future software update.

Those updates are installed automatically, and only when you’re not using the internet. So MU-MIMO will be enabled without you having to do anything. It’s worth noting that there aren’t all that many devices which support MU-MIMO, but it will be a standard feature soon. The Nexus 5X, Galaxy S7, Nexus 6P and the Microsoft Lumia 950 (and XL) all have MU-MIMO compatible Wi-Fi, and you’ll really see a benefit when using multiple these simultaneously.

You may think the Smart Hub’s styling is bland, but plenty of thought has gone into the design. For one thing, it has the same upright form factor as its predecessors. This is ideal for placing on a shelf or table as it has a small footprint. It also has ports and connectors in the same places as the previous few Hubs, so you can easily upgrade – the Hub 5’s power supply is the same so swapping over takes less than a minute.

Since no user details are needed, the hub will automatically connect to BT’s servers and you’ll have Internet access a couple of minutes later. (As mentioned above, you can’t use the Smart Hub with other providers: it’s preset for BT’s services.)

The thin design also means the package should fit through your letterbox, and while we wouldn’t usually mention packaging in a review, the Smart Hub’s box is recyclable and has instructions for fitting your old hub in it, and includes an address label so you can post your Hub 4 or 5 back to BT for recycling totally free.

Around the back you have a quartet of Gigabit Ethernet and, a USB 3 port for printers, storage or even power for other USB gadgets, and an RJ11 socket for broadband. Naturally, the Smart Hub supports VSDL for BT Infinity. The WAN port from the Hub 5 has gone, but few people will notice as virtually no-one will need it. (You can use one of the network ports as a WAN port if you do need it.)

As before, there’s a removable card with the Hub’s Wi-Fi network details and admin password. It’s good that every BT router uses different details, rather than some ISP routers which still ship with the same default username and password for admin access.

Usefully, the button – for Wi-Fi setup using WPS – is on the opposite side to the removable card so you won’t accidentally press it when taking out the card.

If you do need to change any settings (there’s certainly one we recommend) then the user interface is easy to use. It has been improved since the Hub 5, with the main screen showing a series of purple boxes giving you a handy at-a-glance overview of broadband status, Wi-Fi status, connected devices and quick options for the router’s LED, which can be dimmed or turned off on a schedule – a thoughtful inclusion.

The Broadband performance test button is a bit misleading as it simply links through to BT’s website rather than offering an immediate option to test your connection speed.

Clicking on any box gives you a more detailed breakdown, and you’ll need to enter the password to change anything in the Advanced settings section.

If you don’t fancy changing the Wi-Fi password on the phones, tablets and other Wi-Fi gadgets in your home to connect to the new router, it’s easy enough to change the Smart Hub’s SSID and password to match your old router: most devices will reconnect without any problems.

As well as the router, BT bundles in a few extras including parental controls, antivirus and at least 100GB of free cloud storage. Each time a new device connects the Smart Setup automatically kicks in – it’s easy to disable this from the router’s home screen in your web browser.

Although the settings aren’t as extensive as some routers, there’s still enough here for people who like to tweak. Most people will never need to change any settings, but you can assign specific IP addresses to devices, such as a NAS drive or network printer.

We recommend you go into the Wi-Fi settings and toggle the ‘Separate bands’ button. By default, the Smart Hub gives both the 2.4GHz and 5GHz networks the same name, so you never know which one your device is using. Although the Hub has an improved smart channel selection, it can be better to choose between 2.4GHz and 5GHz yourself, especially if you’re having problems.

It’s unlikely that you will, though, as the Smart Hub has by far the best Wi-Fi performance of any Home Hub – and most likely any current ISP router. Even without MU-MIMO enabled, we saw superb speeds in our tests, particularly using 802.11ac.

In our long range test, through two walls and 30m away, the Hub 5’s speed dropped to 10.8Mbit/s and the signal was very weak. The Smart Hub’s signal was still pretty good, and it still achieved 21.4Mbit/s at this range.

While we didn’t extensively test the USB port’s capabilities, it’s worth noting that there’s no security for any devices connected: if you give someone your Wi-Fi password they would be able to access the contents of a USB hard drive. It’s a shame there’s no separate guest network, although as with all BT routers, there is the separate Fon network which guests can sign into using their own BT username and password.

Read next: How to improve Wi-Fi in your home