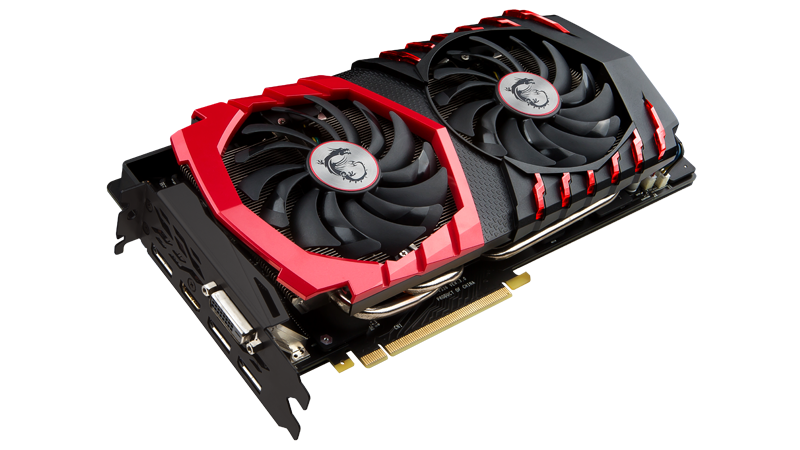 At £419.99, the MSI GeForce GTX 1070 Gaming X 8G costs significantly more than the £374.99 you would be paying for a ‘vanilla’ 1070, but it offers much more in terms of both performance and features, and is still some way off the price of a GTX 1080. If you can’t afford a GTX 1080, or would simply like to save some money, this is an excellent high-performance graphics card.

The blistering performance and advanced features of Nvidia’s best graphics card, the GTX 1080, may be taking all the glory right now. But, it’s often the next step down in the range which can offer the best bang for your buck. Here we review the MSI GTX 1070 Gaming X 8G, a card based on the less expensive GTX 1070 design, but pushed way beyond what the standard Nvidia model can deliver. Also see: Best graphics cards 2016.

At the time of writing the MSI GeForce GTX 1070 Gaming X 8G was available from several online retailers including eBuyer, Dabs, Scan and Overclockers, but it’s cheapest at eBuyer at £419.99.

Based on the same ‘Pascal’ technology as the GTX 1080, albeit with somewhat toned-down specifications, a standard GTX 1070 is plenty fast enough for all but the most demanding of gamers.

It comes with all of the new Pascal features, including massively improved Virtual Reality performance, power efficiency and general gaming performance that simply wipes the floor with Nvidia’s previous generation of cards. Not only does it leave the GTX 970 in the dust, it also sails past the GTX 980, even outperforming the previous flagship GTX 980 Ti in many cases. It does all this at a much lower price too. Also read our review of the GTX 1080 Founder’s Edition. 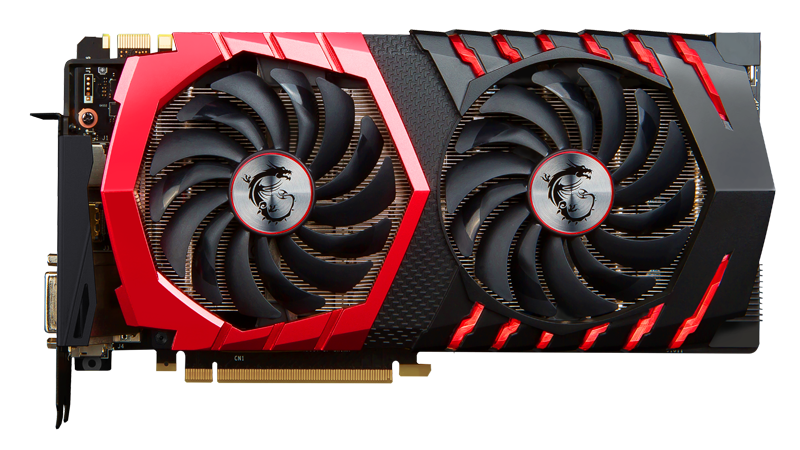 Other than that, the specs and features are largely the same: Pascal’s 16nm FIN-FET process keeps power consumption low (150W vs 250W for the GTX 980 Ti) and Simultaneous Multi-Projection, Lens Matched Shading and Single-Pass Stereo technologies offer huge advantages for VR gaming where scenes must be rendered from different viewpoints simultaneously. The GTX 1070 can also take advantage of Nvidia’s new high-bandwidth SLI bridge for extra performance efficiency in dual-card setups.

However, the GeForce GTX 1070 Gaming 8G is a very different beast from Nvidia’s original reference model. Sitting close to the top of MSI’s extensive range of GTX 1070 products, this card has undergone not just an upgrade from the reference model, but a complete redesign including several custom features as well as a significant boost in performance. See all graphics card reviews.

Perhaps the most obvious difference is the sheer size of it. It’s simply huge next to the Nvidia model: built on a custom PCB measuring 140mm by 279mm, it’s longer and much taller. The increase in size provides a larger surface area which assists with cooling. It also comes with both an 8-pin power connector and a 6-pin power connector, where the Nvidia card offers only the former. This allows the card to draw extra power when overclocked in order to reach higher speeds.  Click here for more games news and reviews 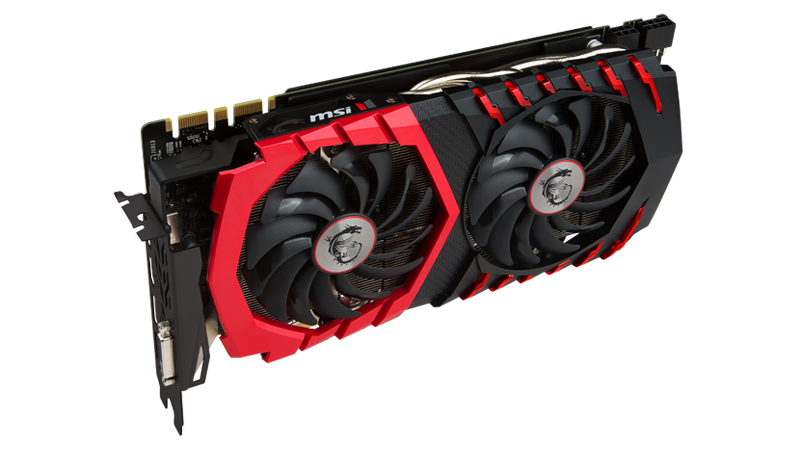 Equally striking is the pair of large cooling fans, the most visible component in the ‘Twin Frozr VI’ cooling system, which MSI claims runs 35% quieter and 20% cooler than Nvidia’s stock cooler. When you’re not gaming, the card can operate completely silently by stopping the fans entirely if the operating temperature falls lower than 60 degrees Celsius. The rear of the card is fitted with a mat black backplate which also protects components from accidental damage. Also see: GTX 1070 & 1080 v AMD RX 480.

Other enhancements only become apparent once the card is in use: MSI’s gaming app lets you quickly select from three different performance modes, and also allows you to tweak the cards full-colour LED lights to the colours of your choosing. If you want to make this sort of adjustment while actually gaming, you can use the free Android app instead, which offers similar functions without disturbing your full-screen game.

You can, of course, take manual control of the card’s clock speeds to push the performance even further and MSI’s Afterburner overclocking utility is included to let you tweak away to your heart’s content. 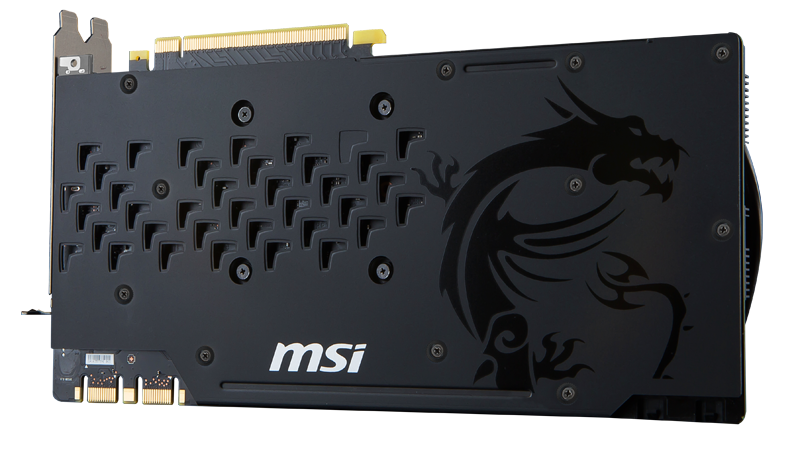 The MSI GeForce GTX 1070 Gaming X 8G is built for speed and the modified hardware design allows for enhanced performance over the standard Nvidia design, with the fastest available mode taking the base GPU clock from 1506 MHz up to 1607 MHz, while boost mode speed increases from 1683 MHz up to 1797 MHz. In this mode, the MSI card is actually running with faster clock speeds than a GTX 1080.

The effect on gaming frame rates is noticeable, with the MSI GeForce GTX 1070 Gaming X 8G convincingly outperforming the GTX 980 Ti and even coming close to the GTX 1080 Founders Edition in many results. With minimum frame rates of around 70 fps right up to 2160 by 1440 in Ultra settings in Thief, it’s not until you make the jump to 4K that the GTX 1080 really starts to pull ahead. The MSI card drops further behind the GTX 1080 when we swap to Alien Isolation, but frame rates are high enough for silky-smooth gameplay at all resolutions, including 4K.

The MSI GTX 1070 Gaming X 8G serves both as a worthy replacement for the GTX 980 Ti and as a more cost sensitive alternative to a full-blown GTX 1080. Depending on your available budget, you may prefer to go for the standard “non-X” version of the card with slightly lower clock speeds, or the top-of-the-range Gaming Z model, with even faster overclocking and an RGB illuminated backplate.