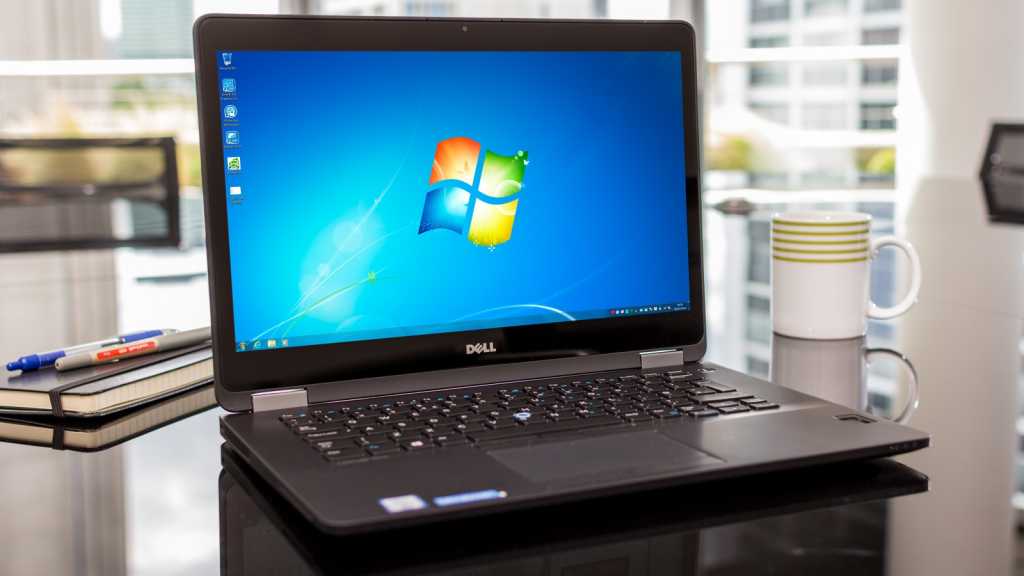 The Latitude 14 7000 series has a well-rounded flagship in the Latitude E7470. Its features are unremarkable in the business laptop world, but then again, it does everything you want it to do in exactly the way you expect it to. Often, when it comes to getting work done, that is precisely what you need.

Sometimes, when it comes to getting work done, there’s only one option. For the past decade that option has been business-minded, high power workhorse laptops and, latterly, laptops’ thinner cousins ultrabooks. Thinner doesn’t necessarily mean fewer bangs for buck, but not all ultrabooks are up to the task of becoming the mobile workstations of huge enterprise companies. We took a look at Dell’s latest 14in series ultrabook, the Latitude E7470, to see if it was up to the task. Here’s our Dell Latitude 14 7000 review.

A well-rounded business laptop don’t come for free, as the popular adage goes. Starting at £1,039, the Latitude 14 7000 series proves that. That price gets you an Intel Core i5 processor with 4GB RAM and a 128GB solid state drive (SSD).

The model we tested was a Core i7 with 8GB RAM and 256GB SSD – this will set you back £1,289. Our unit also came with Windows 7 Professional pre-installed, and you’ll have to pay more for the Windows 10 version at the time of writing, though it is still available as a free download until 29 July 2016.

The entire Latitude 14 7000 series is available direct from Dell.

For any business professional, the Latitude E7470 will leave a pleasingly familiar impression. Matte black finish, pointing stick, finger print scanner and a plethora of ports allows this laptop to slide into your work life with little learning curve. There’s no disk drive here, but no ultrabook has one, and the space saved is used to house the SSD. This means no moving parts and hopefully less heat kicking out of the laptop during intense working periods, to which we can attest – the Latitude E7470 doesn’t get too hot to hold like the workhorse laptops of old.

The chassis of the laptop bears an attractively subtle cross-stitch pattern on the lid, and when closed this is as slim as a professionally inclined 14in ultrabook is in 2016. It’s no skinny mini though, and does still feel monolithic compared to a 13in MacBook Air or even Dell’s XPS 13 .

One thing the laptop isn’t is flimsy. Weighing in at a manageable 1.42kg, the base is also less than an inch thick when open, with those dimensions 0.76 x 13.19 x 9.13in. Our model’s display is also non-touch, but that’s no bad thing; often touch displays can confuse the ease that Windows can bring to daily tasks.

The Latitude E7470 doesn’t mess about when it comes to ports. Some are unusually housed on the rear side of the laptop, but this is to ensure the sides remain as slim as possible. You’ll have all your connections to hand, including Ethernet, SIM, HDMI, mini-DisplayPort and security cable slot. All three USB ports are USB 3.0 standard for fast transfer speeds, and there’s the option at point of purchase to upgrade the Wi-Fi capabilities so that they can handle 1.3Gbps transfer speeds for sending those extra huge .zip files.

Much like the smaller Latitude 12 7000 series, the keys on the full size keyboard are a tad concave to allow for comfortable, precise touch typing. We found hammering out a day’s work of long-form writing to be very comfortable, and the keys give solid feedback that shows the quality and thought of the laptop. If there’s one niggle it’s that sometimes the keys can feel a sliver too far apart, which did make for a few typos. If possible we’d recommend spending some time in-store trying out the setup.

There’s a pointing stick and secondary left and right click button if you still use that method of navigation, and the regular trackpad is big enough for comfortable use of Windows 7 without the need for a plug-in mouse. You do of course have that option, particularly if you’re going to be using the Latitude E7470 at a desk or as your main work computer.

The display on the Latitude E7470 isn’t Full HD, but at 1366×768 it’s not the end of the world. Icons and text are sharp and the colour reproduction is great, if a little over-saturated. Windows 7 defaults to a text size that we found slightly too small and fiddly, but it was easily remedied with some settings tweaks.

Our model was non-touch, and this seems to be standard across the Latitude 14 7000 range – however, we don’t think you’d benefit from a touchscreen on this laptop anyway, so the physical space and extra expense spared is welcome.

Much like its smaller Latitude 12 cousin, the Latitude 14 7000 series laptops ship with Windows 7 Professional. Despite showing it’s age at six years old, it remains a solid operating system, and anyone in the world who has used a PC will be flying around the laptop in no time.

Should I upgrade to Windows 10?

How to install or upgrade to Windows 10

How to stay on Windows 7 or 8 forever

As you’d expect from a Core i7 machine, the Latitude E7470 is a serious workhorse. Multi-tabbing and multi-tasking is absolutely no problem, but for the specs and the price this should be a given. Any business owner considering this machine to power its workforce will be hard pressed to find a more capable laptop for crunching through the most memory-intensive tasks.

It performed admirably against high-end devices like the Surface Book as evidenced by the benchmarks we have listed here (the higher the better). Even if you opt for the lower-spec Core i5 Latitude 14, you would still expect excellent performance. Check out our review of the Latitude 12 7000 here, which had a Core i5 processor.

Battery life is vital to a user who might be away at a conference away from power for extended times, and the Latitude E7470 performed well, but slightly below its 12in cousin. Under our usual conditions for battery tests, looping video with the screen brightness set to 120cd/m, the Latitude 14 conked out after exactly eight hours. This is still good going, but when you consider the Surface Book managed, incredibly, over double that at 16 hours, this isn’t the business computer to go for if you need the power to not let you down on a day out.