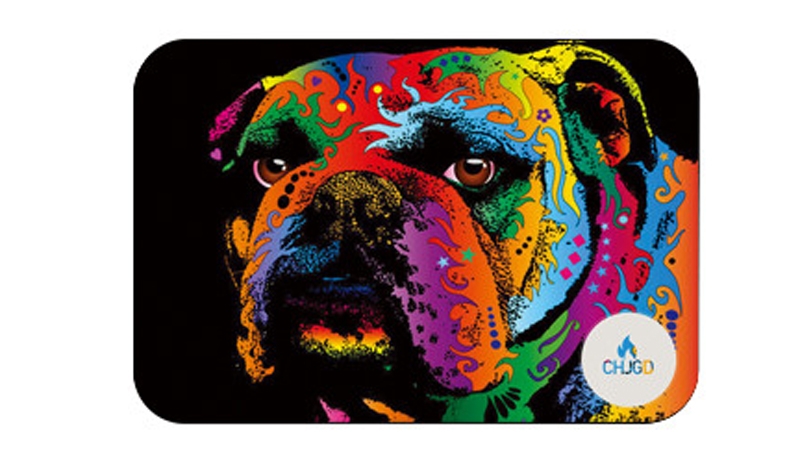 CHJGD is doing what it can to bring some colour to the functional-looking power bank market with the bulldog-inspired UltraCompact Power Bank. It has useful capacity, and it is affordable and easily portable. A great buy if you’re in the market for a portable charger you can slip into a pocket.

Having waded through a sea of boring black plastic  power banks, the cool-looking CHJGD UltraCompact Power Bank offers welcome relief. The colourful bulldog design might not be to your taste, but CHJGD also offers options including a Lamborghini, Marilyn Monroe and a sunflower design. Also see: Best power banks

These are each available from its online store at £24.99, or you can pick them up slightly cheaper at £19.99 from Amazon UK. Note, however, that at the time of our review the bulldog option was out of stock at Amazon. Also see: How to charge your phone’s battery faster

CHJGD hasn’t simply added a graphic in an effort to improve power bank design, it’s also incorporated a soft-touch rubber casing and managed to squeeze into a tiny shell just 93x19x63mm and 181g a 10,000mAh battery. It says this is the world’s smallest 10,000mAh power bank, and we can’t think of one that’s smaller. Even the tiny Anker PowerCore 10,000mAh is a little larger at 92x60x22mm and 188g.

One thing the Anker does better, though, is fast charging. It includes a Quick Charge 3.0 USB output, and a 10W Micro-USB input. By comparison this CHJGD has a 10.5W USB output and only a 5W Micro-USB input, although it does have intelligent technology that allows it to recognise the device and deliver the optimum amount of charge. The input in particular is slow, so this power bank will take longer than the Anker to both charge an attached device and refill its own battery – expect the CHJGD UltraCompact Power Bank to fill up in between three- and five hours depending on the specification of your USB charger.

In its favour, though, you can simultaneously charge both the CHJGD UltraCompact Power Bank and an attached phone or tablet from a single mains outlet. This is known as passthrough charging, and it is not something the Anker supports. Also see: How to improve smartphone battery life

We were also pleased to find the CHJGD supports auto-on, which means you simply plug in a phone and it will start charging without you needing to fiddle around with any buttons. The cable supplied is also a nice one, a flat Micro-USB cable with a Lightning adaptor for charging an iPhone, although no carry case is provided. We don’t think you’ll need one, however, since the CHJGD feels reasonably tough, and it’s not so big and cumbersome that it is likely to fall from a pocket or out of your hands.

The industry-standard efficiency for power banks lies somewhere between 65- and 70 percent, which means from a 10,000mAh power bank such as this you should expect at least 6,500mAh of available power. That would refill any iPhone three to four times, and most Android phones two to three times. We doubt many users would need more power than this in a single day. Also see: Best MiFi

Four tiny LEDs sit to the side of the USB output alongside the tiniest power button we’ve ever seen. We like that it’s so small, though: with support for auto-on a power button is useful only to check how much power remains inside the bank.