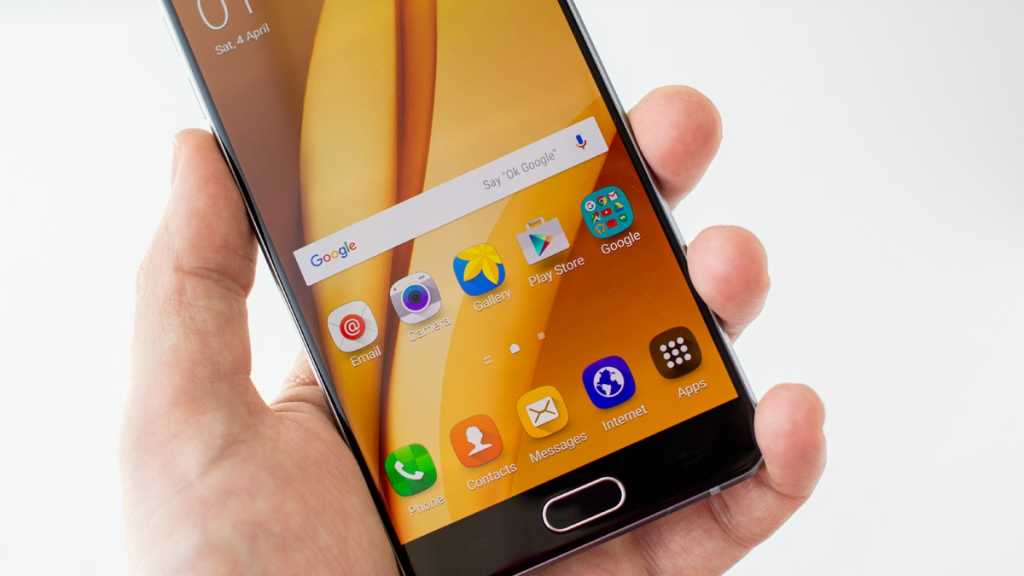 The new Samsung Galaxy A7 for 2016 is a great-looking upgrade over its predecessor, with outstanding battery life and a few other welcome tweaks, but there is no escaping the fact it is overpriced at £399. That’s even more apparent when you consider the better-specced, more fully featured and significantly faster Galaxy S6 is available for £40 less.

The A-series is Samsung’s mid-range smartphone line-up. Refreshed for 2016 it includes the Galaxy A3, Galaxy A5 and Galaxy A7, which are differentiated by their screen size, core hardware and battery capacity. Also read our Galaxy A3 2016 review and Galaxy A5 2016 review.

Take the Galaxy A7 (2016) reviewed here. It’s difficult to get hold of in the UK, although our review model was supplied by Mobile Fun which charges £399. That’s £40 more expensive than the £359 Samsung Galaxy S6 ( Amazon UK) which, aside from battery life, offers significantly more for your money. Read our Galaxy S6 review.

It’s also more expensive than the Samsung Galaxy A5 (2016), which is easier to get hold of (and therefore cheaper), and has largely similar specifications and performance. Mobile Fun stocks the A5 at its £289 RRP, but you can find it cheaper elsewhere. For example, the Galaxy A5 currently costs £194.94 at Amazon UK.

Our first impressions are that you’d be crazy to buy the Galaxy A7 over either the Galaxy A5 or Galaxy S6, but it is possible you might find a better deal with the A7 on contract. Let’s take a closer look at the Galaxy A7 to see exactly what it has to offer. Also see: Best phones 2016.

Samsung couldn’t have done a better job in updating its A series for 2016, at least in terms of design since not a lot else has changed. Gone is that cheap-looking plastic and in its place is a premium design with a metal frame and glass front and rear to match its S series. More specifically, it’s a match for its 2015 flagship, the Galaxy S6, which helps to differentiate it from the curvier 2016 Galaxy S7. Also see: Best Android phone 2016.

It’s not unwieldy, but the Galaxy A7 is the largest model in the A series, and slightly bigger than the Galaxy S6 with a 5.5in screen. As was the case with its predecessor, there’s a full-HD resolution of 1920×1080 pixels that is crystal clear but also lower than the Galaxy S6’s Quad-HD. It’s the same resolution as is seen on the 5.2in Galaxy A5, but stretched over a larger area the pixel density is reduced (but not enough for you to notice the difference).  Also see: Best Samsung phones 2016: What is the difference between Galaxy Note, Galaxy S, Galaxy A and Galaxy J?

In common with the Galaxy S6 this is a SuperAMOLED panel, which is our favourite kind of screen tech. It produces vivid, saturated colours and deep contrast, while delivering ample brightness and infallible viewing angles. Super AMOLED is also a good friend to long runtime, and the Galaxy A7 gave a better performance in our Geekbench 3 battery life test than any phone we’ve tested.

At 5.5in the screen is an ideal size for viewing media and playing games, yet the phone itself isn’t a great deal larger than the screen. There are very slim bezels to the left and right edges, but a bit more space up top and down below due to the physical home button (now with fingerprint scanner built in), speaker, front camera and sensors. Also see: Best phablets 2016.

Like the S6 a SIM slot sits below the power button on the phone’s right side. It’s joined by a microSD slot – one big advantage over its S-series rival – while a second SIM slot sits at the top of the device in the same place as the Galaxy S7’s. We’re not entirely sure why the two SIM slots had to be separated, but it works.

The new Galaxy A7 for 2016 is a bit chunkier than its predecessor, at 7.3mm against 6.3mm, but it also packs in a higher-capacity (but non-removable) battery, now up to 3,300mAh from 2,600mAh. As we noted earlier battery life is outstanding, so this really isn’t something we can grumble about – especially given that 7.3mm is still incredibly thin.

The primary camera juts out every so slightly at the rear, but not enough to cause the phone to wobble uncontrollably when used on a desk or other flat surface. We’re pleased to find that the single speaker is located at the bottom rather than the back, and also that despite all that glass the Galaxy A7 still feels reasonably tough thanks to its Gorilla Glass 4 protective armour. See all phone reviews.

The Galaxy A7 is capable, but we’re not convinced performance is good enough for Samsung to justify a circa-£400 price tag. If you want the fastest phone you really need to turn to Samsung’s Galaxy S series.

With its 1.6GHz Exynos 7850 octa-core chip, 3GB of RAM (up from 2GB and an extra gig over the Galaxy A5) and Mali-T720 MP2 GPU the Galaxy A7 is up to casual gaming, video streaming and everyday smartphone tasks.

You would expect the A7 to be the fastest phone in the A series – and it is, but surprisingly only just. As with the screen’s clarity, you really will not be able to tell the difference.

In Geekbench 3 and AnTuTu general processing performance benchmarks the A7 performed only slightly better than the A5, but significantly lower than the S6. It was the same story with the JetStream JavaScript benchmark, GFXBench graphics tests and even Geekbench 3 battery life.

Let’s not do down that last point, though: with 11 hour 49 mins the Samsung Galaxy A7 2016 sits at the top of the smartphone pile for runtime. We have not tested a phone that has managed to last longer in this benchmark.

Pleasingly the Galaxy A7 also supports Samsung’s Adaptive Fast Charging technology, but unlike the Galaxy S6 there’s no wireless charging.

In the chart below you can see how the Galaxy A7 performed in comparison to the Galaxy A3, Galaxy A5, Galaxy S6 and Galaxy S7. For comparison with other brands of smartphone check out our article What’s the fastest smartphone 2016?

Storage is still stuck at 16GB internal, which isn’t anything to shout about at around £400. However, we appreciate the ability to add a 128GB microSD card to bolster the internal storage capacity, plus the fact Samsung – unlike so many other phone makers – doesn’t force you to decide between microSD and a second SIM. 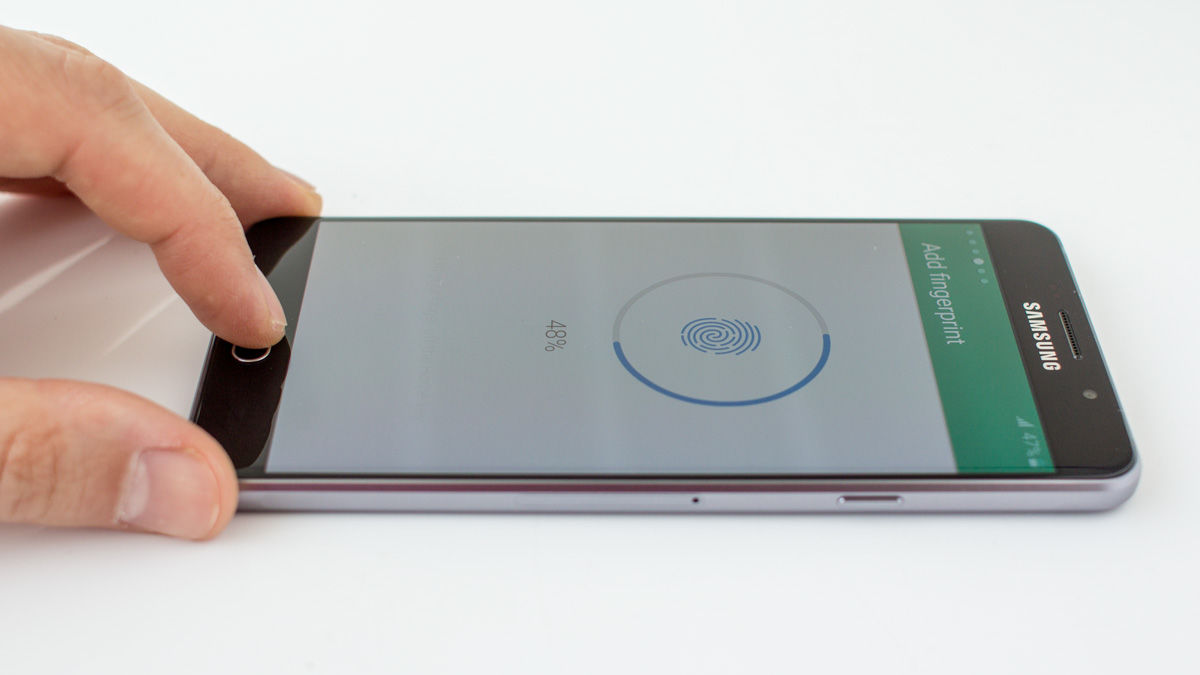 One of the best things about the Galaxy A7, aside from its design, is its dual-SIM functionality. This is almost unheard of with UK phones, but there’s no reason why us Brits are any less likely to want to separate calls for work and leisure or take advantage of cheaper local plans when abroad. For many people who won’t want to take their chances with a Chinese dual-SIM phone, the Galaxy A7 will be attractive. (Note that a single-SIM version of the Galaxy A7 is also available.) Also see: Best dual-SIM phones 2016.

We mentioned earlier that the new Galaxy A7 has a fingerprint scanner built into the home button, and this is quick to recognise input. You’ll also find standard connectivity features including dual-band 802.11n Wi-Fi, Bluetooth 4.1, NFC, GPS and GLONASS. You won’t find the Galaxy S6’s extra features such as a heart-rate scanner here, but we don’t suppose the loss of that gimmicky feature would put off too many customers.

The Samsung Galaxy A7 is fitted with the same cameras as the Galaxy A5, which means there’s a 13Mp, f/1.9 camera with a single-LED flash at the rear, and a 5Mp, f/1.9 selfie camera at the front. As it did when it upgraded the Galaxy S5 to the Galaxy S6, Samsung has added optical image stabilisation. Everything else is the same. Also see: Best phone camera 2016.

Unsurprisingly, we found the same photography performance as we did from the Galaxy A5: The camera isn’t as good as the 16Mp model found in the Galaxy S6, but it does capture a fair amount of detail (you can make out the Midland Road street sign in a photo captured from our 7th floor roof terrace, for example), with accurate exposure and the lens is sharp right to the corners.

The camera app features various modes including HDR, Pro, Continuous Shot and Panorama, or you can shoot full-HD video at 30fps.

Check out our test shots of St Pancras Renaissance Hotel below (first with auto settings and second with HDR).

As we prepare for the launch of Android Nougat, it’s disappointing to find the now two-year-old Android Lollipop 5.1.1 OS preinstalled on the Galaxy A7. We hope it will be updated to Android Marshmallow, which can now be found on its flagship S series, although we wouldn’t necessarily hold out for a future upgrade to Nougat.

The TouchWiz UI is overlaid, but with few of the features found further up the range. For example, there’s no Smart Stay, no Pop-up view and no Multi-View Window, nor the new screenshot functionalities seen in the S6 and S7. You might like the Galaxy A7’s dumbed-down Easy mode for novice users, and Smart alert, Easy mute and Palm swipe to capture gestures.

TouchWiz differs from standard Android most noticeably in the drop-down notification bar, with a row of circular quick-acess toggles and shortcuts to S Finder and Quick connect, the layout of the Settings menu, and the extra apps installed by Samsung. And there are rather a lot of these, from Samsung’s own apps for browsing the web and playing media to Microsoft apps for Word, Excel, PowerPoint and OneNote, and the likes of S Health and the Galaxy Apps store. Of that 16GB of internal storage you can expect to have around 9GB available to you.