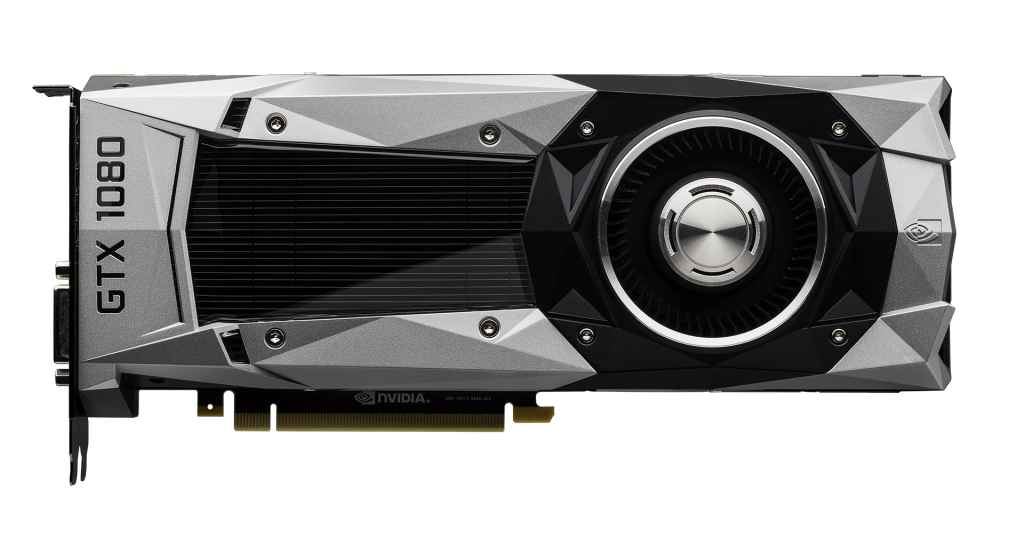 The Nvidia GeForce GTX 1080 Founders Edition is an excellent high-performance buy – but only if you don’t compare it against another GTX 1080. It isn’t likely to be the best choice if you care about value for money or if you would prefer at least some level of assistance overclocking the card to achieve best performance.

Nvidia’s latest flagship gaming card, the GeForce GTX 1080, is causing a stir in the gaming community – and rightly so. Built on the latest ‘Pascal’ architecture, it delivers huge performance gains, boosted VR capabilities and much improved power efficiency over over the previous ‘Maxwell’ models – all without a corresponding jump in price. See also: GTX 1080 vs GTX 1070 comparison

The usual suspects have built their own versions of the card, but first out of the gates is Nvidia’s own reference design of the board, known as the “Founders Edition”.  It means it’s the ‘reference’, or stock design. You can buy it for £619 directly from Nvidia, or from other retailers. Also see our GTX 1070 review.

Some manufacturers have chosen to release their own Founders Edition boards, such as PNY, which you can buy from Overclockers UK for £619.99.

In times past, Nvidia would design and build reference boards as a model for third-party manufacturers to copy and to form a basis from which customised versions would eventually be developed. In the case of the GTX 1080 and its little brother, the GTX 1070, these boards have been dubbed “Founders Edition”.

Reference boards are usually the most basic version you can get, but for the 1080 and 1070 Nvidia has instead built over-engineered versions with improved power circuitry and an advanced vapor chamber cooler. Unfortunately, this has also pushed the price significantly higher than a typical reference board, higher even that many factory overclocked versions you can buy from other vendors, such as MSI’s GTX 1080 which costs £559.99..

The Founders Edition boards ship with stock clock speeds meaning you’ll need to overclock it yourself if you’re determined to push it right to the limit. It doesn’t come with any bundled software utilities either, so you’re on your own when it comes to finding such tools.

If you’re in the market for a GTX 1080, it’s quite likely you’ll be upgrading from a GTX 980 Ti. Here’s how the two cards compare.

On the memory side, the bus width is narrowed to 256 bits, down from the GTX 980 Ti’s 384 bits. However, with 8GB of GDDR5X memory rather than 6GB of standard GDDR5, you get more room for your high quality textures at ultra-high resolutions, plus a faster memory speed of 10Gbps, up from 7Gbps in the GTX 980Ti. Speaking of ultra-high resolutions, the GTX 1080 is now capable of displaying up to 7680×4320 pixels at 60Hz.

Despite these extra capabilities, the GTX 1080 actually uses remarkably little power: rated at 180W, it’s a great deal more efficient than the GTX 980 Ti which will happily guzzle 250W. If you’re just upgrading your graphics card, such power differences may not mean much to you, but if you’re building a new system Nvidia claims you will now be able to get away with just a 500W power supply, rather than a 600W one and you’ll only need a single power connecter for the graphics card, rather than the two required to power a GTX 980 Ti. This further cuts down on the cost and complexity of new high-end PC systems – which has to be a good thing.

This increase is efficiency is partly due to do a significant shrinking of the processor technology from 28nm to 16nm, which allows for the higher clock speeds and lower power requirements that Pascal delivers.

However, Pascal isn’t just about out-pacing the 980 Ti on existing games. It also provides some new features which developers can exploit for even greater performance gains, particularly in the area of Virtual Reality (VR). With new technologies, such as Simultaneous Multi-Projection, Lens Matched Shading and Single-Pass Stereo, the Pascal architecture is able to render scenes from multiple viewpoints simultaneously, correct for lens distortions in VR headsets and render different images for the left and right eye at the same time.

These technologies will eventually enable significant performance improvements, but currently even a GTX 980 Ti is already able to completely max out the SteamVR Performance Test benchmark, so we’ll be waiting for more demanding applications to appear before the real benefits will be felt.

We tested the card as shipped without any manual overclocking, but even so, this card is very fast. As we’ve mention already, the VR performance is quite literally off the charts, so let’s take a look at how it performs at traditional monitor-based gaming.

When compared to the GeForce GTX 980 Ti, the GTX 1080 Founders Edition delivers a noticeable step up in performance, with the gap between the two widening as quality settings and resolutions increase. You will be able to play at 2,560 x 1,440 or even 4K with some games, at Ultra quality settings. With the advent of Dynamic Super Resolution (DSR), these ultra-high resolutions can be scaled down to run on lower-resolution monitors, meaning you don’t have to have the latest 4K display to be able to take advantage of the extra power of the GTX 1080.