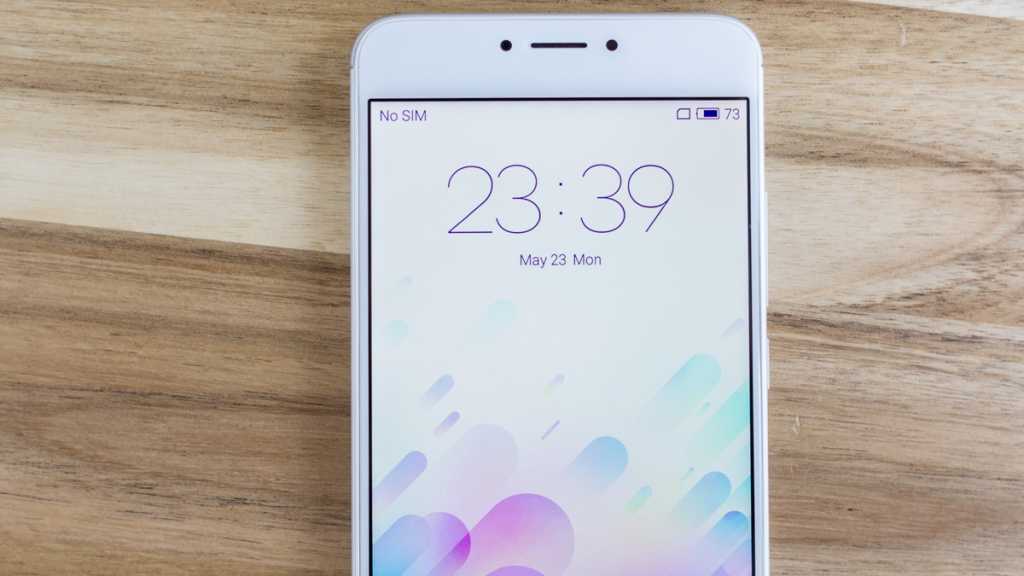 The Meizu M3 Note is a great phone, with outstanding battery life and a nice metal unibody design, but it isn’t a patch on the Xiaomi Redmi Note 3, which is faster and comes with a better camera, more up-to-date software and, importantly, a cheaper price tag. That said, it’s difficult for us to recommend to UK users (particularly novice UK users) the Meizu M3 Note over other budget Chinese smartphones we’ve tested, given that Google Play is not preinstalled and so much of it has not been adapted from Chinese.

We’ve been looking forward to testing a Meizu phone for a while and, although the M3 Note is impressive for the money, it’s not a patch on the similar Xiaomi Redmi Note 3. We weight up the pros and cons of the Meizu M3 Note, and put it head to head against the Redmi Note 3. Also see: Best budget smartphones 2016.

Our Meizu M3 Note was supplied by GearBest, which currently charges £142.50 with free shipping to the UK. (Note that you may have to pay import duty – see our advice on buying from China.) Conversely, GearBest stocks the Xiaomi Redmi Note 3 for £116.76, which offers even better value still. Also see our Xiaomi Redmi Note 3 review, and keep your eyes out for our Xiaomi Mi Max review next week.

These are both Chinese phones and, as such, you’ll find some preinstalled Chinese-language apps (all of which can be uninstalled) and in our experience you will get some notifications you can’t read. This isn’t a major issue, since you can still preinstall any English-language apps you wish to use, but you will need to install Google Play first. Of all the Chinese phones we have tested, it’s fair to say the Xiaomi and Meizu are the least well adapted for UK consumers (which is totally fair enough, since they aren’t officially sold here). However, they’re also among the nicest…

Given its sub-£150 price, the M3 Note has a great build. It’s crafted from 6000-Series Aluminium alloy, with a unibody design that feels tough and well-made. A 2.5D glass screen lies flush, as does the rear camera sensor, and rounded edges make the phablet feel relatively comfortable in the hand, given its size.

It still feels a little chunky, though, at 8.2mm and 163g, but this we can forgive given the generous 4100mAh battery (long runtime is a huge plus point) and large 5.5in full-HD screen. It’s a few millimetres taller than the Redmi Note 3, which puts its fingerprint scanner on the rear, whereas here it’s built into the physical home button.

There are no back or recents buttons, though, which we found incredibly difficult to get our heads around, and a feature of iPhones that we strongly dislike. It is possible to activate a Smart Touch floating button that can be customised to offer these options, but it’s really not the same thing. Also see: Best Android phones 2016.

Aside from this you’ll find everything where you would expect, from the power button and volume rocker on the right edge to the dual-SIM tray on the left and headphone jack on top. One area the Meizu gets one up on the Xiaomi is with the bottom-facing speakers (the Redmi places this on the rear), with two grilles sitting either side of the Micro-USB port.

Full-HD panels of this size aren’t overly common in budget phones, and even budget Chinese phablets will often specify only HD screens. It matches the Redmi Note 3 with a 1920×1080-pixel resolution, which equates to a crystal clear 403ppi. Brightness is pretty good at 450cd/m2, colours realistic and viewing angles good. It’s not an edge-to-edge screen, but the side bezels are slim. In common with the Redmi Note 3 you’ll see a thin black line bordering the screen.

Meizu fits its M3 Note with an octa-core Helio P10 processor, 2GB of RAM and a Mali-T860 GPU. This combination isn’t as fast as the Xiaomi’s Helio X10 and PowerVR Rogue G2600 GPU, either on paper or in our benchmarks, although the Meizu feels pretty nippy in real-world use without any particularly noticeable lag. Also see: Best smartphones 2016.

Our only slight irritation was the pop-up that appeared every time we opened a new app for the first time, although technically this is a good thing because it ensures that you deal with app permissions properly.

We ran both phones through our usual benchmarks and found performance from the Meizu M3 Note that will be fine for most users. In terms of general processing performance it managed 2710 points in the multi-core component of Geekbench 3, and 39,886 points in AnTuTu 3D.

For graphics we run GFXBench, and here the Meizu recorded 13fps in T-Rex and 5.3fps in Manhattan. This is really nothing to get excited about, and suggests the Note won’t handle anything too intense on the gaming front. However, its large screen is ideal for watching video, and the Meizu is more than capable of this.

JetStream is used to test JavaScript performance, and here the M3 Note recorded 22.809. Again, not a brilliant score, but not at all bad for a budget Android phone.

We’ve compared these results with the Xiaomi Redmi Note 3 in the graph below, but you can also compare the Meizu’s performance to other smartphones we’ve recently tested in our article What’s the fastest smartphone 2016?

Where this phone really stands out is in battery life. Meizu claims two-day life from the 4100mAh non-removable battery, and we wouldn’t suggest otherwise – the battery percentage indicator just doesn’t budge. At 92 percent (having used the phone all morning) it reported 42 hours 20 minutes remaining, so you’re unlikely to need to carry a power bank here. Our only gripe is that this huge battery doesn’t support fast charge, so you will want to leave it for a full overnight charge.

The Xiaomi Redmi Note 3 has a 4000mAh battery, so the two should be fairly similar in terms of performance. In the Geekbench 3 battery life test we recorded 8 hours 29 minutes with a score of 5093 points from the Meizu. It isn’t the best we’ve seen but it is very good.

For storage you get 16GB built in, and given the price of this phone it’s difficult to complain. With only Google Play installed we found we had 9.16GB of that 16GB available. Unlike the Xiaomi, Meizu does provide a microSD slot, although adding one means you will need to sacrifice the dual-SIM functionality, since it shares the same slot as the second SIM. Without a microSD card the M3 Note will accept two nano-SIMs, which is handy if you want a single phone for work and play, or are going abroad and wish to use a local SIM. Also see: Best dual-SIM phones 2016.

While the Meizu will accept two SIMs, it’s important to note that neither slot supports the 800MHz 4G LTE band in the UK. This rules out O2 customers and those of other mobile operators who piggyback its network, such as giffgaff. These people will still be able to get 3G on the M3 Note, but won’t benefit from the Wi-Fi-like speeds of LTE for browsing. This is also true of the Xiaomi Redmi Note 3, and when buying from China you should always check whether a phone is supported by your network.

We’ve already mentioned that the Meizu M3 Note has a fingerprint scanner, and we were impressed by how fast it operates and how easily it recognises your finger. We like the Xiaomi’s rear-mounted approach, where it falls naturally under your finger when you pick up the phone, but here you don’t even really need to think about it.

Aside from the fact there’s no support for NFC, connectivity options are fairly standard. You get 802.11b/g/n Wi-Fi, Bluetooth 4.0, GPS and GLONASS. Xiaomi takes the lead here, though, with 802.11ac Wi-Fi and an IR blaster. See all smartphone reviews.

In common with its Xiaomi rival, the Meizu M3 Note features a 5Mp, f/2.0 front camera and a 13Mp, f/2.2 rear camera with PDAF and a two-tone flash. It can record 1080p video from either camera, although it isn’t immediately obvious how to enter video mode and we found the resulting footage rather jerky.

That’s because, as we’ll come to next, this phone is preinstalled with the Flyme 2.1 UI, a custom overlay for Android 5.1 Lollipop. The camera app is one of the places you’ll really notice the difference from standard Android, although it seems to have many of the same options. The volume rocker can act as a dedicated shutter button, while holding down the capture button operates a burst mode. Camera modes include Auto, Manual, Video, Beauty, Panorama, Light field, Slow video, Macro and, interestingly, Gif.

You can see a couple of our test shots of the St Pancras Renaissance Hotel (shot from our seventh-floor office roof terrace) below. The first is shot in Auto mode and the second with HDR. The photos look pretty good on the phone itself, but viewed at full size on a PC the lack of image stabilisation is obvious and a huge of detail has been lost from the immense blurring. HDR mode improves thing infinitely, but this certainly isn’t a phone we’d recommend for its camera and, again, the Xiaomi outshines it. Also see: Best camera phones 2016.

As we mentioned, the Meizu M3 Note runs Flyme 2.1 OS, which is a custom version of (old) Android Lollipop 5.1. Many of the apps that come preinstalled are Chinese, but you can uninstall anything that isn’t shown on the first home screen – which is, incidentally, also your app tray in another unhappy iPhone similarity, though this we can deal with better than the missing back and recent buttons. (That Smart Touch floating button just doesn’t cut it for us.)

There are apps for everything you might expect to see from Google on a standard Android phone, from a Map app to an actual App Store, which means you will double up if you also want to install Google’s apps. It’s the same story with the Xiaomi phone, by the way, although it’s not as easy to uninstall the preinstalled Chinese apps on that phone and we instead had to hide some of them away in a folder.

At this point it’s import to note that Google Play is not preinstalled (although in our case when bought from GearBest it was and later stopped working, leading us to resort to a factory reset). However, installing Google Play is as simple as launching the App Store on the M3 Note, searching for Google Installer and installing it. Then click Open and again tap Install. When you attempt to launch Google Play you’ll be prompted to add your Google account details. Also see: Best Chinese phones 2016.

Some things have moved around in the Settings menu, which confused us at first but we suspect you would become accustomed to this fairly quickly. For example, Storage is found under About phone (makes sense, we guess), and it’s in here that you’ll find the backup and restore or factory reset options.

You’ll also find some additional options in the Settings menu, such as do not disturb- and easy modes, plus a personalisation menu that lets you play around with themes, wallpapers and fonts. Various customisable gestures, such as the ability to wake the phone with a double-tap or draw a letter onscreen to wake the phone and launch an app of your choice, are found under Accessibility, Gesture wakeup.

Holding down the home button can also activate Smart Voice, which we guess is a bit like Siri, except it’s Chinese and didn’t understand what we were saying to it.