Sony has done a great job of combining style, functionality and great sound quality into a pair of headphones which aren’t too expensive for what you’re getting. Most importantly, the wireless sound quality is excellent and we’re impressed with the noise cancelling, too. Build quality is good for plastic and extra features such as NFC and easy to use controls add to the experience. These are a great choice for anyone looking for wireless over-ear headphones with noise cancelling and solid sound quality.

Priced at £220, the h.ear on Wireless NC headphones are fairly expensive but it’s nothing dramatic. We’ve seen plenty of pairs which fetch more and don’t have some of the features available here. The model number is MDR-100ABN to help you find them online.

There’s some stiff competition in the area and the long awaited Bose QC35 wireless headphones have just been announced. However, they are priced at £289 so these Sony cans are the cheaper option here.

They are also cheaper than the Sennheiser Urbanite XL Wireless which have an RRP of £249 and we found them of decent quality with good features but plastiky in build.

If you’re not too fussed about some of the features such as wireless connectivity and noise cancelling then you can save some cash by opting for Sony’s MDR-100AAP headphones which have the same design but retail at £150.

If you like big, bold and colourful headphones then these are a great choice for you. The h.ear on Wireless NC headphones are available in some seriously bright ‘look at me’ colours including Cinnabar Red, Lime Yellow, Bordeaux Pink and our favourite, Viridian Blue which are more like a teal green really. If you’re a bit more self-conscious then you can also get a pair in plain Charcoal Black.

The build is almost entirely plastic, bar the cushions and covers on the ear cups and headband. That said, it is somehow plastic that looks and feels rather nice with a stylish matt finish and a two-tone pearlescent effect which looks great as you move the headphones in light. The headphones flex a decent amount without feeling weak and fold to travel a little easier when not in use. A hard shell carry case is provided in the box. 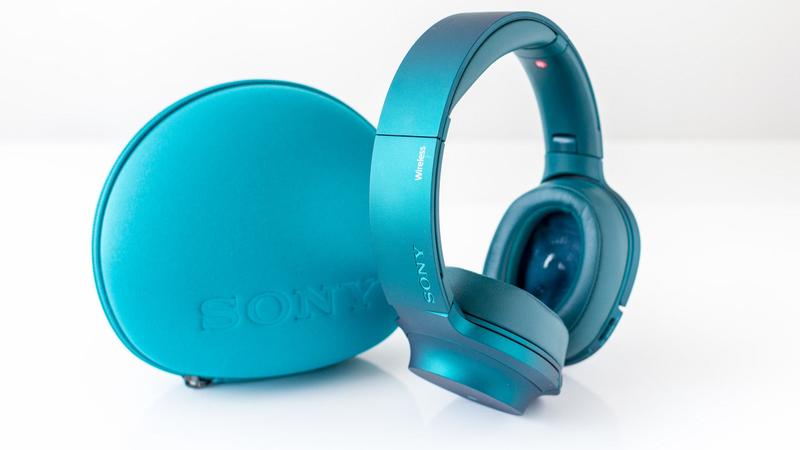 Since these are wireless headphones, there’s plenty of buttons on each ear cup with which to control things. On the left are buttons for power and noise cancelling, plus a microphone for hands-free calls. On the right is a second microphone, volume rocker and a spring-loaded switch for skipping forwards or backwards – pushing this in is used for play/pause and answering calls.

All of which are easy to use once you become accustomed to their locations and functions. We just wish there wasn’t a slightly creep voice telling you when you’re in Bluetooth pairing mode and the headphones are switching off.

The h.ear on Wireless NC headphones are very comfortable over-ear headphones thanks to the soft pads and the fact they don’t clamp onto your head with too much pressure, like the Audio-Technica ATH-MSR7. They are also not too heavy thanks to the plastic in use at 290g. There’s little in the way of air flow or ventilation but we didn’t find them to hot and steamy.

There are two main reasons to opt for the h.ear on Wireless NC headphones – they’re wireless and they have noise cancelling. Sony hasn’t stopped there though, so read on to find out the specs and features, plus what we make of the sound quality.

On the spec sheet, the h.ear on Wireless NC headphones tick a number of feature boxes as they support the aptX codec for better quality Bluetooth streaming. Like a lot of Sony products, they have an NFC chip so you can pair with a smartphone or other compatible device quickly and easily – the chip is on the outside of the left ear cup. 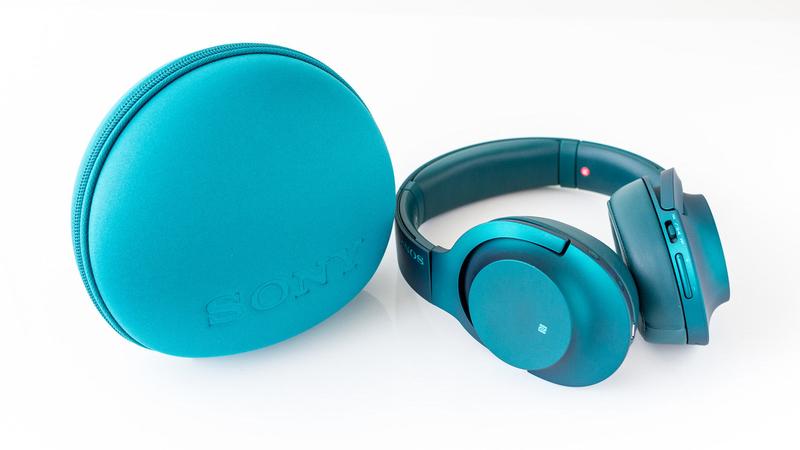 Once you’re connected the headphones will last for up to 20 hours on the built-in battery and you can charge them via Micro-USB. You don’t *have* to use them wirelessly though, as a cable with a regular headphone jack is included; handy, but also necessary, in some situations. The noise cancelling won’t work without power, though.

On top of that, Sony touts specs and features such as the inclusion of an LDAC – which transmits approximately three times more data (at the maximum transfer rate: 990 kbps) than conventional Bluetooth, according to Sony – and Hi-Res certification.

The former supposedly allows for sound quality ‘near to High Resolution Audio’ while the latter is only available when a wired connection is used. Most of this is marketing to make the product look more attractive in the shops, online and to make the box look more impressive.

We can’t say how much difference it makes since they are features which can’t be toggled on or off, so we’ll stick to what we do know – what the headphones are like in real life in terms of sound quality.

As with most larger pairs of headphones, the Sony h.ear on Wireless NC headphones have large 40mm drivers. They are ‘High-Resolution compatible HD drivers which Sony says are capable of reproducing frequencies of up to 40Khz – when human hearing maxes out at 20Khz and that’s if you haven’t stood too close to the speakers at too many gigs.

The sound quality over all is very good and although Sony talks about ‘lightweight CCAW voice coils deliver a high-linearity response for stable, true-to-source high frequencies’, the headphones produce a sound that is dominated by bass and the mid-range. 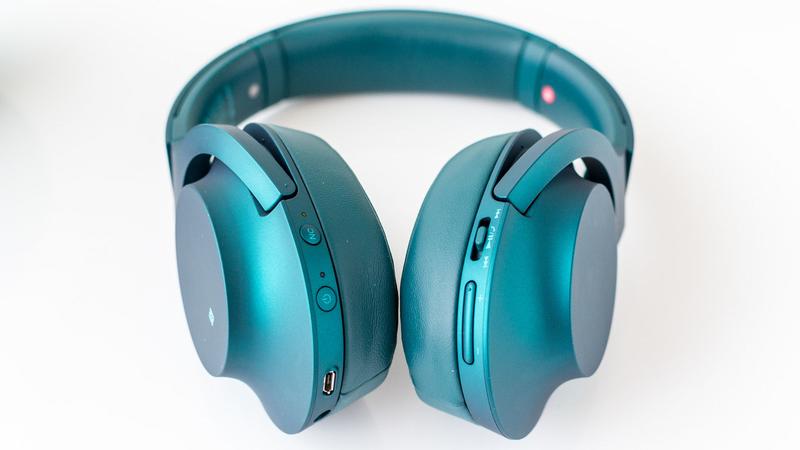 It’s not that the high-end is lacking as such, but it doesn’t sparkle and cut though like some other headphones we’ve tested. It’s not really much of a surprise as the target market for these cans is likely to appreciate the punchy strong bass and rich mid-range. We’ve found the h.ear on Wireless NC headphones particularly well suited to dance music, pop and also rock.

Finally, the noise cancelling is a nice feature to have on a pair of headphones when you travel a lot or find yourself is a raucous environment. As mentioned earlier, the feature is easily switched on and off via a button and does a great job of eliminating background distractions such as air conditioning.

The sound of people talking is much harder to eradicate but get some tunes playing and the combination means you’ll feel nicely isolated. What we really like about the noise cancelling is that it’s not too aggressive and so doesn’t exert pressure on your ear drums which can be uncomfortable in some headphones. Using the feature also means you can listen to music at a more suitable level.