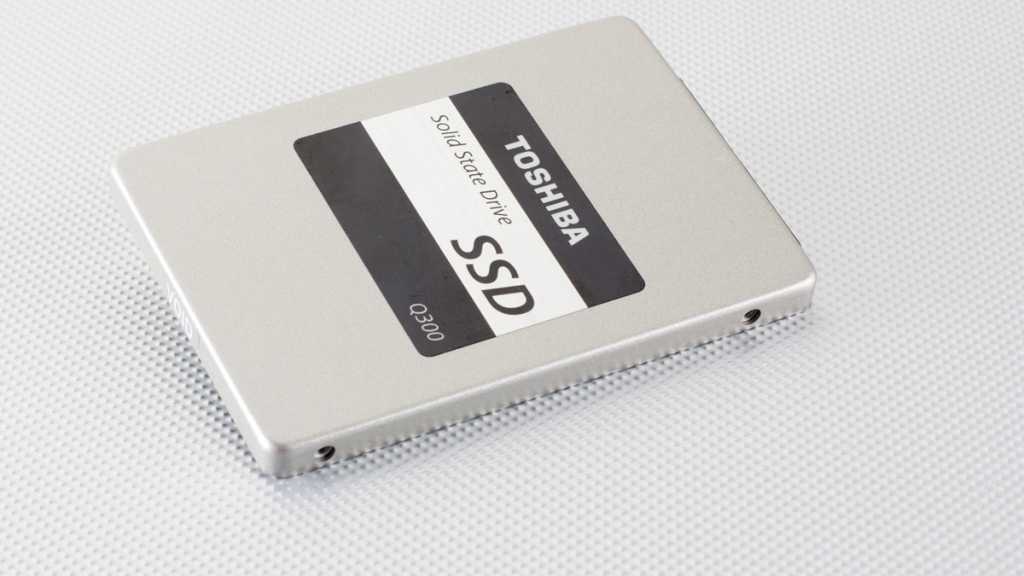 The Toshiba Q300 480GB (2016) SSD is cheaper than most of its competitors and yet is able to provide a fantastic all-round performance. If you’re looking to upgrade or build a budget system, then the Q300 is a solid choice.

The Q300 2016 model (HDTS848EZSTA), is Toshiba’s new SSD which utilises the company’s very own 15nm triple-level cell flash (TLC flash) and combines it with an adaptive single-level cell (SLC) cache technology to deliver fast speeds at an affordable price. We put the SSD through its paces to see how it compares to some of the best SSDs around. Here’s our in-depth Toshiba Q300 review.

We should note that the previous model (HDTS748EZSTA) was released in late 2015 and was based on Toshiba’s older 19nm flash. According to a few Amazon customers, the pre-2016 version suffered from reliability issues, while our colleagues in the US found it to suffer from a 20GB-write bottleneck. We don’t have both to compare, but have the new and updated 2016 version. Also see the  best SSDs to buy in 2016.

Unlike some of its competitors, such as Kingston and Samsung, the Toshiba comes with only three year warranty, as opposed to the five-year plus warranties. Read next:  Best portable hard drives 2016.

TLC technology has a reputation among storage connoisseurs, as being the cheap, less reliable and cheaper to manufacture NAND flash. Toshiba has made its own attempt to counter the slower TLC speeds by incorporating what the company likes to call ‘Adaptive Size SLC Write Cache Technology’.

There’s very little information about the adaptive SLC write cache technology, but from what we understand, it’s Toshiba’s answer to addressing performance issues that are found with TLC drives. Essentially, the technology allows the drive to treat its write operations as an SLC drive, using only one-bit per cell to store data. Once the cell is idle, the SSD writes the data to a triple-level cell.

This allows the drive to achieve fast read/write speeds and yet still be considered a TLC solid-state drive. We have yet to be informed about the Q300’s (2016) cache size.

The SSD runs on a standard SATA III 6Gbit/s interface, meaning that its speeds are limited by its SATA III connection. However, this is to be expected with all SSDs that connect through the same interface.

As mentioned in our introduction, we were fortunate enough not to experience any major speed bottlenecks when transferring large files. In our tests, where we found the Crucial BX200 to suffer from a 13GB file bottleneck, the Q300 (2016) had no problem reading or writing a 6.5GB and 13GB file – see below.

For the section below we used CrystalDiskMark and  AS SSD benchmark to analyse the Q300’s (2016) performance.

We were left impressed by the overall tests conducted through the CrystalDiskMark (CDM) Random benchmark, but did find the Q300 (2016) to fall short of its competitors through the random 4Kb write tests, with the SSD scoring only 65.1MB/s versus the Crucial BX200’s 106.7MB/s.

However, through CDM’s 0 fill benchmarks, we were impressed by the Toshiba’s ability to compete and even outshine some of the other SSDs we had previously tested. Notably, the Q300 (2016) performed remarkably well in its Random Read 4Kb tests (95.4MB/s), outperforming the likes of the Samsung 850 Evo (35.5MB/s) and edging out the Kingston SSDNow KC400 (87.5MB/s).

In comparison to our Seagate ST500DM002 7200rpm hard drive, the Toshiba completely outclassed the older generation storage device by a considerable margin. This is to be expected, but is worth pointing out for those wanting to upgrade their older hard drives to a newer generation SSD.

Through our AS SSD benchmarks we found the SSD to perform well against its competitors, consistently providing fast-speed performance, but yet again falling short in its 4K write benchmark.

We also tested the drive’s ability to handle compression through AS SSD benchmark. We were pleased with the Q300 (2016) speeds and only found it to have a slight write blimp at the very start of the benchmark. In comparison to other drives, the SSD performed very well.

Through AS SSD’s copy benchmark, we found the Q300 (2016) to perform well, with the SSD doing well in its ISO speed benchmark.

The Toshiba Q300 (2016) is cheaper than other SSDs we’ve come across in its storage capacity and in fact provides the lowest price per GB we’ve seen, with it costing £79.99 it results in a super low £0.18 per GB for its actual 446GB of available storage.

Given its price, we were pleased not to find any issues through our 13GB file transfer tests and given the drive’s performance is on-par with SSDs that cost considerably more; it’s easy for us to recommend the drive for those wanting a budget SSD that’s also a solid all-round performer.

It should be noted that if you’re looking to buy the drive, try to specifically look for the 2016 HDTS848EZSTA model, as it seems to address a lot of the issues people were facing with the Q300 line.