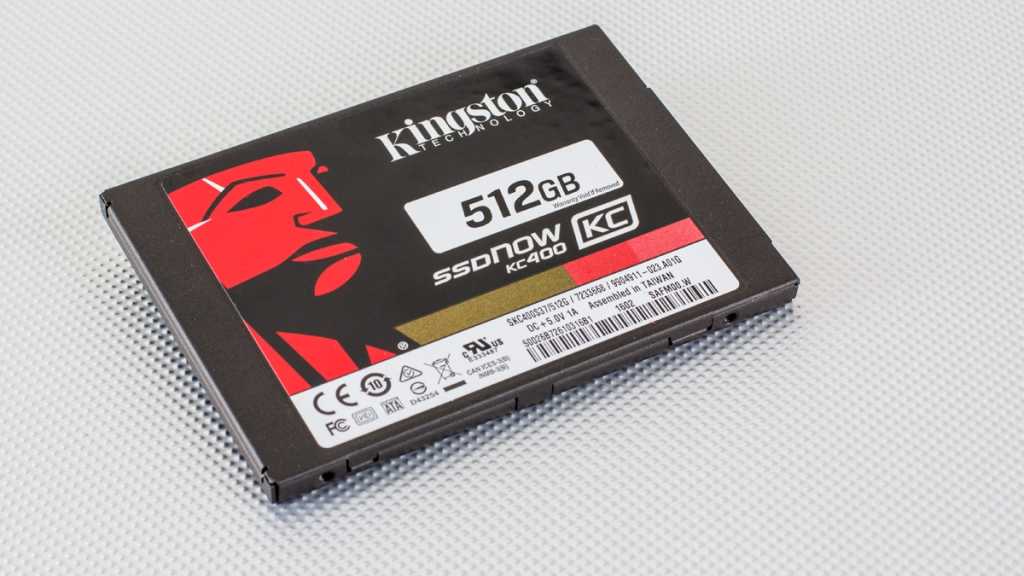 The Kingston KC400 SSDNow 512GB is a fantastic SSD which delivers consistent high-speed performances across various benchmarks. The SSD is easy to recommend for those wanting to upgrade from their old hard drives or older generation SSDs, but it’s more expensive than the Samsung 850 Evo.

Kingston’s new KC400 is an addition to its SSDNow range of solid-state drives and is aimed at both consumers and business users wanting a top-performance drive that’s reliable. But does it live up to the firm’s claims? Read our Kingston KC400 review to find out about its features and how it compares to other SSDs in the market.

Here you can see the usable capacity as well as the price per gigabyte of the KC400 and rivals:

Connected to our Windows 10 test rig, the SSD provides 476GB of usable storage space, which equates to 28p per GB in bare-drive form, so it’s more expensive than its competitors. Read next: How to build a PC.

With a lot of its competitors offering long warranty periods, Kingston is confident in the KC400: it covers it with a five-year warranty.

Kingston SSD toolbox has a whole host of utilities for wiping the drive securely, as well as checking the state of your SSD and its remaining life span.

The KC400’s controller is the Phison 3110, which has two features for those wanting reliability and protection from read/write errors. SmartECC is designed to extend the life and durability by providing better levels of error correction, while SmartRefresh protects from read errors as the SSD wears out of its NAND cells. However, both of these technologies are somewhat of an industry standard. More about the technology can be read on Phison’s website. The KC400 has a SATA III 6GB/s interface.

Those with a laptop might want to know that the SSD’s quoted power consumption is 3.74W whilst active and 0.255W in idle mode.

We ran various benchmarks on the KC400 to see how it performs against its competitors. To accomplish this we used CrystalDiskMark and  AS SSD benchmark.

We found the Kingston KC400 to perform very well in the vast majority of benchmarks. It performed remarkably well in the sequential read/write benchmarks. Unfortunately, in comparison to the Samsung 850 Evo we found the KC400 to struggle a little in its Random Read 4K CDM benchmarks. The Samsung delivered 36.3MB/s and 106.2MB/s read/write speeds, but the KC400 couldn’t quite keep up, returning slightly lower speeds of 29.4 and 98.2MB/s respectively.

Naturally, in comparison to a 500GB Seagate 7200rpm hard drive, the Kingston KC400 went like an absolute rocket. For example, the Sequential 503.2MB/s read and 503.4MB/s write speeds in AS SSD are impressive: the traditional hard drive was only able to manage 131.3MB/s and 114.5MB/s respectively.

The KC400 performed magnificently in the 0 Fill Random Read 4K benchmark, outpacing all the competition by a clear margin.

With AS SSD’s benchmarking tools we were able to test the KC400’s compression ability and we found it was very capable of handling both read and write compression. In comparison to its competitors, we found the Kingston to have very few spikes or inconsistencies.

The Copy Benchmark simulates a real-world scenario of copying a file while performing a certain operation.Here the KC400 was slightly slower than other SSDs within its class, but still relatively fast.

The Kingston is one of the top-performing SSDs out there in its price range. It provides excellent performance which rivals the Samsung 850 Evo. However, that drive is cheaper and – at the ~500MB capacity, it means you’ll save over £20.