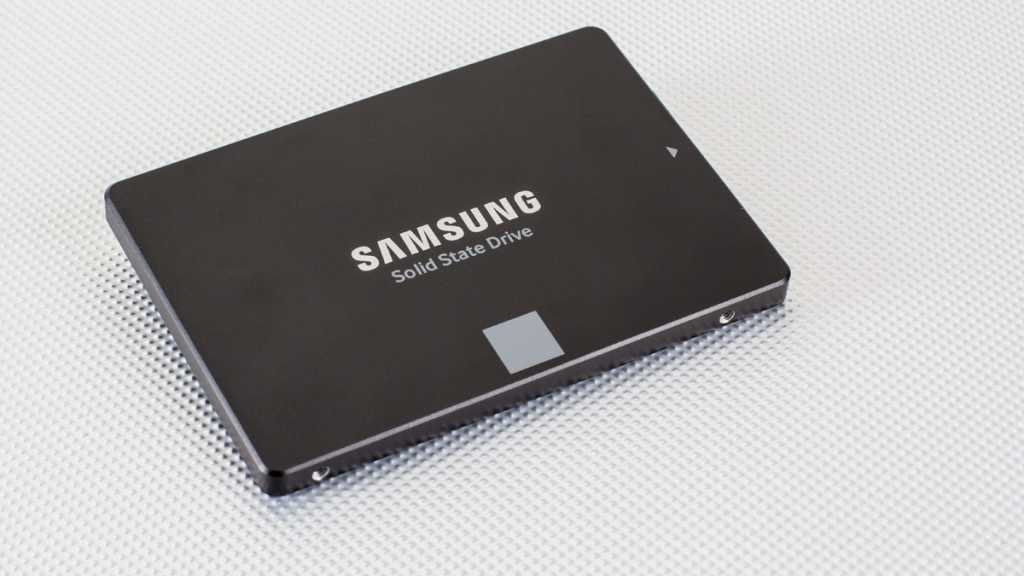 The Samsung 850 EVO 500GB is an extremely impressive SSD that provides class-leading technology and speeds to the market. Through our benchmark results, we found the drive to perform consistently well and above all its competitors. We wouldn’t hesitate to recommend the SSD for those looking to upgrade from an old hard drive or an old-generation SSD.

SSDs are continuously dropping in price, and the Samsung 850 Evo not a new SSD to the market, but with falling prices now competes with some of the budget drives out there.

As Samsung make most of the chips within the market, it’s interesting to see how it compares with its competition, while still being aimed at those who want good performance at an affordable price. Now at a cheaper price, does the 850 Evo still hold its own? Read on to find out. Read next: Best SSDs 2016.

When connected to our Windows 10 test rig, we found the 850 Evo to provide us with 465GB of usable storage, resulting in a £0.23 cost per GB – a good price compared to current rivals. Read next: How to build a PC.

Prices change on a daily basis, but these were correct at the time of review:

Samsung offers a five-year warranty with its 850 Evo 500GB.

The Samsung Evo 850 uses a SATA III 6GB/s interface. The SSD has a few interesting features, such as RAPID mode which significantly increases read/write speeds by leveraging system resources within the CPU and DRAM installed on your computer. The mode has to be enabled through the Samsung’s Magician software which is free to download.

The SSD also features Dynamic Thermal Guard protecting your SSD from overheating in extreme situations and also has AES 256-bit and TCG Opal 2.0 hardware encryption to securely protect your data from hackers – this however needs to be enabled through Samsung’s Magician software and be used on a UEFI-enabled BIOS. More information about the technology used within the SSD and its features can be found on Samsung’s website.

Possibly one of the most interesting features of the 850 Evo is its use of Samsung’s very own V-NAND technology. Samsung use triple level cell (TLC) technology, which is known as a cheap way of storing data (bits) on the drive’s cells, due to it being able to store three bits of data per cell. Versus single level cell (SLC) for one bit per cell and multi-level cell (MLC) for two bits per cell, TLC is known to be the most unreliable and cheapest to manufacture, where it often has slower and inconsistent read/write speeds.

However, due to the use of V-NAND, creating a separate, vertical layer to the SSD, Samsung is able to provide faster, more reliable speeds whilst not compromising on reliability, which could lead to drive failures.

Those wanting to use the SSD with a laptop should be aware that the quoted power consumption for the SSD is 4.7W whilst active and 0.5W in idle standby.

We tested the Evo 850 using various benchmarks, notably CrystalDiskMark and AS SSD benchmark, both of which provide accurate, reliable synthetic benchmark data.

Two of the most important results are the 4Kb read/write speeds – this simulates real-world applications by moving small amounts of data which is moved around in random, non-sequential ways. As you’ll be able to see below, we found the Evo 850 to be extremely impressive. This means that in real-world applications, you’ll notice a big improvement in application performance compared to, say, an old mechanical hard drive.

We tested a 500GB Seagate 7200rpm hard drive which can be found for £38.95, and it was, unsurprisingly, completely outclassed in every single aspect by the Evo 850. When we looked at the 4K-64 read/write benchmarks, we noted the huge differences between the hard drive and the SSD, where the Seagate managed only 1.8/1.3 MB/s respectively, whilst the Evo 850 had an incredible 381.2/321.9 MB/s speed. These small tasks (such as moving small files around in your computer) make it hard for a HDD to perform at a high speed, showcasing why you need to buy yourself an SSD if you haven’t got one already.

Interestingly enough, we did find the Evo 850 was outperformed by the other SSDs in a few tests, including the 0 Fill Random Read 4Kb tests, with the Evo 850 scoring only 35.5 MB/s versus the Kingston SSDNow KC400512GB with 87.5 MB/s. However, this was the only time we found the Samsung Evo 850 to be truly outclassed, meaning the drive performs extremely well across the board.

Moving on to our copy and compression tests through AS SSD’s benchmarking tools, we found the Evo 850 performed extremely well in its compression abilities. As you’ll be able to see from the graph below, we didn’t notice any glitches, inconsistencies, or random spikes through our tests. In comparison, we found Samsung’s competitors to have certain spikes or have a greater variance between their read and write speeds.

The copy benchmark showcases the ability of the drive to copy a certain file size whilst performing a certain operation, for example whilst copying a game. The Evo 850 didn’t really shine, like it did in our previous benchmarks, but did provide consistent results.

We would definitely recommend the 850 Evo 500GB to anyone looking to either upgrade from a traditional hard drive or thinking about upgrading from their older generation SSD. The results speak for themselves, and through its impressive and consistently class-leading benchmark scores we would consider the Evo 850 is still one of the best SSDs money can buy.