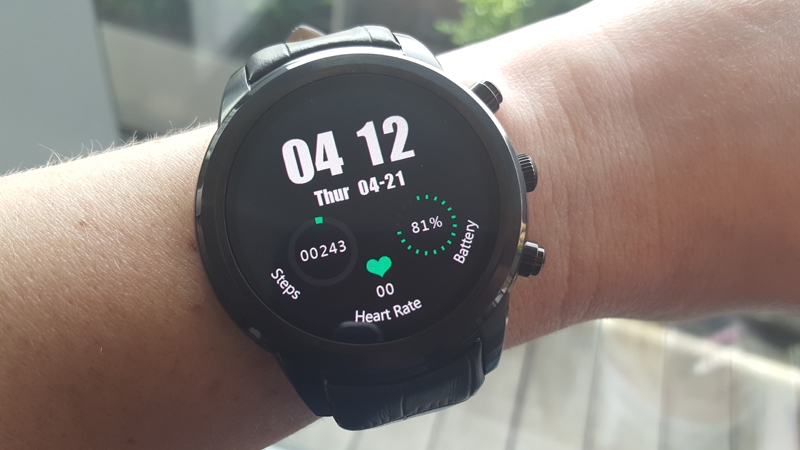 At £100 the Finow X5 sounds – and looks – like a great smartwatch. Unfortunately, a lack of app support (at least without Google Play as it was supplied to us) makes it unappealing for use in place of a smartphone, and it just doesn’t function very well as a companion device. For UK users at least, this smartwatch as supplied out of the box is of little use.

The Finow X5 is an Android smartwatch that accepts a 3G SIM to make calls, send texts and get online independently of your phone. At just £100, we see whether this cheap smartwatch is a worthy competitor to rival Android Wear watches from the likes of Motorola, LG and Sony. Also see: Best smartwatches 2016.

You can buy the Finow X5 from GearBest where, at the time of writing, it costs £100.99 with free shipping to the UK. However, note that you may have to pay import duty on goods sent from China to the UK – read our advice on grey market tech before you buy.

The X5 is compatible with both Android and iOS, but functionality may be limited with iPhone.

The Finow X5 is more ‘smartphone watch’ than ‘smartwatch’ and can be used independently of your phone to get online and send and receive calls and texts, albeit using a very small and fiddly keypad or audible instruction. This is made possible by adding a Nano-SIM card.

The X5 also has Wi-Fi connectivity, which you can use to browse the web. We weren’t able to use the internet connection of a paired Samsung Galaxy S6, despite an option in the watch settings making it look as though this is possible. See all smartwatch reviews. 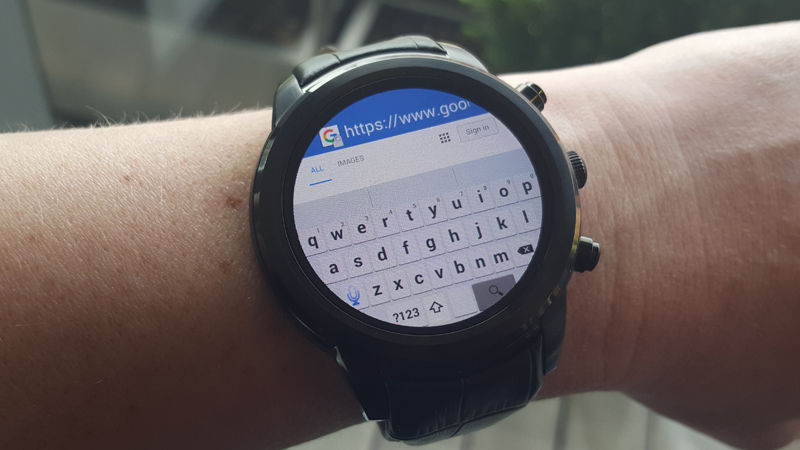 Before you start using the Finow X5 you should download the free Watch Helper app, which pairs to a smartphone and can be configured to deliver notifications from any app installed on your phone, and to push music-, image- and other files from phone to watch and vice versa. By default you will see notifications for calls and texts, and we also managed to set up Watch Helper to deliver WhatsApp, Gmail and Facebook notifications. Frustratingly, you see only the message subject line for email notifications, and once you’ve read the notification it’s gone from the watch.

Worse still, we found the X5 would lose the Bluetooth connection if it had been idle for a while. This might help battery life, but it prevents you from receiving any notifications until you physically reconnect it to the phone. And that makes this smartwatch pretty dumb. 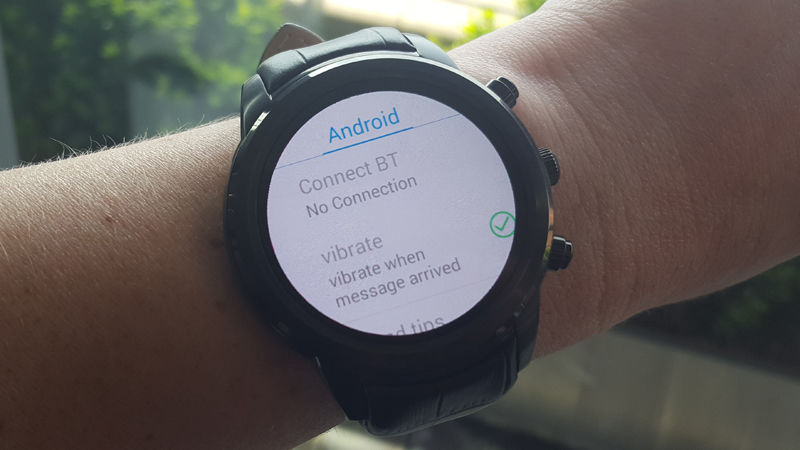 To get more functionality, then, you really need to add a SIM to the Finow X5. The SIM slot is accessible by unscrewing the rear panel (a screwdriver is supplied in the box), but unfortunately this means the device does not have a waterproof seal and rules out its use as a true sports watch, despite the built-in heart-rate monitor and pedometer.

And herein lies the major limitation for UK users: it isn’t possible to have two SIMs for the same phone number. Elsewhere in the world this is possible, and in some European countries you are able to make use of a paid-for service such as Proximus to clone a phone number on to a second SIM. You could try using a second SIM with a second number, but you won’t receive any notifications from your primary number, and your communication will come from a number your contacts don’t recognise. See all wearable tech reviews.

Apps are the second biggest limitation: the Finow X5, as we tested it, runs a version of Android 4.4 KitKat with no access to Google Play, and that’s how we have reviewed it here. We have read online that others have been able to update the firmware or root the smartwatch in order to get Google Play installed and working, turning this Finow X5 into a proper Android Wear watch – the Bluetooth cutouts would still be an issue unless you used it in place of your smartphone, of course. GearBest tells us that it’s possible to install Google Play without rooting and that “Any alterations such as upgrades or flashing a newer version will void the warranty.” 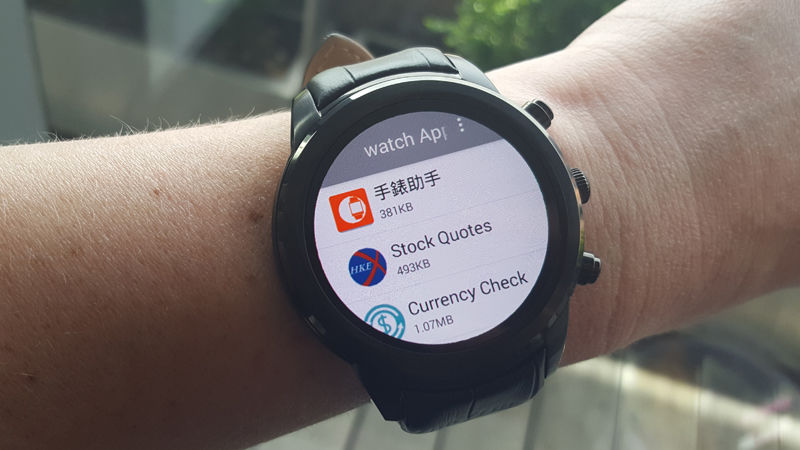 Out of the box no update was available to us, which meant the only apps were those preinstalled and the three found in the built-in app store, none of which you’re likely to want to download – there’s Currency Check, Stock Quotes and the Watch Helper app (in Chinese).

So what stock apps do you get? First on the menu are Phone, Messages and Contacts. Phone comprises a dialer (which requries you to have a SIM inside) and call log; Messages lists your received SMS messages only; and Contacts can be synched with your phone to bring up your address book, but is of little use to you if you aren’t using the X5 with a SIM. 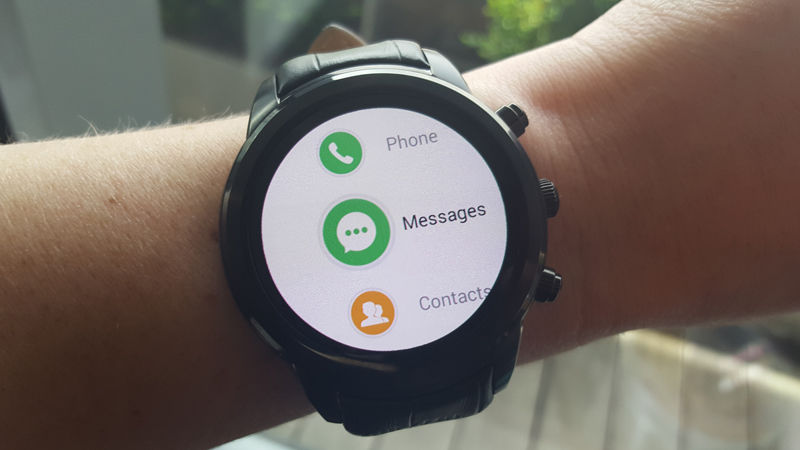 Settings is fourth on the menu, and gives you options to do such things as connect to a phone over Bluetooth, turn on Wi-Fi and GPS, change the clock face (54 are available or you can add your own background image, but you are then limited in how it appears on the watch so you will need to resize it first), adjust the display or volume settings, turn on power-saving options and uninstall apps (what apps we’re not sure).

Then you get to the preinstalled apps: Health, which comprises a heart-rate monitor and a pedometer; Music, which can play back music stored on the watch itself, not a paired phone; Weather; Sound Recorder; Barometer; and Browser. You’ll also find an alarm clock, calendar, Watch Helper, the aforementioned and very barren AppStore, a File Manager and a list of recently opened apps, although its positioning at the bottom of the menu doesn’t exactly make them quick to access. 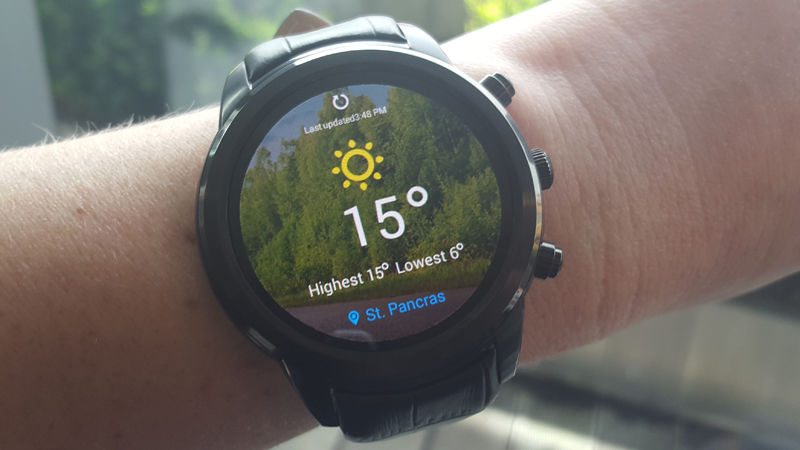 All in all, the Finow X5 as a smartwatch is majorly flawed. As a smartphone watch that lets you leave the phone at home, however, if all you need is calls and texts and no other apps, it might just fit your needs.

Its limited functionality as a smartwatch is a shame, because for £100 the round-faced Finow X5 appears to be a mostly well-made and nicely designed watch. Our review sample had a black stainless steel case and a stylish 23mm black and tan leather strap that should be fairly easy to replace. It’s rather large (50x48x13mm), but you could say that about most smartwatches; being used to wearing a steel Sony watch, we didn’t find it too heavy either.

It’s not without fault: for example, there’s a thick black border between the display and the bezel, and twisting the crown has no effect that we could tell.

Used as a button, the crown will take you back to the home screen, while the button above takes you back one step, and the button below is a menu button that, again, doesn’t appear to do a lot with the apps installed on the watch.

At this price the 1.4in (400×400) colour AMOLED touchscreen is a great addition; it’s responsive and plenty bright enough, but lacking a little in contrast. We wouldn’t advise turning up the brightness all the way as this will drain the 450mAh battery and you’ll be lucky to get a full day’s life. Given that it charges from a dock rather than Micro-USB, you’ll want it to keep going at least until you get home.

The rear-mounted heart-rate monitor is also welcome at this price, and both it and the pedometer seem to work fairly well. It’s only a shame that this watch isn’t waterproof for sports use. 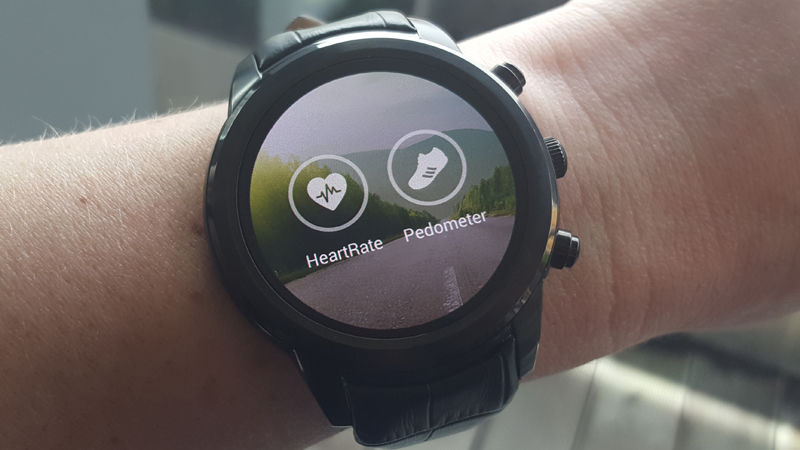 The X5 is pretty standard in terms of its specification as smartwatches go. It runs Android 4.4 KitKat (not Android Wear) on a 1.2GHz MediaTek MTK6572 dual-core processor (Mali-400 MP GPU) with 512GB of RAM and 4GB of storage.