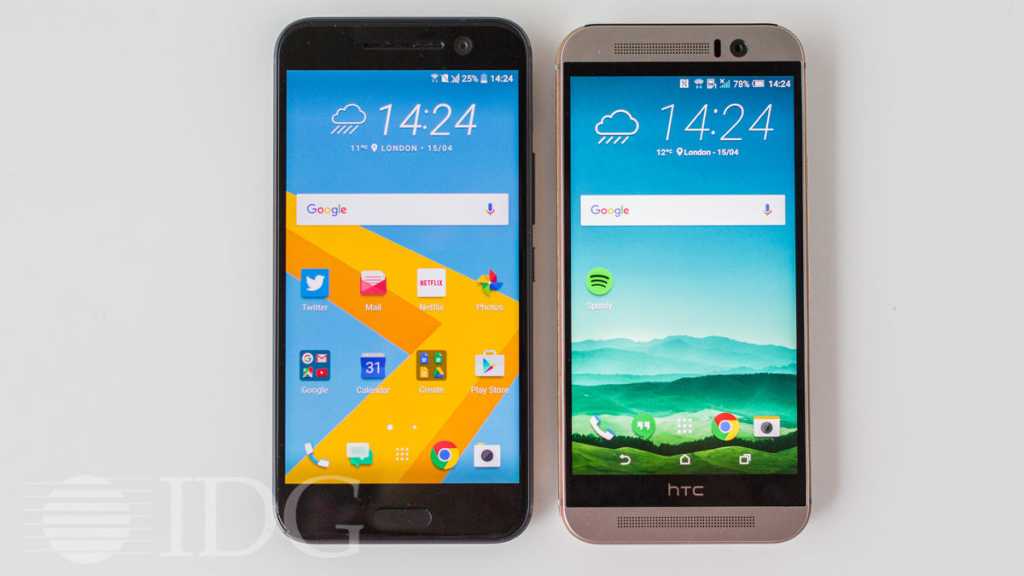 Aside from the removal of the IR blaster and front stereo speakers, the HTC 10 is a better phone all round. It gets some significant upgrades and is arguably the phone HTC should have made last year. We’ve yet to complete our full review of the HTC 10 but even at this early stage, there’s no doubt that the 10 is better than the One M9. Is it the best Android phone though? That’s a whole different question: there’s some tough competition for the HTC 10 right now.

HTC came under fire last year for making the One M9 too similar to the One M8. In 2016 we have a different name: HTC 10, and a new design. But is it enough to turn around HTC’s fortunes? We’ll have to wait and see, but for now we’ll compare the two phones so you can see what’s changed, what’s new and what’s different.

Now, of course, you can buy the One M9 for a lot less: around £350 unlocked. However, there are better phones to be had for that sort of money – see our best phones chart for details.

See also: One M9 vs One M8 comparison.

Looks are a subjective thing. Some people like the HTC 10, others don’t. There’s no denying that it has lost the signature HTC ‘look’ at the front – some have even said it’s ugly.

In the UK, there’s a choice of grey (black), silver or gold. These are similar to the One M9, but the older phone was also available in pink. 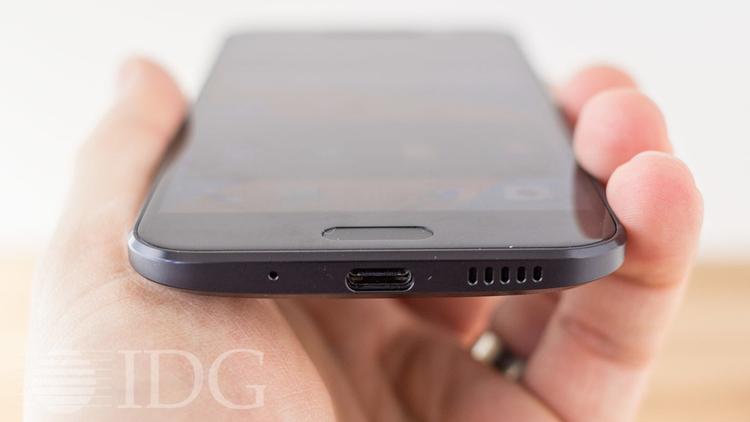 From the back, the exaggerated chamfers make it stand out and this is the only place you’ll find an HTC logo.

The headphone socket has moved from the bottom to the top and the IR blaster has gone – a big deal for some people and irrelevant for others.

In terms of build, the 10 has a similar aluminium unibody to the One M9 which makes it strong and sturdy.

Weight and dimensions, then, are very similar, despite the increase in screen size, which we come to now.

Display technology hasn’t changed: the 10 still uses an IPS LCD screen, but the size and resolution has:

After HTC switched to AMOLED for the A9, many thought it would use this technology for the HTC 10 flagship, but it has stuck with IPS. 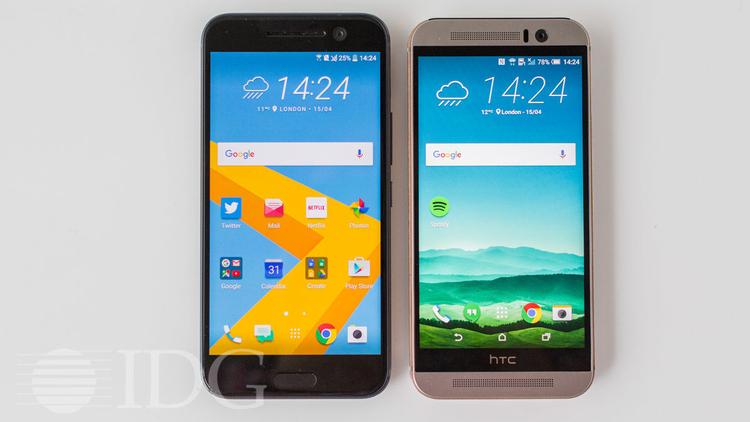 On the face of it, not much has changed in the storage department. However, the HTC 10 supports adoptable storage (an Android Marshmallow feature) which means that the phone doesn’t distinguish between the 32GB of internal storage and the microSD card. There isn’t much chance of you popping in a 2TB card, though, since they still don’t exist. The current largest is SanDisk’s 200GB microSD card.

There are 64GB versions of the HTC 10, but these will be hard to find in the UK and US.

The processor update is naturally one of the biggest upgrades. The Snapdragon 810 was noteworthy for its problems: overheating and throttling in the One M9. Qualcomm even launched revised versions, the v2 and v2.1 (the latter of which went into the Google Nexus 6P).

What’s interesting about the 820 is that it’s a quad-core chip, not octa-core like the 810. Qualcomm says this won’t adversely affect performance since hardly any Android apps were optimised to use eight processor cores anyway. The 820 runs at 2.2GHz, so each of the four cores runs 200MHz faster than the old chip, too.

HTC One M9 vs HTC 10: Hardware and connectivity

Gone is the infrared port, but added is a new physical home button with integrated fingerprint scanner and capacitive keys (much like Samsung’s phones). Bluetooth and LTE get updated, too. 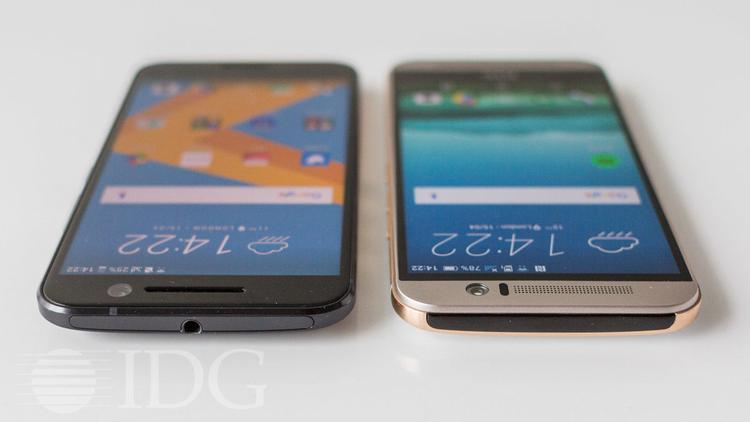 HTC One M9 vs HTC 10: Battery and charging

Battery capacity has increased by a few percent, but the HTC 10 gets the latest version of Quick Charge and also moves from microUSB to USB-C. The latter has a reversible cable so it doesn’t matter which way you plug it in.

In the box is a USB A to C cable, so you can use it for charging and data transfers to a computer. Quick Charge 3.0 means 0-50 percent in just half an hour using the charger included in the box. 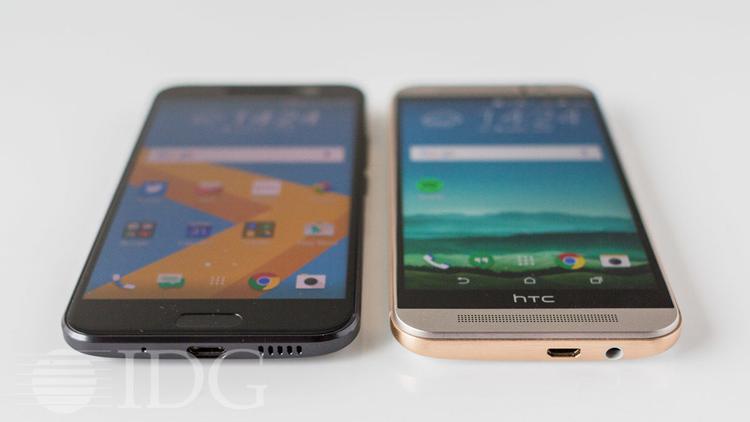 As a ‘world first’ the HTC 10 has optical stabilisation for both front and rear cameras. The new phone also gains laser focus, has a bigger aperture and also bigger pixels – 1.55um against 1.2um for the One M9. This means more light falls on each pixel and improves low-light photography. Interestingly, Apple has gone the other way with the 6S, increasing megapixels and decreasing pixel size.

To clarify, the One M9 had no optical stabilisation at all on either camera. 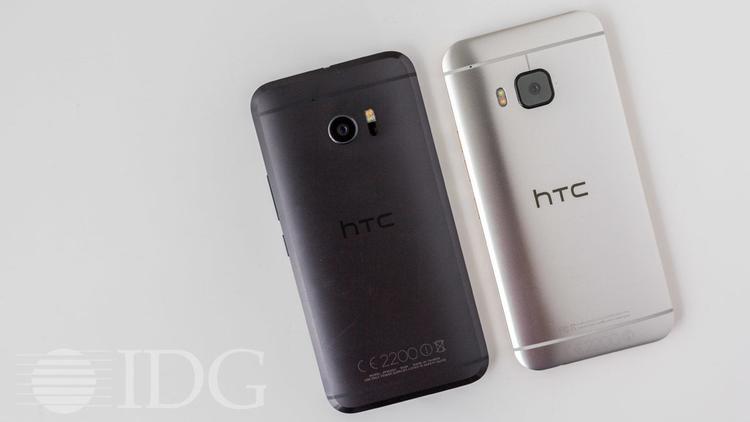 The other notable change in the HTC 10 is the lack of front-facing stereo speakers. It still has ‘BoomSound’ though. The bottom-firing speaker works like a woofer, while the top speaker (which is front-facing) acts like a tweeter. It’s an interesting effect and sounds pretty good if you’re listening to music.

But if you’re watching a video and holding the phone landscape, your left ear gets the highs and your right doesn’t which makes it feel like you’re not hearing properly in your right ear. 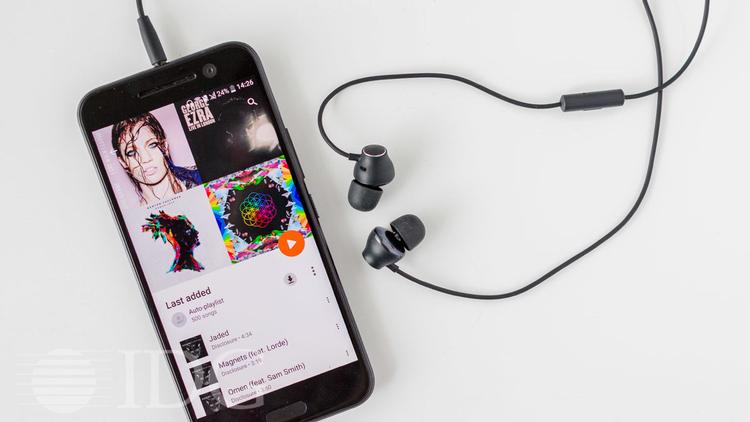 Overall, the M9 had better sound from its speakers for watching videos.

Internally, though, the HTC 10 gets a headphone amp and support for Hi-Res audio. Plus, you get Hi-Res certified headphones in the box.