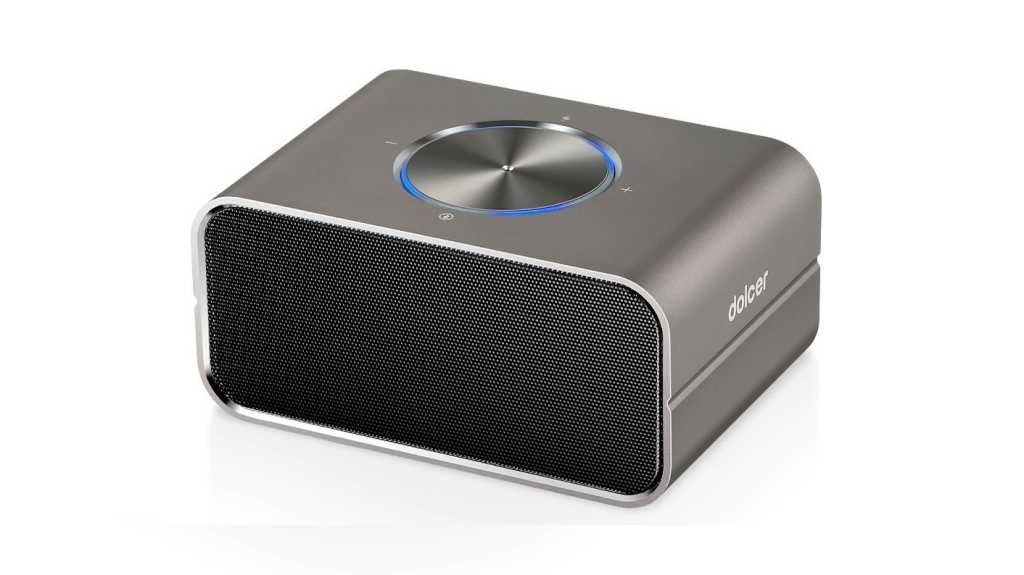 The Dolcer Bluetooth speaker is an elegantly designed speaker, which sports Bluetooth 4.0, NFC functionalities, call functionalities and an in-built 5200mAh power bank allowing you to charge a device. However, the speaker is let down by its overall sound quality.

At an affordable price of £28.99, the Dolcer Bluetooth speaker faces some stiff competition such as the Inateck BP2001, iClever IC-BTS02 and  Lumsing B9, among many others in the market which cost around the same price as the Dolcer. See also: Best budget Bluetooth speakers 2016.

Within the speakers packaging you’ll find a Micro-USB cable, an auxiliary 3.5mm interconnect cable and a manual. 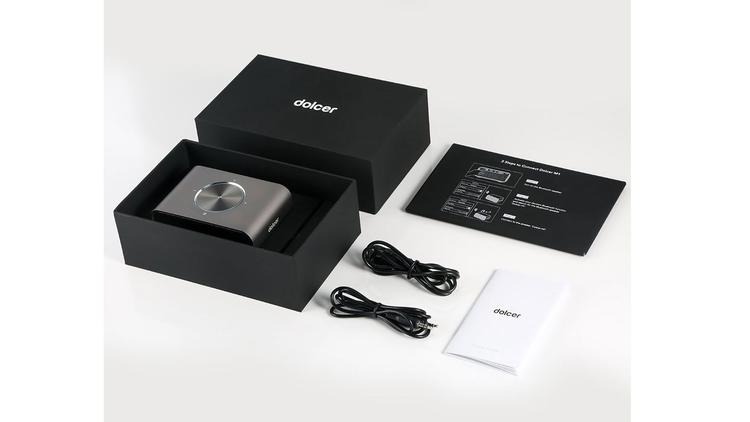 The speaker has an elegant full-metallic body construction, which is finished with a brushed grey aluminium design giving it a weight of 399g – a slightly heavy speaker to comfortably carry around, but given its small form factor of 74x111x53mm the Dolcer can be considered portable.

At the top of the speaker there is a circular four-button control wheel, which allows you to increase and lower the volume, play/pause music, answer/reject calls and enable its power bank functionality. We were disappointed not to find a way to cycle through music, forcing you to use your device to control your music collection.

The centre of the wheel presents a small blue light which signals when Bluetooth has been enabled. Around the wheel, there are four blue lights which indicate the battery level of your speaker. 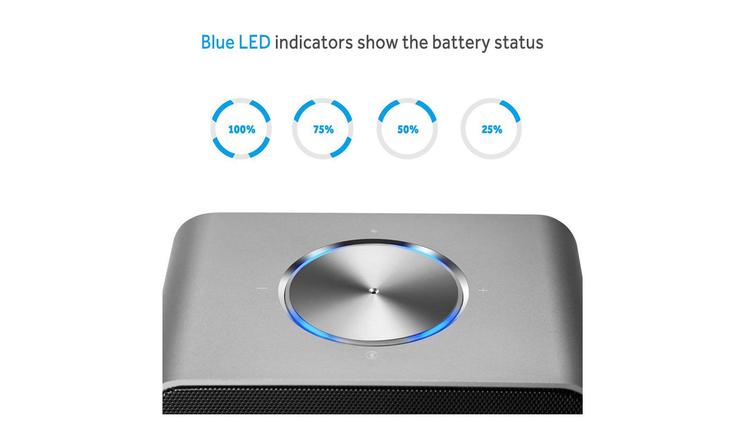 Around the back you’ll also find a USB port to externally charge your devices using the in-built power bank, a Micro-USB to charge the Dolcer, an auxiliary 3.5mm jack and the NFC contact point. It should be noted that when the auxiliary jack is connected it immediately disables the Bluetooth connection.

Under the speaker you’ll find rubber feet which prevent the speaker from bolstering around while being played.

The speaker connects through an auxiliary 3.5mm jack and via Bluetooth 4.0 + EDR (Enhanced Data Rate). The Dolcer’s EDR functionalities allow it to connect a little faster to your device, while the Bluetooth 4.0 technology give you a good signal transmission which enables you to use the speaker at around 15-20m from its source. 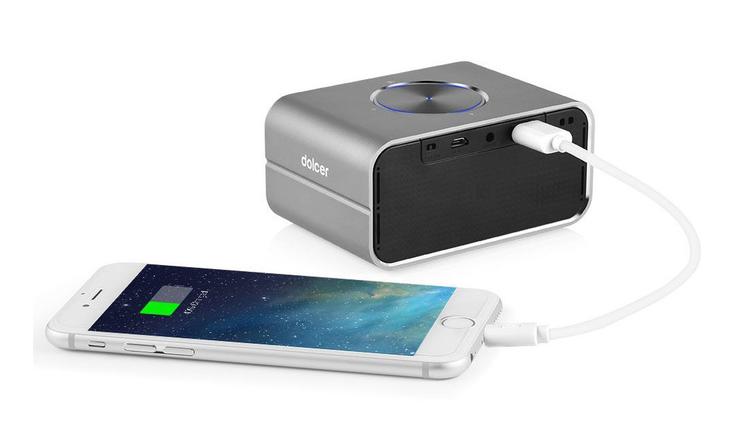 Battery life is good, as the speaker utilises its own power bank to power it for a quoted 32 hours playback. However, do remember that the battery life decreases quite rapidly if you are charging your device and using a Bluetooth transmission to play music.

We felt a little let down by the overall sound quality and volume of the Dolcer speaker. We felt the speaker would be suitable for small rooms, where you’ll be able to listen to music at a loud volume. When taken out of its comfort zone and used in a large room or as a living room speaker, the Dolcer struggles to fill a room. 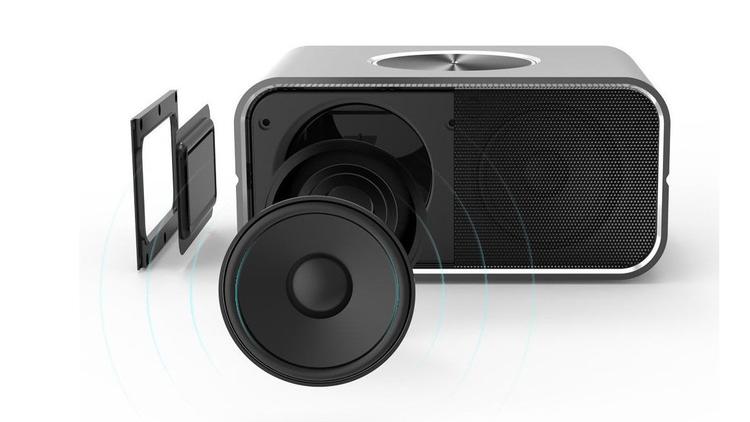 Moving on to its sound quality, we found the Dolcer to be cut-off in the sub-bass regions whereby the bass rumble was subdued. The mid-bass has a decent impact, but lacks refinement and control. The highs are rolled off at the top-end, but still provide good sparkle.

Our biggest disappointment was its soundstage which was close-sounding, lacking depth and width to the drivers’ audio output. Given its price point, we don’t expect the speaker quality to be fantastic, but felt that the Dolcer was trying to do too much in a confined space and unfortunately not performing that well in comparison to its competitors.